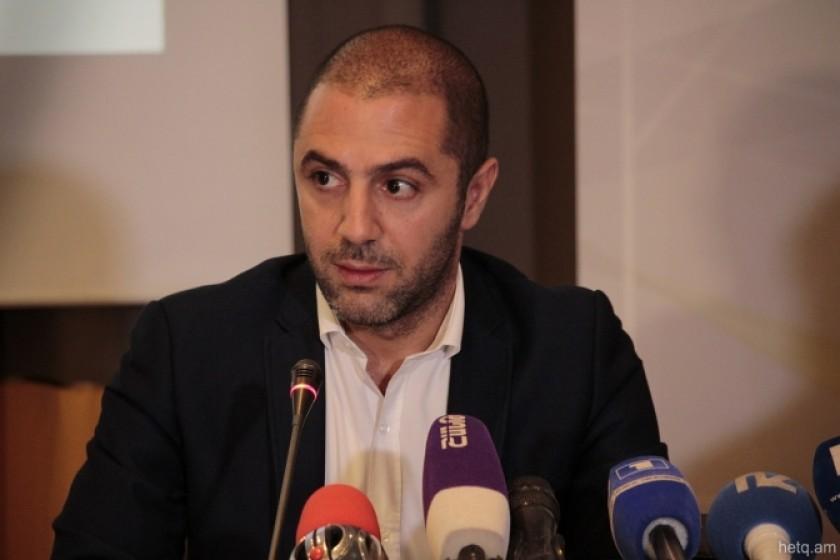 Sanitek Director Nicholas Tawil is no newcomer when it comes to defending the company’s image as Yerevan’s only garbage collector and trash hauler.

He’s been on the hotseat for more than a year now, defending Sanitek’s track record from public criticism and, more recently, from reproach by Yerevan Mayor Hayk Marutyan.

For some unfathomable reason, Sanitek officials had scheduled yet another press conference this time in Tbilisi, to explain why parts of Yerevan seem to be awash in trash.

The public outcry was so deafening that Mr. Tawil was forced to move the event to the Marriott Armenia hotel in Yerevan.

Director Tawil noted that Sanitek has been carrying out garbage disposal in Yerevan for 4.5 years, during which time the company has invested millions of Euros in Armenia in order to acquire high-tech equipment.

He said that during the first three years of its existence, the company faced numerous problems that were reported to the former city authorities.

"2018 was a critical period for the company, followed by a revolution, and because garbage was a visible issue, Sanitek became a target for political campaigning and was used as a tool to pit the previous city authorities and company shareholders against one another,” said Tawil

Tawil added that the company has no political affiliation and that its sole concern  is to properly serve Yerevan citizens.

According to Tawil, the company organized a preliminary discussion with the new Yerevan authorities in October last year and offered to add value to the service, committing to further investment and service improvement.

Tawil said it was assumed that the municipality would later bid for the purchase of garbage cans so that the garbage disposal could be carried out during the summer months.

It later turned out that the tender initiated by the municipality had failed due to legal issues and that Sanitec had to buy garbage trucks.

The company said it would buy the trucks on the following three conditions: if the municipality promised not to cancel the contract;  if it promised to provide some financial support to the company;  and if it would completely refurbish the Nubarashen landfill.

Tawil says there was no response from the municipality, adding that he read a press report that the mayor of Yerevan was going to apply to the government to contract with a new operator that would deal with garbage disposal and sanitation.

Sanitek Director Tawil argued that although they are accused of sabotage, the company itself is being sabotaged, and they have videos of how citizens intentionally burn trash bins.

Tawil assured Yerevan residents that Sanitek has done its best to serve them but noted that the company has reached a point where it has lost resources and needs the support of the Yerevan Municipality.

On July 30, 2019, Armenia’s State Revenue Committee (SRC) filed a criminal case of tax evasion against Sanitek. Tawil argued that the case is a ploy arranged by the municipality to drain resources from the company.

According to lawyer Armen Harutyunyan, the criminal case involves about 290 million drams in taxes.

Harutyunyan says that Sanitek is a foreign investment company and, like any company, when it comes to investment decisions, it studies the tax field.

The lawyer said that Armenia’s the new tax code came into force in 2011, and the law on liberalized payments has been repealed.

"Taking advantage of the Law on Foreign Investors, Sanitek appealed to the SRC and the government to report that there is concern that the law is changing and that investments may be in jeopardy and that the law on liberalized payments will continue to apply. He received an answer that yes, we can use the guarantees, after which the business has continued. After the April 2018 events, he applied to the same authorities with the same problem and received the same positive response,” the lawyer said, adding that in February 2019 the SRC had already initiated a criminal case.