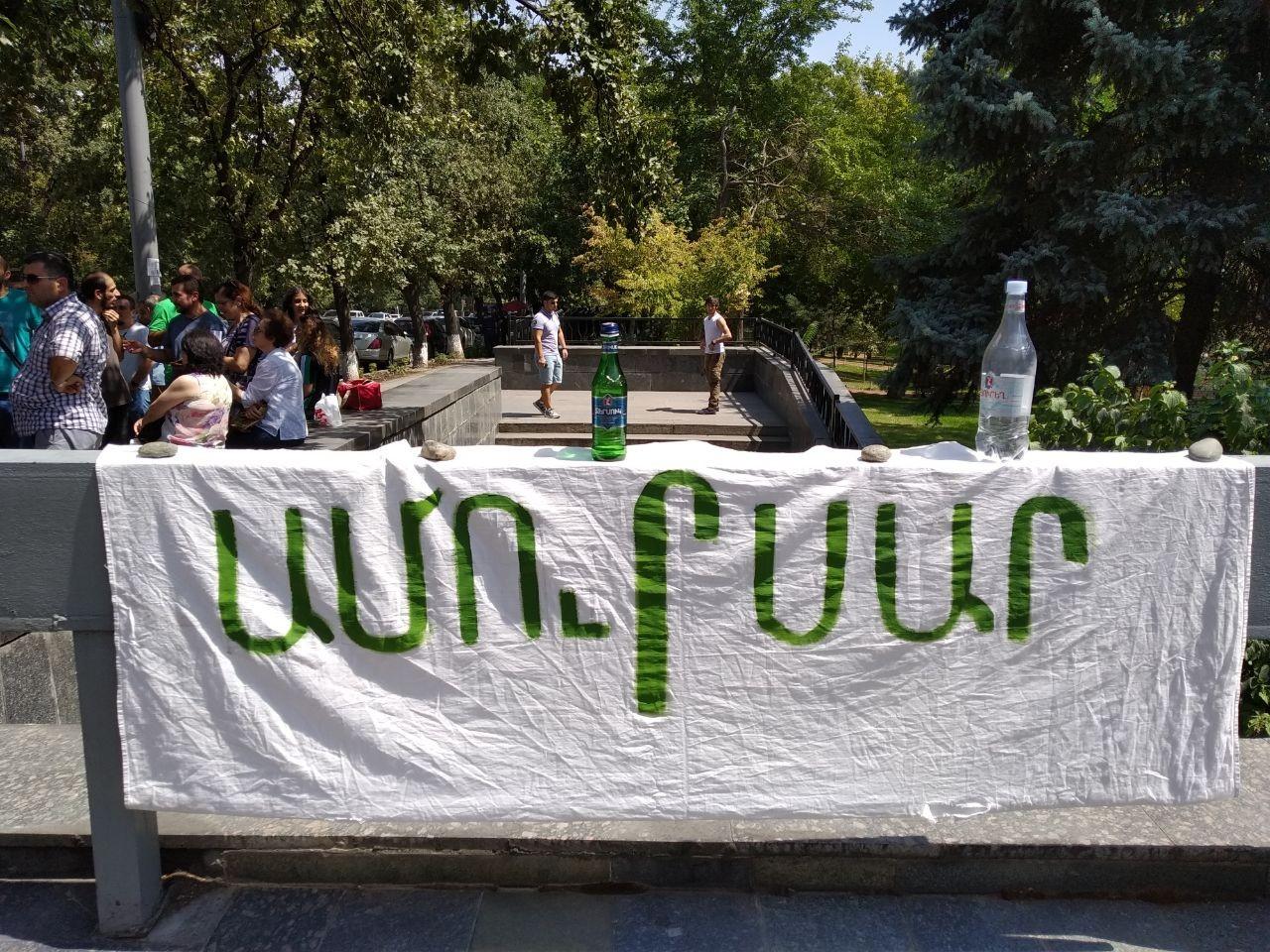 On August 19, Armenian Prime Minister Nikol Pashinyan met with citizens concerned about the issue of Amulsar.

The meeting, with residents of the Jermuk community and municipal council members, Amulsar activists, environmentalists and civil society representatives, took place at the Presidential Palace in Yerevan.

Pashinyan invited the citizens to Yerevan to discuss the conclusions reached by the ELARD company. The original English version was finalized in July, and the Armenian translation of the environmental assessment was released last week. 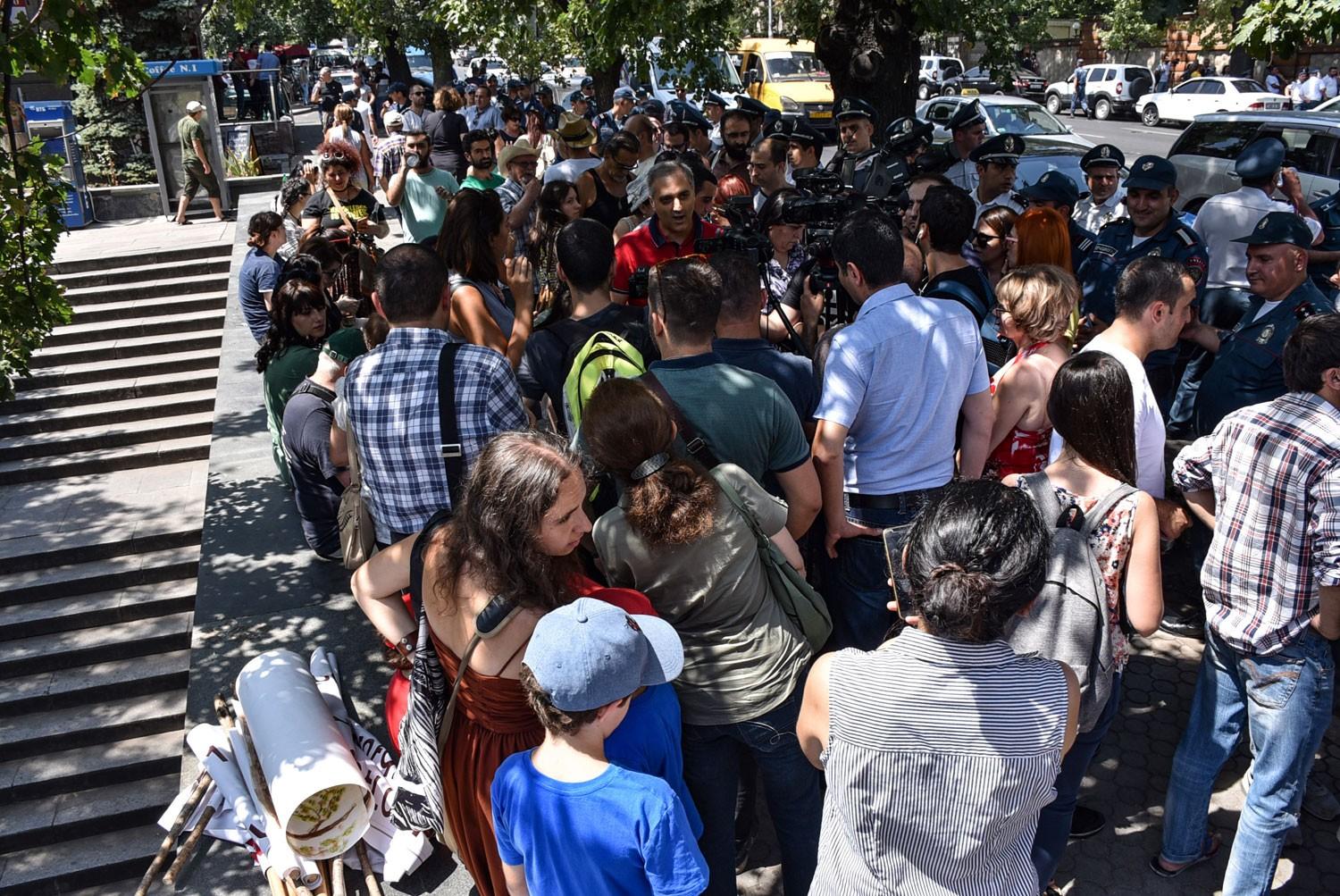 While the meeting was being held, scores of opponents to the Amulsar mine demonstrated outside.  Amulsar activists manning roadblocks to the mine had arrived in Yerevan by car from Jermuk.

The meeting, lasting some two hours, was held behind closed doors. There was no live broadcast.  Halfway through the meeting, Anna Shahnazaryan, a member of the Armenian Environmental Front, left the Presidential Palace and spoke to reporters.

Shahnazaryan said she had boycotted the meeting with the prime minister because, despite shortcomings in the ELARD assessment, Pashinyan overlooked them and "presented the facts in reverse."

Pashinyan, according to Shahnazaryan, told participants at the meeting that there were no grounds for the mine not to operate at this time and that a new expert assessment would be ordered, which would likely be carried out by the Ministry of the Environment. This means that the EIA (Environmental Impact Assessment) conducted by Lydian Armenia will remain in force.

Meeting participants told reporters that they were not satisfied with the meeting as the conclusions raised had nothing to do with the actual forensic evidence on Amulsar.

The government's position is that any environmental risks are manageable, but according to the meeting participants and environmentalists, this is a problematic and one-sided interpretation of the assessment.

After the meeting the participants decided to go to the National Assembly Park for a public discussion. However, the gates of the National Assembly were closed to citizens, and the police did not clearly state why they were not allowed to enter the park, which is usually open to the public.

Some individuals tried to close Baghramyan Avenue to protest the on-site police actions. The police forcibly cleared the street and arrested seven protesters who were detained at the Arabkir police station.

Later, Bright Armenia faction MP Ani Samsonyan exited the parliament and talked to the people at the demonstration, noting that her party was also concerned over the Amulsar issue. Some in the crowd argued that Bright Armenia is a fake opposition, recounting a recent interview given by party head Edmon Marukyan.

Naira Zorabyan labelled the police action illegal and tried to get clarifications from the police. Zohrabyan voiced her faction’s position that power in Armenia rests in the hands of the people and that if the people oppose Amulsar it cannot go forward.

The protesters reminded Zohrabyan that permission for the mine was given when they were part of the government. 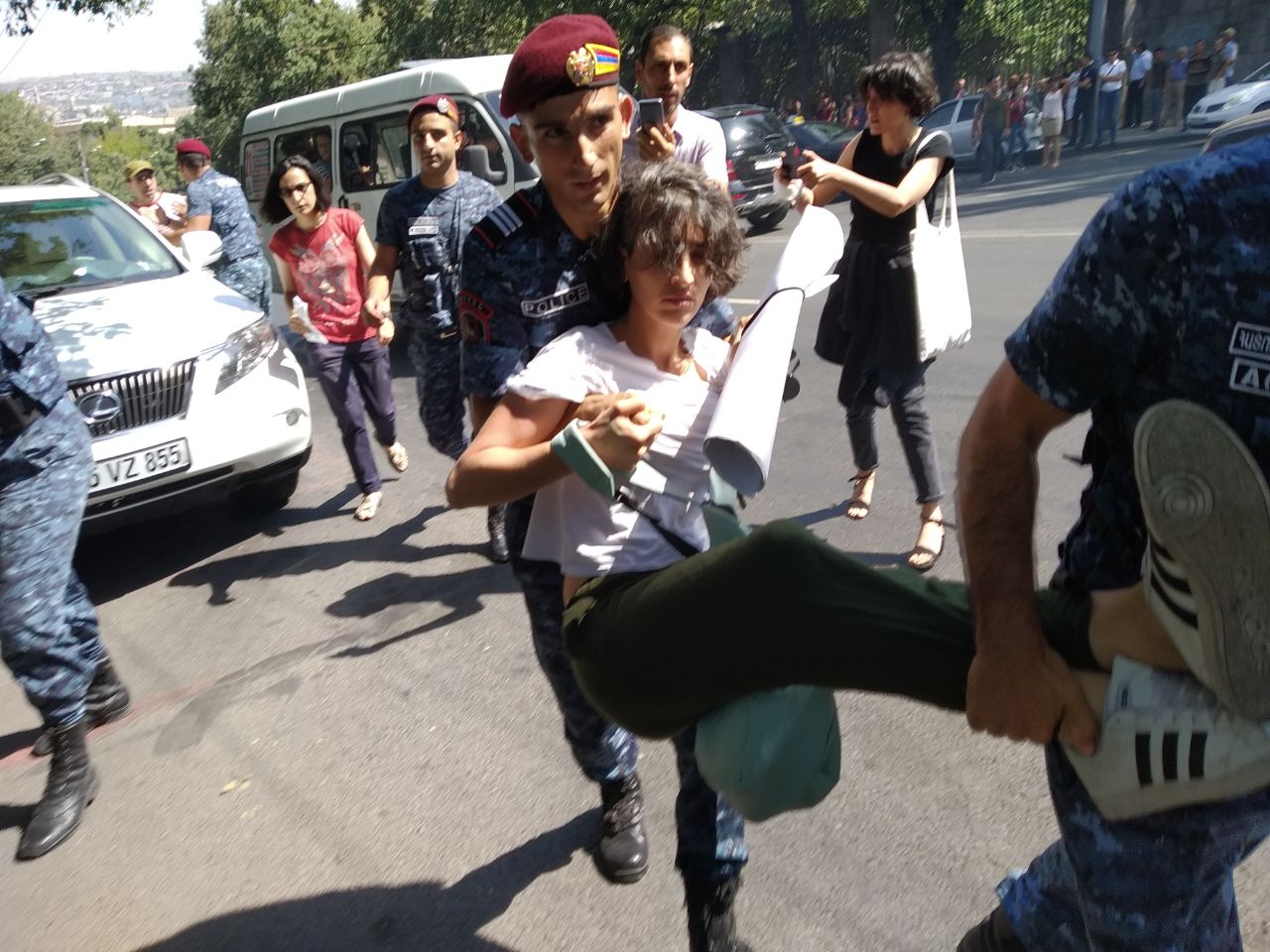 Unable to hold a public debate in the National Assembly Park, the demonstrators moved to Saryan Park.

There, they were told of what transpired during the meeting with Pashinyan by environmentalists Levon Galstyan and Anna Shahnazaryan, Gndevaz resident and journalist Tehmine Yenokyan, activist Vardges Gaspari and others.

The public discussion lasted about an hour, after which it was decided to hold another public discussion to determine further actions by those opposed to the mine Prime Minister Pashinyan wrote on his Facebook page that he would later clarify his position on Amulsar via a live TV broadcast.

Amulsar activists who had arrived from Jermuk then returned to their camp near the mine site.