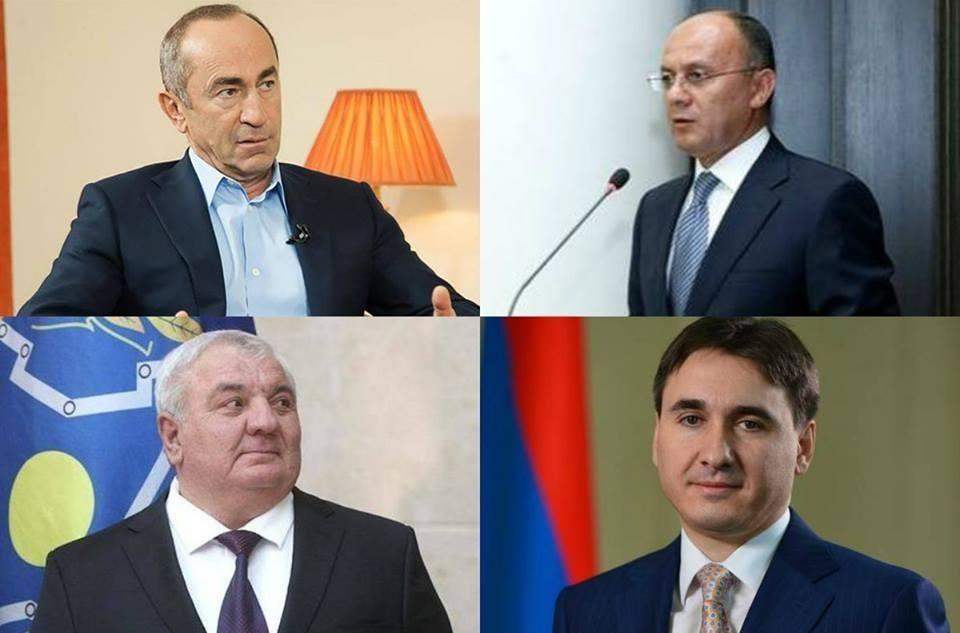 Trial of Kocharyan and 3 Others Implicated in March 1, 2008 Case Set for September 12

The trial of former Armenian President Robert Kocharyan and three other ex-government officials charged with the overthrowing of constitutional order during the post-election protests in Yerevan on March 1-2, 2008 is set to begin on September 12 at the Shengavit branch of Yerevan’s Court of General Jurisdiction.

The other three defendants in the case are Armen Gevorgyan  (Armenia’s National Security Council Secretary at the time) and two other former government officials (then Armenian Deputy Minister of Defense Yuri Khachaturov and Seyran Ohanyan, who was Chief of the General Staff of the Armenian Armed Forces in March 2008). They too have been charged with usurping state power during the 2008 protests.

Ten people died during the protests, culminating on March 1-2, 2008, and scores more were injured when police and army units were mobilized to disperse demonstrators who opposed the results of the February presidential election recognizing Serzh Sargsyan as the winner.

Kocharyan, who has also been charged with bribe taking, is currently in detention.