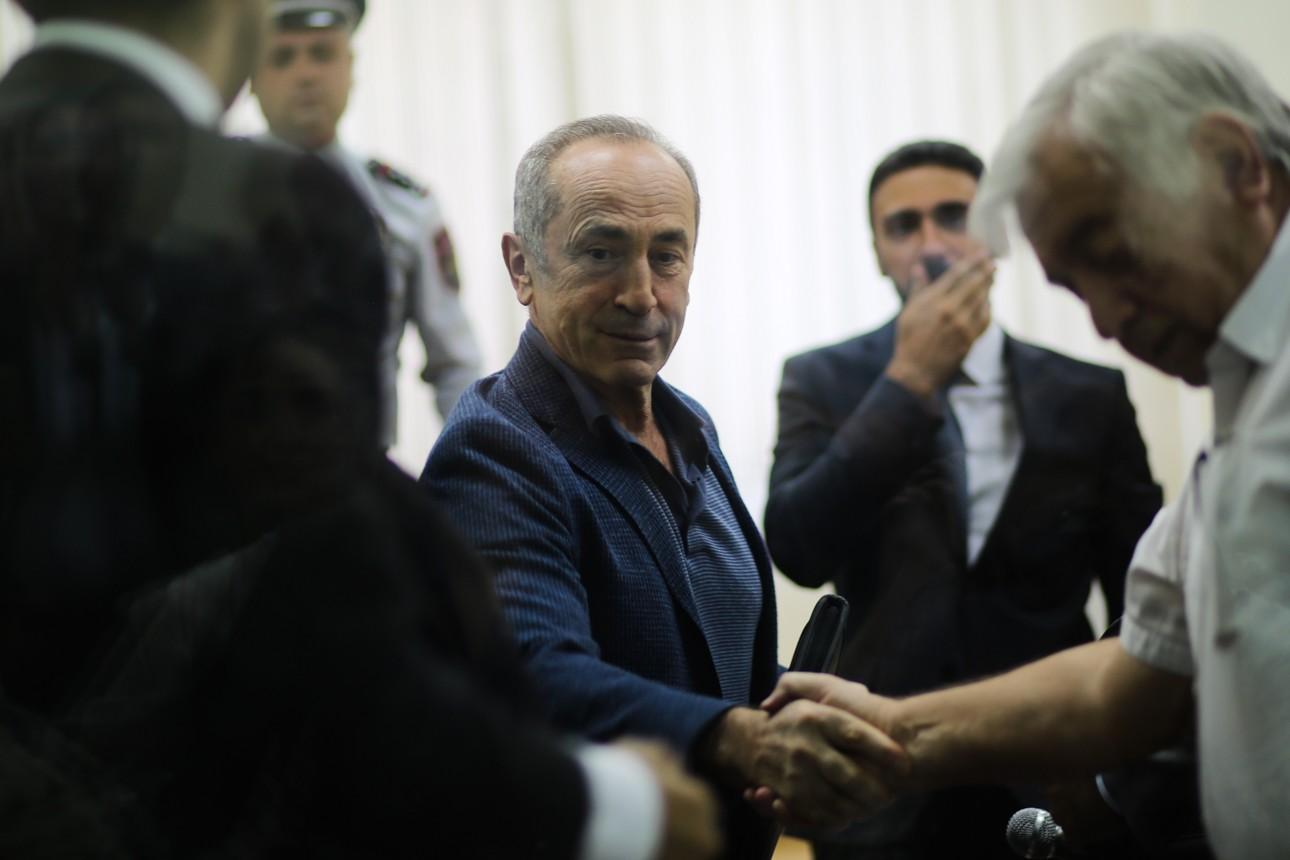 Kocharyan in Court: "My rights have been violated so many times over the past year"

At today’s trial session, ex-Armenian President Robert Kocharyan again described the charges against him as nothing more than a political witch hunt that will be recorded in school textbooks as the most shameful criminal case in Armenia’s history.

Kocharyan and three other ex-government officials are charged with the overthrowing of constitutional order during the post-election protests in Yerevan on March 1-2, 2008.

The trial got underway today at the Shengavit branch of Yerevan’s Court of General Jurisdiction.

“My rights have been violated so many times over the past year,” Kocharyan declared in court today.

His defense team filed a petition to have him immediately released from detention during the trial.

“I sometimes think to myself if they can persecute the former president this way, what else can they do?” Kocharyan asked.

The other three defendants in the case are Armen Gevorgyan (Armenia’s National Security Council Secretary at the time) and two other former government officials (then Armenian Deputy Minister of Defense Yuri Khachaturov and Seyran Ohanyan, who was Chief of the General Staff of the Armenian Armed Forces in March 2008). They too have been charged with usurping state power during the 2008 protests.