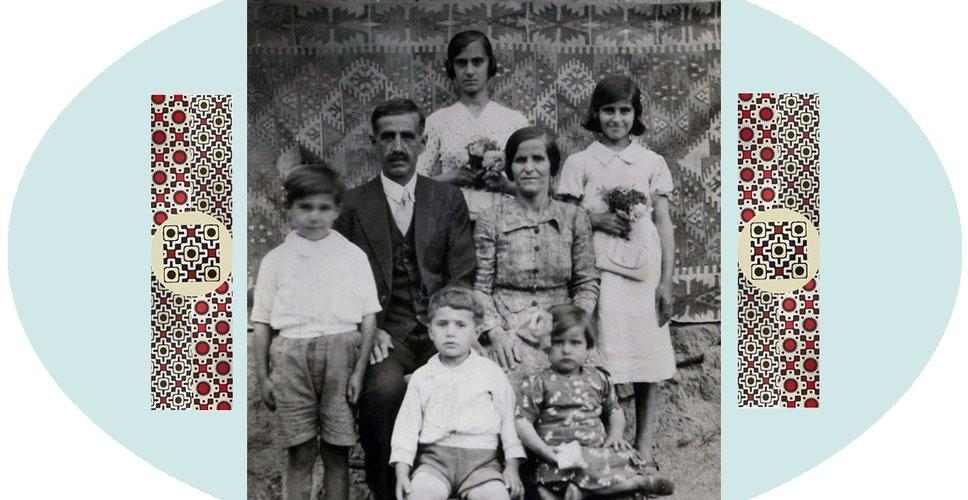 Exogamy was the norm in family formation: a distance of “seven navels” of blood relations was kept to avoid genetically transmissible disorders from occurring. [1] As a rule, marriages were arranged. Parents knew best for their son, but obtained his consent after focusing on a suitable girl. They then conducted a background check on her and her family’s socioeconomic status, reputation, and physical/mental fitness. Eventually, before making any commitment, the girl’s family also inquired about their future son-in-law and his kin. These checks were more easily done in village-endogamous cases, where people knew each other rather well, than in village-exogamous ones, which were not too common. [2] Elopements took place occasionally when a boy and a girl were in love and her father opposed their union. [3] In case of legal recourse, the girl’s wish prevailed. [4] Girls commonly married in their teens and boys by their mid-twenties. In rare instances, especially when a girl’s material wealth or inheritance prospects exceeded those of the male suitor, she could be older than him. [5]

Generally speaking, asking for a girl’s hand in marriage and obtaining her family’s consent involved three visits to their house by a delegation representing the bachelor’s family. During the first visit, the priest/pastor, chairman of the parish council/church board, a village notable, and or an elder male member of the family made their intentions known. During the second visit, the team obtained verbal approval. The actual engagement took place during the third visit with both families participating. Festivities marked the occasion. While engaged, the couple could not meet privately or speak to one another even in the presence of others so as to maintain family “honor” or “dignity” and also keep a certain distance just in case things went wrong. [6]

Weddings took place on Saturdays. Specially prepared foods and traditional music, songs, and dances enriched the celebration. The groom and godfather were dressed by the igitbashi (leader of braves) and his informal voluntary association of village bachelors. A group of women, including unmarried women and newly-wed ladies, performed similar rituals at the bride’s house. A joyous procession marched from the groom’s house to the bride’s house, picked her up, and led her to the church, usually on a horse. As a rule, the bride’s parents did not attend the church service, the explanation being that they “mourned” her leaving their home to join another family. After the wedding ceremony, the groom’s relatives converged on his residence to continue the celebrations. Young women from the bride’s side carried the kumash (fabric) and other articles as part of her uzhed (dowry), while a man carried the heavier dowry chest. Before the couple’s entry into the house, the bride symbolically smashed a clay jar to dispel evil spirits. She also threw a pomegranate to the ground or at a wall in hopes of having as many children as the number of seeds that burst out. Festivities continued through Sunday. The honeymoon took place at the husband’s house (traveling to a preferred or exotic destination was an unknown luxury). Celebratory gunshots fired in the air signaled the bride’s virginity at the time of marriage (the method of verifying virginity is not specified), thereby satisfying both families that their honor remained unblemished. [7] Last but not least, only death could separate a couple; divorce was virtually unheard of. [8]

Children were expected to be born within the first year of marriage. Traditional treatments, sometimes mixed with folkloric rituals, were employed in case a woman did not become pregnant. But divorce was not an option even if all conception methods failed. People preferred to have a boy as their first child, for two reasons: to continue the family name and to have an economic helping hand. The first male and female children were invariably named after their paternal grandfather and grandmother. Boys and girls were raised differently after a certain age. In the case of boys, emphasis was placed on hard work so that they could support their families in the future. In the case of girls, childhood was a time for learning how to become good housewives. That is why, generally speaking, girls’ formal schooling was not considered as important, [9] although that mentality had begun to change.

Husband-wife relationships, and the social status of men and women in general, differed to some extent depending on location and religious denomination. The Musa Dagh villages could be divided into two groups for our purposes: Group 1: Yoghunoluk, Kheder Beg, Vakef, Kabusiye; Group 2: Bitias and Haji Habibli. In Group 1, there was marked inequality between the two genders. Men made the important decisions and gave the orders, while women had to obey without questioning them. However, women, not men, carried heavy loads of wood and bushes, as well as water from the springs. Men did not even carry their children in public, considering it inappropriate, if not shameful. [12] Although women shouldered a heavier burden than men in terms of house chores, child rearing, and economic contribution, their duties were not acknowledged or appreciated by society at large. If a couple went out together for some reason, they walked separately, with the wife trailing behind. At the Apostolic Church, men occupied the front section, followed by elderly women in the middle and younger ones at the far end near the entrance. [13]

In Group 2, women felt less constrained by traditional, conservative dictates. Within the Protestant community especially, they were more outspoken in their views. Husbands were less controlling and more respectful towards their spouses. Married couples usually walked next to each other on outings, sometimes even arm-in-arm. No less burdened with heavy labor than women elsewhere, they were nevertheless recognized for their substantial contributions to family well-being. There certainly was physical separation between genders during church worship. But it was a parallel division, meaning, the men sat in the right pews and the women in the left pews facing the pulpit, thus not according to a front-back order. The Apostolic community in Bitias, while not as liberal, was influenced by the Protestants and therefore less conservative than its counterparts in Group 1. [14] The Haji Habibli community, although belonging almost entirely to the Apostolic Church, was quite similar to its Bitias coreligionists in terms of women’s status and gender relationships. This can be explained in part by the familial relationships that a number of people from both villages had, and by their proximity. [15] Information pertaining to man-woman relations and status in the smaller Catholic communities of Kheder Beg and Yoghunoluk is not available. However, it would be relatively safe to assume that Catholics were closer to conditions existing among their fellow Apostolic villagers.

With some exceptions, the husband in Group 1 did not speak with or refer to his wife by her first name. He instead called her meir (our), chujekhnen muar (the children’s mother), genag (wife/woman), ashgein (girl/daughter of… [father’s name]), etc. [16] In turn, the wife addressed or referred to her husband as mourt (man/husband) or meir mourt (our man/husband). Why? In the case of men, it was because expressing affection whether at home or in public, even by just mentioning the wife’s Christian name, was considered shameful, or not uttering her name would affirm or reinforce his authority or superiority. In the case of women, they had to maintain the expected formality by addressing their spouses in the third person. [17] But in Bitias, both husband and wife called each other by their first names [18]—another manifestation of informality or open affection. This, and some of the above phenomena, could be explained by the many decades of exposure to American Protestant missionary liberalism, at least compared to Musa Dagh conservatism, [19] and as an effect of the bourgeois lifestyles of summer vacationers.

An elaborate terminology identified the various family members including those of in-laws and godfather. Dud and mar denoted father and mother, respectively. Babag was the designation for paternal as well as maternal grandfather. But “grandmother” was treated differently. While dadimar literally meant father’s mother, kiremar meant maternal uncle’s mother. In other words, maternal grandmother came to be known through her son rather than directly through her daughter. This can be viewed as yet another indication that Musa Dagh society was by and large patrilineal. The paternal uncle was amma, whereas his wife was called aghpergen, that is, (father’s) brother’s spouse. Hurker/hurkayr was paternal aunt and hurkerar her husband. Kira was maternal uncle and kiregen his wife. Murker/murkayr was maternal aunt and murkerar her husband. A woman’s father-in-law and mother-in-law were known as (e)sgsrar and (e)sgiseur, whereas a man’s father-in-law and mother-in-law were called kayenbaba and kaynana. The word for husband’s brother was dakrari and that for his wife nirdigen. The husband’s sister was dul or daldigen, but no particular name, it seems, existed for her husband. On the other hand, the wife’s brother was keina. A man’s family called his wife hurs (bride/daughter-in-law) and their daughter’s husband piso (groom/son-in-law). Siblings and cousins called each other aghpar (brother) and kayr/kureug (sister). A grandchild of either sex was turen. As for godfather, he was addressed as bub, his wife as mum, mother as babumar, and sister as babuker. Strangely, here too the bub’s father and brother did not have particular designations. However, the godfather’s entire family was respectfully addressed as babenk. People followed in-law- and godfather-related protocols attentively, as reciprocal invitations, visits, and/or gift exchanges took place on special family occasions and religious holidays. [20]

Musa Daghian surnames, which may be divided into six main categories, constituted additional indicators of social roles, status or relationships. To begin with, a significant number of families identified themselves by the first name of a founding ancestor or patriarch plus the “ian” Armenian suffix, in this case meaning “descendent of.” Thus, Tovmasian, Torosian, Matosian, Antreasian, Mikaelian, Aprahamian, Andonian, Nigoghosian, Melidonian, Isgenderian, and so on. Because some families hailed from priestly background, they added the Der (Father/Lord) title to their surname: Der Kalusdian, Der Bedrosian, Der Hovhannesian, Der Arakelian. Second, a tangible fraction of last names revealed the bearers’ geographical origin, such as Bolisian (from Constantinople), Stambulian (from Istanbul), Izmirlian (from Izmir/Smyrna), Bursalian (from Bursa), Aintabian (from Aintab), Urfalian (from Urfa), Kebreslian (from Cyprus), and Kesablian (from Kesab). [21] In other words, the Musa Dagh community comprised a mixture of people from different places, whose forebears had migrated to or taken refuge in Musa Dagh for various reasons, thereby adding to a presumed original core which must have existed since antiquity.