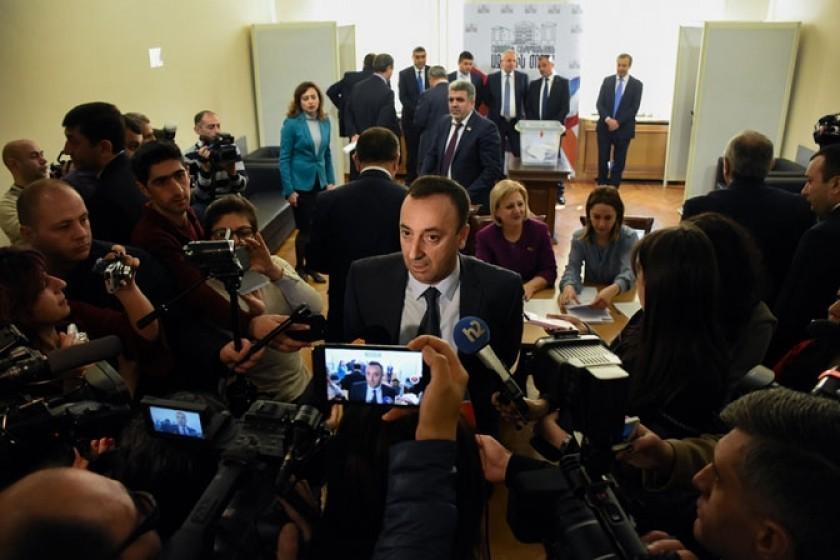 The bill was introduced by the Im Kayl (My Step) faction, which enjoys a majority in the parliament.

The Constitutional Court will now decide whether there is adequate justification to strip Tovmasyan of his power.

According to the bill’s backers, Hrayr Tovmasyan committed substantial disciplinary violations during the examination of former Armenian President Robert Kocharyan's appeal to the Constitutional Court. That is, he showed bias, since he is the godfather of Kocharyan's defense lawyer Aram Orbelyan, a fact   Tovmasyan did not raise to avoid possibly being recused from the case.

The bill also mentions that Tovmasyan held various high positions during the reign of Republican Party of Armenia, and that force has supported Kocharyan.

It should be recalled that Hrayr Tovmasyan was elected to the Constitutional Court on March 2, 2018 with 64 votes in favor and 27 against. His candidacy was nominated by former parliament speaker Ara Babloyan.

preston bagrationi 2019-10-07 19:56:42
A vote of 98-1, according to Western statisticians shows a vote which is mired in lies, theft and corruption. There is absolutely NO VOTE that can garner 98-1 vote. The current regime is acting quite with dictatorial powers, and this is NOT good for Armenia. When Pashinyan accused the former regime officials of sleeping with the oligarcgs, little did he know that he Pashinyan himself will do the SAME EXACT THING and sleep with one of Ukraines most corrupt oligarch, and use his private plane.