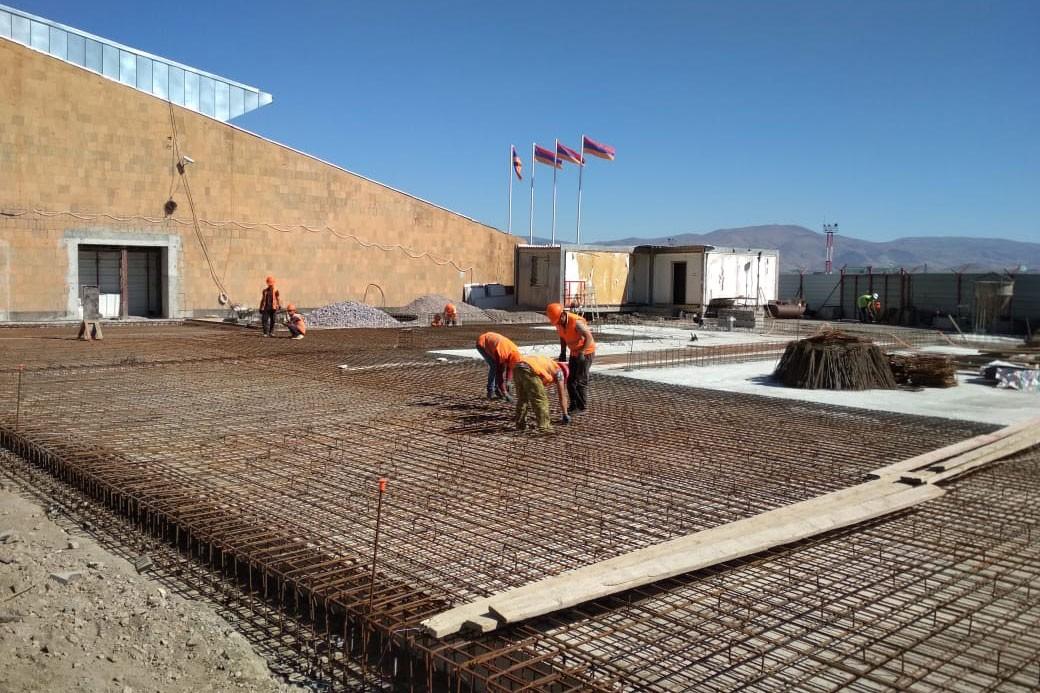 There are large-scale construction works taken place in Gyumri “Shirak” Airport by "Armenia” International Airports” CJSC. A new arrival hall is being built, the apron is being reconstructed, andthe unpaved groundwork is being aligned and tightened.

The amount of investments aimed at improving and technical equipment of “Shirak” airport would be at around 5 mln. USD.

Please note that the Airport “Shirak” of Gyumri has been operating since 1961 and it is the second in the Republic of Armenia. In 2007, owing to the resources allotted by "Armenia” International Airports” CJSC, the runway has undergone major overhaul and has been completely asphalted (length 3220 m, width 45 m), a new light-signal system IDMAN of Finnish production has been installed, repair works have been carried out in the ramp and special ground handling technics have been imported.