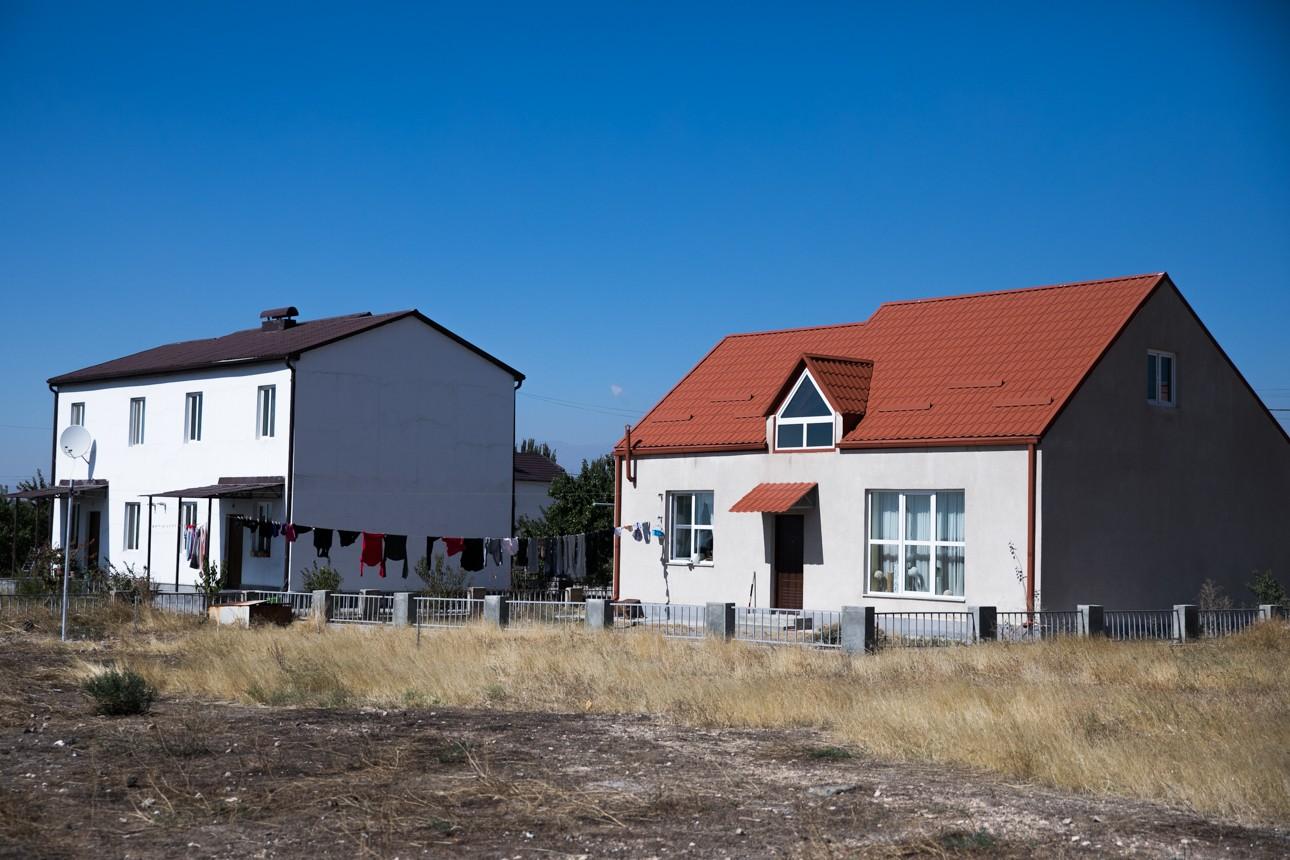 Yerevan's "Hope Village": Residents Say They are Being Forced to Purchase Homes Allotted Them Under Charity Program

Dozens of residents of Yerevan’s Hope Village, in the district of Davtashen, are worried that they will lose their homes because of recent changes being made by the Diaconia Charitable Foundation.

Residents told Hetq that Baruir Jambazyan, president of the foundation and Ararat Grigoryan, a lawyer, had called the residents to a group meeting, offering to buy their houses for a "symbolic amount" or to sign a contract with the foundation on new terms. Residents say their new contract will oblige them to pay land tax and property taxes, garbage and irrigation water.

As a result of complaints from residents, this process has been suspended. 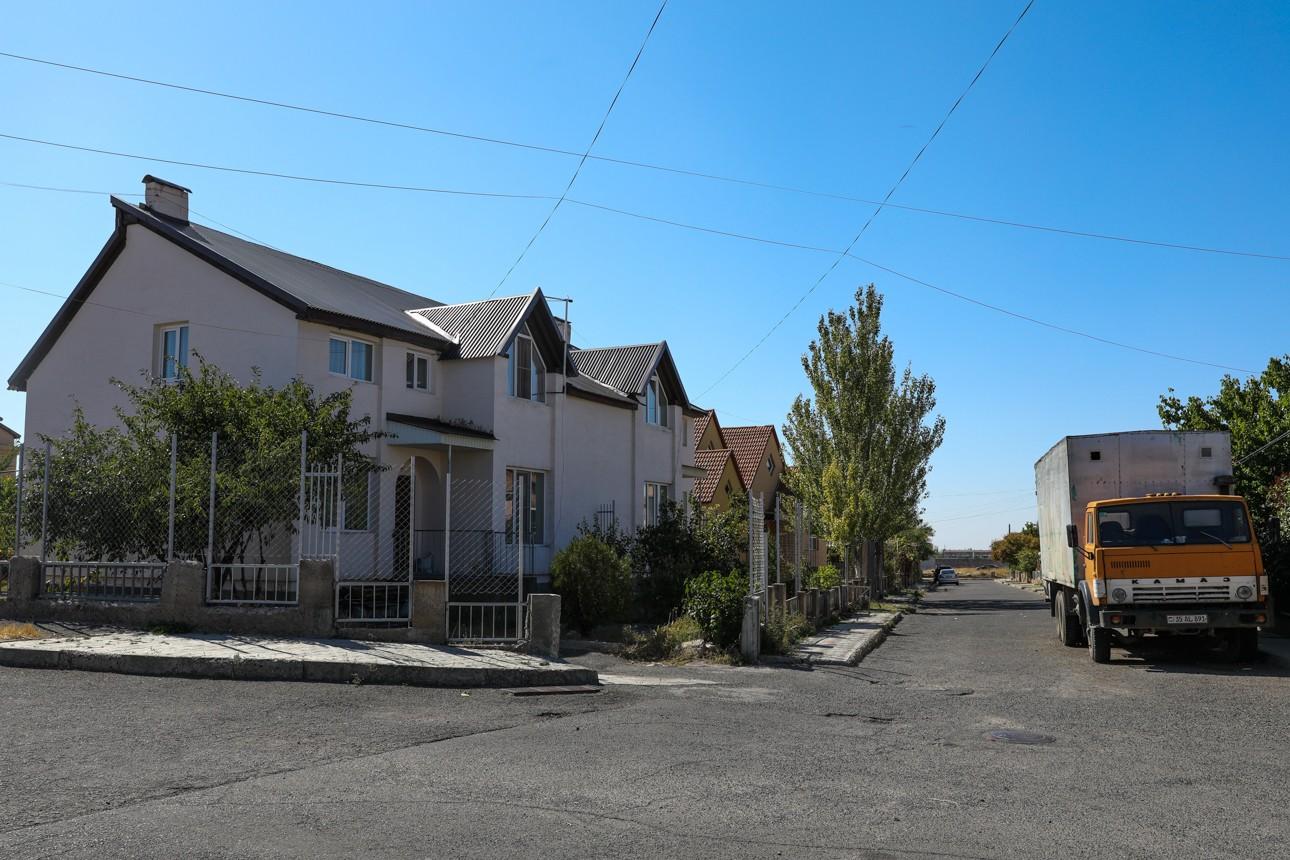 Government defines "Village of Hope" as a charity program

The Diaconia Charitable Foundation was established in 2001. In the same year, the government’s Central Commission for Humanitarian Aid granted the foundation 16 acres of land near the Ashtarak Highway to create a residential neighborhood. It was intended to house 200 needy families. 79 families currently living in the settlement.

According to a government-approved plan, the homes were given to families on a free, indefinite basis, with the foundation owning them. However, district structures cannot be sold or put up for collateral, as determined by the governmental commission. 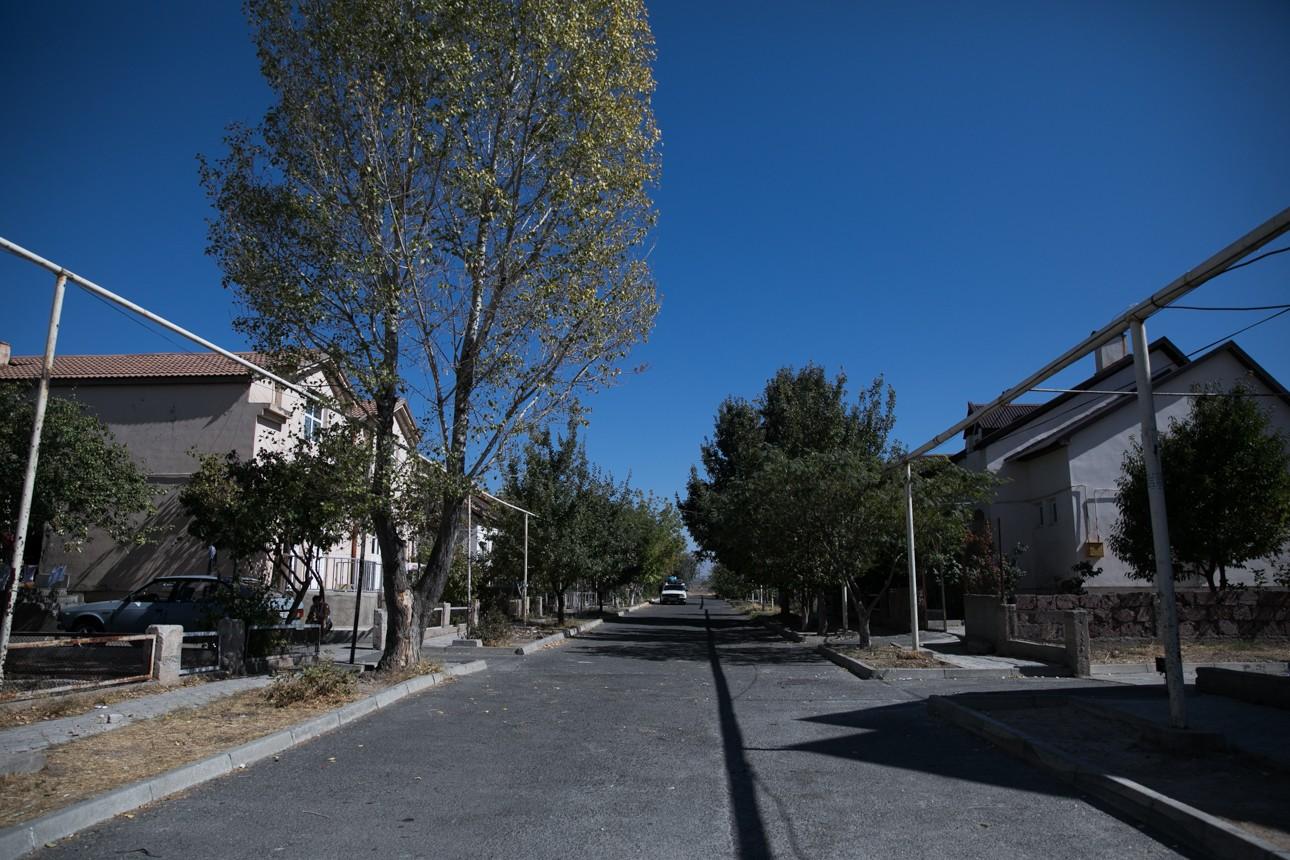 Residents asked to buy their homes

Diaconia Charitable Foundation signs a contract with the residents of Hope Village every five years. It regulates the relationship between the residents and the foundation and defines the rights and obligations of the residents.

Artak Srapionyan, a 13-year resident of Hope Village, also received a proposal that he purchase the house he lives in. The home was provided to his family for free, for an indefinite period. In July 2019, the foundation's director and lawyer told Srapionyan out of the blue that he either had no sign a new contract, with new conditions, with Diaconia, or buy the house outright.

Srapionyan said that at the meeting they also proposed that he write a letter about his status, which, along with other residents' applications, would be presented to the government and he’d thus be able to privatize the land allocated to the Hope District. Later, in the conversation with Hetq, Diaconia President Baruir Jambazyan clarified that they would apply to the Government for another purpose.

“The lawyer said the foundation was no longer able to pay money for land tax, property tax, garbage, irrigation water. They said the contract clauses would be updated at the time of the new contract, and all those clauses would include garbage, irrigation water, land and property taxes. He said that once the land privatization problem was resolved, they’d determine the house prices. He said they’d give us a discount, paying a symbolic amount. The man was specifically suggesting that if we did so, he would start selling those houses,” Srapionyan said.

Srapionyan asked for several days to study the new contract and claims that, in response, the foundation’s lawyer said, "In that case, we have nothing to talk to you about. We’ll do it by the book.” 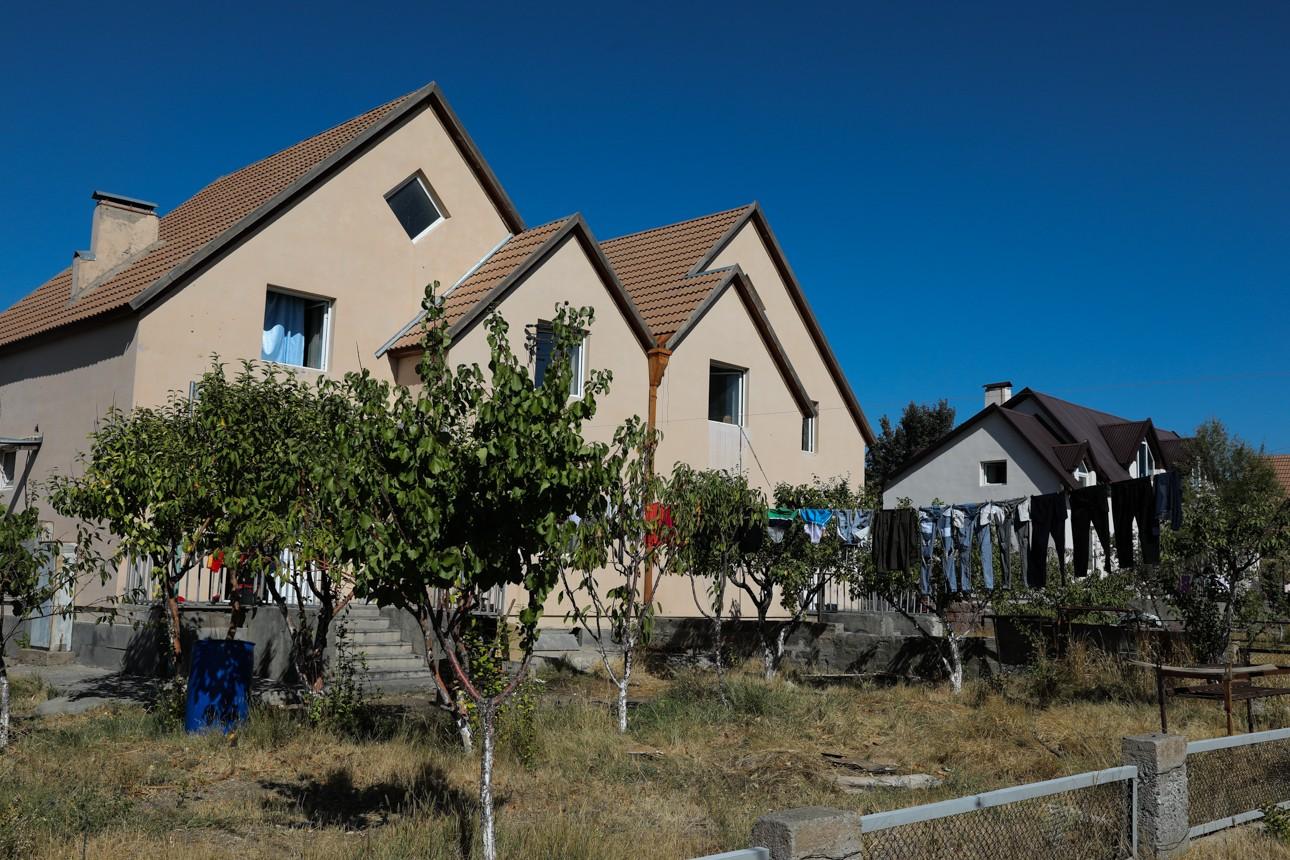 “The guy has deviated from his charity and engaged in commercial activities. That is, he wants to sell the fund's property. But the fund's property is not its property, it was donated by benevolent people from Europe,” said Hope Village resident Roman Chilingaryan.

"The man was selling the apartment to us but couldn't due to the foundation’s charter that states that the non-profit organization and the president of the foundation have no right to use foundation resources for personal gain. The government has exempted everything, even construction cement from VAT,” Chilingaryan said. 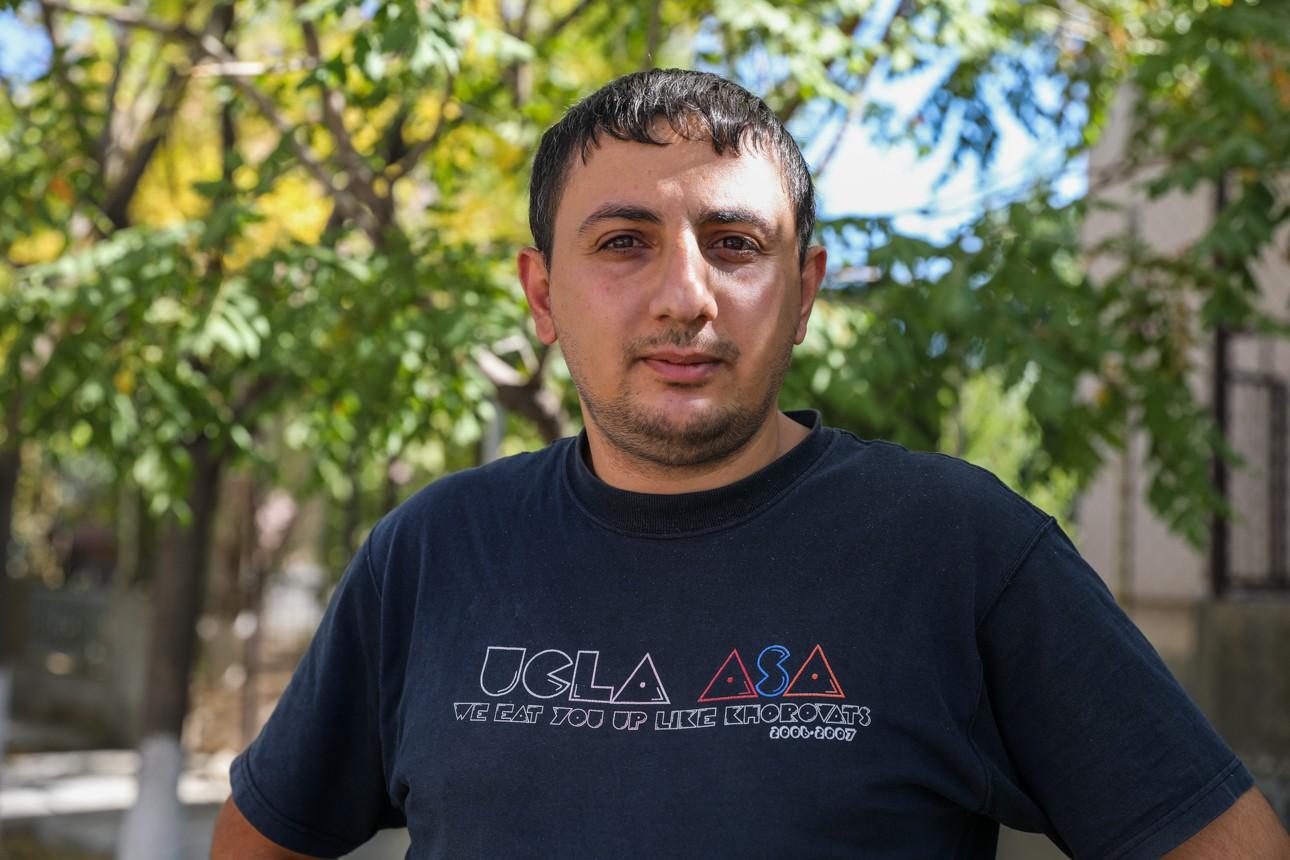 Why has Diaconia Foundation decided to sell the houses?

Diaconia Charitable Foundation President Baruir Jambazyan, in a conversation with Hetq, did not deny that the foundation had made offers to residents to buy their own homes. He emphasized that this was merely a discussion and that he wanted to hear what residents thought.

"We will respect our residents and not make any decisions without knowing their opinions. The offer was specific. We would say that we are discussing the matter and would contact the government if most residents agreed to the purchase proposal.  Purchasing doesn’t mean at the going market rate, but that we’d set a per square meter price. A two-bedroom house could cost $7-8,000,” said the foundation's president. 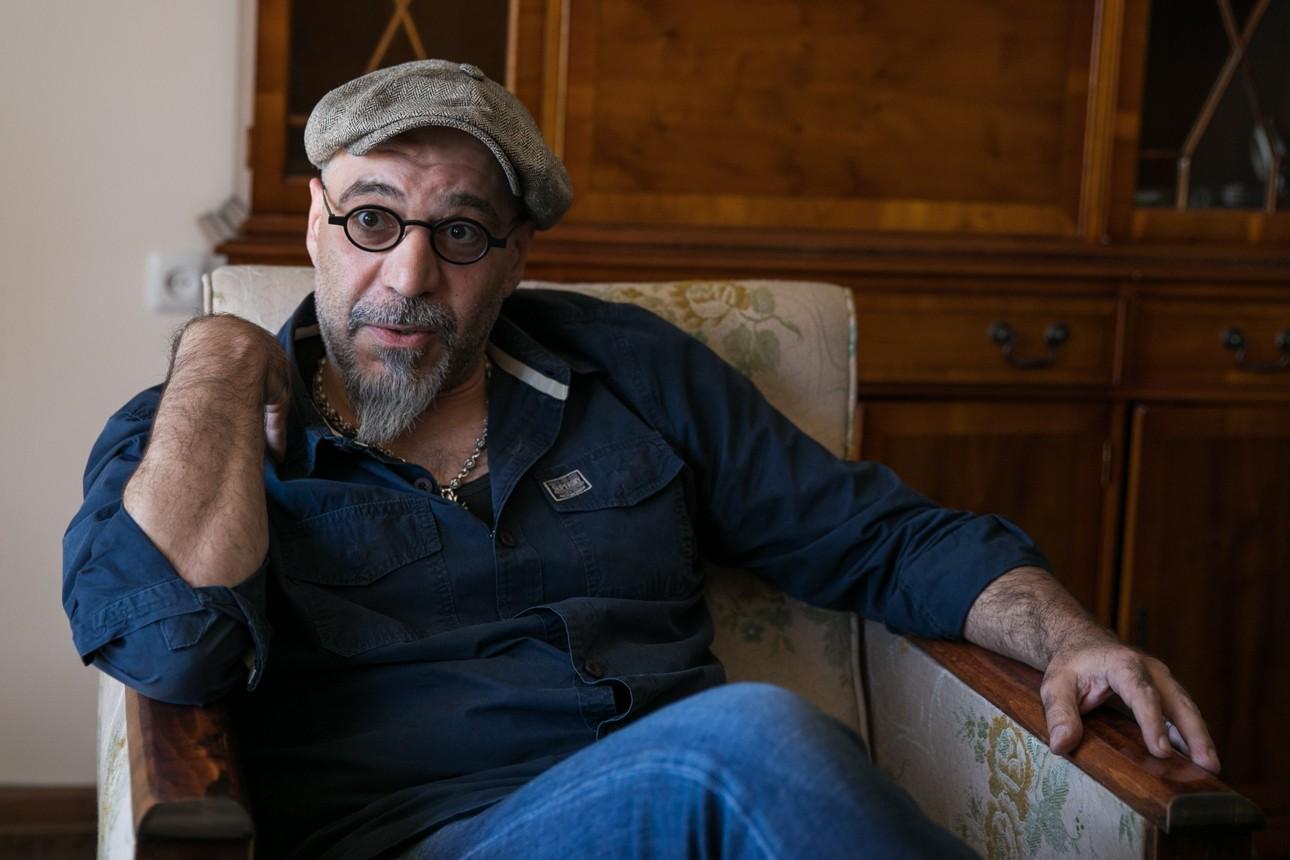 Hope Village residents turned down the offer to purchase their homes.

“Charity has made people a little lazy," Jambazyan said.

Jambazyan claims that he had no intention of enriching Diaconia, and that the proceeds from their sale would have been used for other charitable projects.

Jambazyan also argues that the houses were never donated to residents in perpetuity. Rather, allowing them to live in the houses afforded them the means to get their lives in order and plan.

The president of the foundation emphasized that if the residents decided to buy the houses, the government might have supported the initiative, as in 2001 the executive approved the program as charitable.

Jambazyan refuted claims by residents that the foundation would apply to the government to privatize the land allocated for the construction of the Hope Settlement in 2001.

He said the land has been owned by the foundation since 2008. And they were applying to the government for another purpose.

“It is worth talking to the government, discussing matters and getting their opinion. Only then can we see what opportunities the government must help address this issue. There were plenty of questions that we could ask the government to mediate. One of the goals was that the government could lend money to the bank, and, in turn, the bank to the residents who do not have the money, so that these people can buy these apartments,” Jambazyan said.

Hope Village was built with donations, and Jambazyan says these donor organizations are not against the selling of these donated homes.

Referring to the fees for waste and irrigation water, land tax and property tax, Baruir Jambazyan emphasized that they are not new, and were set out in the previous contract.

This time the foundation has firmly decided that it is up to the residents, not them to pay.

“We cannot solve all their problems. It would be wrong for us too, because we have already taught them badly,” Jambazyan said.

Jambazyan claims that residents not able to purchase their homes would remain in the village but would have to comply with all the terms of the contract by paying utility bills.

Residents petition government, but to no avail

Hope Village residents have applied to several state agencies to draw attention to and address these problems.

The Ministry of Justice said that the dispute was of a civilian nature, and that they had no power to investigate.

A few days ago, Roman Chilingaryan received a reply from the Ministry of Labor and Social Affairs stating that the government's 2001 decision to settle disputes between residents and the foundation is resolved through negotiations, and disputes are referred to a court hearing if no agreement is reached.

Underlining this circumstance, the Ministry said that the legality and resolution of the existing disputes are beyond their purview.