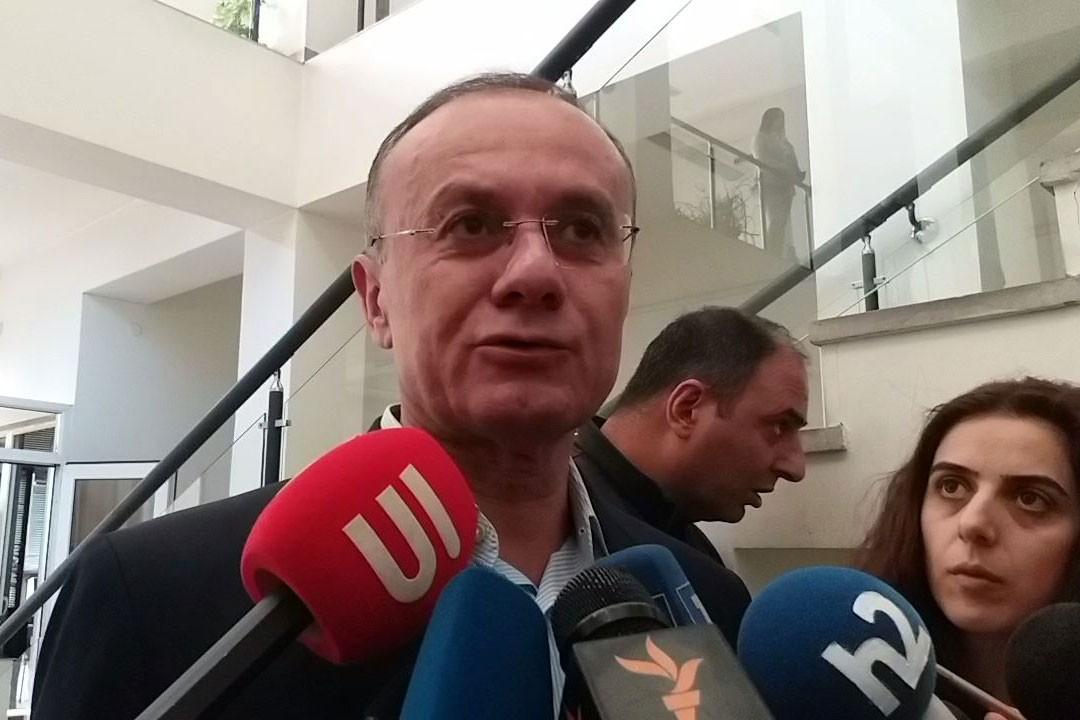 Former Armenian Minister of Defense Seyran Ohanyan, now on trial for usurping state power in Armenia during the March 2008 post-presidential election protests, today, in court, argued that ex-Armenian President Robert Kocharyan, one of his codefendants, should be released on bail.

"It is unacceptable to me that one of the presidents who has shaped a 30-year history is in prison,” Ohanyan told reporters outside a Yerevan courthouse today before his trial.

Referring to a petition organized by some public figures demanding that Robert Kocharyan be released, Ohanyan noted that Armenia’s second president could be released.

“Robert Kocharyan calmly and boldly came forward and presented himself when needed. He satisfies whatever demands they make. I think that if he’s released, he cannot impede anything, ” Ohanyan said, expressing confidence that those who’ve testified in the case aren’t lying.

Ohanyan said that he would be applying to the German Embassy in Armenia for permission to travel to Germany regarding a prosthetic issue.

The trial of former Armenian President Robert Kocharyan and three other ex-government officials charged with the overthrowing of constitutional order during the post-election protests in Yerevan on March 1-2, 2008 began on September 12 at the Shengavit branch of Yerevan’s Court of General Jurisdiction.