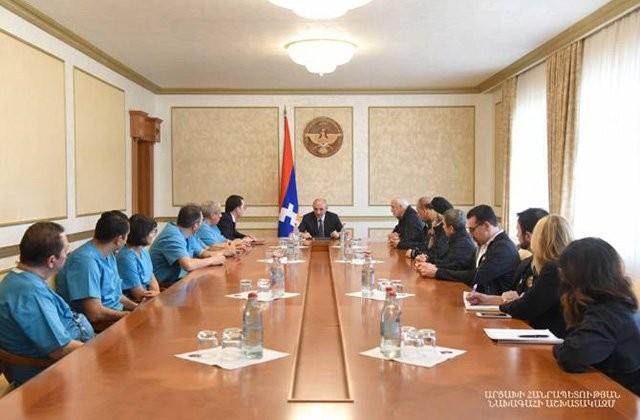 The following statement was released by the Artsakh presidential website.

On 7 October Artsakh Republic President Bako Sahakyan received a group of physicians from the "Chevy Chase" organization and the city of Fresno, U.S. California.

A range of issues on the cooperation prospects in the healthcare sphere were on the discussion agenda.

President Sahakyan expressed gratitude to the American physicians for the years-long support rendered to Artsakh, noting that it contributed greatly in improving the healthcare service standards in our republic and was an example of humanitarian action.

Artsakh Republic healthcare minister Arayik Baghryan, Honorary Consul of the Republic of Armenia to Fresno Perch Abgaryan and other officials attended the meeting.