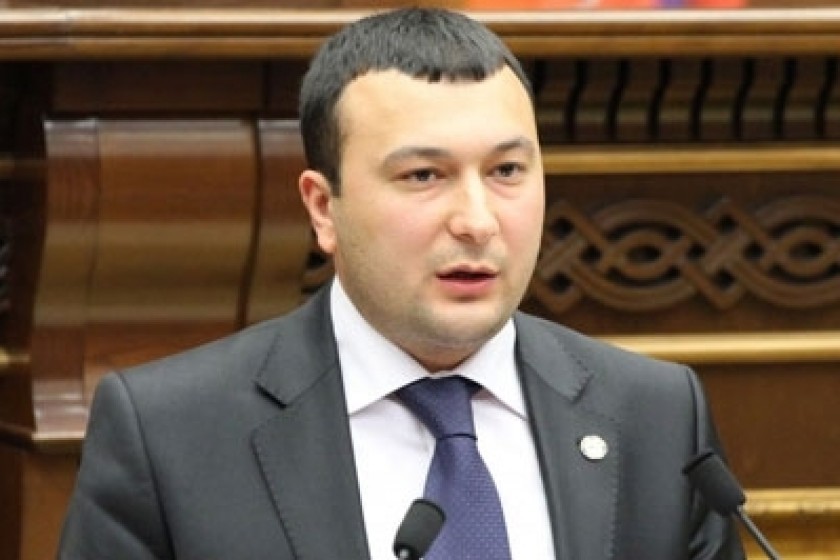 Prosperous Armenia Party (BHK) MP Vahe Enfiadjyan, recently elected to head the parliament’s Standing Committee on Agriculture and the Environment, has told Hetq that he’s willing to meet with activists who have been staging a week long protest to halt constriction of storefronts in a Yerevan park.

Enfiadjyan said he felt a responsibility to hear the concerns of the activists and that it was important that such civil initiatives were on the rise in Armenia.

“However, political bodies or MP’s are under no obligation to express an opinion on such issues,” declared Enfiadjyan, who also serves a president of the BHK’s youth wing.

When asked why members of the BHK’s youth wing or party luminaries haven’t participated in the park protest, or in any other civil action for that matter, Enfiadjyan argued that actions aren’t political party initiatives and shouldn’t be politicized.

“BHK young people are free to express an opinion on such issues and I wouldn’t rule out the participation of our members in the park protest since they are in agreement with the activists,” Enfiadjyan stated.