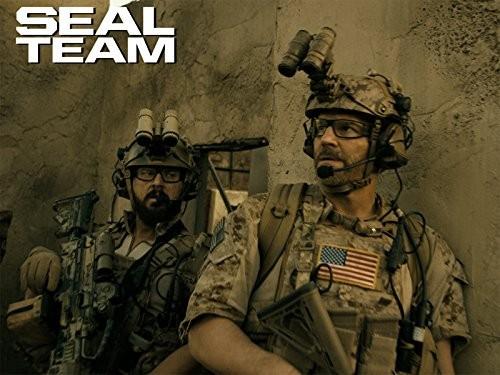 -12 hours ago, Armenian forces violated the cease-fire with Azerbaijan in the disputed Nagorno Karabakh region - explains a US Navy Special Intelligence Officer.

-Why the hell do we care about turf wars between countries whose names I can’t even spell? - one soldier asks.

-Azerbaijan is our only ally in the Caspian Sea… With Russia and Iran stirring the pot, we really don’t want to lose any traction - the officer replied.

The above dialog is taken from a recent episode of the third season of "Seal Team" that aired yesterday on the American CBS television network.

The series is about members of the American Special Intelligence Team, who visit various hot spots around the world and solve major problems related to American foreign interests.

Each episode of the program has about 5 million views, which is considered a middle ranking in the U.S.

In this episode, events revolve around a power plant in Azerbaijan. The plant, in the TV program, is described as important in keeping the balance of power in the region, and according to reports, some evil forces have plans to capture the power plant.

It is not clear who the Armenian “loyalists” are and what they have to do with Shia militias.

Prior to the actual operation, during a briefing, the special intelligence officers conclude those planning the attack are Armenian militants who want to seize the power plant and use it in the Nagorno-Karabakh conflict to force Azerbaijan to make concessions.

The TV program’s main story line is that the Seal Team must protect US ally Azerbaijan from this attack. As in almost all cases, this operation is secret.

Azerbaijan manipulates the episode for its own advantage

Yesterday evening, before the broadcast of the episode in question, Azerbaijani Consul in the United States Nasim Aghayev posted a one-and-a-half-minute trailer on his Twitter page.

The next episode of @CBS’s popular TV series @SEALTeamCBS takes place in #Azerbaijan. In this episode, Navy SEALs help to fend off #Armenian attack against Azerbaijan, which they describe as “the only US ally in the #Caspian region”. The episode will be aired tonight on #CBS. pic.twitter.com/RH2dGkplph

The content of the talk, the misrepresentation of the geopolitical context, and the apparent support for the Azerbaijani side have been criticized.

Many Twitter users (both Armenian and foreign) suspect that the bias of the release may be related to Azerbaijani lobbying. Consul Agayev's tweet was considered by many to be a proof of this suspicion.

The Armenians are cast as the “enemy” in the episode, while Azerbaijan is depicted in a mainly positive light as the only US ally facing hostile Russia and Iran.

The Armenian Council of America has criticized CBS for “tonight's biased episode of Seal Team for praising the Azeri dictatorship as the "only US ally" in the region and Armenia and Armenians as the aggressors”.

The ANCA also made a statement

Is #CBS on Aliyev’s Payroll? That’s the only explanation for the absurd story-line in tomorrow night’s @SEALTeamCBS episode where “Armenian loyalists” and “Shia Militia” target an Azerbaijani power plant after an Armenian attack on Azerbaijan... Tell @CBSTweet what you think. pic.twitter.com/5qWf6IBuNh

They weren’t Armenians after all

In an article on the episode appearing in eurasia.net, at the end of the 45-minute episode, it turns out that the evil forces that want to seize the power station are not Armenian militias, but Iranian mercenaries whose sole purpose is to exacerbate tensions in the region.

The episode concludes with the revelation that the militants aren’t Armenian, but rather Iranian mercenaries. The tip-off is a drone used in the fight.

While it looks like a toy, apparently, it’s too sophisticated for the Armenian military.

"No way that’s Armenian militia” one of the U.S. soldiers mutters

It should also be noted that Eurasia.net has asked CBS to comment on the controversy but has not yet received a response.