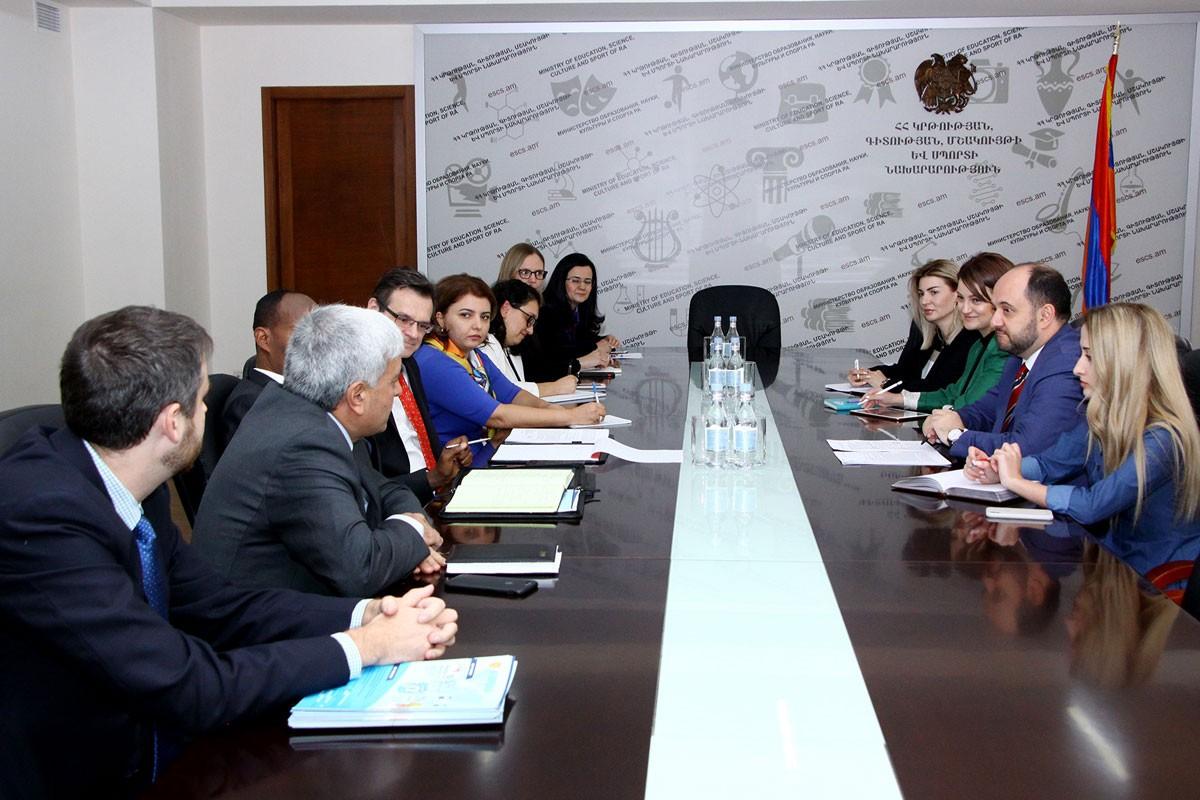 During the meeting, according to an Armenian government press release, the parties stressed the importance of the implemented and ongoing bilateral programs and prospects for further cooperation.

In this context, the reforms implemented by the ministry, especially, the drafting of standards, school construction and the creation of laboratories, the reform of higher education, and the development of pre-school education were highlighted.

The parties emphasized the importance of access to quality education, as well as opportunities for strengthening human capacity as set forth in the World Bank programs.

Minister Harutyunyan noted that the ongoing changes are extensive and will affect all stakeholders in the sector, so target groups should be aware of the changes.

During the meeting, Deputy Minister of Education, Science, Culture and Sport Arevik Anapiosyan talked about the current phase of educational reforms.

Anapiosyan said the reforms will show results in 10-15 years, but that it is also important to implement programs that will have tangible results in the short term.

During the meeting the parties also touched upon the educational component of the World Development Report prepared by the World Bank, the development of a new draft law regulating higher education and science and a number of other issues.