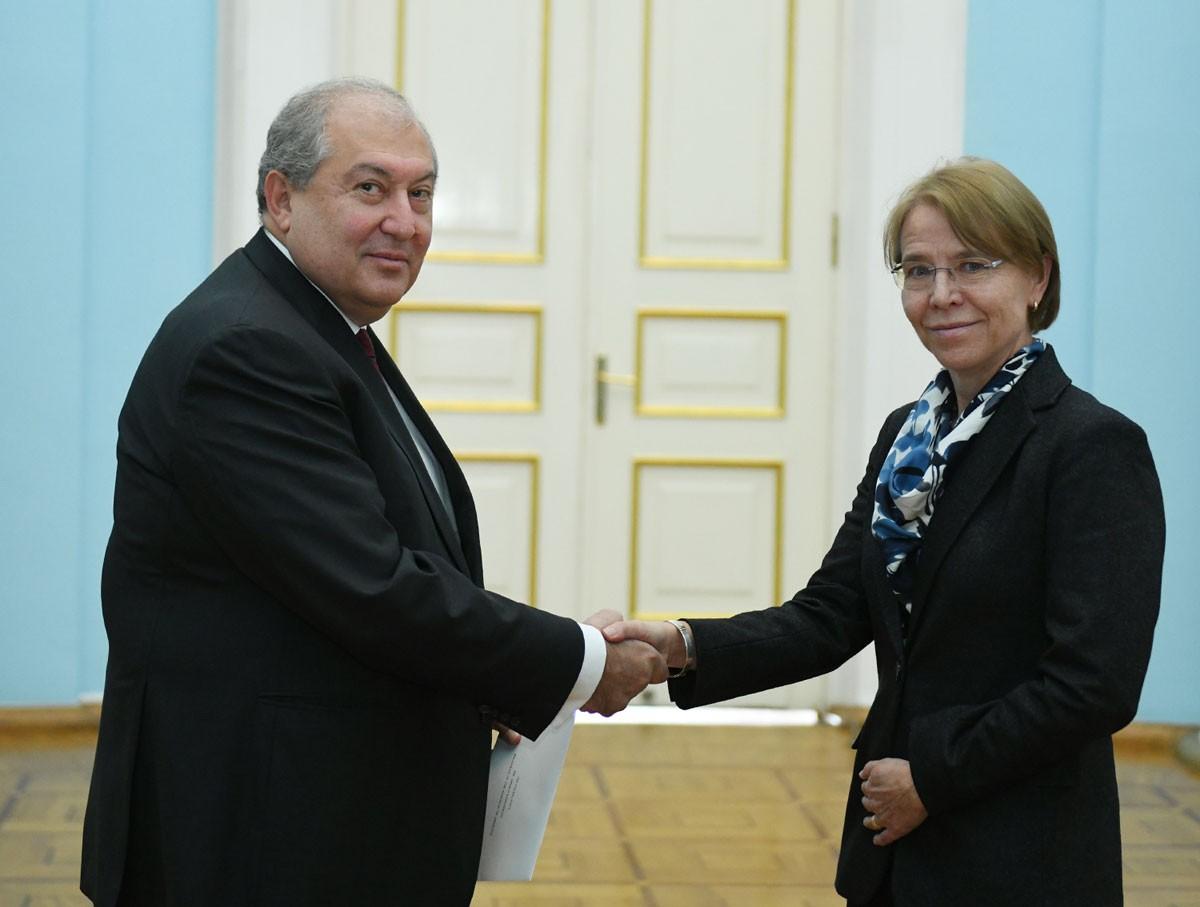 Armenian President to New Dutch Ambassador; "We can learn much from each other"

Newly appointed Ambassador of the Kingdom of the Netherlands to the Republic of Armenia Maaike van Koldam (residence Tbilisi) presented her credentials to President Armen Sarkissian today in Yerevan.

Congratulating the ambassador, President Sarkissian expressed confidence that she would do her utmost to deepen and expand high-level Armenian-Dutch relations.

Ambassador van Koldam noted that the Netherlands is interested in developing cooperation with Armenia, and as an ambassador, will do her best to strengthen those relations soon.

The ambassador said she was in Armenia 15 years ago and will try to visit as frequently as possible.

Noting that Armenia has had an embassy in the Netherlands since the 1990s, President Sarkissian said that he was Armenia's first ambassador to the country and was honored to present his credentials to His Excellency.

"We have wonderful memories of all our meetings with him," Sarkissian said according to an Armenian government press release.

"We have a lot in common and we can learn much from each other. Armenia is working closely with both the EAEU and the European Union under the Comprehensive and Extended Partnership Agreement. That is the advantage of our country. In some ways we also act as a crossroads of cooperation, and here the opportunities for interaction are great,” Sarkissian said.

Maurice Kerens - Holland Trade Support 2020-02-22 15:36:27
I have been specialised in cooperation with the Netherlands and Armenia en Georgia for over 20 years. The Dutch government has funded many project in both countries. Cooperation is very important, Certainly in the agricultural sector. I am confident that this ambassador will also be committed to this and wish her success.