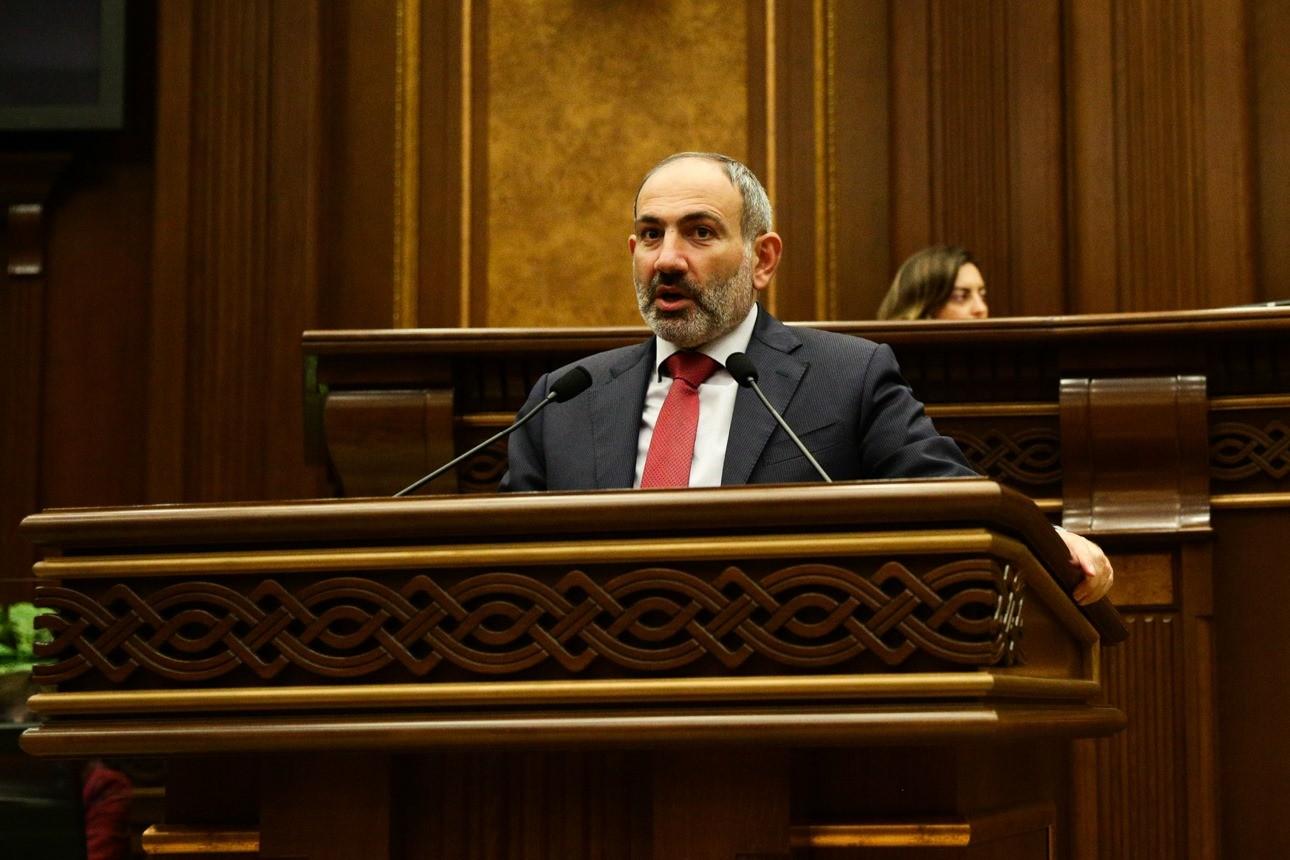 Pashinyan Assures MPs: Karabakh Talks Have Not Reached an Impasse

During a Q&A session today at the National Assembly, Armenian PM Nikol Pashinyan attempted to convince MPs that talks seeking to resolve the Karabakh conflict have not reached an impasse.

Im Kayl (My Step) faction MP Victor Yengibaryan had asked Pashinyan to comment on Russian Foreign Minister Sergey Lavrov's recent visit to Armenia and his formulations on the Karabakh conflict.

Lavrov had said that at some stage in the past, one of the former Presidents of Armenia decided that Yerevan would represent Karabakh's interests in the negotiations process. According to Yengibaryan, whose faction enjoys a parliamentary majority, this seems to be at odds with the calls of the Pashinyan government to have Stepanakert again represented in the resolution talks.

"I would not speak of changing messages because that conversation with the Minsk Group co-chairing countries and the negotiation process are a living process," Pashinyan said. “I can state the following. When there were political changes in Armenia, there were some concerns about how constructive the new authorities would be on the Artsakh issue. There was a new team with no experience of contact.”

Pashinyan said that even the OSCE Minsk Group member states believe that Armenia will not do anything to deadlock the Karabakh talks.

"I think in this respect it has been stated that our positions are constructive, and despite the alarms, the negotiation process has not only reached a deadlock, but work is being done to create conditions for a negotiating atmosphere for conflicting parties," Pashinyan said.

Yengibaryan recalled Lavrov's words about depriving Artsakh of the right to participate in the negotiations. Pashinyan responded that the Russian Foreign Minister said what everyone knows, it was before everyone's eyes.

"The main emphasis is on how the Karabakh issue can be resolved without the position of the people of Karabakh," the prime minister said.