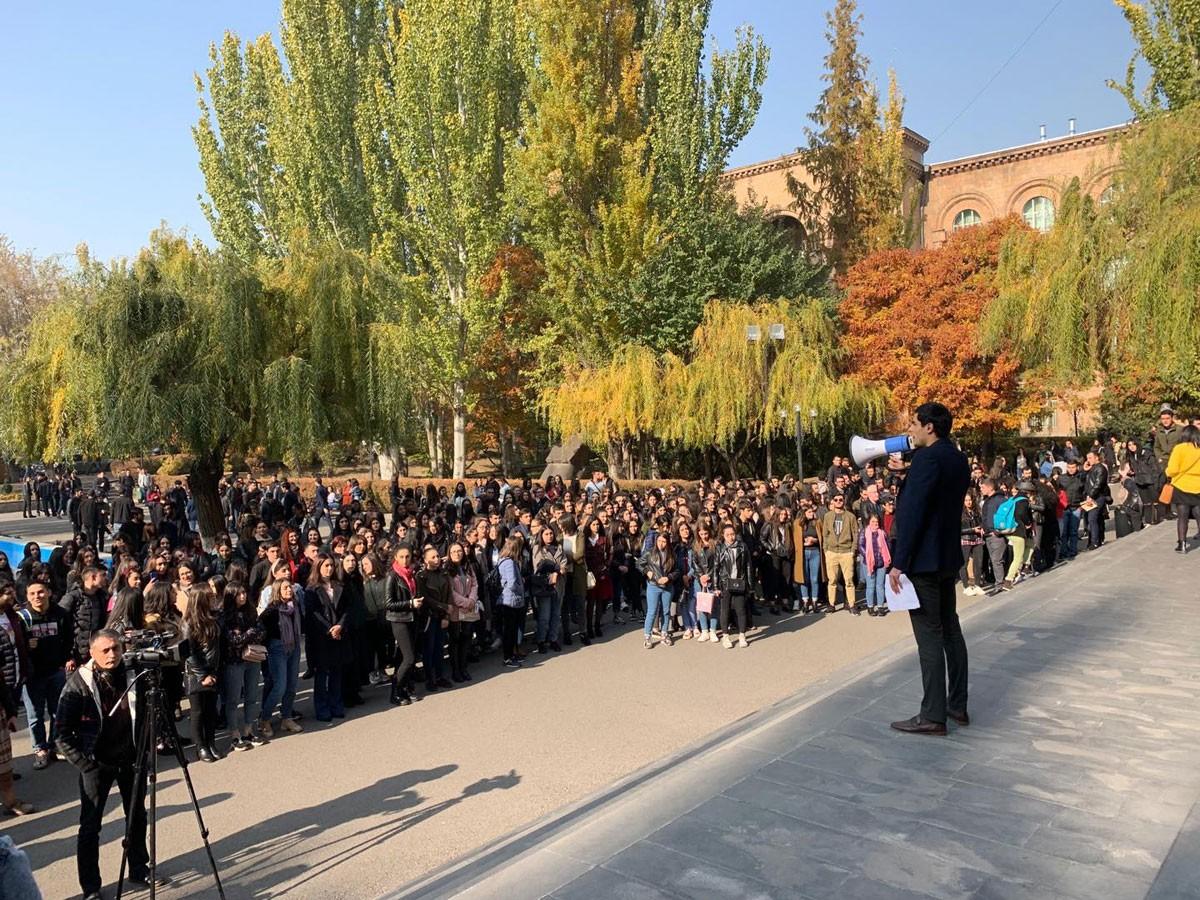 Yerevan State University’s (YSU) Student Council today organized a debate on several amendments proposed by the Ministry of Education and Science to the Law on Higher Education.

The most controversial amendment would make Armenian language, literature and history non-obligatory in higher education programs.

Students of YSU Faculty of Philology have been on strike for several days to protest the proposed changes and to deamand the resignation of Armenian Minister of Education and Science Arayik Harutyunyan.

YSU Student Council President David Apoyan said that the purpose of today’s debate, which took place in the university’s courtyard, was to raise awareness of the issues in the field of education and science.

Noting that several months ago Minister Harutyunyan described YSU as a “den of corruption”, Apoyan wanted to know if the minister believes this to be the case today and, if so, why isn’t he taking appropriate steps to rectify the situation.

In his speech, Apoyan stressed that the Student Council is politically neutral and has no party affiliation.

Sepouh 2019-11-19 08:34:32
I don’t understand the protest against making the study of Armenian literature as optional. In the developed countries, the study of the language in the graduate schools is optional. Am I missing a point in here?