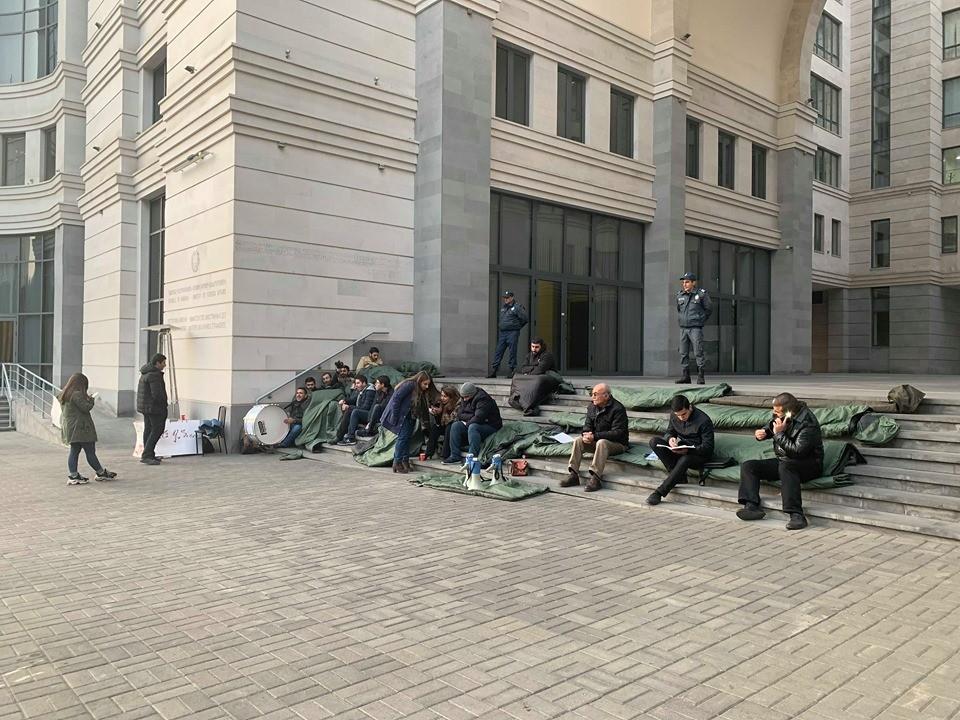 At a press conference yesterday, the Armenian Revolutionary Federation (ARF) Youth Union of Armenia announced that it has sent letters to the Prosperous Armenia and Enlightened Armenia parliamentary factions to initiate the dismissal of Armenian Minister of Education, Science, Culture and Sports Arayik Harutyunyan.

Members of the ARF youth wing have staged a sit-in protest outside the ministry for eight days and say they will continue to demand Harutyunyan’s resignation.

Geghard Mutafyan, one of the protesters does not trust Harutyunyan, who has promised to meet with the students and discuss the matter publicly.

"We are ready to discuss this issue at any time, and our demand will remain unchanged. Arayik Harutyunyan has nothing to do in this field,” Mutafyan said.

Vardanyan noted the lack of textbooks, inadequate funding of the education sector and the clause of the education bill that would make Armenian language and literature courses non-obligatory at colleges and universities.

“We are ready to meet and discuss the situation, and we will talk about further steps later. We are glad that this is not only the ARF's initiative. We welcome the students who joined the action,” Vardanyan said.

Vahan Bournazian 2019-11-16 18:51:03
Under the former regime Tashnaktstyun was in coalition with the authorities and had the Ministry of Education. It never addressed corruption in education. The new government is an opportunity to discuss policy. What overall policy platform does Tashnaktstyun have for education? It has never had any when it was heading the Ministry.