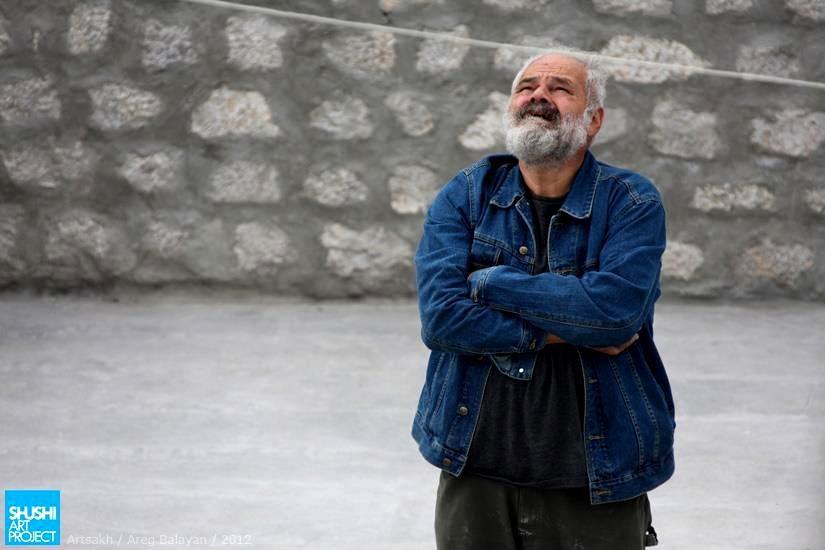 Charlie Khachadourian: Exploring the Congruence of Sculpture and Place

His every visit to Armenia, as to any other place in this world, is a creative and highly personal “pilgrimage”, stemming from the urge to seek and find the truth in life and art.

As an accomplished artist, Charlie Khachadourian entered the field of art in Armenia back in the late 1980s, when he began to participate in the Ijevan Sculpture Symposium organized by the late Saro Sarukhanyan.

As a result, Khachadourian got acquainted with severalprominent contemporary artists - Sahak Poghosyan, Heriknaz Galstyan, Ruben Arevshatyan, Benik Petrosyan and others.

Years later, Khachadourian co-founded several historic projects with Nazareth Karoyan, the founder of contemporary artcriticism in Armenia. Unfortunately, like the works of many artists who participated in the Ijevan symposiums, his roadside sculptures weren’t preserved. 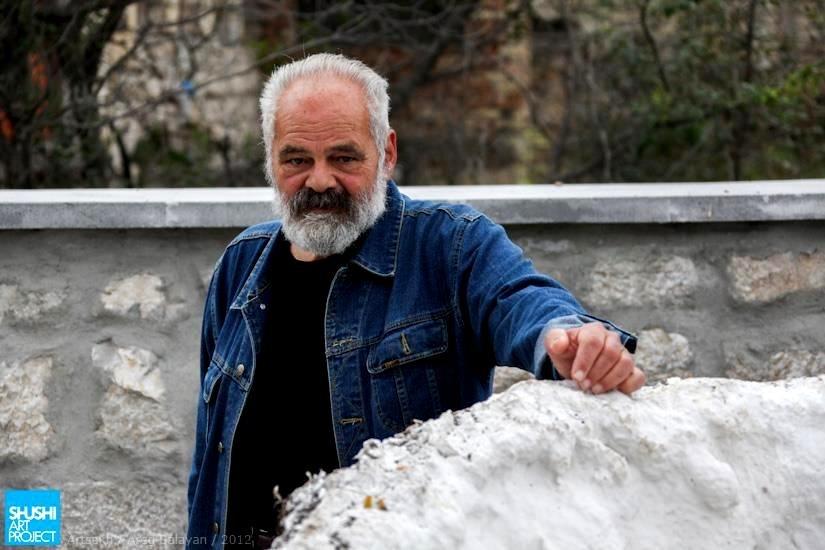 The ceremony, which took place on the shores of Lake Sevan, destroyed the stereotypical wedding of both diaspora Armenians and Armenians in Armenia. This memorable ethnographic ceremony, attended by many artists and cultural figures, resembled a crowded live performance. Postmodernism has already invaded Armenia's contemporary art.

Soon after settling in Armenia with his new family, Charlie Khachadourian established the first private gallery in Yerevan to support contemporary art.

It played an important initial role in the institutionalization and contemporary practice of Armenian contemporary art.

It was the 1990s; a difficult and painful period in Armenia.

Prior to this, his Yerevan-born wife, who received her pedagogical education in the United States, was involved in solving alternative socio-educational problems of refugee children in the Artsakh war, establishing an outdoor classroom, and then the Center for Alternative Education and Art, which successfully operated for about five years.

At the time, the alternative educational methods used by Marineh were new to Armenia. The family resettled in the US in 1998, but the relationship with Armenia remained firm.

What is this Artist's eternal return to Armenia?

It’s surely not a mere beat of the "longing for a homeland", but a deeper feeling, filled with creative ways of realizing one's own identity.

He received his professional education in his native town and Los Angeles, earning his MFA (Master of Arts) in higher education.

It is difficult to call him a sculptor in the traditional sense of the word; it would be more accurate to call him an artist who sculpts objects with a specific sense of space and dimension in mind.

It was photography that drew him to art. At an early age, Charlie worked as an assistant in a photography workshop, then gained experience as a technical assistant to a sculptor. Working with metal fixtures and other sculptural elements led the future artist to the idea that it all had its own artistic properties, and he began to perform his first metal works.

Charlie Khachadourian has always been interested in archaic cultural artifacts and cultural models in general.

He has never pursued a three-dimensional reality in art that is typical of traditional-academic sculpture. Rather, by using natural forms and materials, he has created abstract objects and installations imbued with a certain symbolic sense.

Examples of this were Charlie’s early Megaliths - the large, metallic, vertical metal ridged sculptures that echoed ancient megaliths, the first huge human creation in the history of civilization.

Charlie recalls that at that time he was still keen on beautifying the sculpture's surface, and metallic metal surfaces of his megaliths were being worked out thoroughly by stamping.

Metal is metal, but the earth/soil, as the basic substance (raw material), became the main material of Charlie Khachadourian’sart, and at the same time, the place that gave birth to hissculptures.

Site-specific, locally produced, locally created, earthensculptures are nothing more than the result of an ancient ritual-like performance, during which the artist digs a hole, then fastens the pit with a melting candle and removes the ball of soil from the ground’s uterus.

It is no wonder that unprepared observers of this ritual often think that Charlie is performing witchcraft – digging a hole, dripping wax, and then pulling the earth out of the ground…However, if we factually describe this ceremony, it’s forging a form from an empty cavity. Quite a traditional way of sculpture, but in this case, it seems absurd, because what did he say to turn the emptiness or the pit into a form? A truly magical act, but isn't it just as magical for a classical sculptor to form substance out of nothing anything or to imbue the emptiness with substance?

This is the paradox of art which, however, somehow reconciles it with reality. 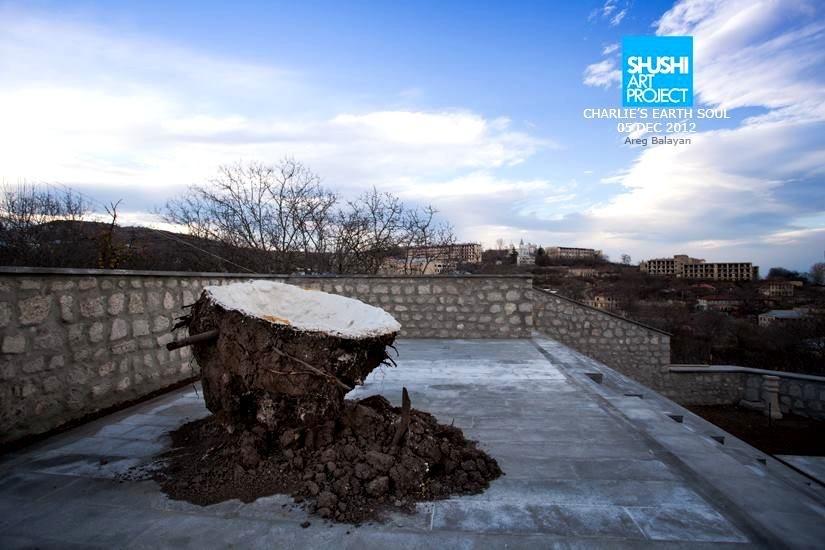 Each location where Charlie does this work and raises a sculpture from the ground, has a very personal, symbolic meaning for him that continuously keeps him coming back… to the USA, Shoushi, Gyumri, Sevan, Yerevan, Aparan, Amulsar, the Turkish border…

Each earthen sculpture has its own address, its name and its history. In this list, it is perhaps Amulsar that stands out in terms of popular struggle in Armenia.

During his recent visit to Armenia, Charlie also decided to dig in the Khojivank pantheon of Armenian intellectuals in Tiflis.

This became an unexpected and unprecedented experience for the artist when he found the Armenian Pantheon destroyed and a huge Georgian church built in its place.

Charlie says that many years ago, when he first visited the pantheon with Sahak Poghosyan, the porcelain medallion etched with the portrait of the great writer affixed to the vertical gravestone of Hovhannes Tumanyan, was found broken. He recalls collecting some of the fragments and storing them in a Soviet era matchbox.

He still has those relics of Tumanyan’s former tombstone safely tucked away.

That constant urge to return, brought the artist back to the same place.

The puzzled artist, during his latest visit, heard an even more discouraging reply when talking to the priest of the Khojivank Church.

"It's their country. They do what they want."

No longer considering it worthwhile to create his next earthen sculpture where the Georgians have erased the remains of Armenian intellectuals, and ignoring the long journey he’s made,the artist returned from Georgia empty-handed.

This is the honesty and realism of Charlie Khachadourian’s art.

Cynthia Beale 2019-12-01 21:59:18
Charlie's art reminds me that it is always such a personal experience, yet that is what resonates with the viewer. His work tells not only his story, but the journey of others. Very beautiful and ageless in spite of its transitory materials and history.