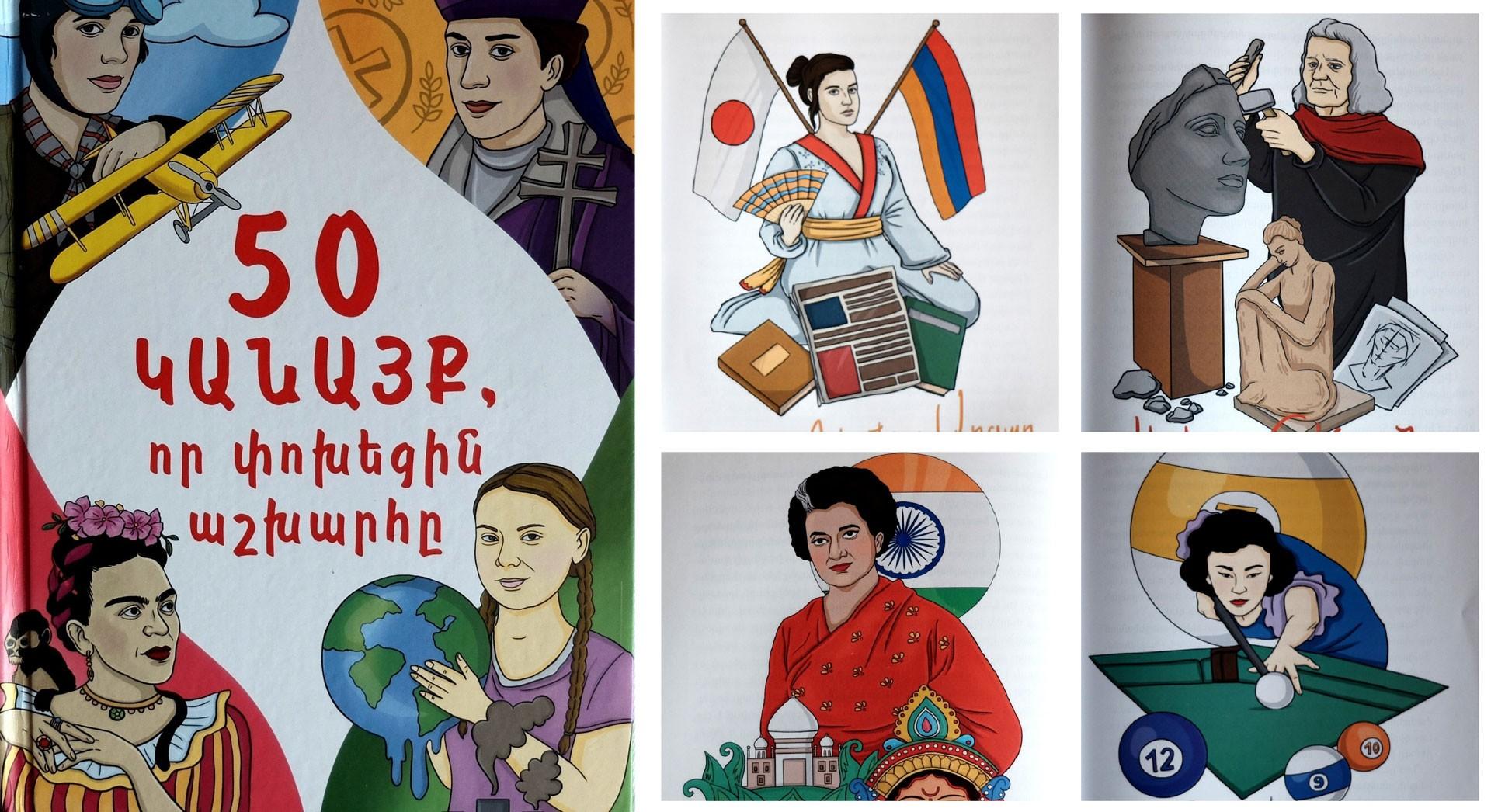 On December 18, Yerevan’s The Club hosted the presentation of the book 50 Women Who Changed the World by Hasmik Simonyan and Armine Danielyan.

Designed primarily for high school and adult readers, this book presents amazing and unique stories of fifty women with different professions. Among these women are well-known inventors, travelers, diplomats, scientists and artists such as the Mexican artist Frida Kahlo and the Polish scientist Marie Curie.  there is also a long list of names most likely unfamiliar to many Armenians.

“After working for two years, we have discovered new names. It was especially surprising when we found Armenian women. After all, no scientist's name is publicly circulated in our country, there is no statue of an Armenian woman, no street named after a prominent Armenian woman. Whereas the first female ambassador in the world was a brave Armenian, Diana Abcar, the mother of sculpture in Iran was Lilit Teryan, the progress of astronomy in Mexico is largely linked to Paris Pişmiş (Née  Sukiasian) and so on. We figured out what our next book would be. Armenian women who changed the world,” the book’s authors write in their preface.

The authors go on to say that they chose women from all over the world who make their own decisions about their lives.

The cite the examples of  Zoe Koplowitz, who overcame her disabilities to become a marathon runner, Jane Godall, who left England for Africa at the age of 26 to research wild chimps, sculptor Lilit Teryan who turned her home in Iran into a studio and continues to teach, and Marie Tharp, the American geologist and oceanographic cartographer who created the first scientific map of the Atlantic Ocean floor.

It is hard to imagine that Diana Abcar (Anahit Aghabekyan), a writer, businesswoman and diplomat of Armenian descent, was the ambassador of Armenia to Japan in 1920, thanks to which Japan recognized Armenia's independence in 1918. Even more remarkable is the fact that Diana was the first female ambassador in world history.

With such interesting documentary, and occasional incidental passages, and in some essays as well as dialogues, the authors of the book have attempted to convey the concise stories of fifty women who have "changed the world". Women who can serve as vivid examples to all those who map their path to future dreams and goals.

The book was published with the support of the Women's Fund in Armenia and the Filia Foundation in Germany (representing the Text Platform cultural education and information NGO). Published by Magaghat Plus publishing house. Editor - Hasmik Hakobyan, Proofreader - Gohar Gasoyan, Computer Pagination - Nara Vardanyan. Illustrations by Louisa Galstyan, Edita Muradyan, Erna Arzumanyan, Anna Tayurskaia, Greta Manukyan and Lusine Petrosyan. The books Armenian Women Who Changed the World and Women with Disabilities Who Changed the World are being prepared for publication in Armenia. The top photo shows the book’s cover and some of its illustrations.