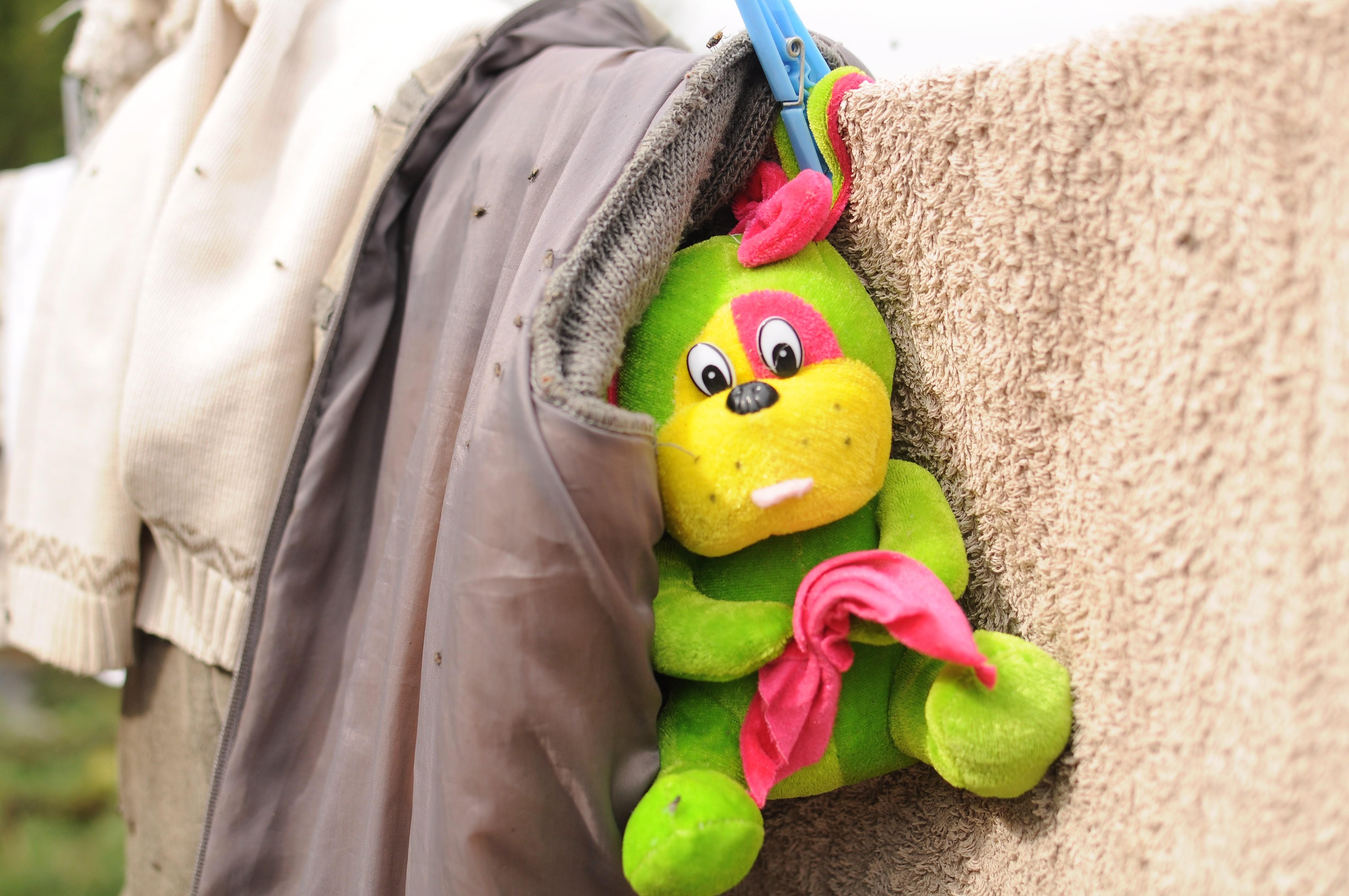 In November 2019, Armenia’s National Security Service (NSS) reported that it had launched a criminal investigation into numerous cases of foreigners illegally adopting Armenian children between 2016 and 2018.

Razmik Abrahamyan, director of the country’s Institute of Reproductive Health, Perinatology, Obstetrics, and Gynecology, and his deputy, Arshak Jerejyan, Anush Garsantsyan were charged with Article 167 (Illegal separation of the child from the parents or substitution of the child) and Article 200 (Commercial bribe) of the Criminal Code.

Another defendant in the case, Yerevan Children’s Home Director Liana Karapetyan, was charged with Article 167 and Article 314 (Official forgery).

All three were later released from detention on bail.

Hetq has studied data on adoptions in Armenia for the past ten years. Here are some interesting facts from the statistics of adoption.

Data provided by the Ministry of Labor and Social Affairs and the National Statistical Committee (NSC) on children adopted from Armenia over the past ten years do not match. According to the Ministry, 634 children have been adopted, while NSS mentions 849 children. The difference between these numbers is 215; not a small number. The biggest difference in statistics is observed in 2010 and 2011.

To explain the discrepancy in the statistics, Hetq contacted both institutions. The NSC replied that the source of their information on adoptions was the Ministry of Labor and Social Affairs, the administrative body in the sector, and therefore the administrative register.

The Ministry provides data to the NSC on a semi-annual basis. If the NSC received data from the Ministry that was subsequently amended by the Ministry, some edits might be backdated.

"I can't comment on your observation that there was some kind of interference at some point, because I think law enforcement bodies can make such an assessment after doing some research," Deputy Minister of Labor and Social Affairs Zhanna Andreasyan told Hetq.

Andreasyan noted that the discrepancy in the statistics had also led the ministry to question the legality of some adoptions and appeal to law enforcement agencies. "We were also concerned about the difference in numbers because numbers are a means of control, and when there is a problem with them, it turns out that control over the situation is not a complete one," Andreasyan said.

She added that the Ministry is currently working on more accurate, efficient data collection and processing solutions.

2 ․ The majority of children adopted by foreigners had health issues 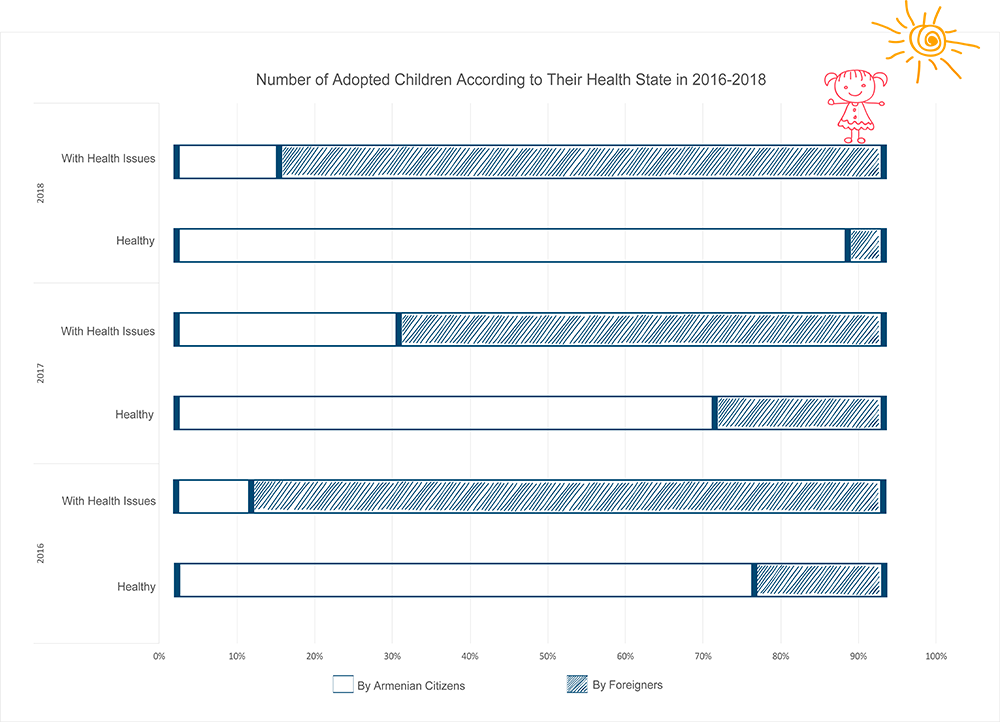 Until 2016, data from the NSC did not identify the health status of adopted children. However, the analysis of the data for 2016-2018 shows that the overwhelming majority of children adopted by foreigners were considered to have health issues: 86 percent of adopted children had health problems and 14 percent did not. At the same time, 78 percent of children adopted by Armenian citizens were healthy and 22 percent had health issues.

3. Most children were below 6 years 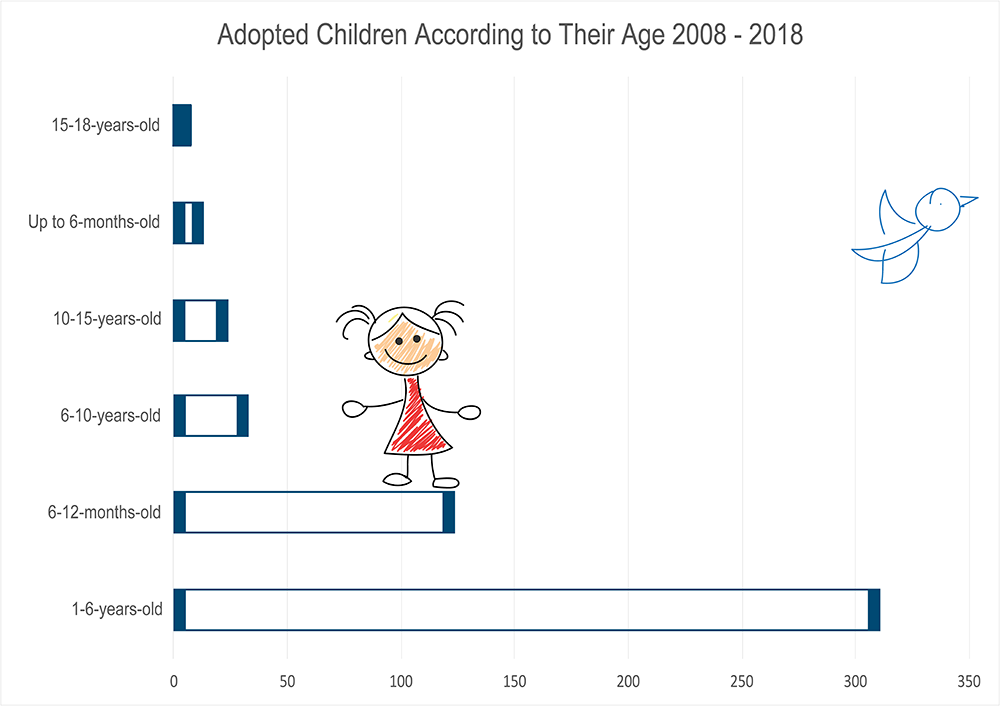 This analysis of the data shows that children adopted from Armenia were mainly born to single mothers or had parents. Moreover, the state agencies organizing the adoption process have given preference to foreign adopters. Most of the children were sent to Italy and the United States. Most children sent abroad were considered to have health issues. The state was not interested in the fate of the adopted children.

In response to our query as to whether there was any oversight over the future status of children adopted by foreigners, the Ministry of Foreign Affairs responded that they did not have the function of overseeing the children of the Armenian citizens adopted abroad. We have received a similar response from the Ministry of Justice, stating that they do not exercise direct control over the care of the adopted child. "Information on the living conditions of the adopted child shall be collected in accordance with the legislation of the country concerned, by the competent authorities or accredited organizations in that country," the Ministry of Justice stated.

4 ․ Foreign adoptive parents were always prioritized, which is against the law 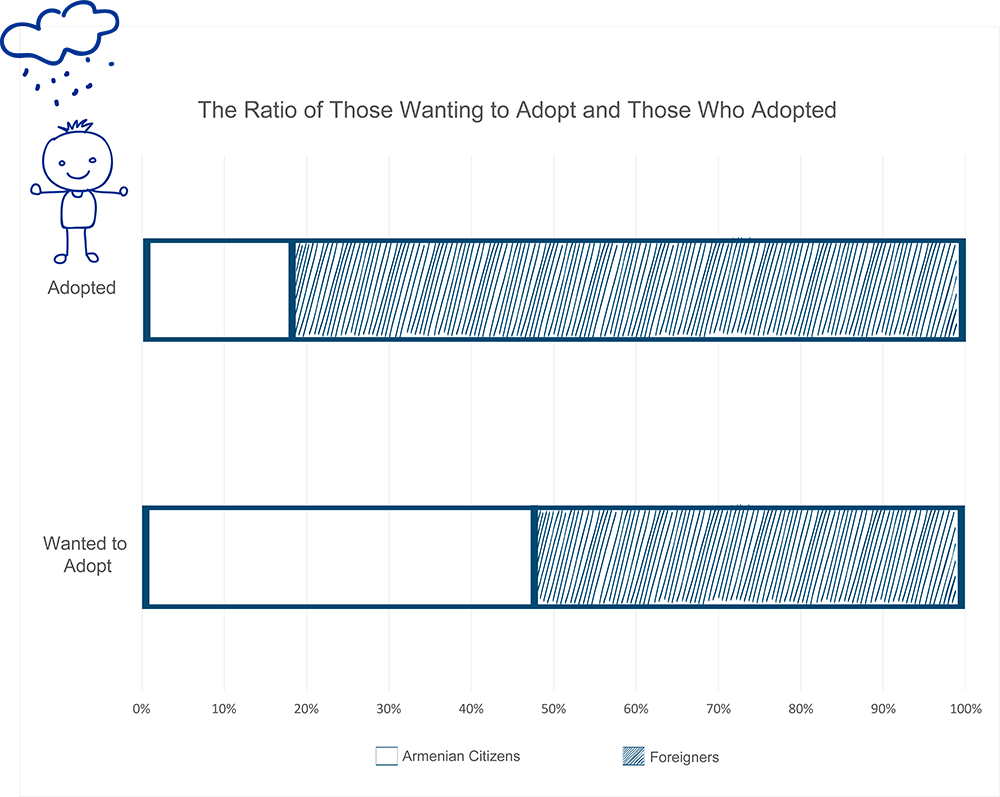 5 ․ Most of foreigners adopting Armenian children were from Italy and the U.S. 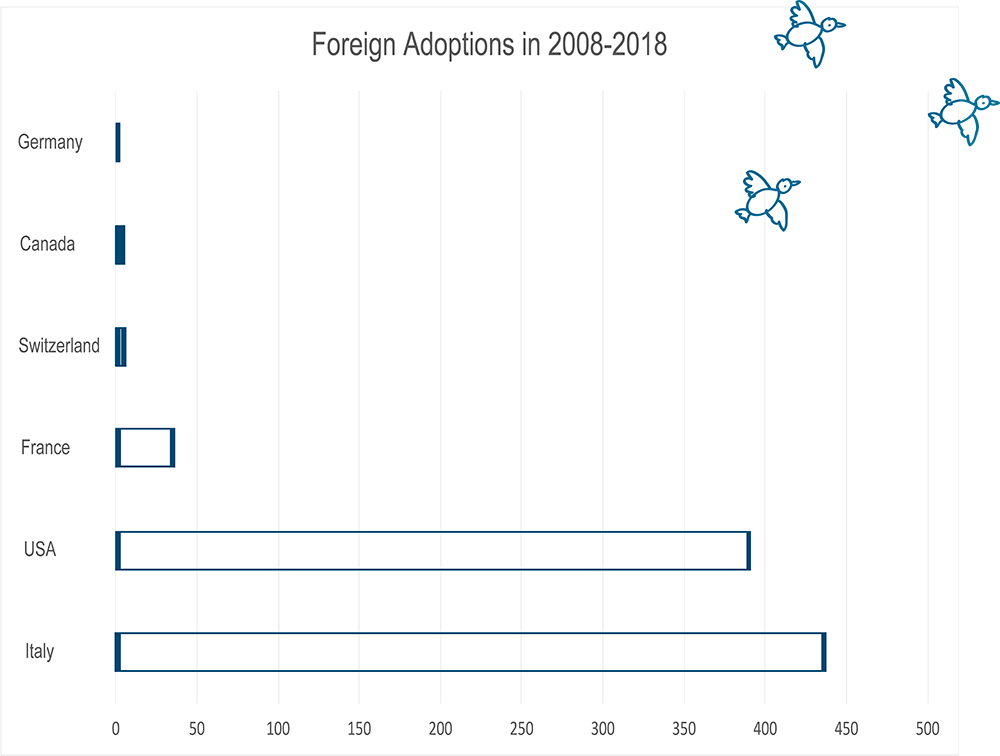 According to the official statistics, children were also adopted by citizens of France (37), Switzerland (7), Canada (6) and Germany (3).

6 ․ Most of the adopted children are from Yerevan

Sixty percent of children adopted within the last ten years were from Yerevan. Most of them were adopted from the Yerevan Children’s Home SNCO.

7. Most of the adopted children had living parents 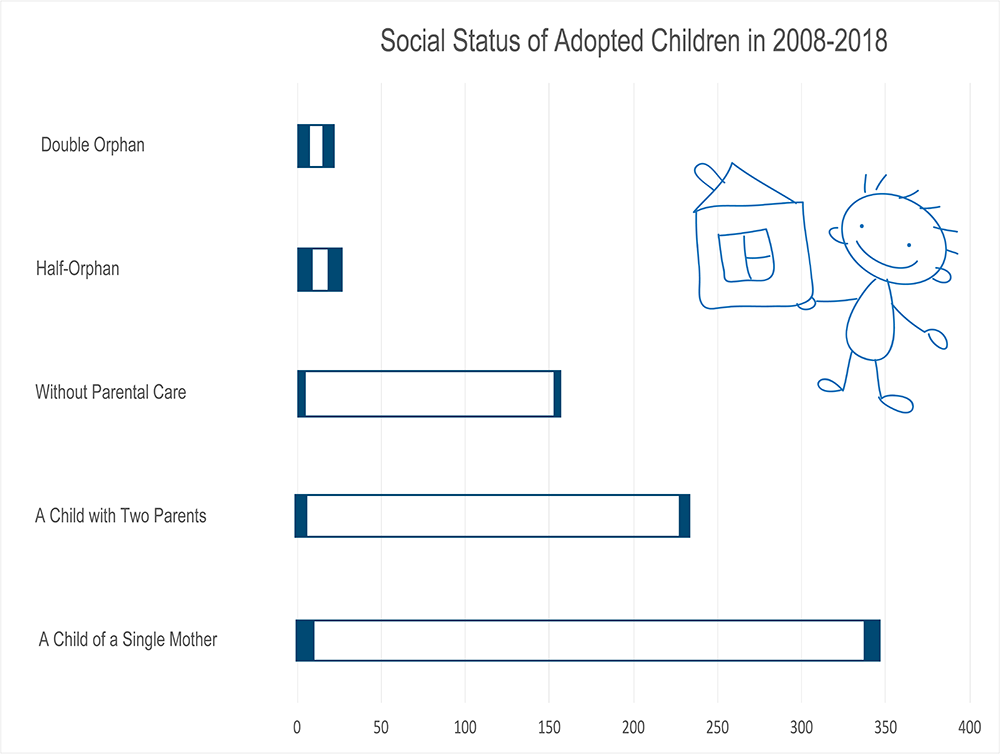 Back in 2015, United Nations Special Rapporteur Ms. Maud de Boer-Buquicchio talked about child adoption issues in Armenia. "Irregularities committed in adoption processes, which can amount to sale of children for the purpose of illegal adoption, continue to be a major concern in the country," she said.