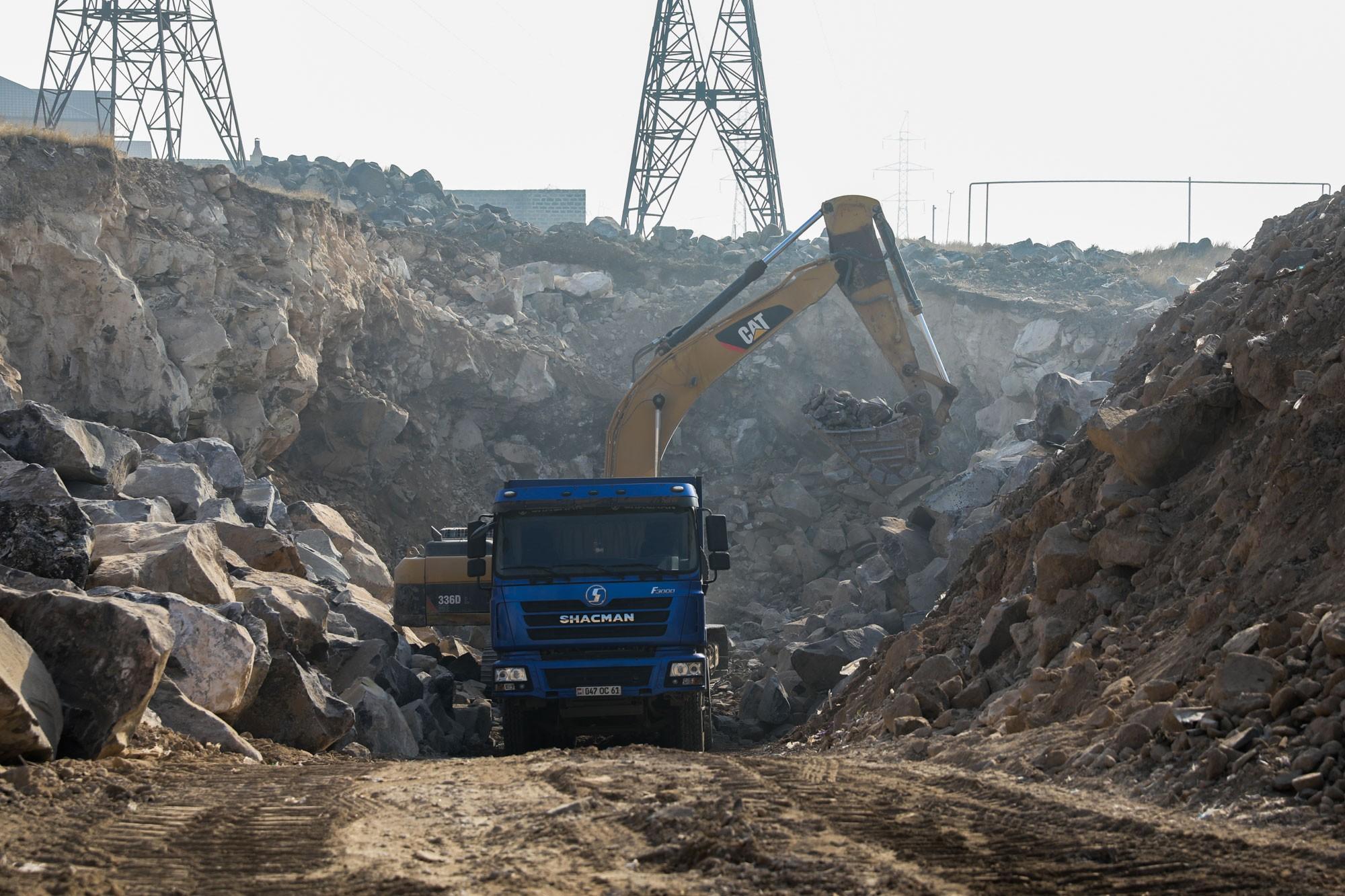 Company Operates Illegal Mine in Yerevan for the Past Two Years

Clouds of dust and the clamor of heavy excavating machinery greet those walking or driving down Tichina Street in Yerevan’s northern Ajapnyak District.

For the past two years, an open-pit stone mine has illegally operated at the site.

We saw no construction notices at the site. A casual passerby wouldn’t have a clue as to what’s going on.

Truck drivers and workers were tightlipped when we asked the name of the company operating the mine. They said they knew nothing.

Founded in 2016, the company has the right to operate two underground mines in Yerevan. In 2017, the Ministry of Energy Infrastructure and Natural Resources granted it permits to mine to areas simultaneously – the Ajapnyak dolerite basalt mine and Lilit-Gor site of Nork basalt mine.

The Ajapnyak dolerite basalt mine is located next to manufacturing hubs in the north-western part of Ajapnyak District. The mine is some 300 meters from residential areas.

Valodya Grigoryan happily showed us the mine and answered our questions.

He said that basalt is extracted from the area, which is in line with the quality demand in the market. In addition, they have a basalt processing plant and export basalt to the Russia. Grigoryan intends to double exports by 2020. They also plan to participate in state-owned construction projects in Armenia. “Since our Mertzavan stone plant has a long history of cutting basalt, we decided to have our own instead of taking it from others. We used Ardibash LLC, which was mining the adjacent area,” said Grigoryan.

In 2017, Ardibash LLC waived the right to use the land in that area. In April of the same year, the Minister of Energy Infrastructure and Natural Resources Ashot Manukyan signed a decree to give the company a waiver. And before that, on February 7, 2017 Valodya Grigoryan LLC was granted the right to use the subsoil for the same site. According to the director, they began to extract basalt from there in the third quarter of 2017. 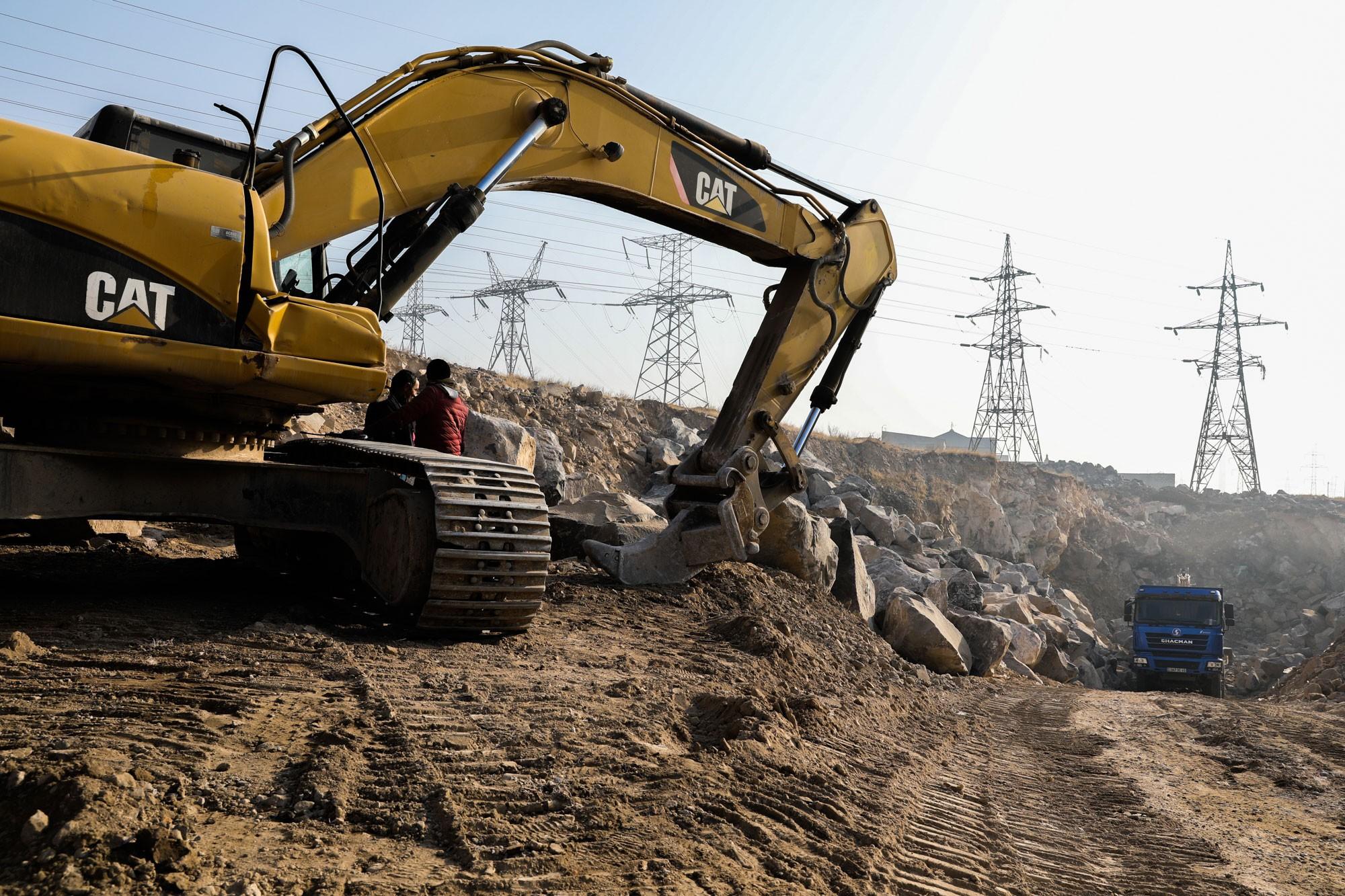 “Good basalt is mainly in the Yerevan community. This is a small mine in both size and volume. It is true that the permit to operate the mine is for eighteen years. I believe the mine will be exhausted by then,” Grigoryan said.

He says they have taken 1.6 hectares of land from the Yerevan community to operate the mine. Additional research prior to commissioning was not undertaken. They used studies carried out in the Soviet era. Valodya Grigoryan decided to rely on previous data to avoid drilling and additional costs. 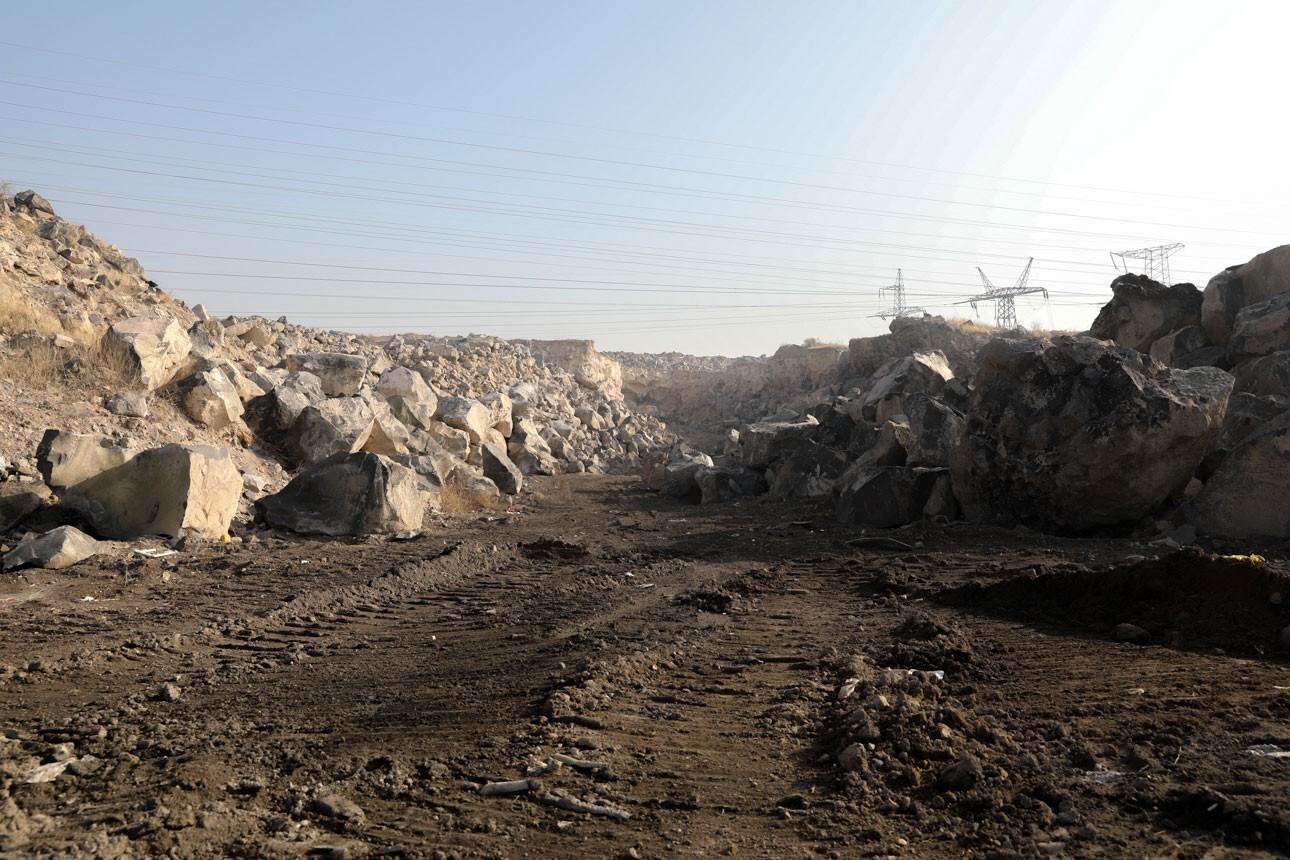 Hetq wrote to the Yerevan Municipality to find out how much space the company has been allocated and how the company was paying for the land lease.

It turns out that Valodya Grigoryan LLC has no contract with the Municipality of Yerevan.

The Yerevan Municipality, in its first response, reported information on the Lilit-Gor site of the Nork Basalt mine. However, no information was provided for the Ajapnyak site, since that there was no contract for the use of the land in that part of Ajapnyak.

Later, following our repeated questioning, the municipality stated that: "After the completion of the land boundary adjustment work, it will be possible to conclude a lease agreement with the company in accordance with relevant legislation."

Artur Grigoryan, a specialist in environmental law and former head of the Environmental and Soil Inspectorate, clarified that utilizing the land without a permit from the community in question is illegal.

According to Article 17 (3) of Armenia’s Mining Code, the community head concludes a land use contract with the person authorized to use the land. The person entitled to use the subsoil may not start mining without the consent of the respective owner of the subsoil or the contract of use of the land.

"The land use contract is a mandatory condition for underground use," Artur Grigoryan said.

From the company’s business plan for the mine, Hetq learnt that the open pit area was to be 0.84 hectares. The area occupied by the external filler should have been 0.7 ha. Thus, the area to be provided for the construction of the mine facilities and the open pit operation should have been 1.5 hectares total.

The plan also promised that a production site with its necessary structures would be built to organize the open pit work.

Hetq 2020-01-23 16:33:01
Thanks for the feedback Michael. Hetq wrote a piece (Yerevan’s Worsening Air Quality: Dangerous Levels of Dust, Carbon Monoxide and Sulfur Dioxide Recorded - https://hetq.am/en/article/81398) you might find of interest.
Michael Quirk 2020-01-23 10:26:37
I appreciate this kind of investigative journalism as I live in Yerevan. Could you please tell me what the government is doing about the air pollution problem in Yerevan and if any journalist has investigated the scandal of the resale of car/vehicle catalysers (meant to diminish pollution) which seems to be the main source of pollution here.?