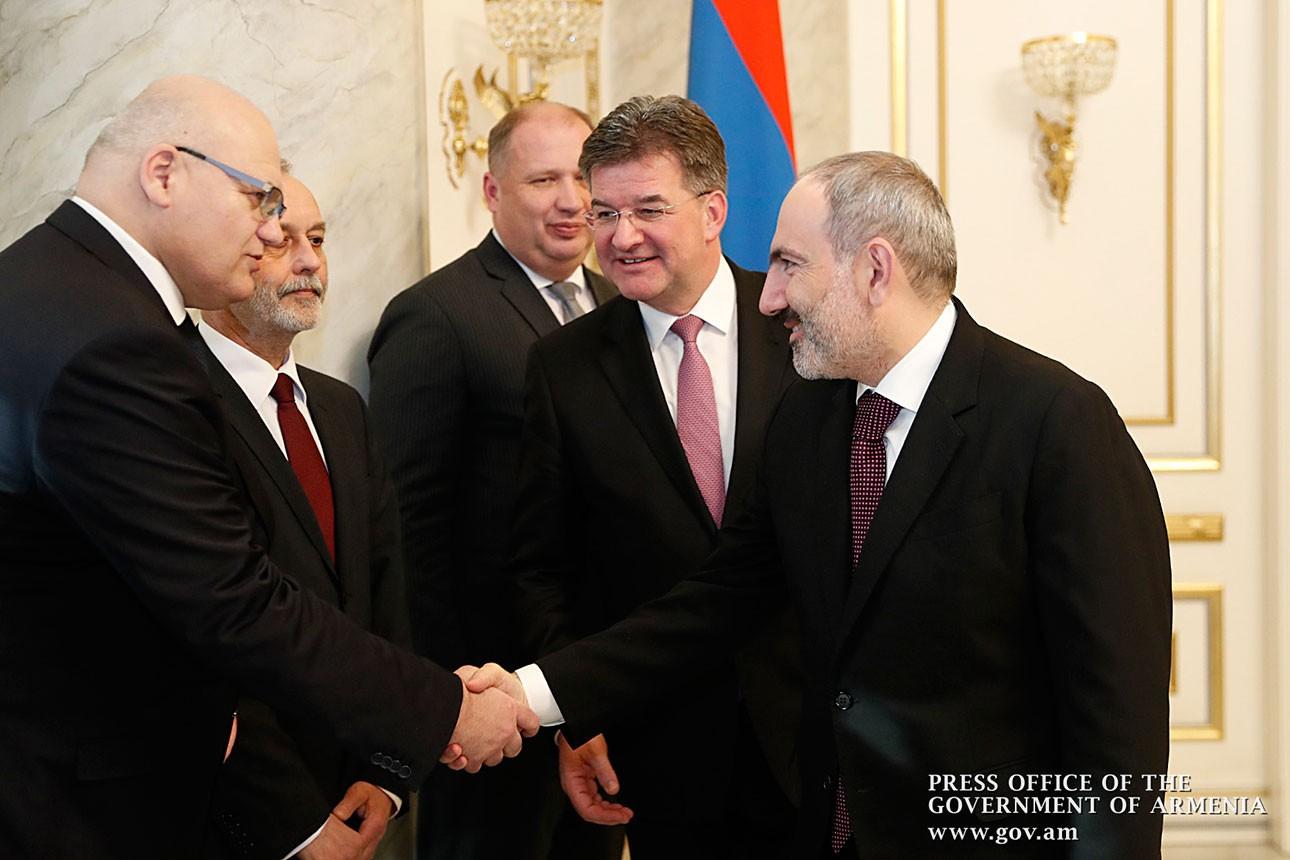 Armenian Prime Minister Nikol Pashinyan today received Slovak Minister of Foreign and European Affairs Miroslav Lajčák who is in Armenia to attend the opening of the Slovak Embassy in Yerevan.

Pashinyan noted that Armenia is interested in developing cooperation with Slovakia both in the bilateral format and within the European Union.

According to Pashinyan, the EU is a key partner of Armenia's democratic reform agenda, and Armenia attaches great importance to the support of both EU institutions and EU member states in this process.

Lajčák noted that Armenia is an important partner for Slovakia, and the opening of the Slovak Embassy in Armenia creates good opportunities for activation of bilateral relations.

Lajčák welcomed Armenia's ambitious democratic reforms and said that Slovakia is ready to share its experience in the reform process.