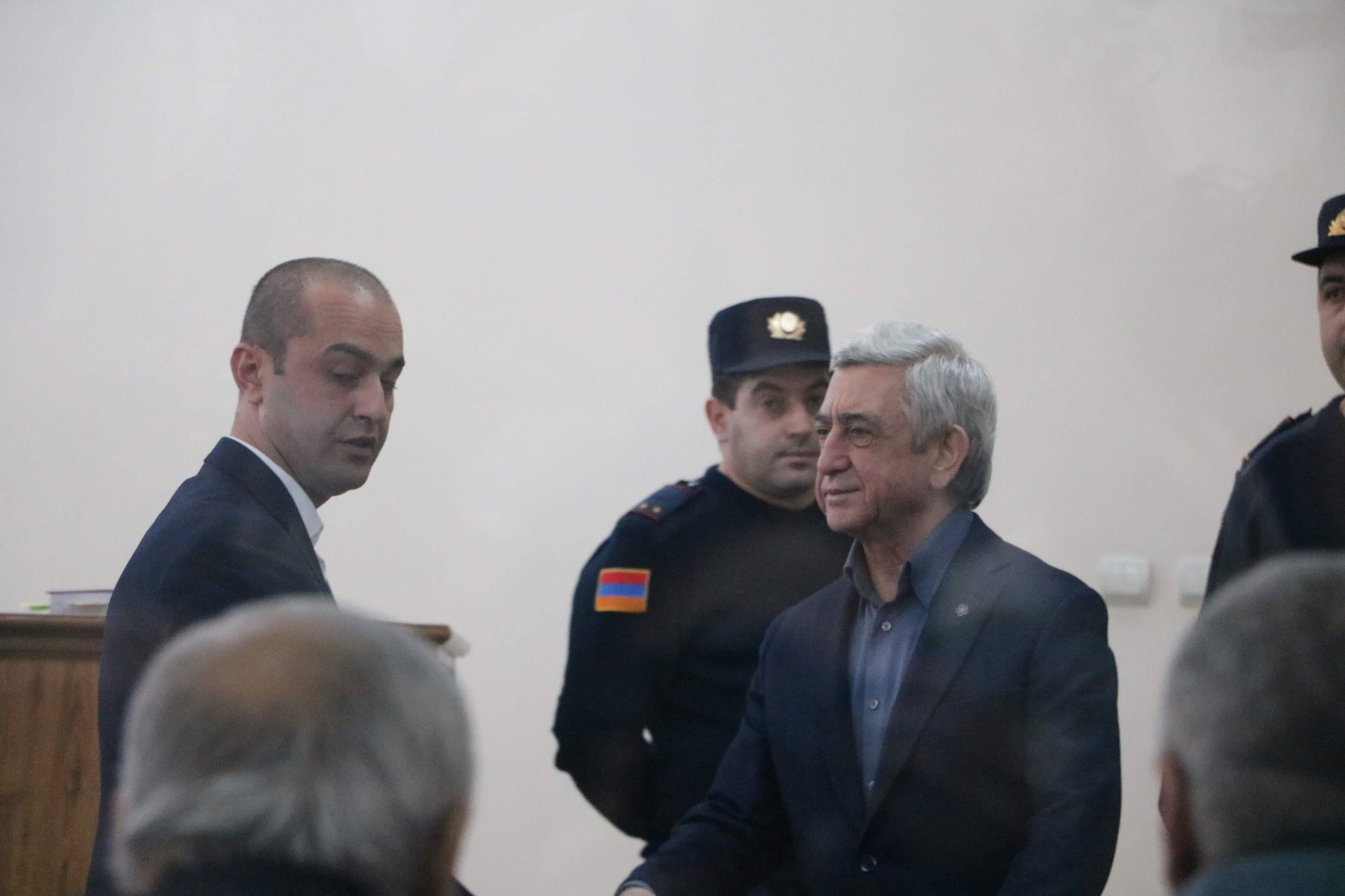 Yerevan: Embezzlement Trial of Serzh Sargsyan and Four Others Begins

The trial of former Armenian President Serzh Sargsyan, charged with masterminding the embezzlement of 489 million drams (just over $1 million) in 2013 from a state-sponsored diesel fuel assistance program, got underway today in Yerevan.

Supporters and opponents of Sargsyan staged demonstrations outside the packed courthouse.

Arriving at the courthouse, Beglaryan turned to reports and described the proceedings as a “show trial”.

“It’s all down to the machinations of Nikol,” Beglaryan said referring to Armenian PM Nikol Pashinyan.

The charges date to the spring of 2013, when the Armenian government approved a State Assistance Program for the purchase of diesel fuel at affordable prices for agricultural activities.

It is alleged that Sargsyan meddled in the government fuel tender process so that Flash, a company whose owner has been closely linked to Sargsyan, won the bid.

According to the Special Investigation Service (SIS), the government could have purchased the fuel from Maxhur, another supplier, at a lower cost, thus saving AMD 489 million.