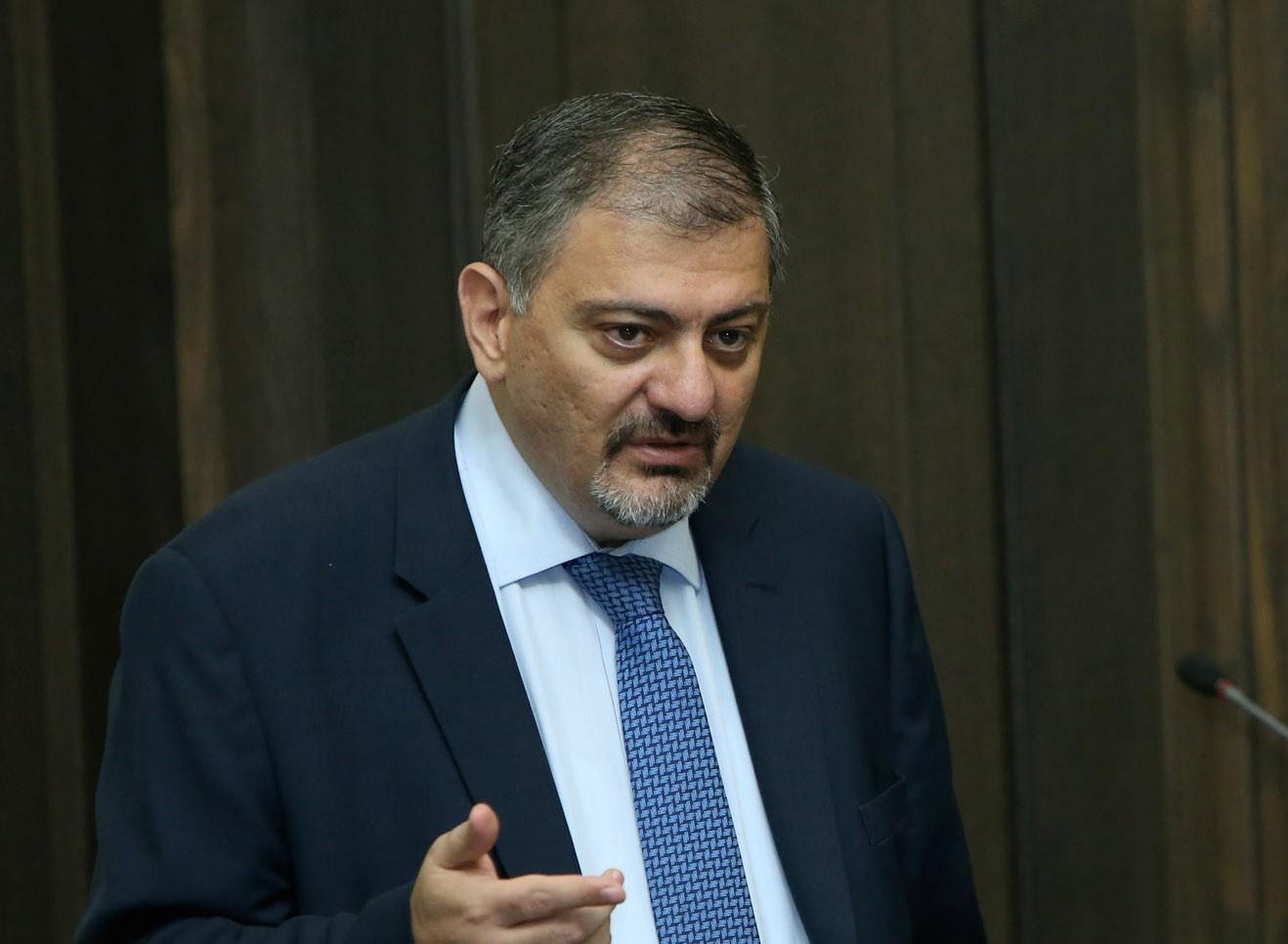 Economist Vache Gabrielyan: “Armenian government loan programs are ineffective at this stage; the focus should now be on grant assistance”

Mr. Gabrielyan, the Government has developed several-phase programs to counter the economic consequences of COVID-19. In your opinion, how effective are these programs? Please elaborate which tools you consider effective and which ones not.

I think loan programs are ineffective at this stage. They will start to become effective after a few months when normal economic activity resumes, especially in services, and considering the trends of the next few years, restructuring or reorganization will be performed. As to scale, the stated loan program sums are perhaps sufficient for addressing the SMEs’ problems, especially as they will be combined with the banks’ resources. However, in terms of injecting liquidity in the short run, especially for consumers, they were never a good tool in any crisis. I don’t object to starting them now to get them working later, but they need to be calibrated better by changing the combination of their financing terms and maturities. I don’t think, for example, that it will work to get taxes paid over the next month. This is not only about reluctance: businesses are radically uncertain about timelines and prospects, and under these circumstances, banks and borrowers find it hard to make decisions.

In the meantime, given the need to impose the state of emergency and the prospect that services (among others) will obviously not recover swiftly after the state of emergency is lifted, the focus should be on grant assistance. It must be primarily social—to make sure that wages and consumption do not fall so far that GDP recovery would take years. Then, it should provide short-term (1-3 months) relief to businesses, until the pandemic situation is more clear in Armenia and abroad.

And only then, when the recovery of the economy and external markets is more clearly outlined, loan programs will start to work. At that time, money will start flowing (albeit not too rapidly), and the targeting will be better, because banks will assess risks better than the government, and they will not lend to businesses that are unlikely to succeed.

In the meantime, however, liquidity must be injected rapidly and in much larger quantities, mostly with a social focus. “Vulnerable groups” need to be redefined: the new definition should be much wider than in social policies at normal times. With a minimum wage of 92,000 drams in Armenia (including taxes), and half of the employees earning between 120 and 125 thousand drams, many more people need assistance than the main beneficiaries of social services, and the key governmental actor does not have to be the social services agency. Given that trade and services account for around 55 percent of the Armenian economy (with trade, which is suffering the heaviest blow, accounting for about 11%, and public catering and accommodation—around 2.5%), a virtually total stoppage of the economy requires fast injection of liquidity in much larger volumes, albeit rougher and less targeted; this is what most countries are doing.

In addition to speed, scale is crucial. The current amount needs to be multiplied several-fold. I don’t want to project the course of the pandemic, but I think that the current mode of self-isolation will perhaps be continued at least until May; therefore, proportionate funds have to be spent. It is also necessary to present the next months’ prospect to businesses as soon as possible, so that they can plan whom to send on leave, whom to transfer to other schedules, how to line up their staffing on duty shifts, and so on. Not many of them have excess working capital to be able to persevere for an indefinite term. Even in case of lending from the banks, they need to know their liquidity need for the next week, month, and quarter, or whether they should prepare for even deeper structural problems.

In this situation, what tools can be be used to minimize the negative economic impact?

Following the logic above, in addition to the 9 measures put forward by the Government, I would mention further 4 potential areas. First, subsidizing utility expenses for a broadly defined social class (we have such experience, no need to reinvent the wheel). Second,  highly targeted tax deferrals for SMEs, in specific cases, also for some large enterprises regarded as criticial for certain reasons. I do not mean long-lasting tax holidays, but short -1 to 2 months. Third, if necessary, injecting liquidity into the banking system and the economy more agressively, even through a quantitative expansionary policy (when the Central Bank purchases financial assets).   Fourth,  in addition to the activities that are already underway, focused in-kind assistance to agriculture. I mean first of all water, seeds, fertilizers, fuel, etc.

Often, to improve the targeting of spending, the state can provide assistance not in  form of cash but in form of vouchers and stamps that can be used only for specific goods or services. However, this measure requires more time to be invested, and I do not think we will manage to do it now.

I am certain that the Government is discussing many measures, maybe much better ones, and measures that are accurate to a decimal point. At this stage, however, their targeting accuracy is not important but what matters is that they [the measures] are adopted quickly and implemented even more quickly.

Obviously, the current situation and the external impulses will significantly lower Armenia’s growth this year. How likely is this a great recession?

The likelihood is very high (both in the Republic of Armenia and globally; this is not an Armenian phenomenon) and many people maintain that it is already a reality. For Armenia, for instance, the Central Bank is projecting a growth of up to one percent (although the range of accuracy is very wide). Vahram Avanesyan, former Minister of Economy, estimates that the decline would be 6 % globally and 11 % in Armenia. International estimates also vary; however, generally a recession is anticipated. At this moment, I cannot provide an accurate estimate; the estimates would significantly depend on the host of regimes restricting work and interactions due to the virus dynamics. I think that we would even be inclined to consider a decline of 2-3% as an achievement for this year.

At such pace, would Armenia manage to fully execute the expenditure and revenue planned in the budget? How important is the role of capital spending today?

While the government has accumulated resources, I think that the budget needs to be revised. First, the deficit has to be significantly widened, both in terms of decreased revenue and increased expenditure. With respect to debt sustainability, the government has followed the previously published fiscal rules, and I don’t think it will have any impact on the country's creditworthiness – the entire world is in a similar situation. Although I am not a supporter of increasing public debt beyond the fiscal rules, I think that the situation now it one, which justly requires a temporary increase in debt. Meanwhile, the external debt should not be considered as the only possibility. I think that our traditional partners,  the IMF and international development banks (WB, ADB, EBRD, etc.) would certainly have old and new instruments for the new situation, but I would also consider the domestic market; in cooperation with the Central Bank twenty to thirty billion drams could possibly be raised in the domestic market more quickly.

Capital spending now is more than important: no instrument is more important amid the economic slowdown and downturn. Consider how many roads we built in 2009. The fiscal deficit reached 7.5% from 0.5 % in 2008 of which 7 % was channeled to capital spending. It set the stage for the growth rebound in 2010.  In addition, in terms of low-intensity interactions, some road construction activities, for instance, are comparable to agriculture, and they perhaps could be reconsidered in the context of the restrictions. For execution of capital spending under international projects it is very important that mid-level managers have confidence that they are authorized to take safe decisions and take those decisions.

In your opinion, has Armenia’s economy undergone qualitative and structural changes in the post-revolution period?

I think that so far there have been no significant structural changes. The inertia has kept the economy in motion; such changes require much longer time.

How much time would Armenia need to overcome the economic losses of today and to achieve qualitative growth?

As long as the pandemic is raging across the planet, I do not want to announce numbers. When the global health picture becomes more certain (and it is of primary importance for all countries in all respects), then it might be possible to provide estimates. Now we only have the preliminary numbers on the pace of partial recovery of the Chinese economy, which do not even allow making forecasts for China.

There is no one-size-fits-all solution for all countries; such a mixture of health and economic activities should be pursued that has minimal aggregate losses. This solution does not have an initial answer; it depends on the pace, geography, health system workload and ability to function, structure of the economic activity (share of agriculture, possibility to provide remote services, etc.). The more strictly we comply with the regime of restrictions, the more we would contribute to the quick solution of the problem.

(The above was translated from the Armenian by Vache Gabrielyan)