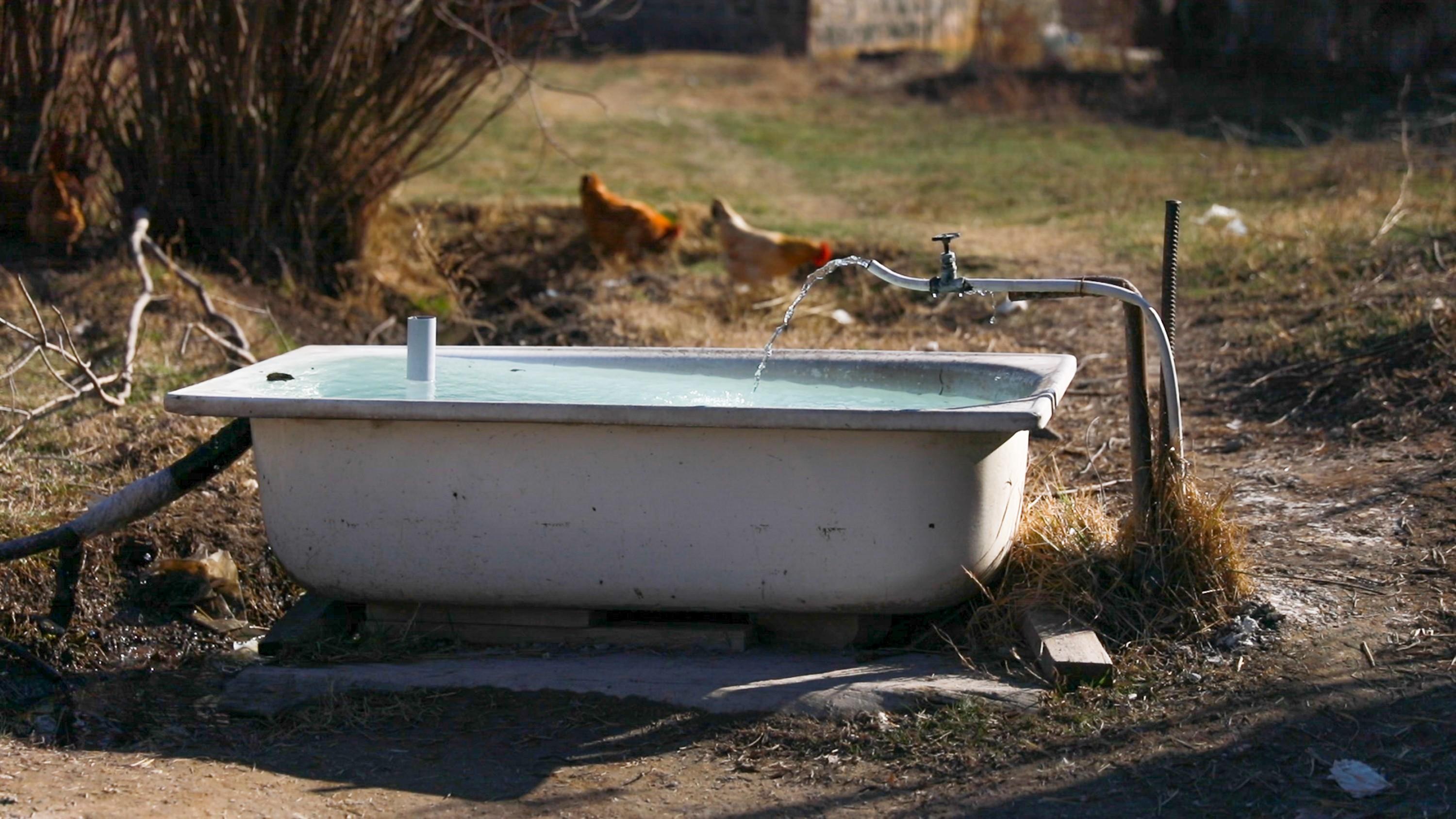 In 1988, when the first group of Armenians deported from Baku, Kirovabad, Shamkhor and other cities of Azerbaijan due to the Artsakh conflict reached the Azeri-populated village of Sis in Armenia’s Ararat Province, some Azeris were still living there

According to a preliminary agreement, they exchanged houses with the local Azeris, but when they arrived, there was a complete mess in the village over the distribution of houses.

In addition, the rural houses and the way of life did not correspond to the ideas of the townspeople.

Village blacksmith Haykaz Shahboyan, the head of the only Armenian family in Sis, was given the task of pacifying and accommodating the newcomers.

“My father was summoned to the district committee and was appointed village head. It was a terrible mess. The houses of the Armenians were good. The Turks would go in advance to see the houses. They were sent from there. Armenians would come here and see that the houses weren’t good. They would try to change things around,” recalls Haykaz Shahboyan's daughter, Seda Shahboyan.

Until 1988, one Armenian family lived in Sis, along with twenty Kurdish families. The rest were Azeris. The ethnic composition of the village population changed dramatically in 1988-89. The Armenians who arrived here before the onset of winter were in for a second shock.

"It was a very cold winter when they came. They couldn't light the stoves and couldn't cultivate the land in the spring. It was exceedingly difficult for them here. Many left, especially the young people. The elderly stayed in the village. After getting the deportees settled in, my father did not want to work anymore. He was getting up in age,” says Mrs. Shahboyan. 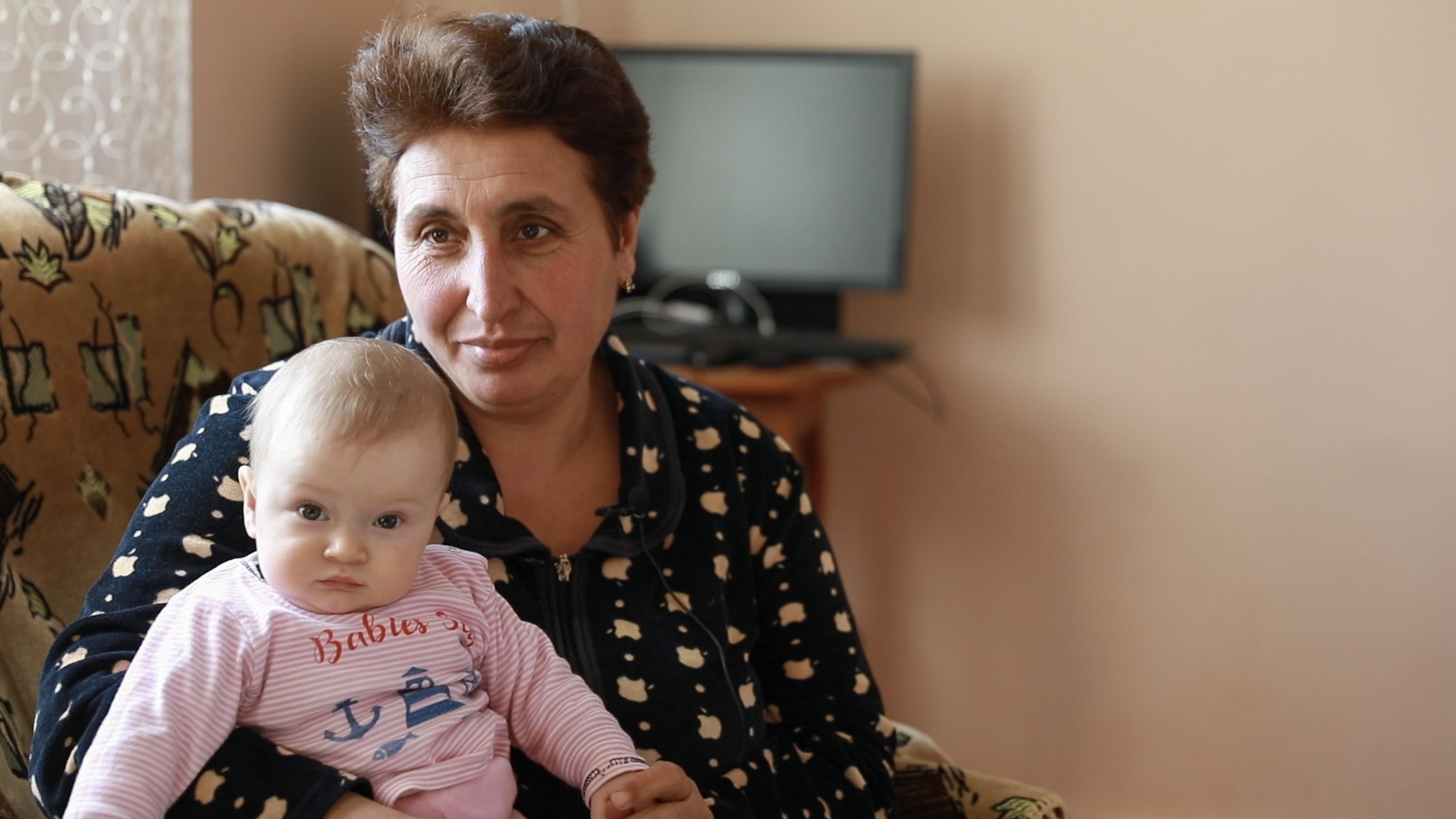 A year later, many of them sold their homes to other IDPs arriving in Sis and left. The latter were from rural areas of Azerbaijan and more easily adapted to the new environment.

"We arrived in October 1988. The movement had already begun. We decided in one day and came. When we came, there were still Turks here,” says Anaida Adiyan, a foreign language teacher at the Sis School.

The Adiyan family came from Kirovabad. His connection with Armenia was established earlier, he studied at the Bryusov Institute in Yerevan. Her connection with Armenia dates to an earlier time when she studied at Yerevan’s Bryusov Language Institute.  She continues to teach Russian and English at the village school. Mrs. Adiyan, who has a granddaughter, says she has not yet come to terms with the life of the village 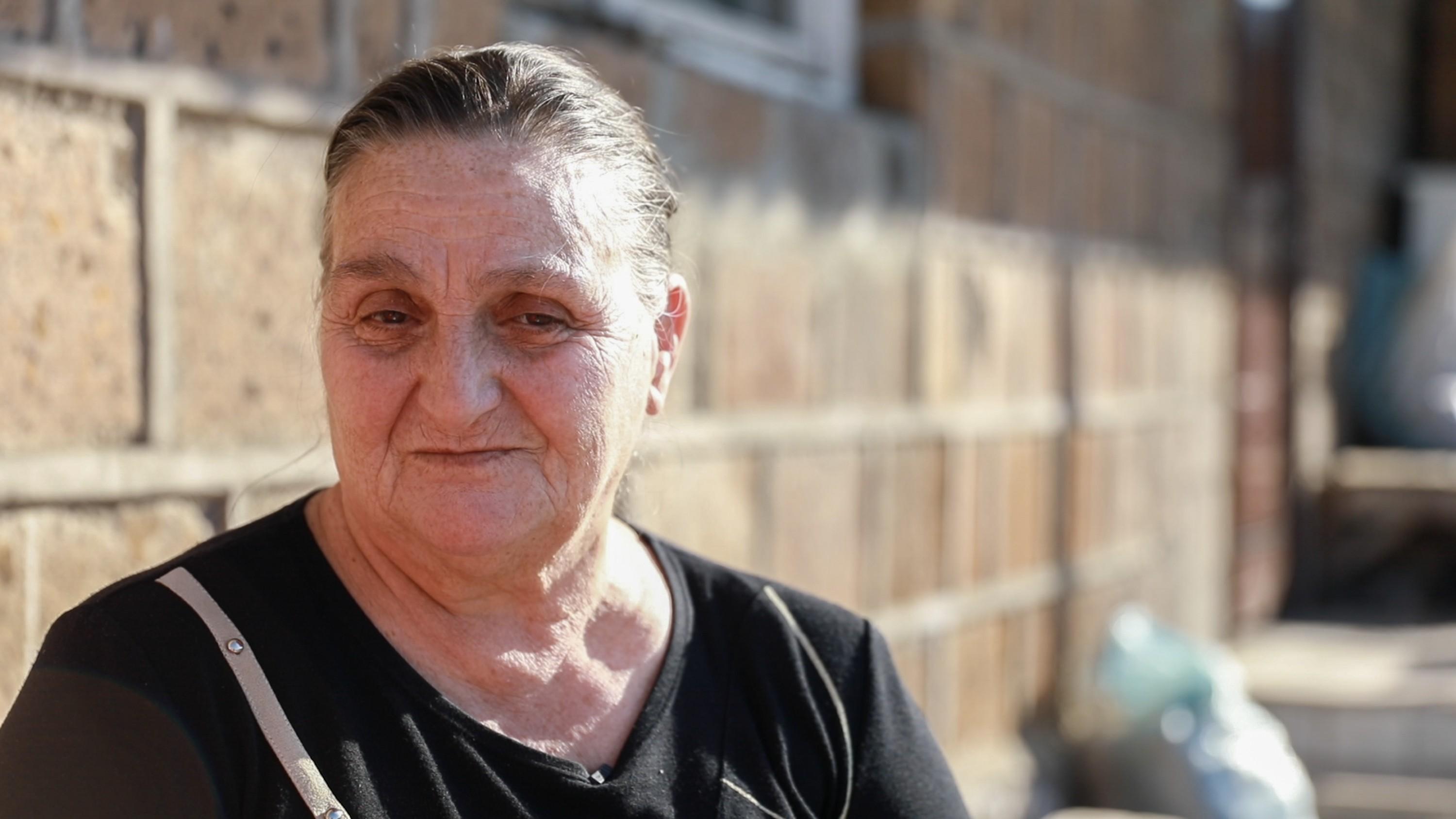 "The city folk left early. They’d walk around the village in their dresses and carrying umbrellas as if it were a plaza. In the early years, they went to work in the sovkhoz cultivating tomatoes and eggplants. They left because they weren’t paid. They went to America, Russia. Those who came from the villages were able to adapt and farm. But their young people also left,” says Mrs. Tumasyan.

The main occupation of the Azeris living in Sis was farming. They’d grow vegetables and do a brisk business selling them in Yerevan.

Sis has 330 hectares of agricultural land, which is not cultivated due to a lack of water. The Soviet-era irrigation system was destroyed by the winter cold and summer heat.

"We don't have irrigation network sub-pipes. That's why they can't cultivate the fields," says Zhora Gazaryan, an agricultural specialist at the municipality. 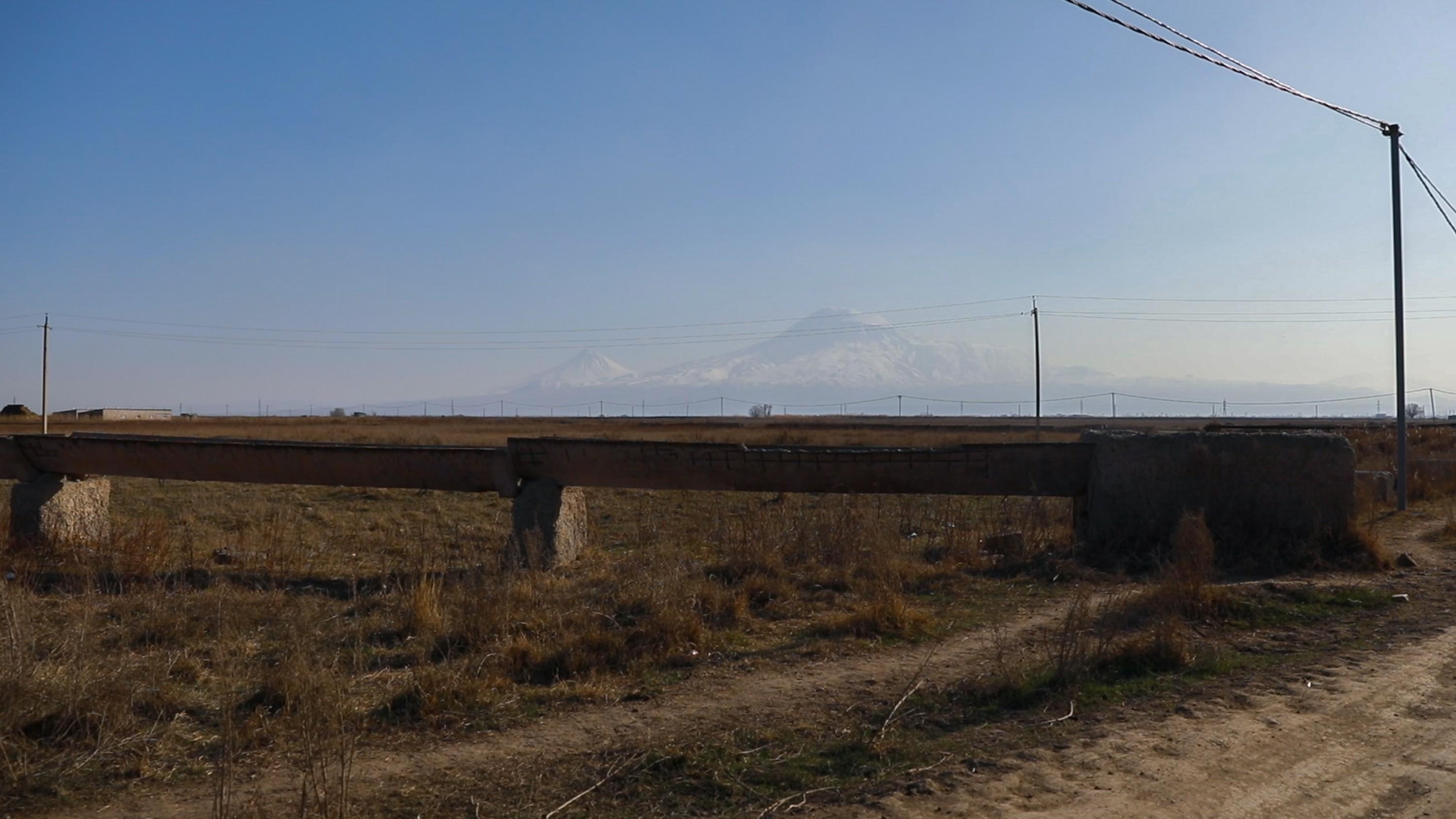 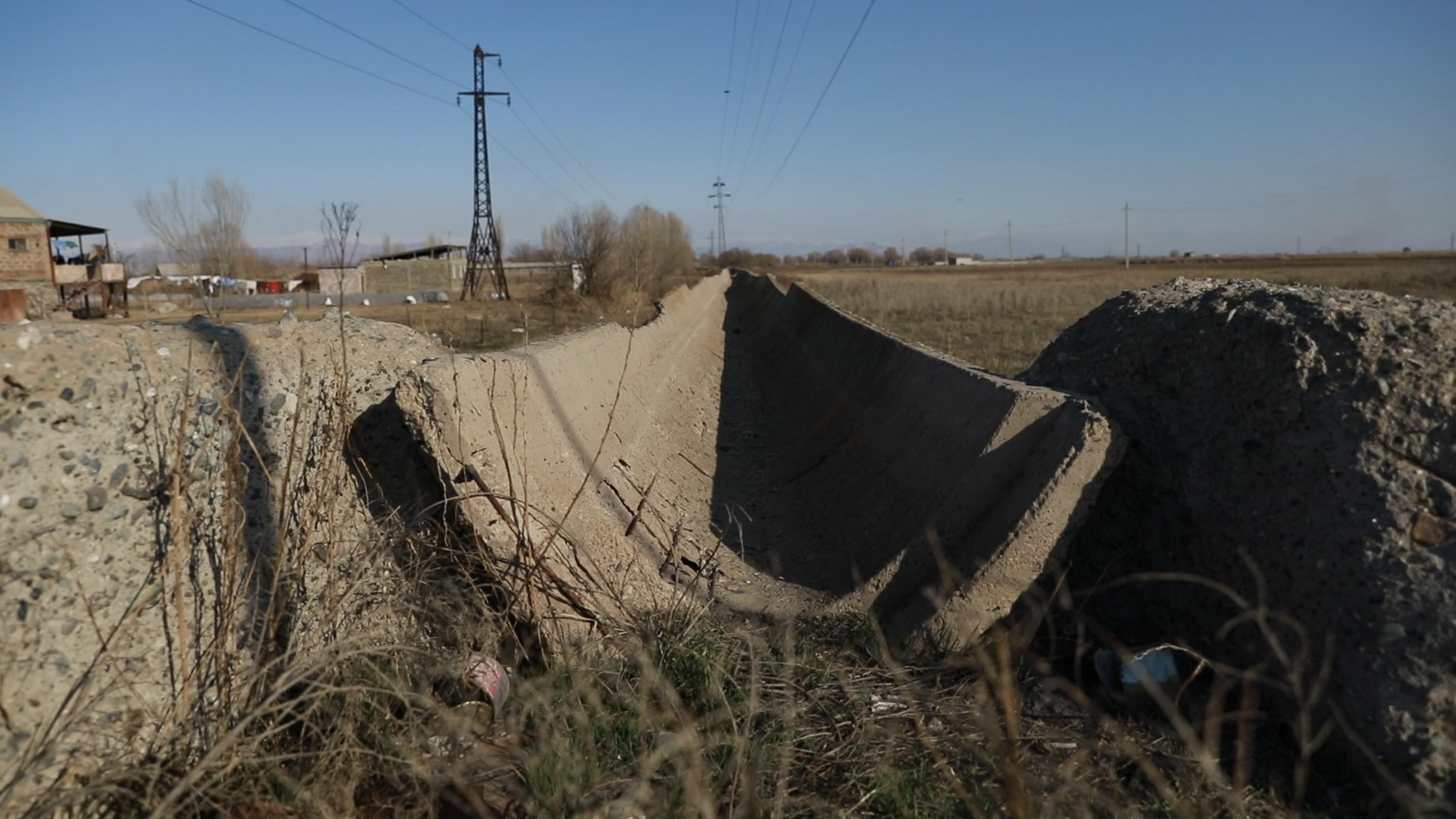 Villagers say that they do not cultivate anything and only harvest grass once a year. They note that those who living well in Sis have done so by cattle breeding. Mr. Gazaryan notes that in case of irrigation, grass would be harvested four times yearly.

Mrs. Tumasyan says that residents in the early 1990s were mainly engaged in    agriculture and fish farming. At the time, the Masis Fish Farm in the village employed some 120 people from Sis and neighboring villages.

According to official documents, the main branch of employment of the population of Sis is agriculture: potatoes, alfalfa, vegetable crops, flower cultivation and cattle breeding. The municipality says the development of the village is due to the effective use of garden plots, arable lands, grasslands, and pastures. However, the municipality has done nothing to achieve this. 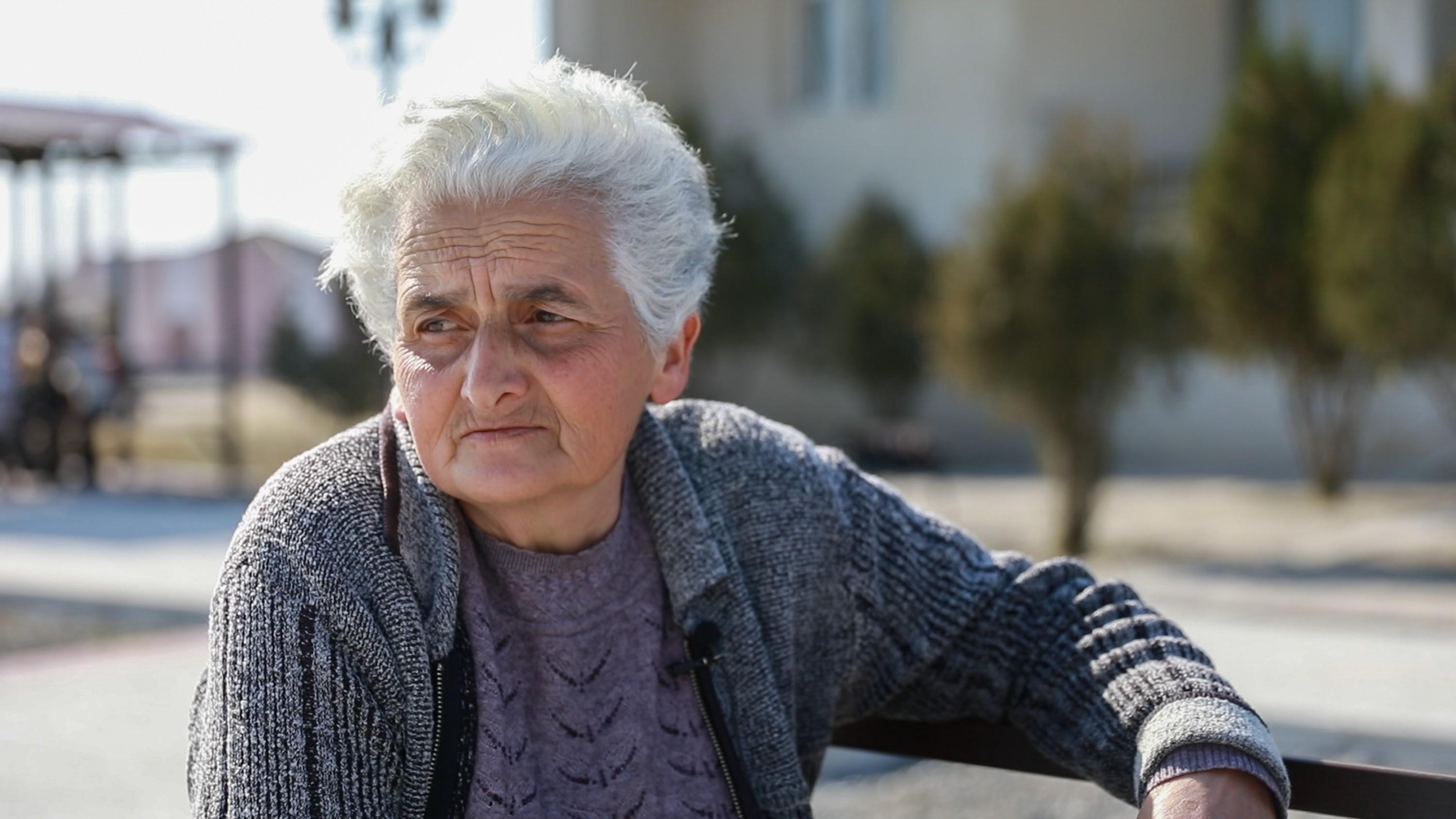 "This village is built on water. Dig down two meters and water gushes out,” says Ramella Ohanyan, Secretary of the Sis Municipality.

There are 23 artesian wells in the village, intended for irrigation, but since the village has no drinking water, residents use the wells. The Hygiene and Anti-Epidemic Inspectorate says it inspects the water quality of the artesian wells once a month, but residents do not feel protected from infectious diseases.

"We drink well water and use it for everyday household chores. We irrigate the land with it," says Mrs. Shaboyan. 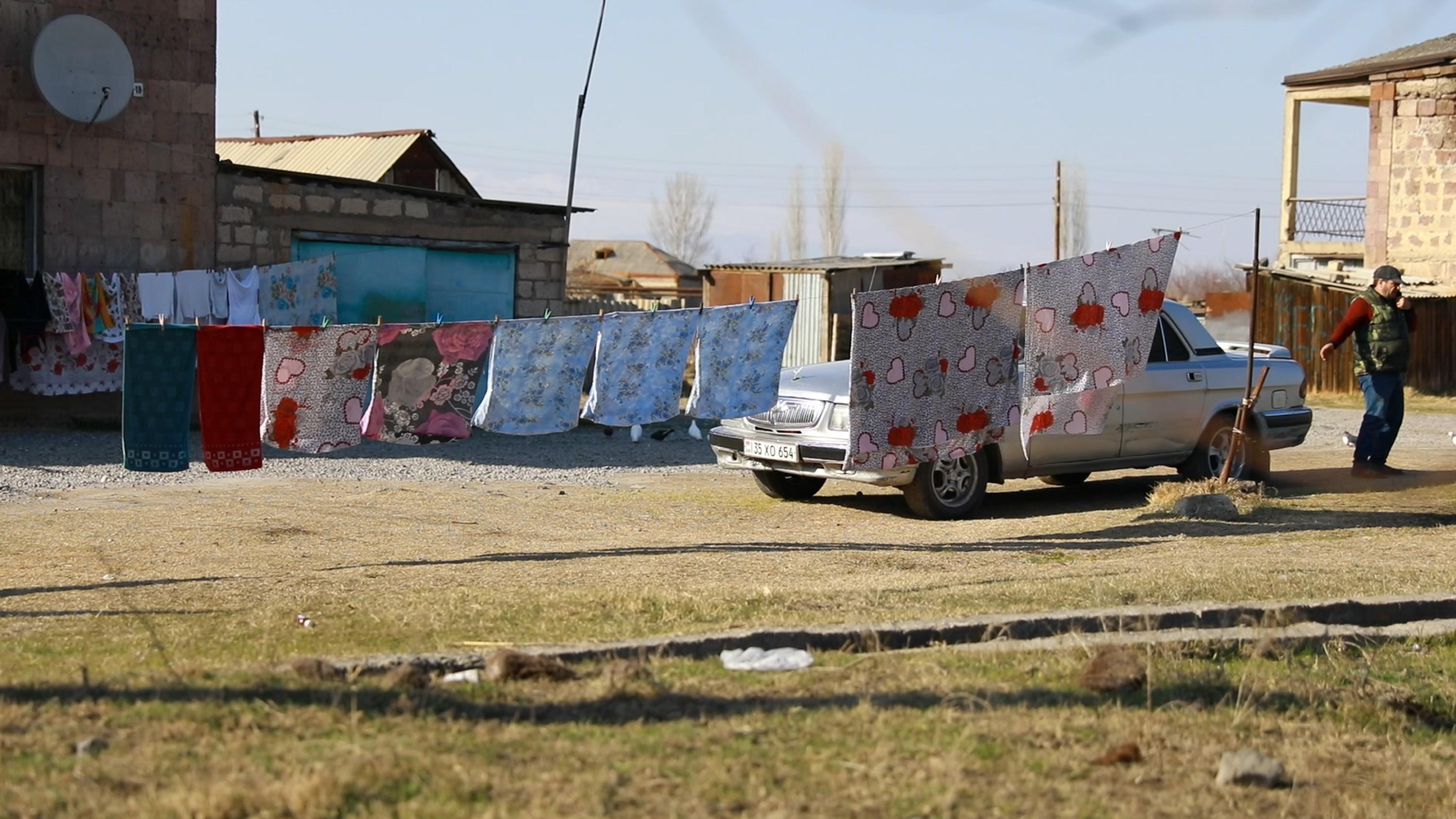 Mrs. Ohanyan say there has never been a drinking water pipeline in Sis. While the municipality feels the construction of a community drinking water network is vital, it can’t afford such a project.

"We don't have that much money. I've worked with three mayors, and all three have had that problem." I have sent letters to the government many times, but they have always remained unanswered,” says Mrs. Ohanyan

More than thirty years have passed since the resettlement of Armenians in Sis but  living conditions of the village remain deficient.

There is no drinking and irrigation water and the village lacks natural gas.

When residents assess the changes made over the years, they point to the fact that some streets have been asphalted, that the village is 90% illuminated, and that they have a school, kindergarten and two stores.

"Several homes have gas. But they say the houses are not built accordingly and that's why it doesn't work," says Margarita Avanesyan from Baku. 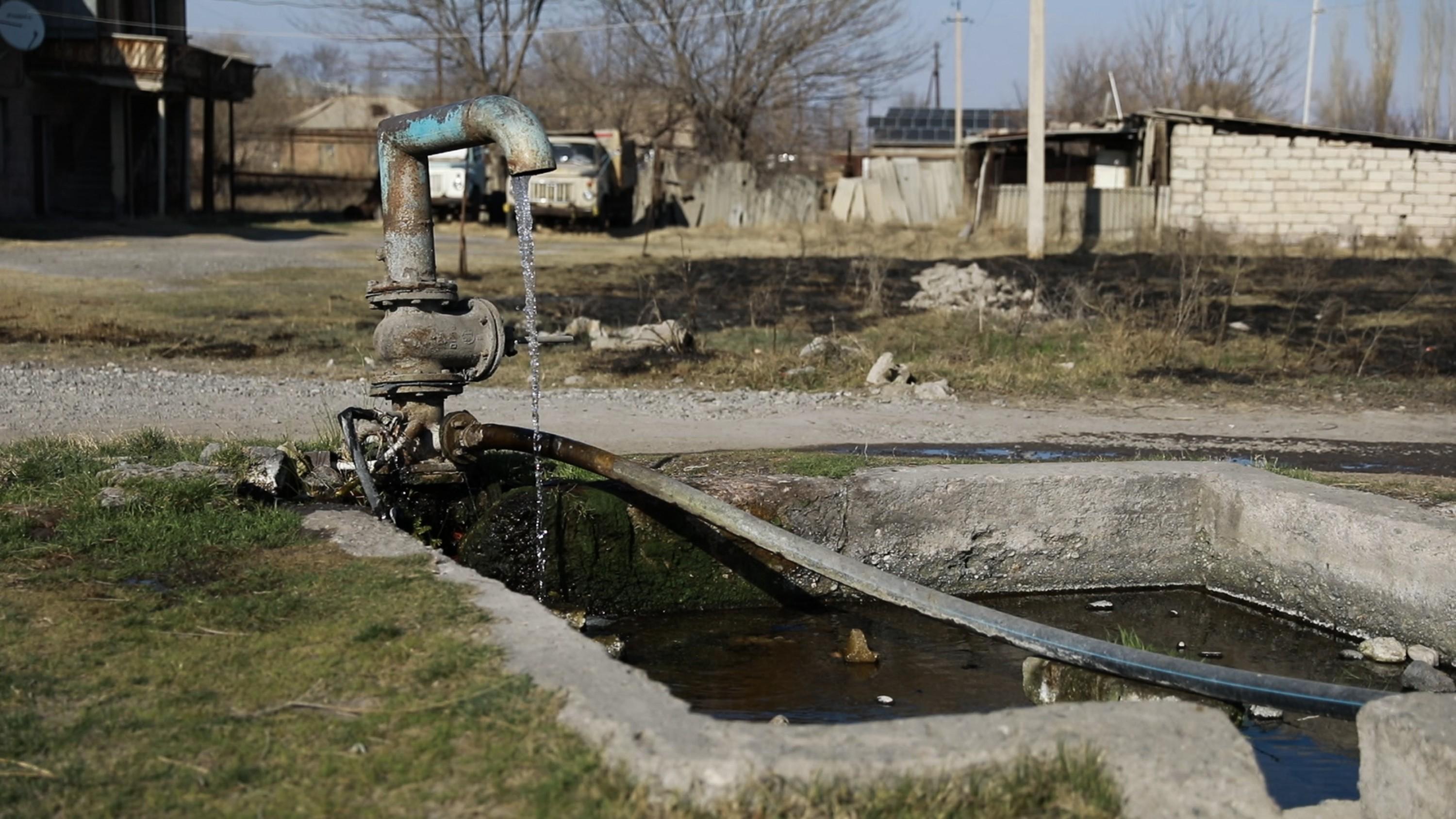 During the Soviet era, agricultural production and fish farming in Sis were in balance.

The five-year strategic plan of the community, adopted in 2017 during the tenure of former Community Head Armen Yeghyan, even lists the number of chickens and other fowl in the community. But there is no mention of the existing thirty fish farms, their lands, and their role in the community's economic life.

The previous and current mayors of Sis (Paruyr Mnatsakanyan, Armen Yeghyan, Hayk Melkonyan), are fish farmers. Therefore, they have good idea of ​​the great financial opportunities created by the area, rich in natural lakes, to grow the community budget and improve community infrastructure.

The municipality says it only pays land tax for the fish farms, and property taxes for artificial ponds, which do not provide income for residents and the community. They are also jobs. About forty people from Sis, with a population of 1,580, are currently working in the fish farms.

There are thirty fish farms in Sis, where not only the residents of Sis and neighboring villages, but also those from different parts of the country work.

The village’s population is constantly changing with people from afar afield as Aparan, Talin and Sisian coming to Sis looking for work and buying or renting the houses of Armenians deported from Azerbaijan. 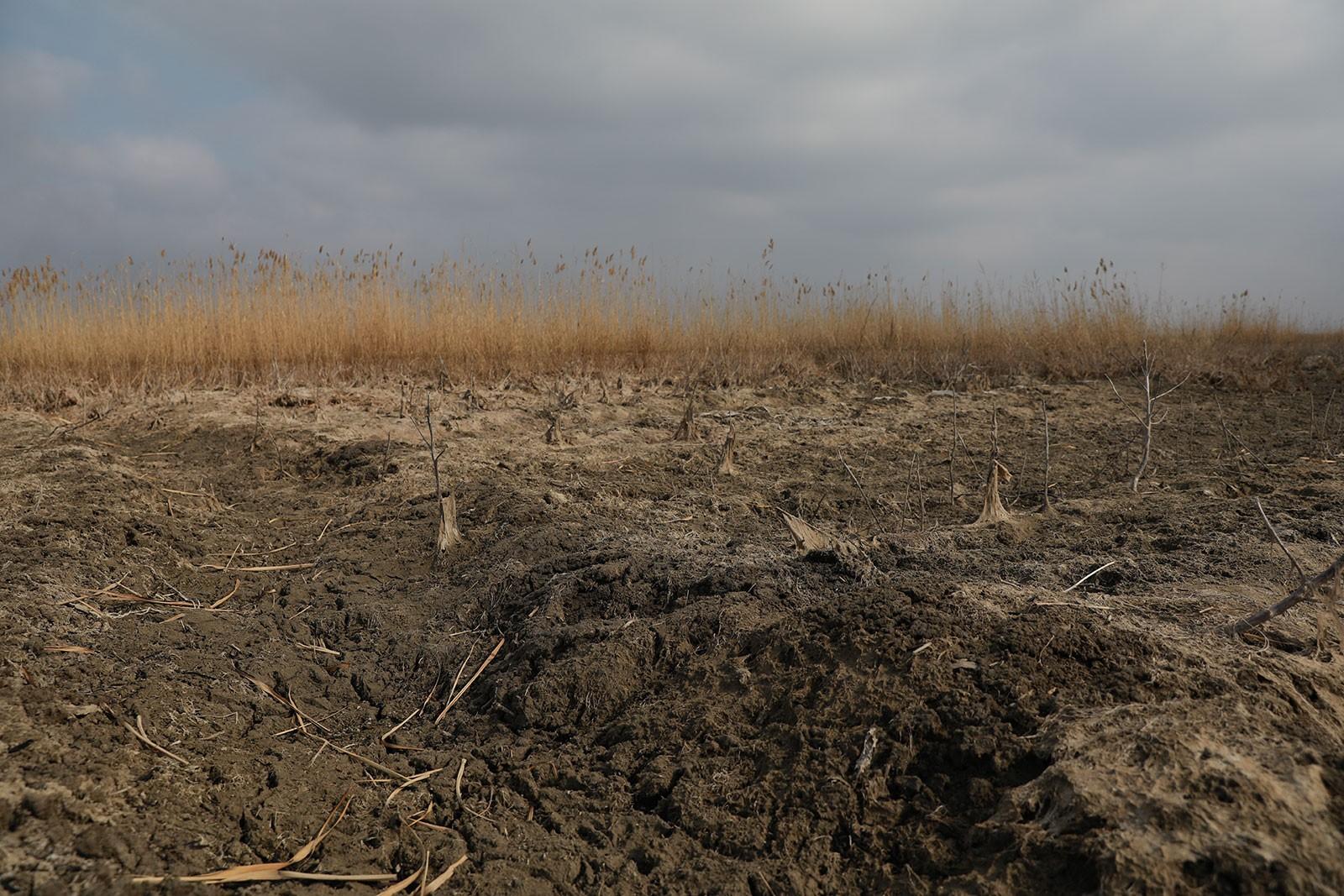 “In the last ten years, the community budget has increased by 12 million drams, 80% at the expense of the subsidy and 20% at the property tax levied on cars,” says Sis Deputy Mayor Robert Galstyan, adding that it may grow due to the legalization of fish farms. He cites the example of Samvel Aleksanyan.

Former Mayor Armen Yeghyan hid the fact that some fish farmers did not change the zoning of the land and did not pay anything to the budget.

Fish farm payments alone would have been sufficient to create a drinking and irrigation water system and to provide all residents with natural gas.