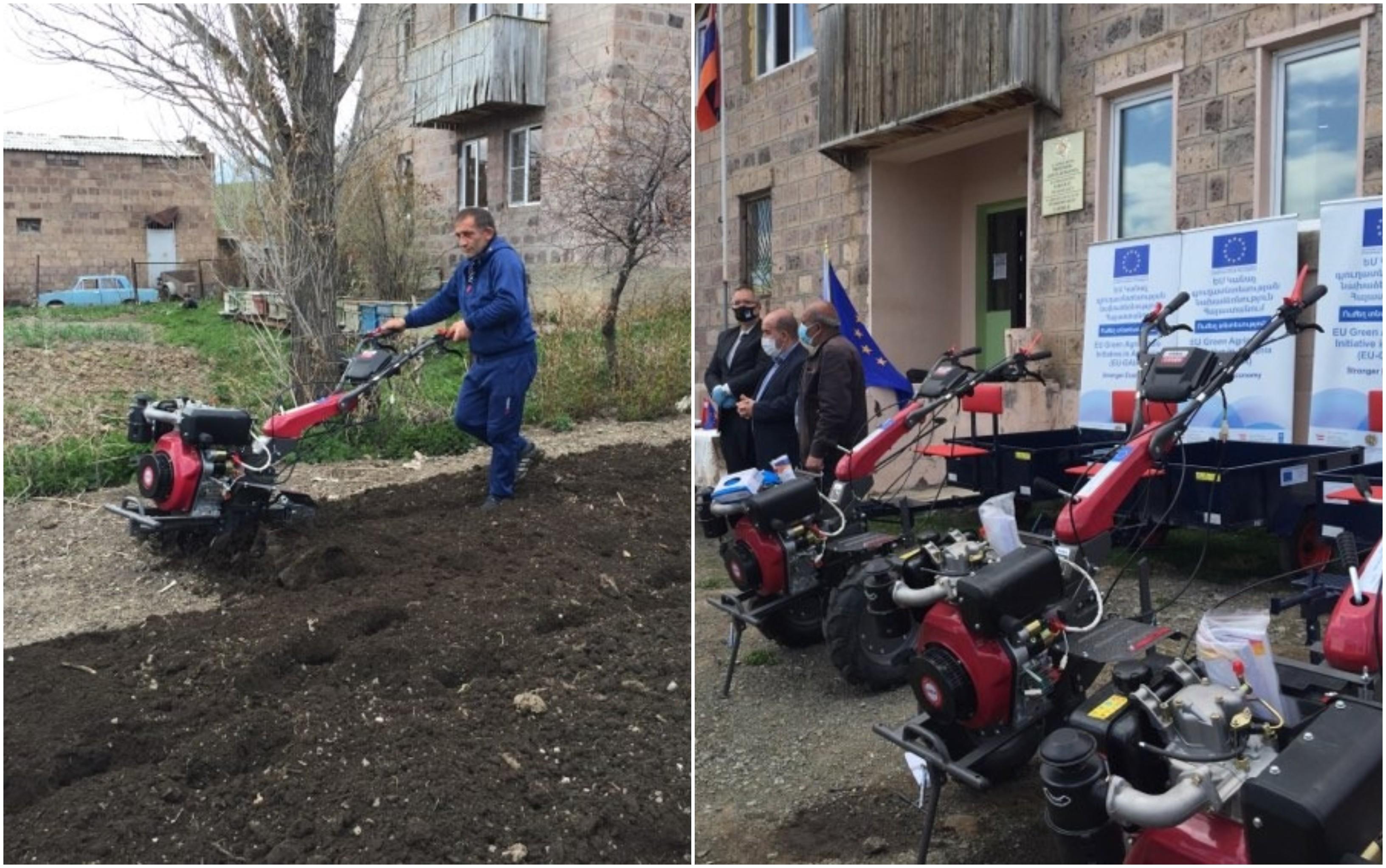 The following was released by the Green Agriculture Initiative in Armenia (GAIA).

Eleven small-scale tillage machines (motoblocks) were provided today to a total of 15 rural settlements of the Sarapat and Amasia communities of Armenia’s Shirak Province with the financial support of the European Union.

The equipment will be used in a rotating manner by vulnerable producers identified in the communities. This support is part of the European Union's immediate assistance to Armenia in mitigating the effects of the COVID-19 crisis in the agricultural sector.

In his speech, Shirak Governor Tigran Petrosyan said: "Due to the situation created because of the epidemic, food security and the continuous development of agriculture are becoming especially important priorities. From this point of view, new technological solutions in agriculture and the growth of land cultivation are becoming a priority. I am glad that our partners from the European Union responded to our needs and today, keeping our high level of cooperation, we receive targeted support for the agribusinesses of Amasia and Sarapat communities of Shirak region.”

“The need for these motoblocks was identified in cooperation with the Marzpetaran just one month ago and, with the support of the European Union, the Austrian Development Agency managed to respond in time for the machines to be used for the current season, enabling vulnerable groups to be self-reliant in agriculture in a sustainable manner,” noted Pascal Bokkers, Team Leader of the EU-GAIA project.

During the handover memorandums were signed both with the Head of Sarapat community Mr. Artush Manukyan and the Head of Amasia Community Ms. Jemma Harutyunyan. In addition, the beneficiaries were instructed on how the new equipment is best and most effectively used. All attendees adhered to the required sanitary and social distancing measures.

Given the needs of vulnerable producers, the European Union and the Austrian Development Agency (ADA), which implements and co-finances the EU’s Green Agriculture Initiative in Armenia (EU-GAIA project), and in close cooperation with the Ministry of Economy and regional Administration offices, agreed to provide small-scale tillage machines (motoblocks) to the communities of Shirak, Tavush and Lori regions to alleviate the socio-economic impact of the current COVID-19 crisis. The measures are aimed especially at the most vulnerable groups in the target regions of the project.