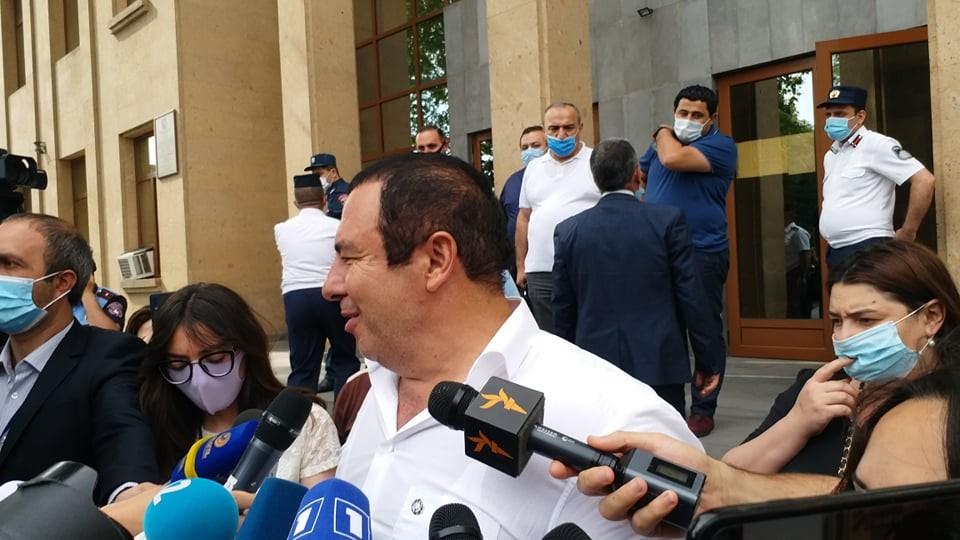 The National Security Service has filed a motion with the courts to detain Tsarukyan, accused on handing out bribes to voters during the April 2018 parliamentary elections.

“All are equal before the law. Go ask the court. Let the court issue its decision,” Tasrukayn told reporters when asked what decision he expected.

“I say again, no one in history has been detained on this charge,” Tsarukyan said.

Judge Papoyan ordered a recess in the hearing and retired to his consultative chamber.