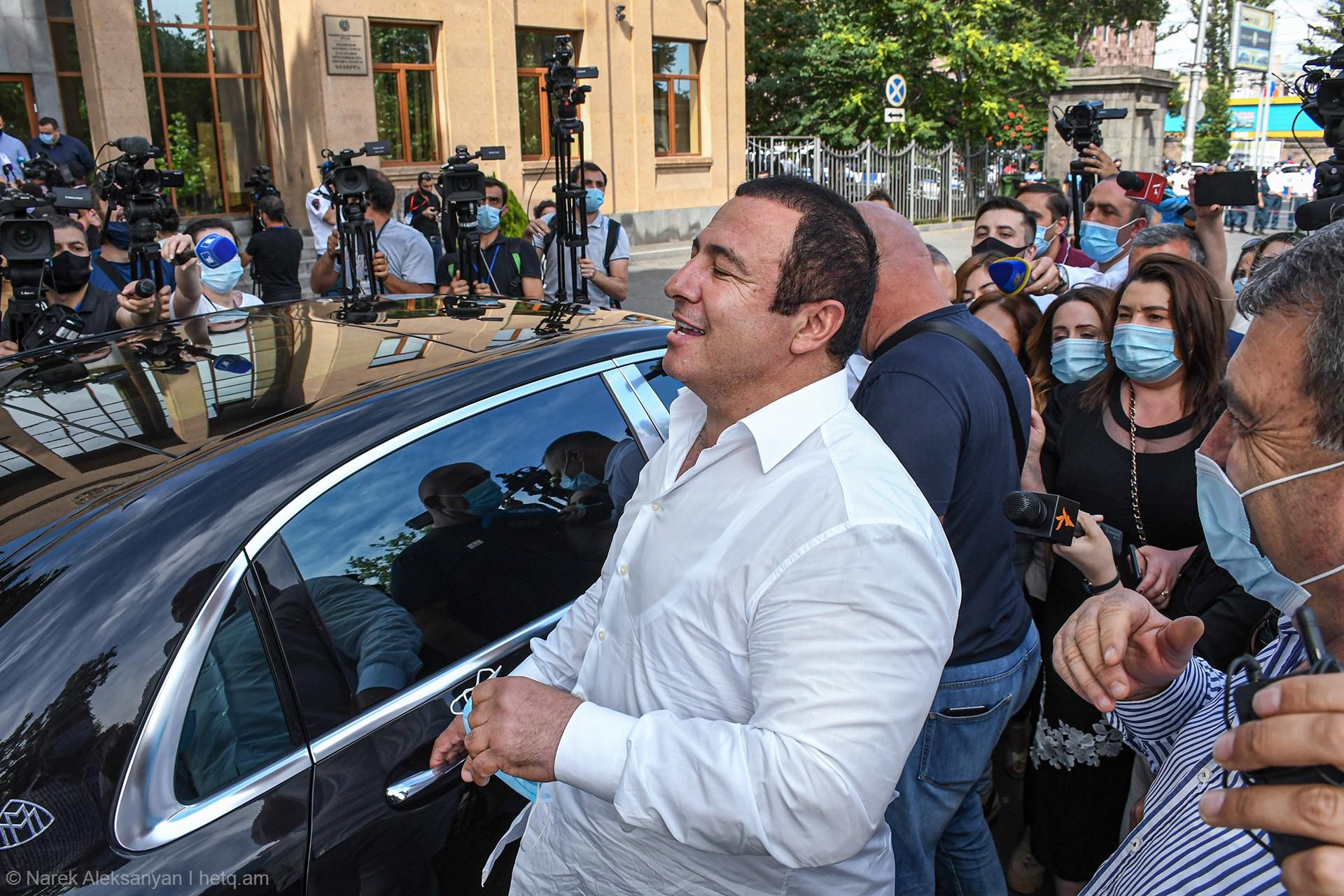 The country’s National Security Service had filed a motion with the court to detain Tsarukyan, who denies the charge.

On June 16, Armenia’s National Assembly voted in favor of stripping Tsarukyan of his parliamentary immunity, thus paving the way for his subsequent indictment.

Tsarukyan has described the charge as a government backed political campaign against him.

Earlier this month, Tsarukyan criticized the government for mismanaging its response to the coronavirus pandemic and the resultant economic downturn.