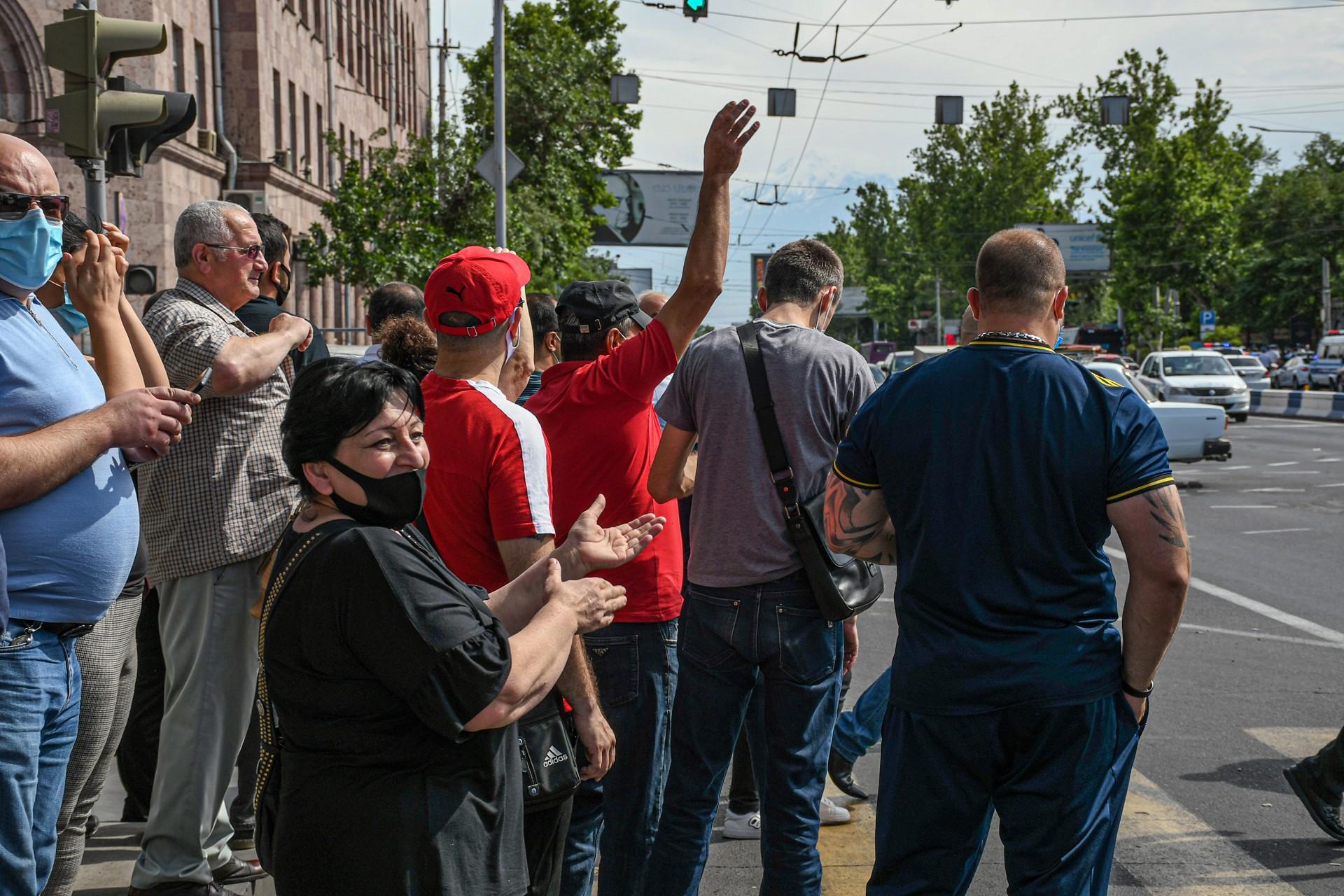 Dressed all in white, and wearing a face mask, Prosperous Armenia Party (BHK) leader exited a Yerevan court today and was greeted by waiting reporters.

Minutes earlier, the court issued its decision not to detain Tsarukyan, charged with vote buying during the 2017 parliamentary election, in the lead-up to his trial.

Tsarukyan supporters could be seen applauding his motorcade as it passed by.

The National Security Service had filed a motion with the courts to detain Tsarukyan on the vote buying charge.

Leaving the court, Tsarukyan again stated that he is innocent of the charge, describing it as a politically inspired government vendetta against him. 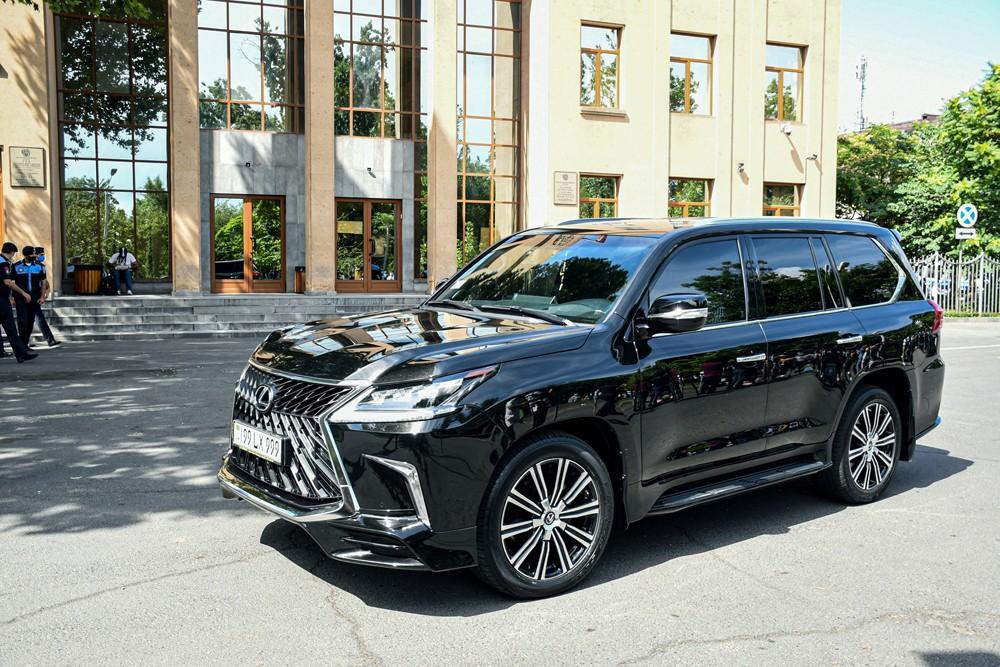 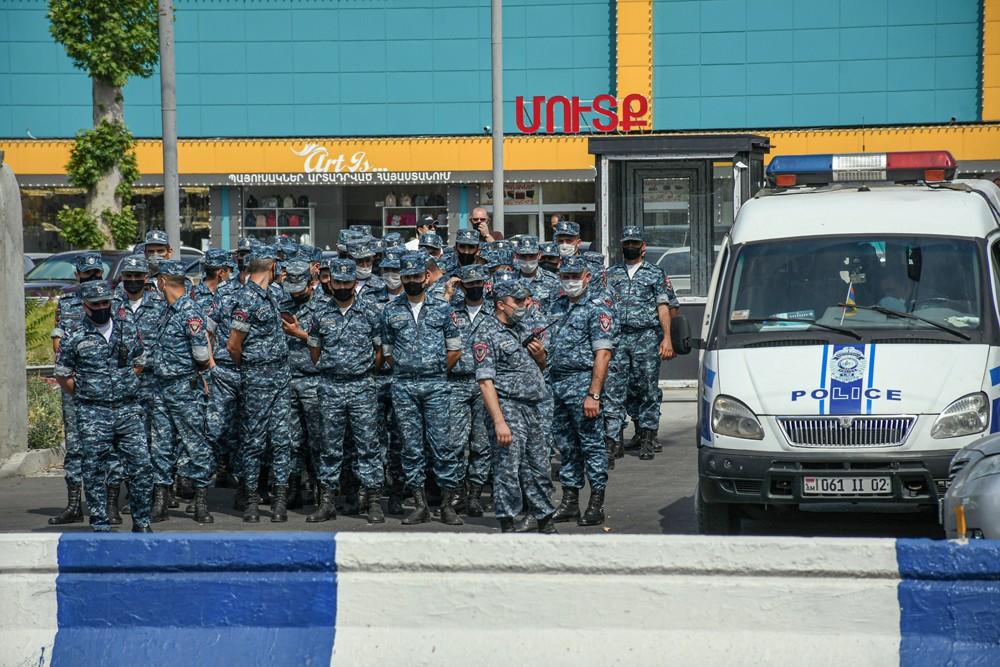 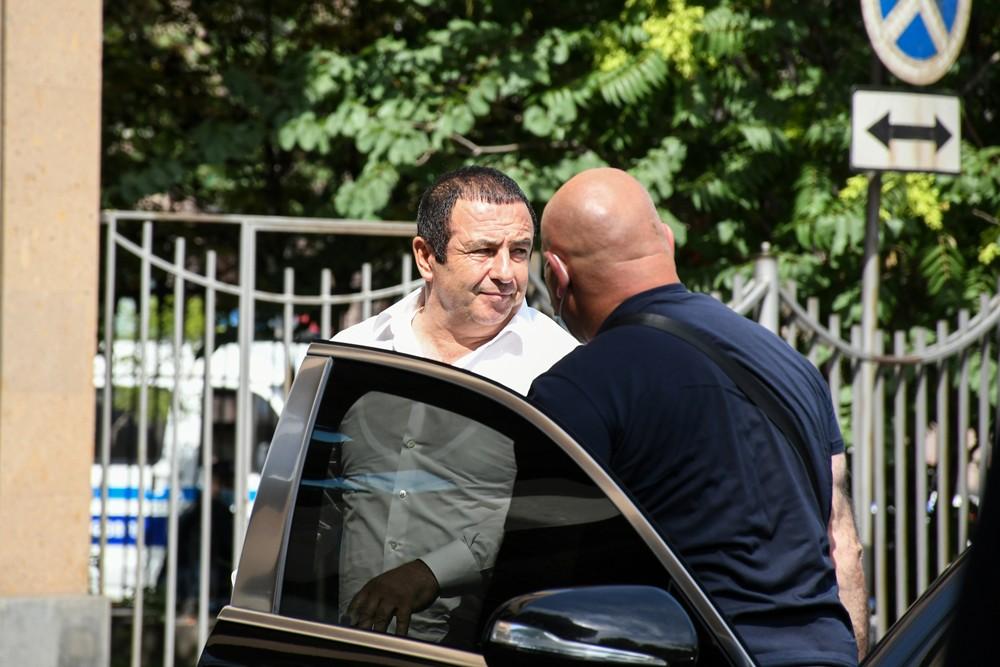 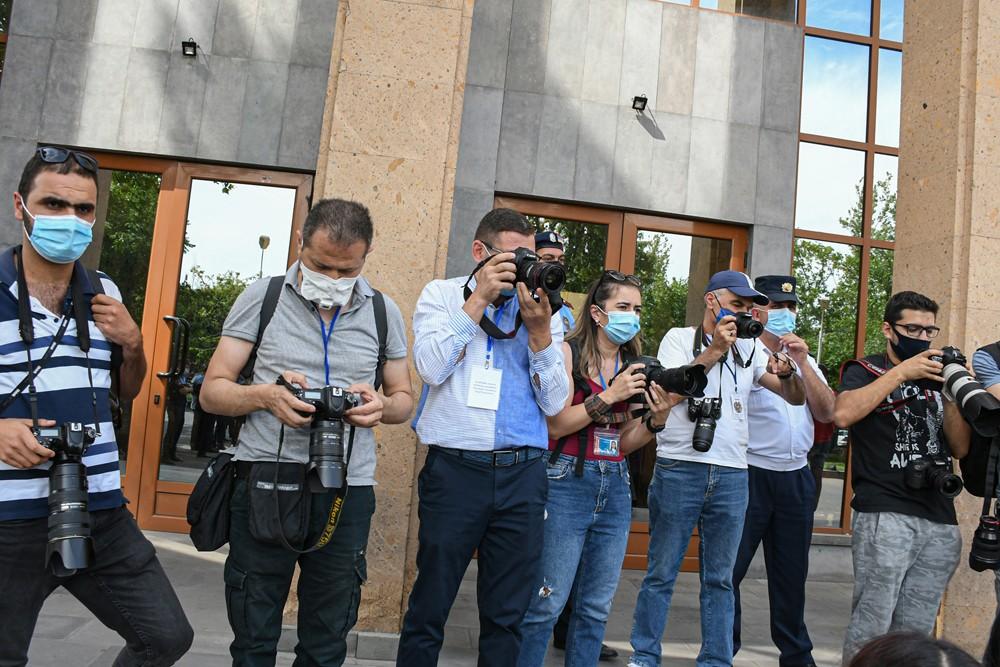 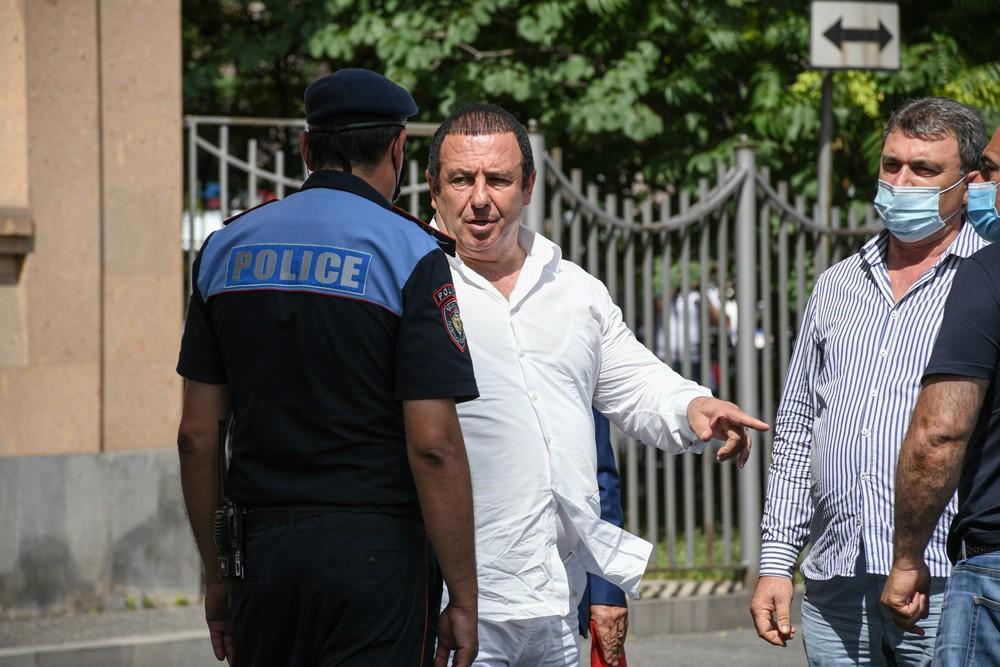 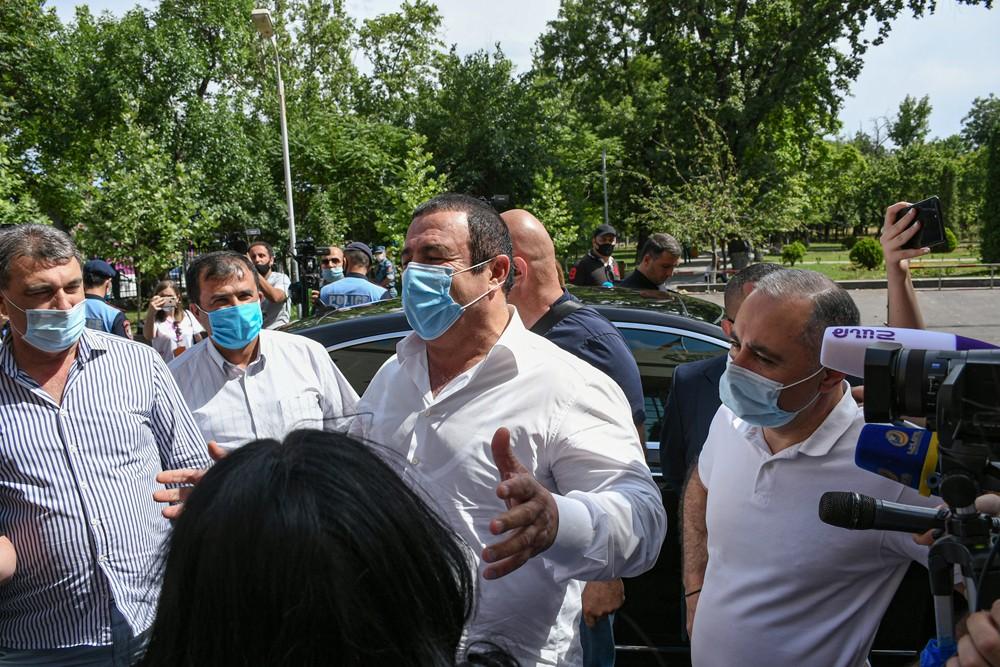 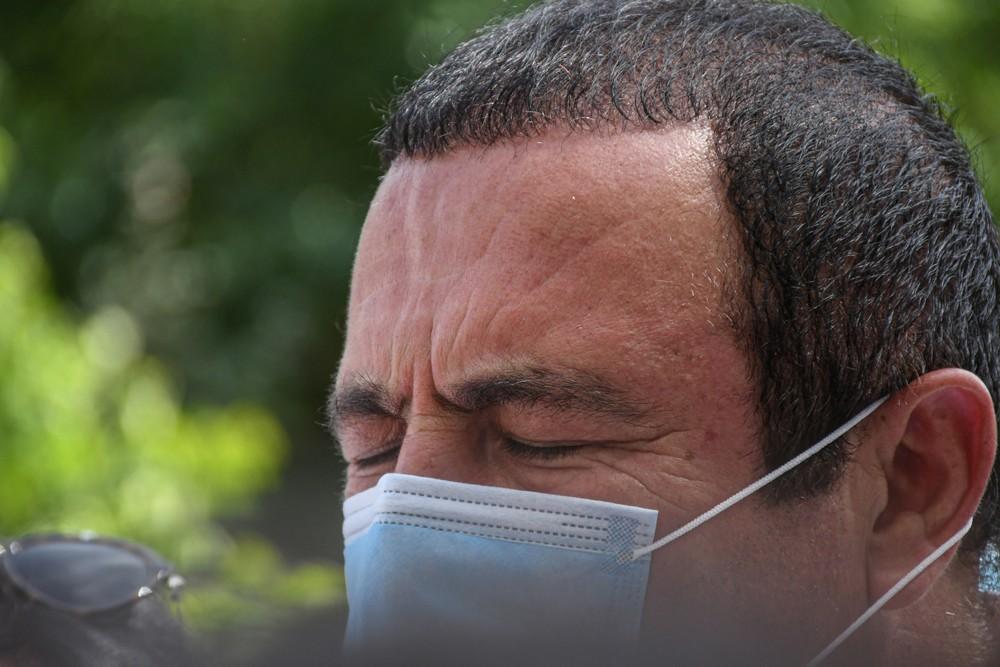 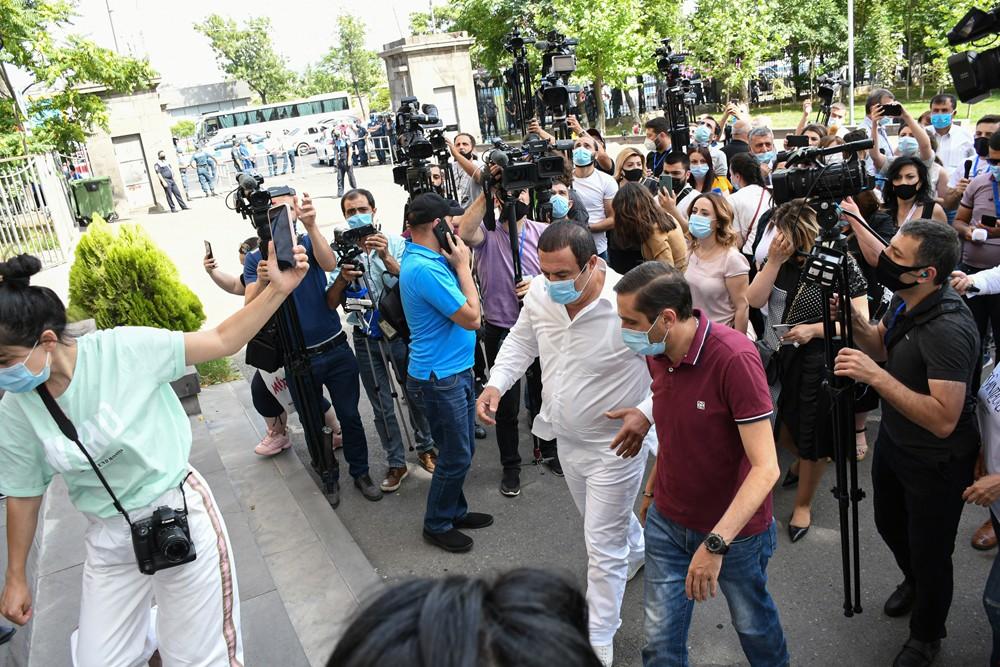 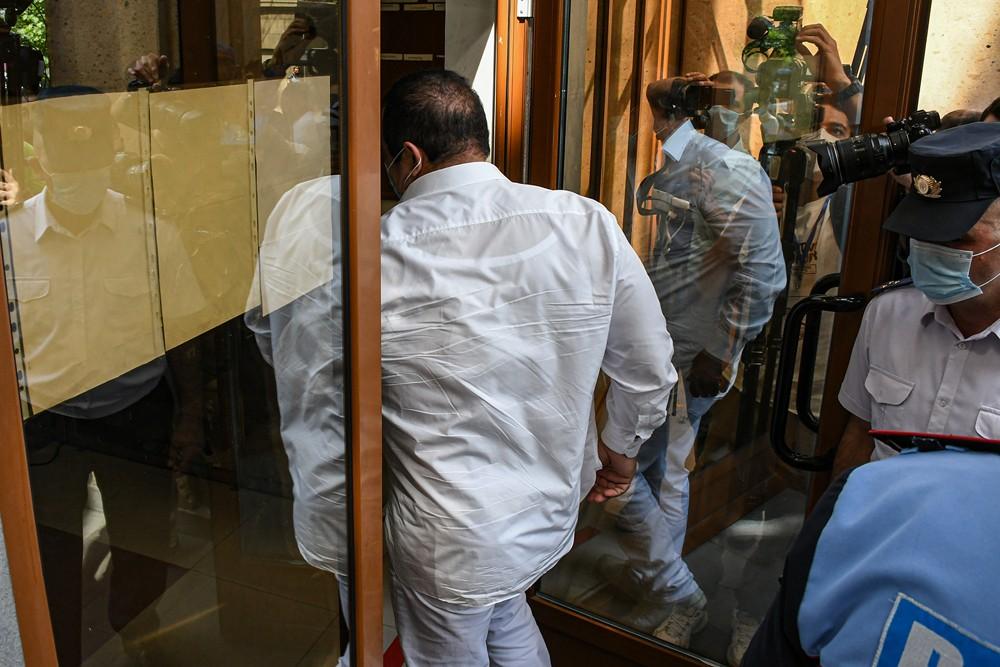 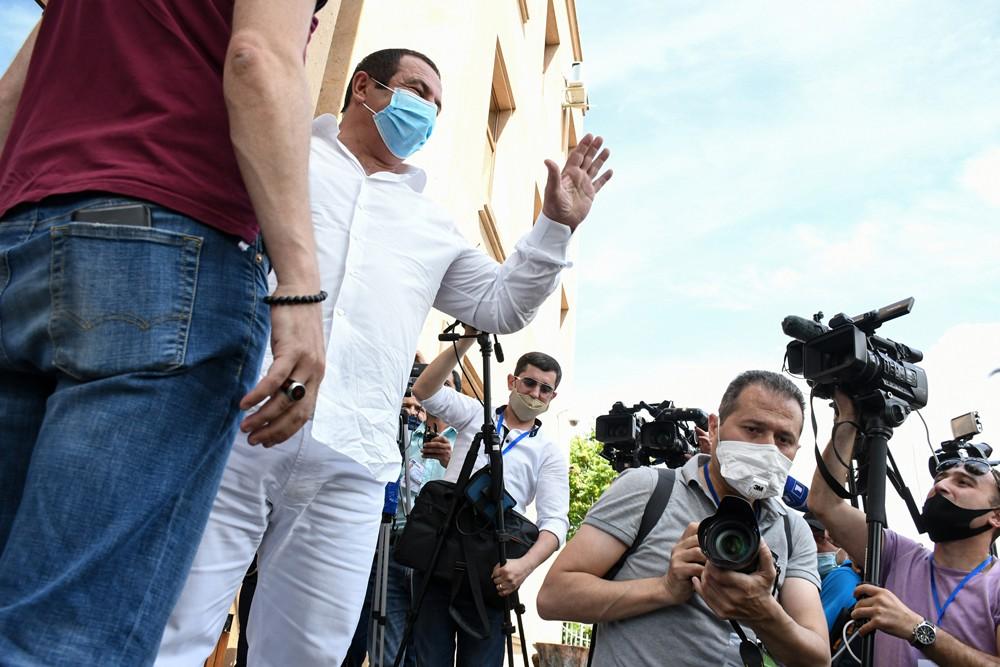 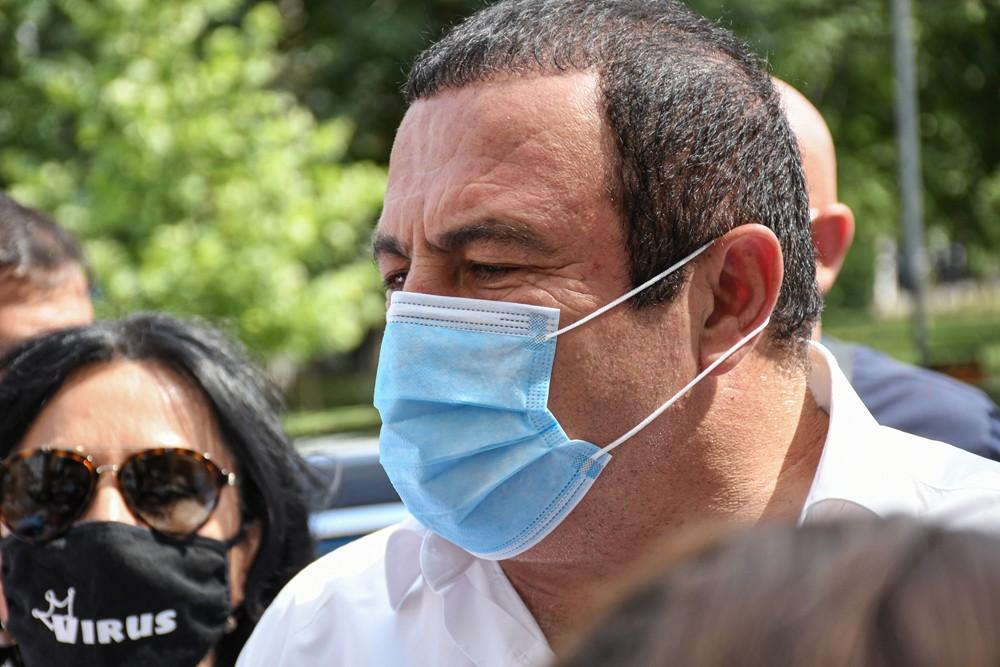 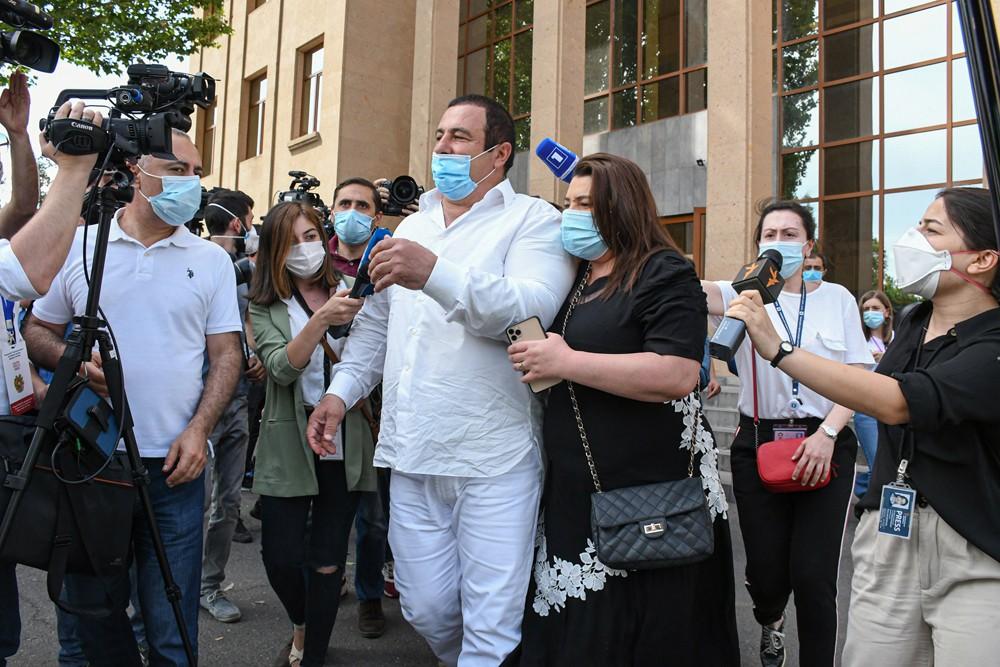 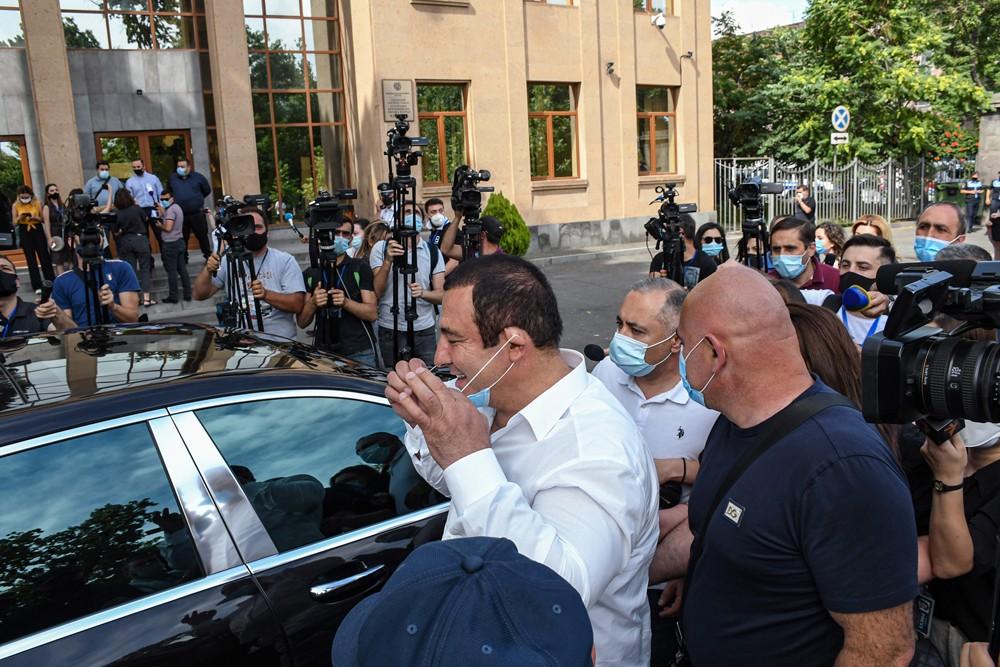 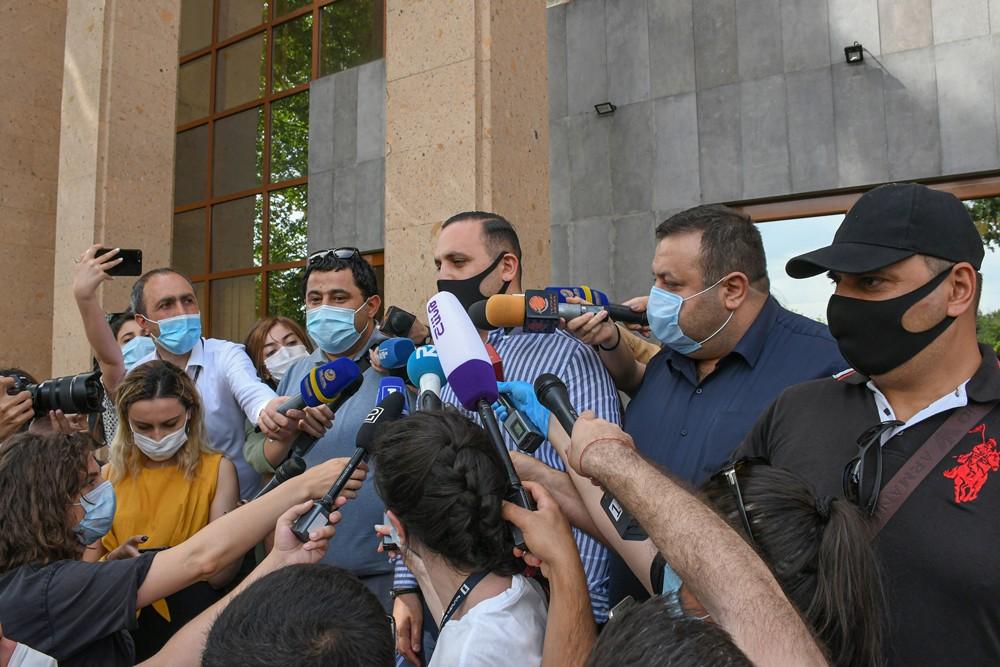 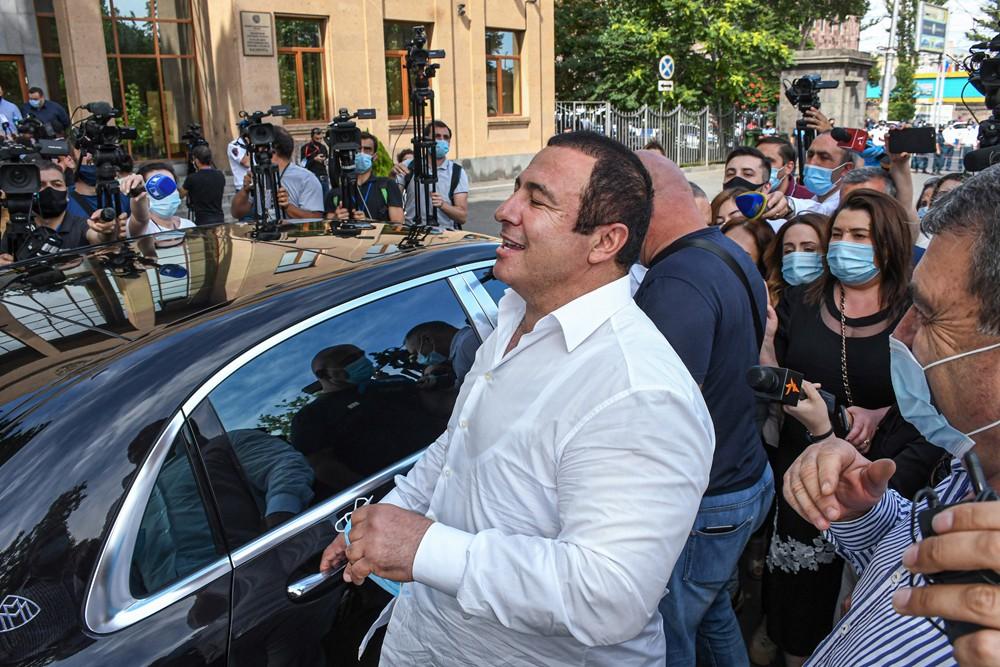 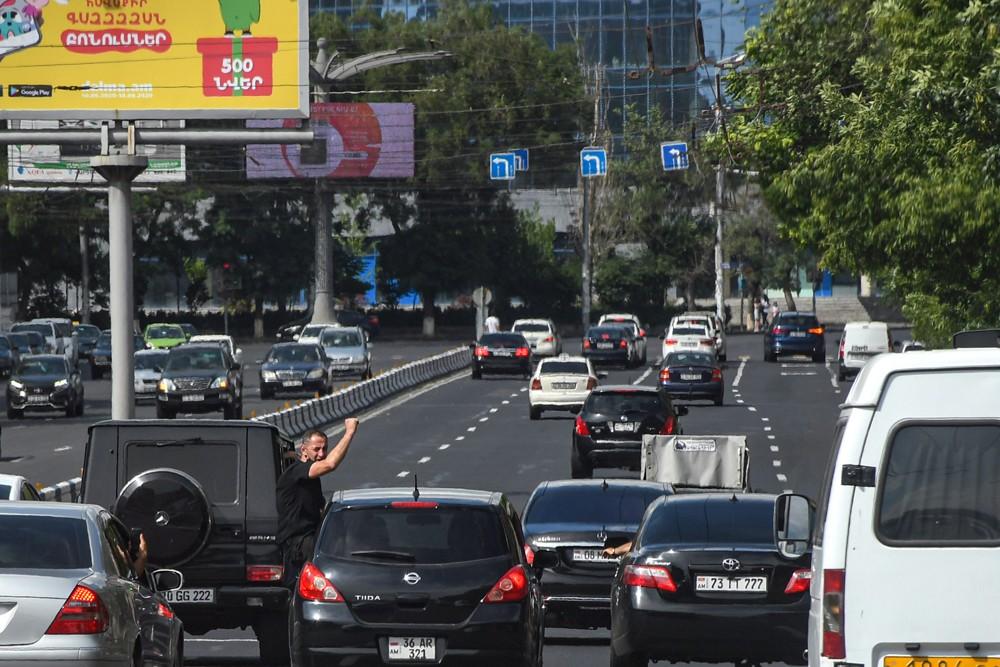