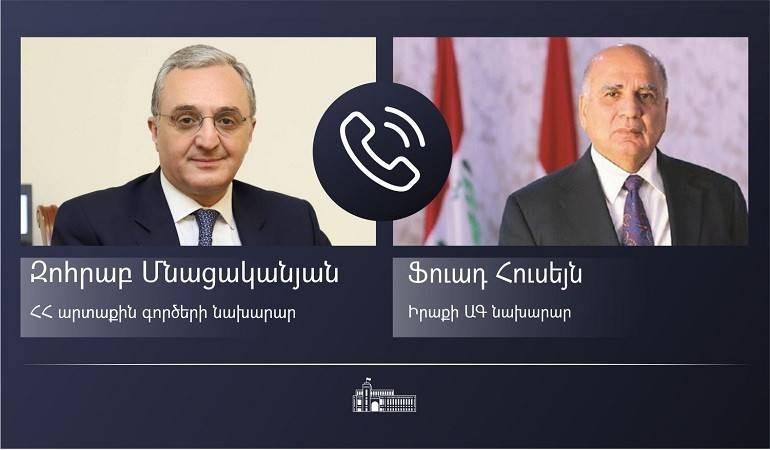 The two ministers, according to a statement released by Mnatsakanyan’s office, praised the role of the Iraqi-Armenian community, which has made a significant contribution to the socio-economic and political life of the country, in bringing the two peoples and countries closer together.

The ministers touched upon several international and regional issues, emphasizing the need for regional peace and stability.

They also discussed the coronavirus situation in their two countries and reaffirmed their readiness to expand relations between Yerevan and Baghdad.

Hussein assumed the post of Iraqi Foreign Minister on June 6, 2020.