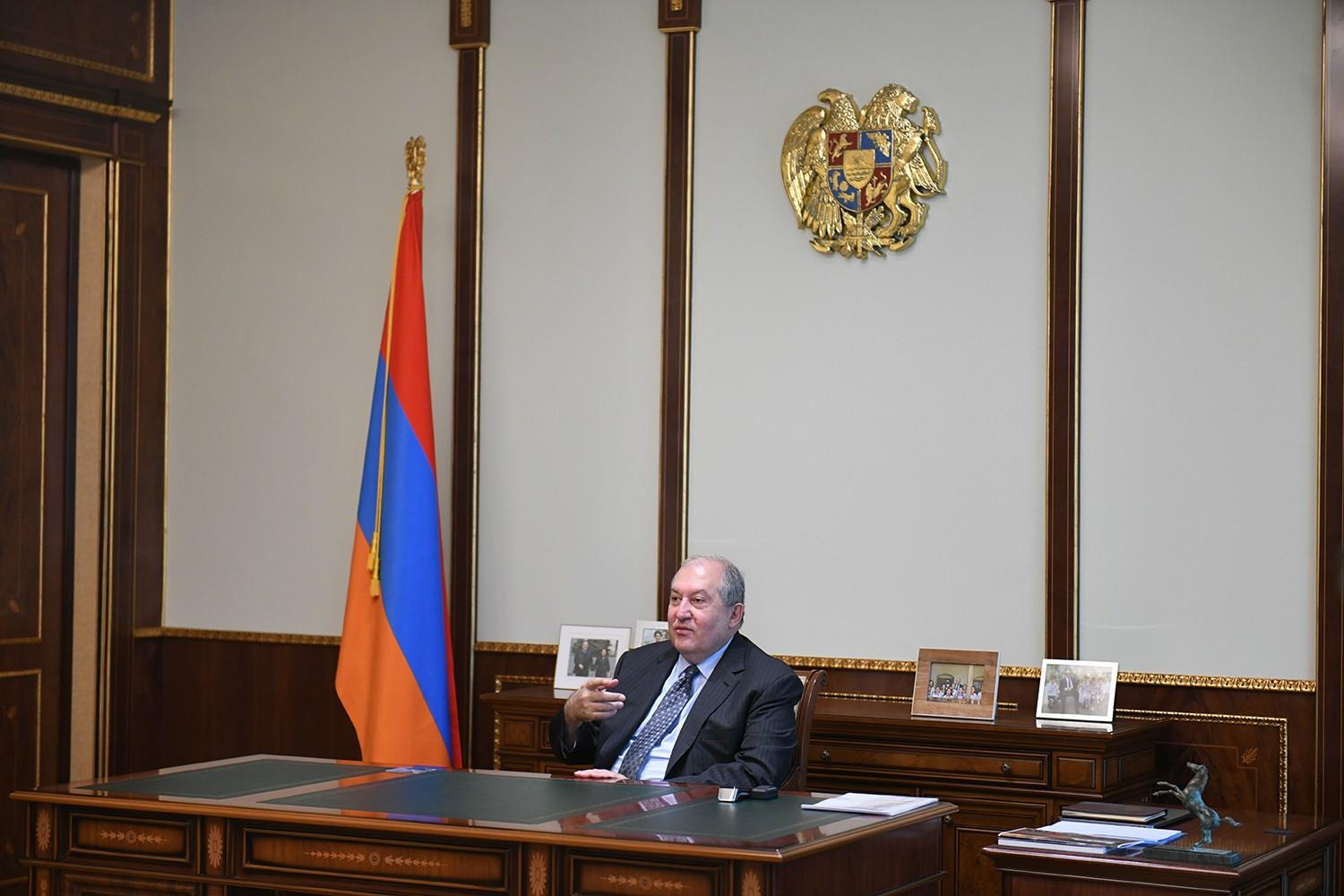 Armenian President Armen Sarkissian today said goodbye to David Moran, Interim Chargé d'Affaires of the Embassy of the United Kingdom of Great Britain and Northern Ireland in Armenia, who is completing his diplomatic mission.

Sarkissian, according to a statement released by his office, thanked Moran for his efforts to develop the Armenian-British relations during his tenure and wished him success in his future activities.

Moran arrived in Yerevan in November 2019.

During the meeting, Sarkissian also expressed his concerns regarding the recent military clashes along the Armenia-Azerbaijan border.