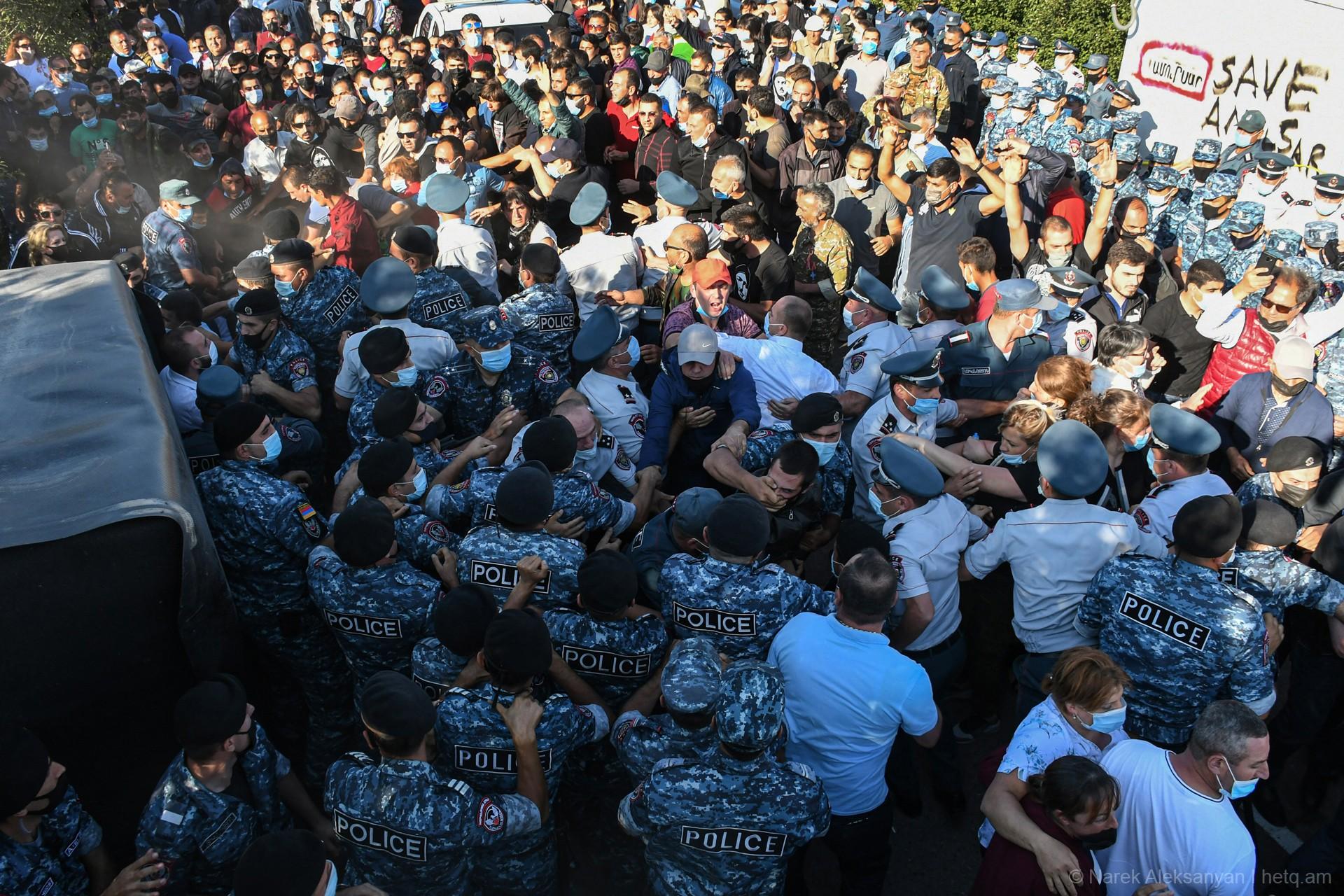 Those opposed to the Amulsar gold mine in Armenia faced off with Lydian Armenia security guards yesterday after the company used cranes to replace the cabins used to house security staff with new ones.

Those opposed to the mine demanded that the new structures be removed.

Police were dispatched to the site and detained several protesters as well as Lydian Armenia security guards.

The guards are stationed at the site which has been blockaded by environmental activists and area residents for the past year and a half. A tense stand-off has existed ever since. 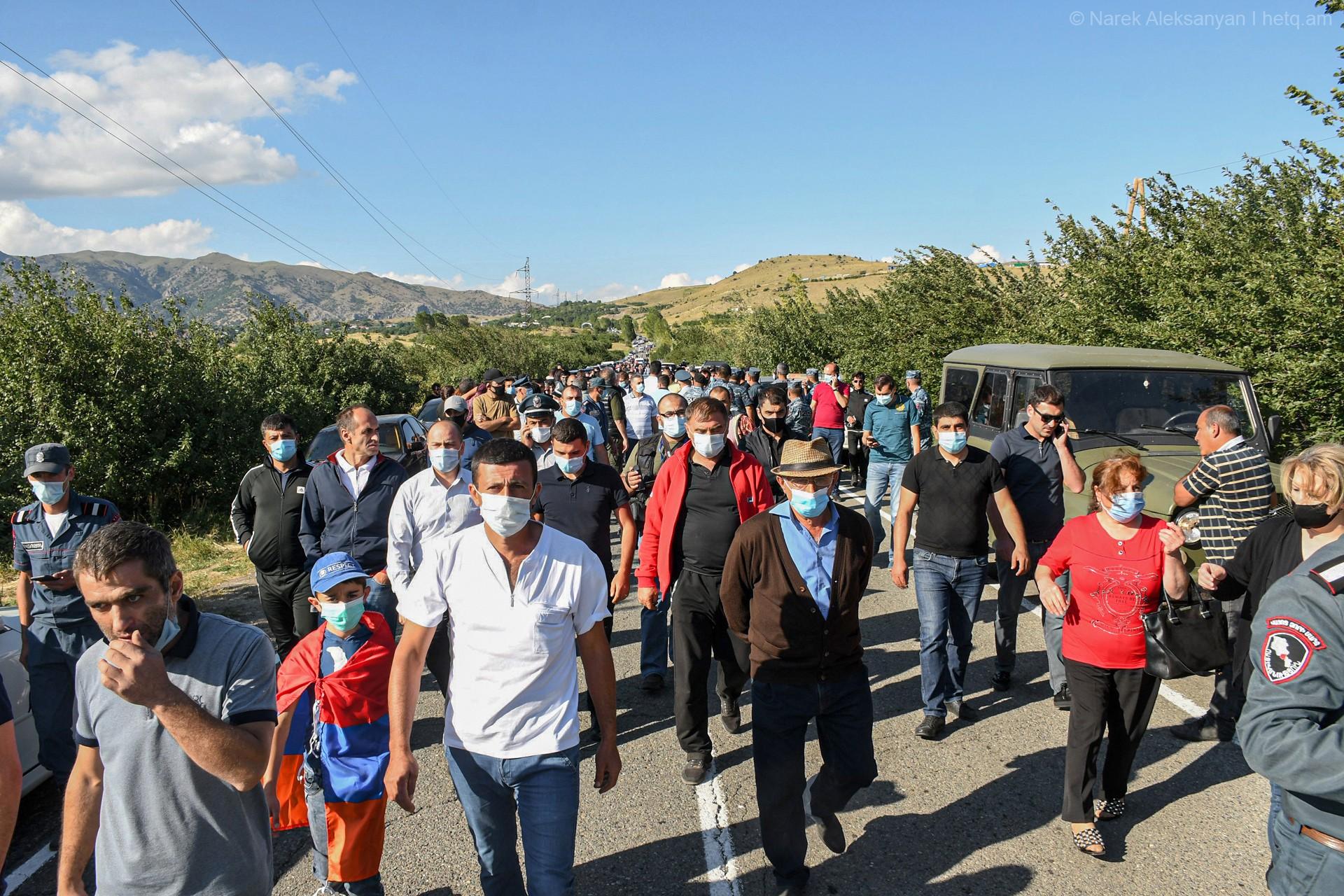 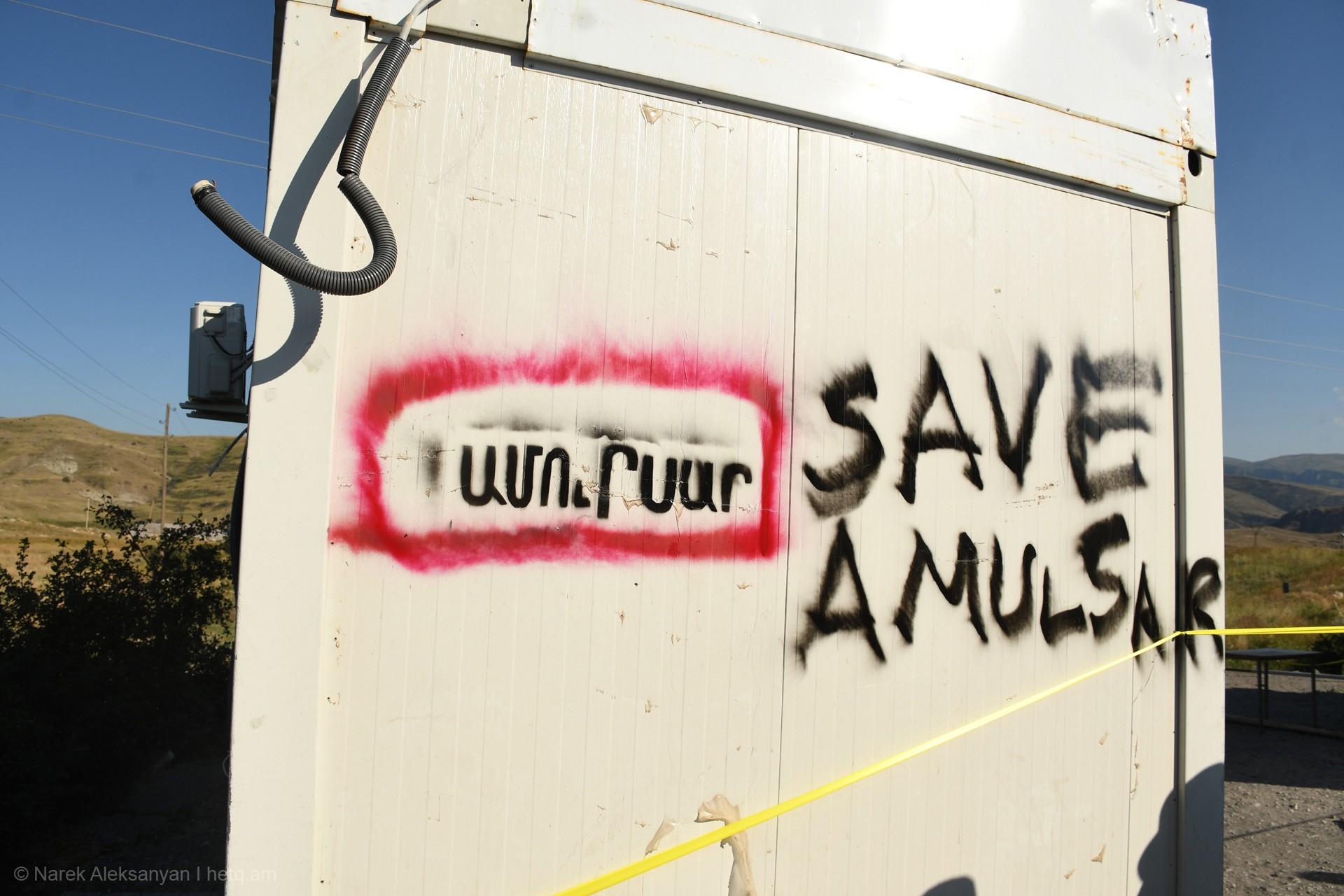 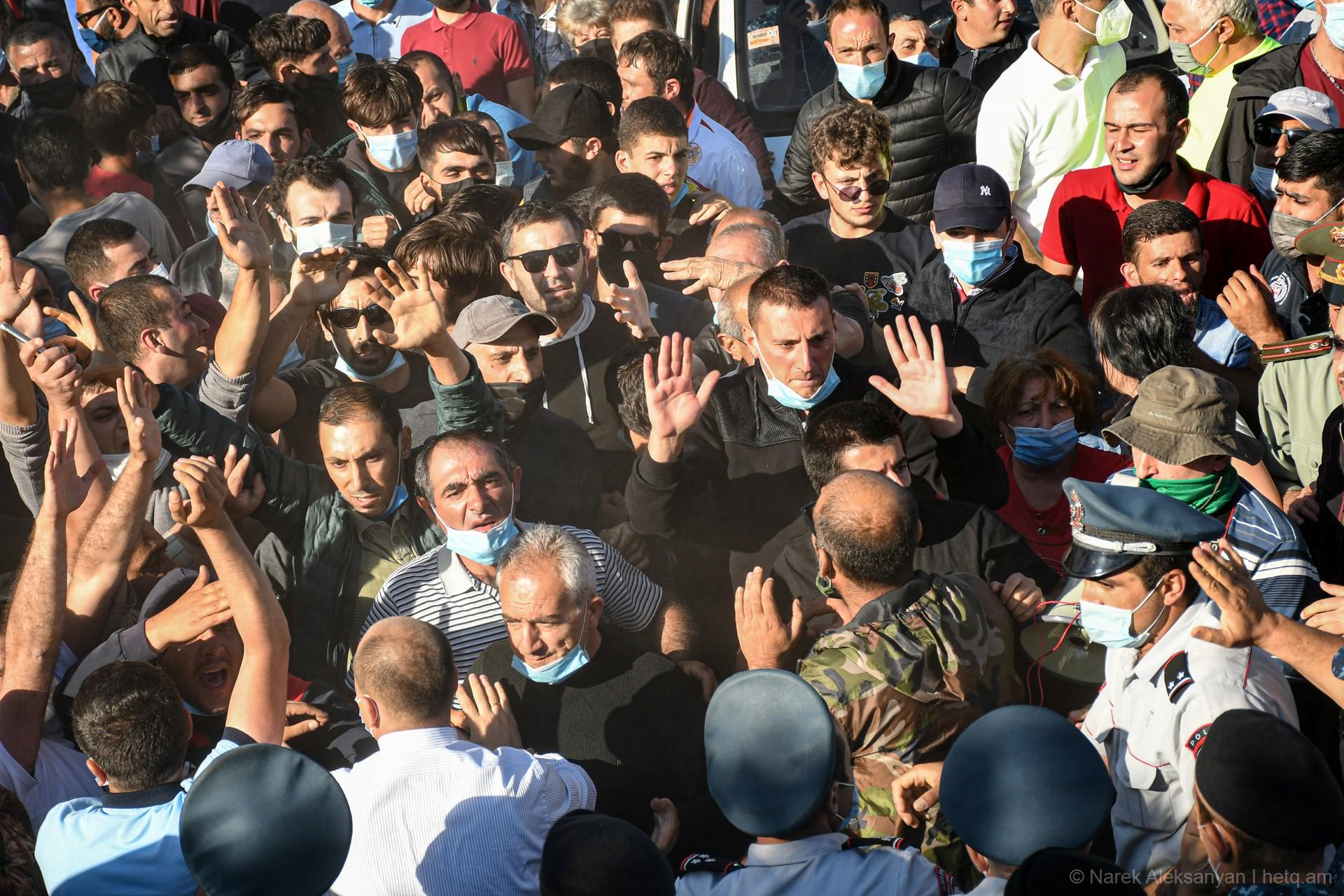 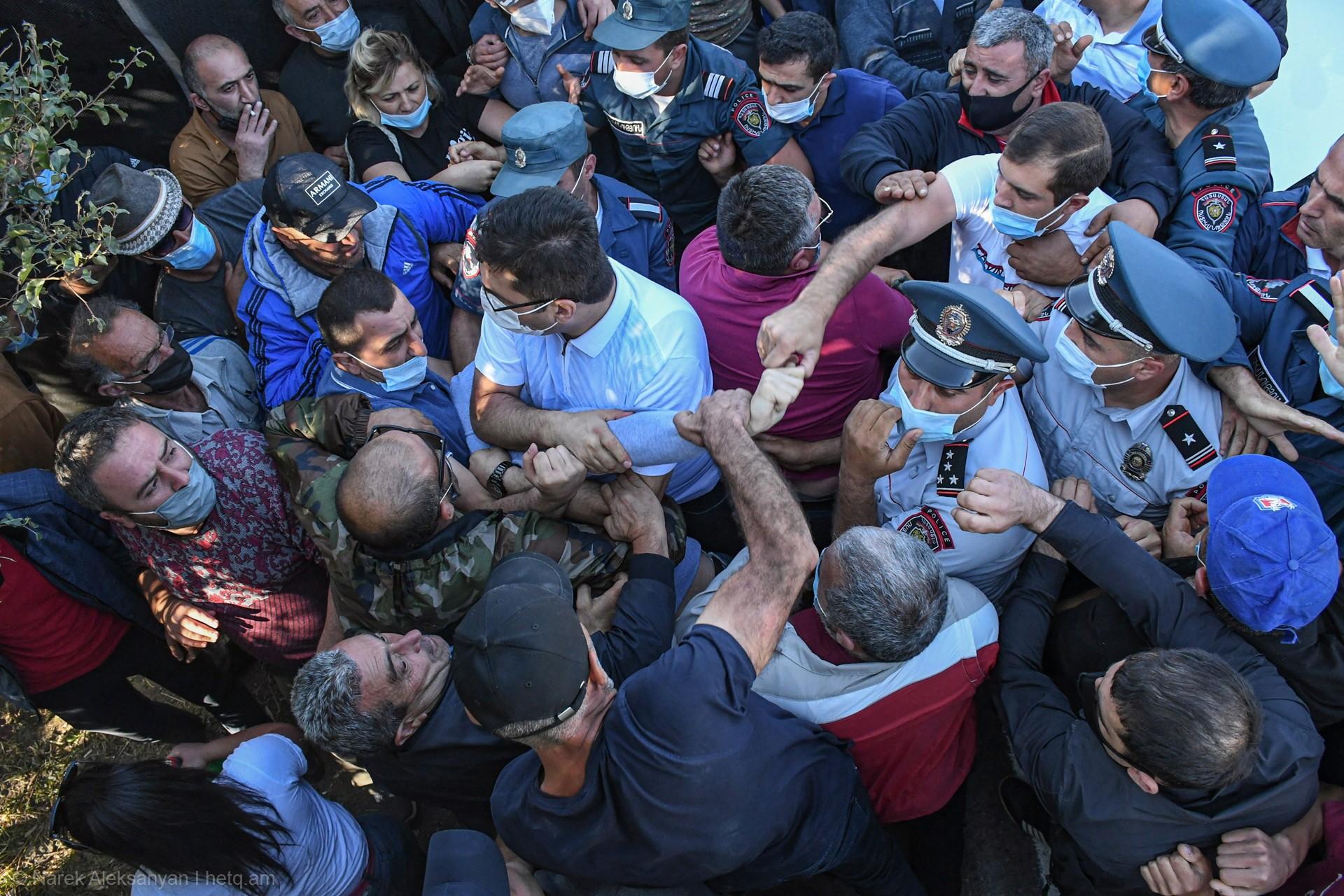 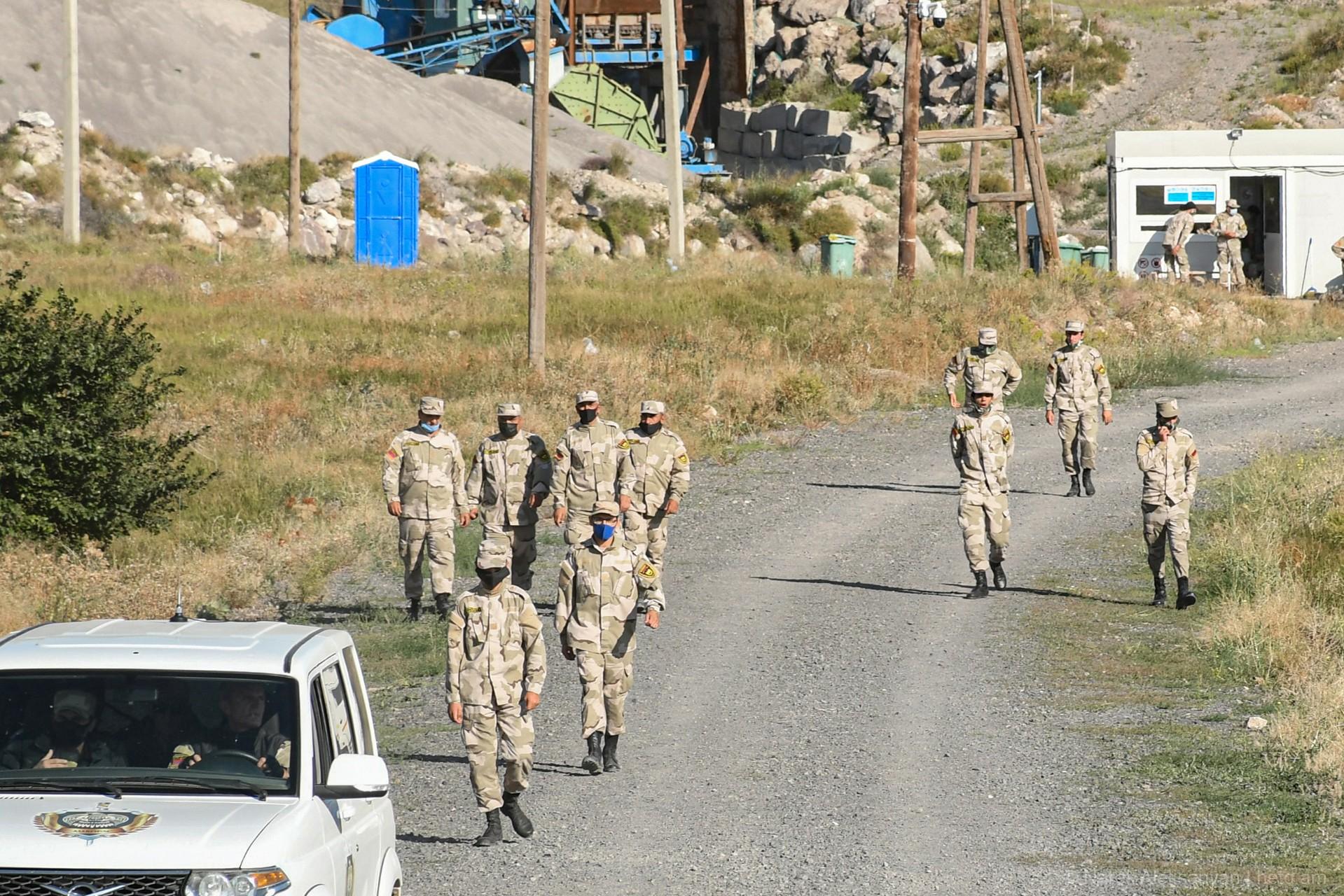 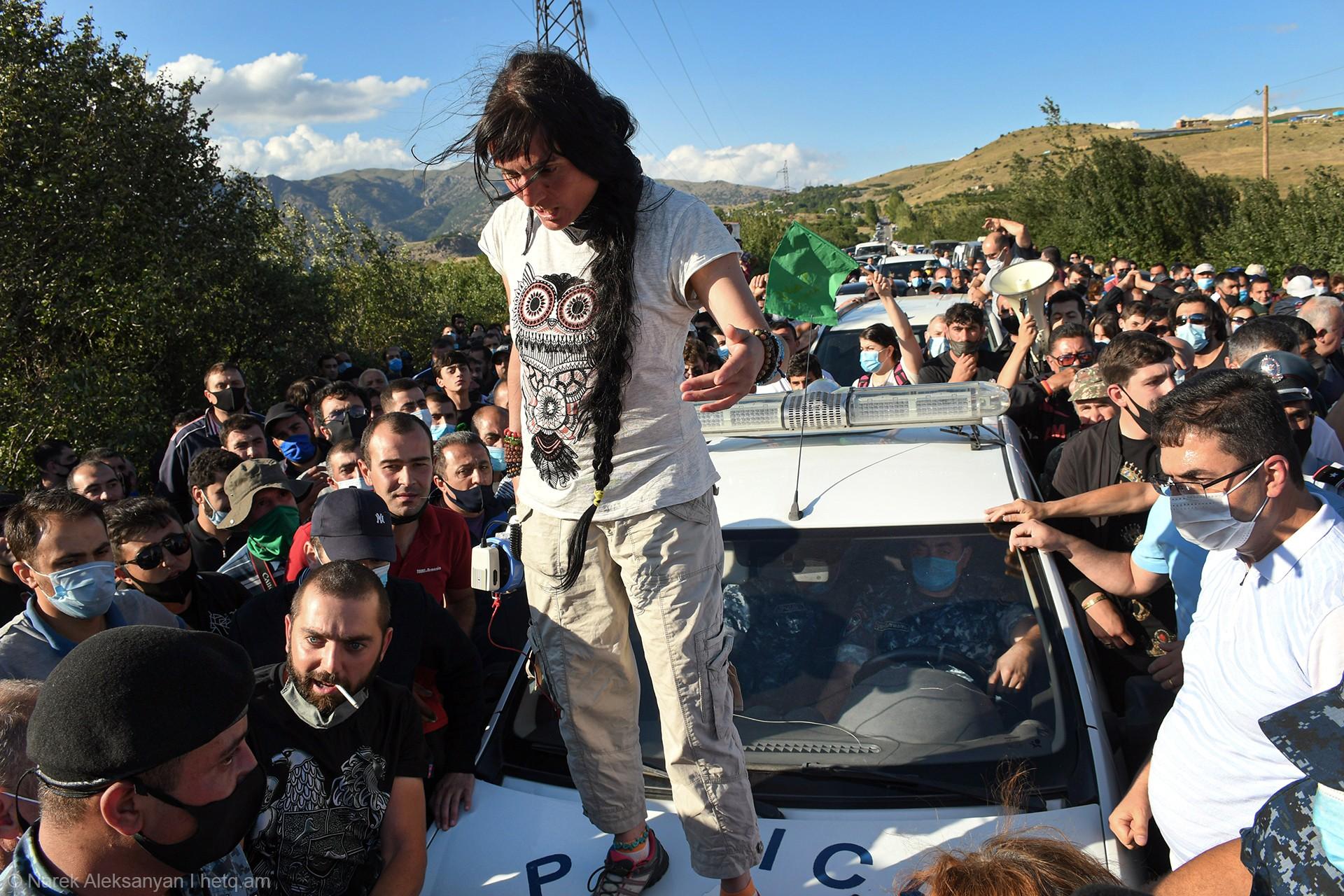 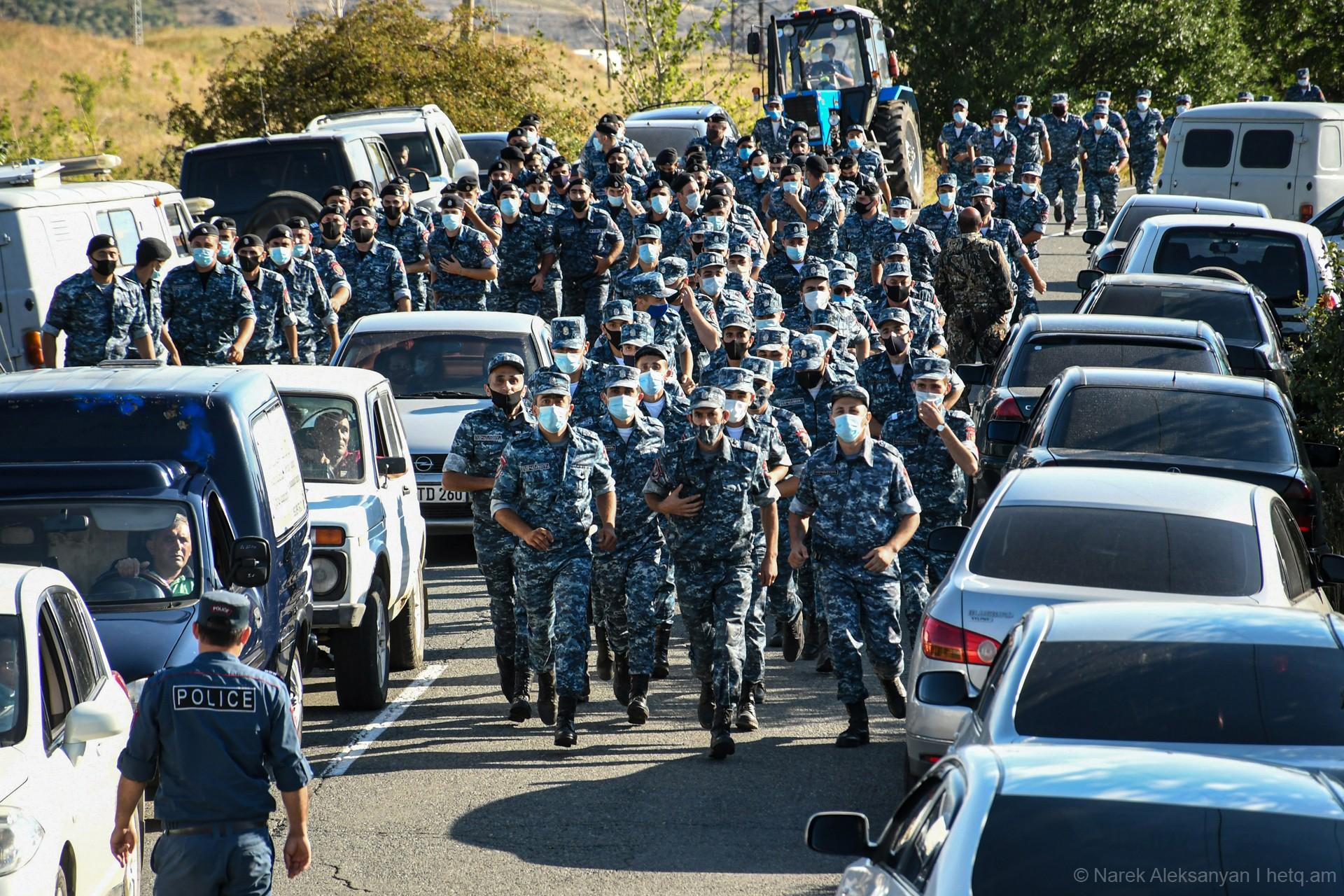 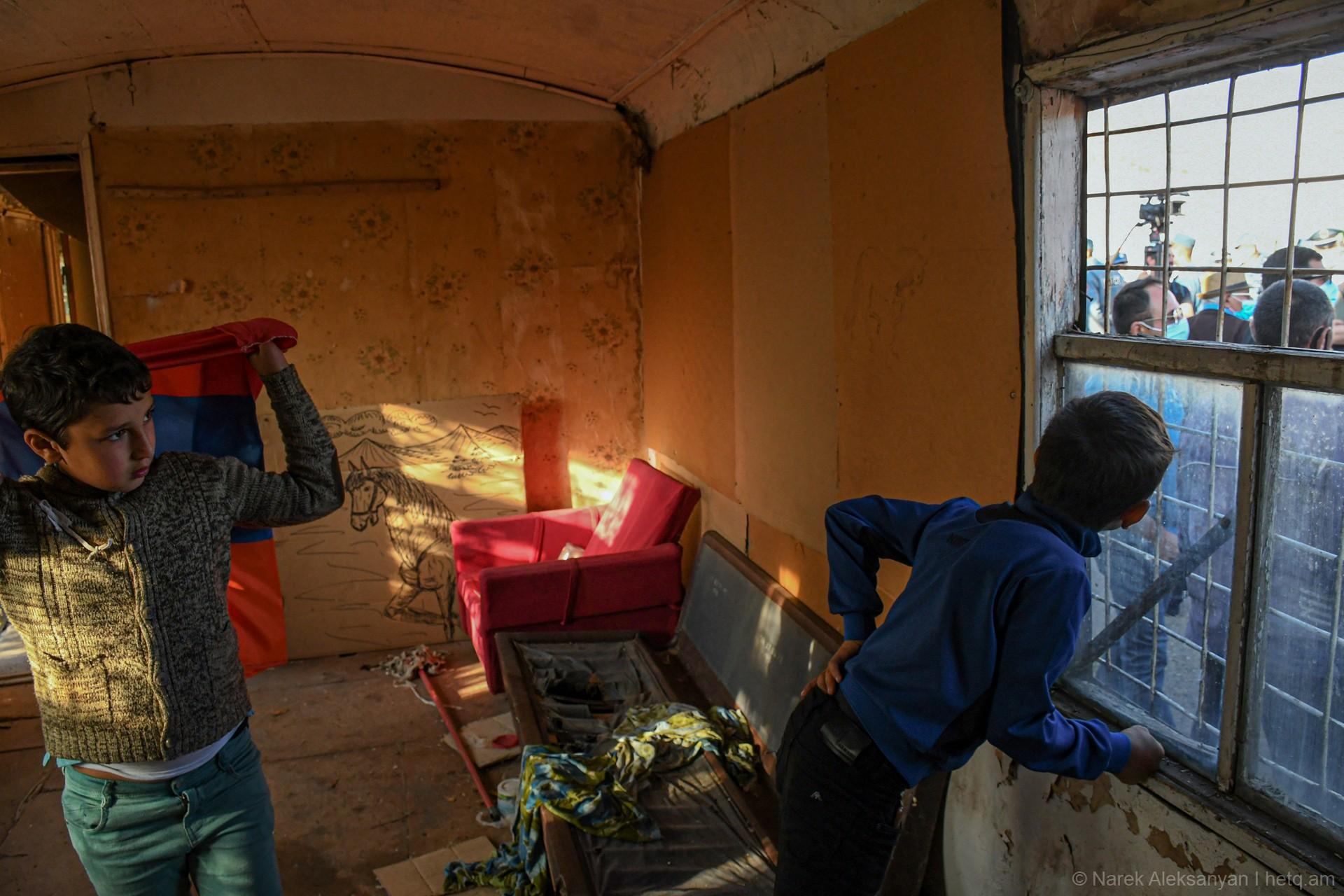 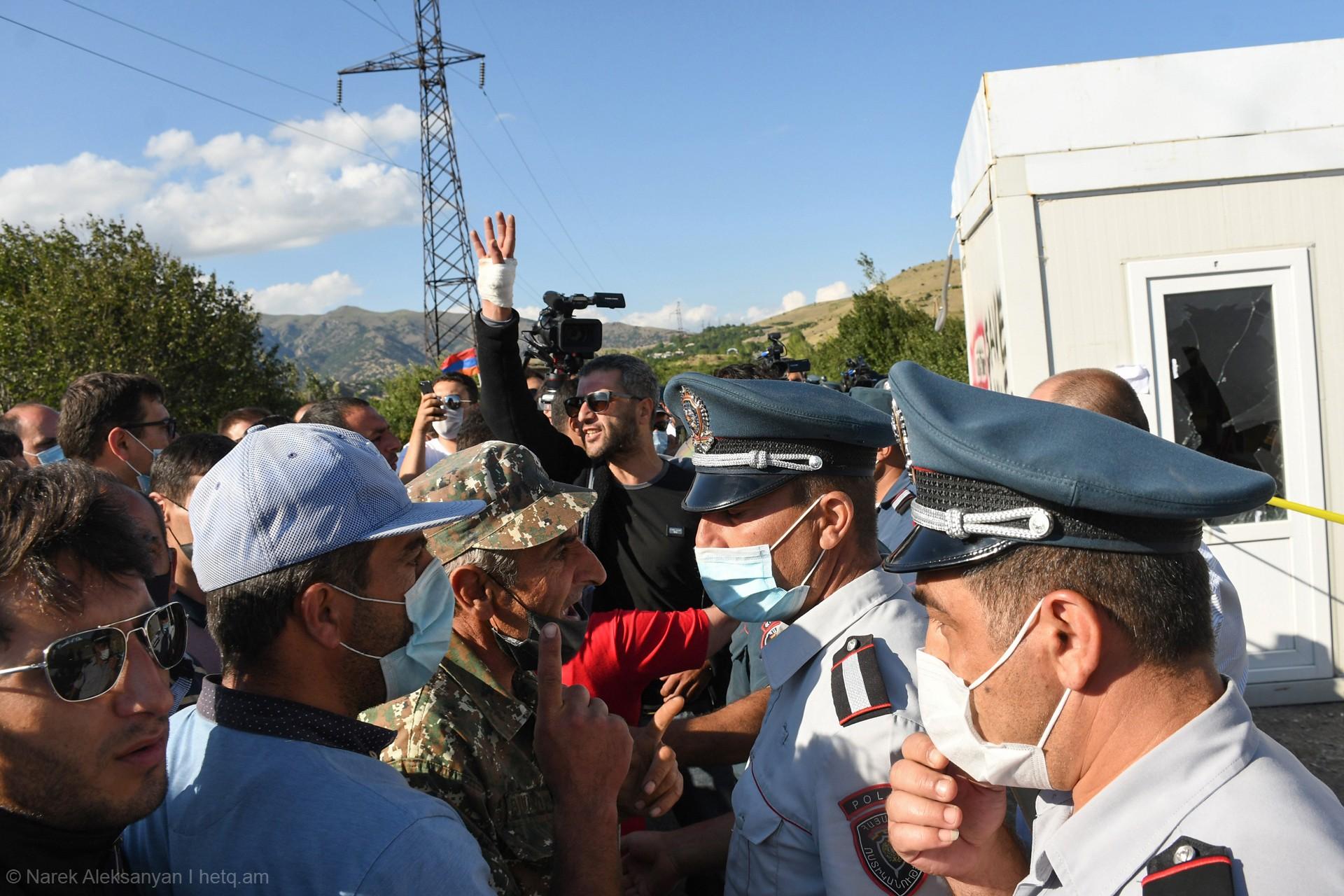 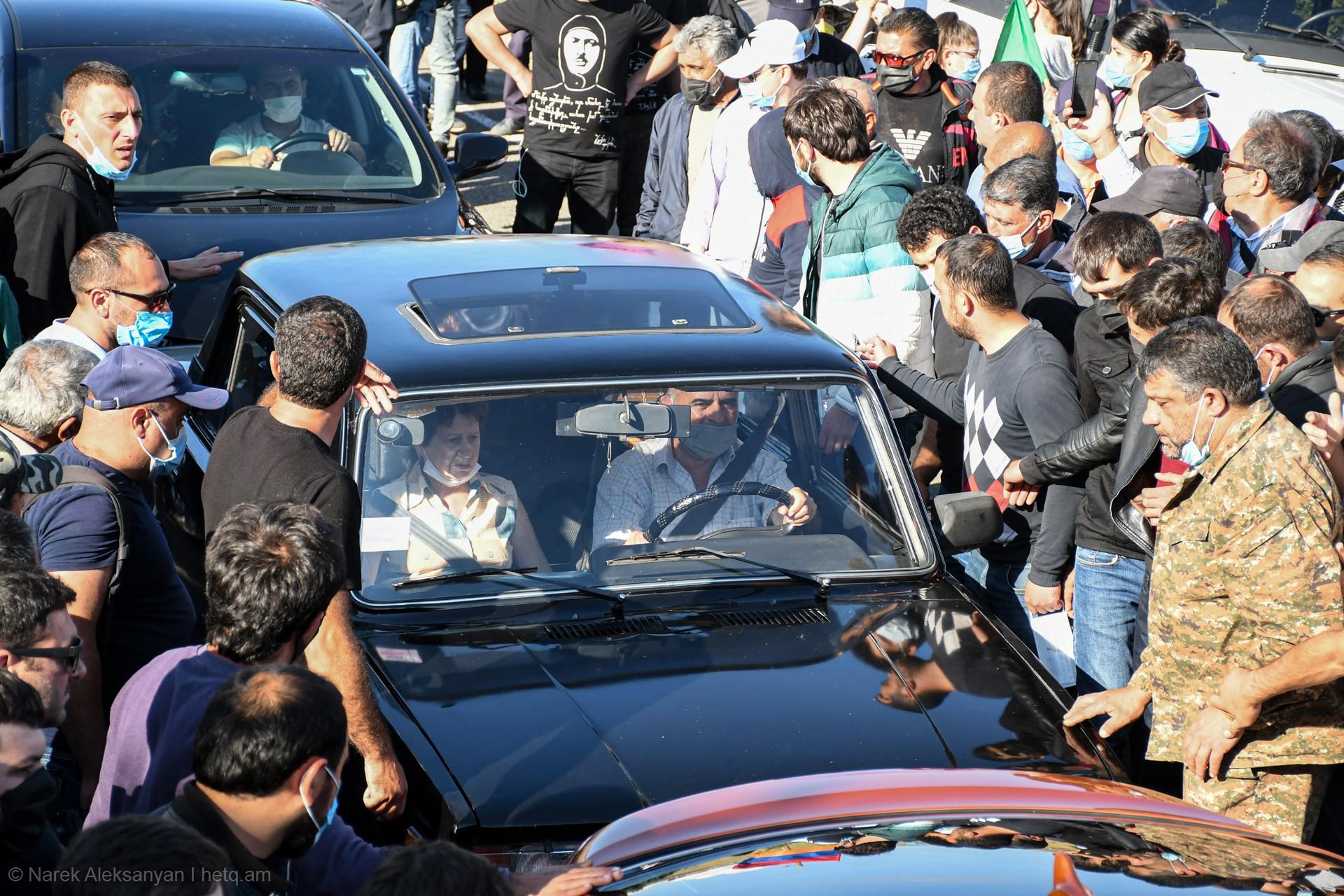 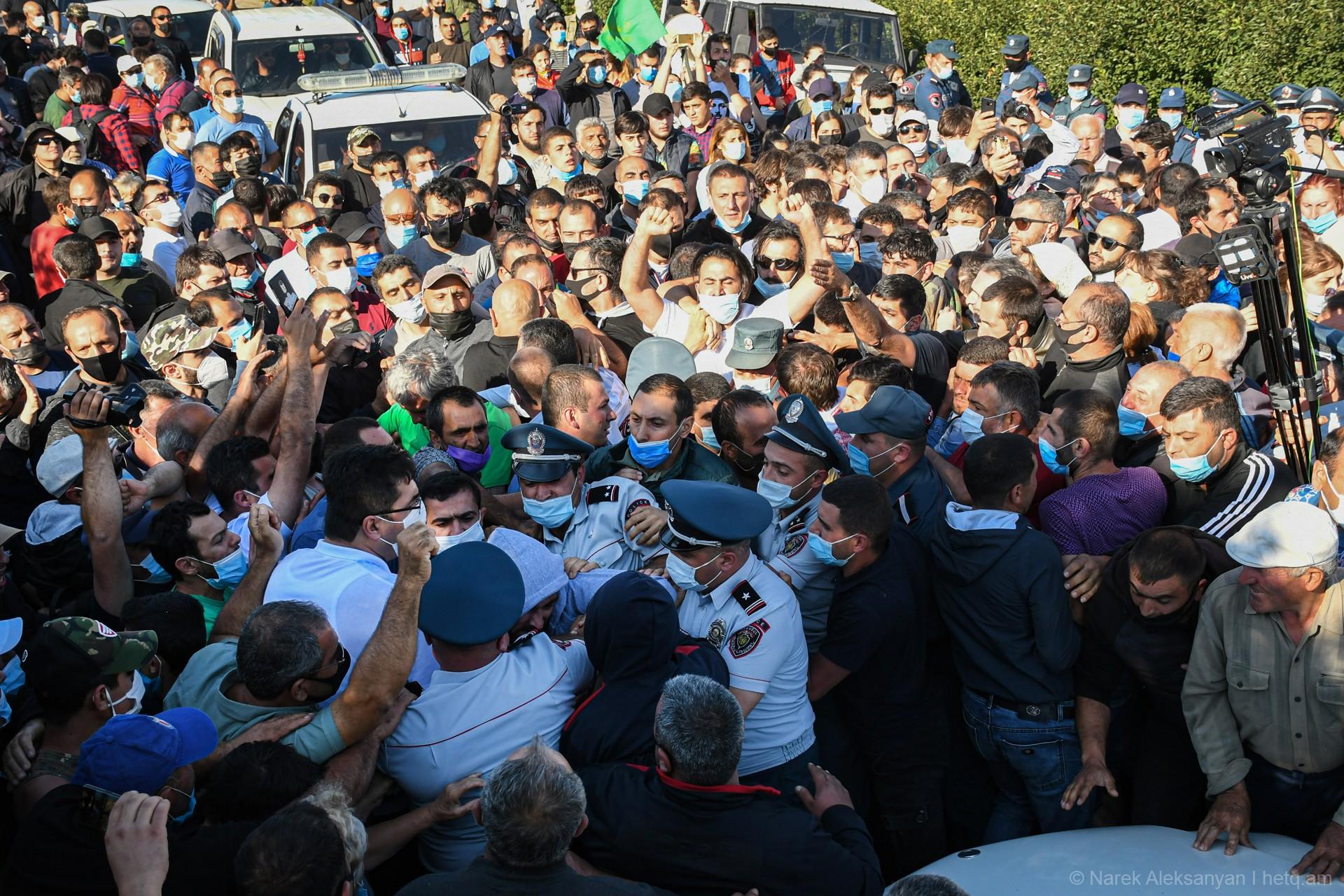 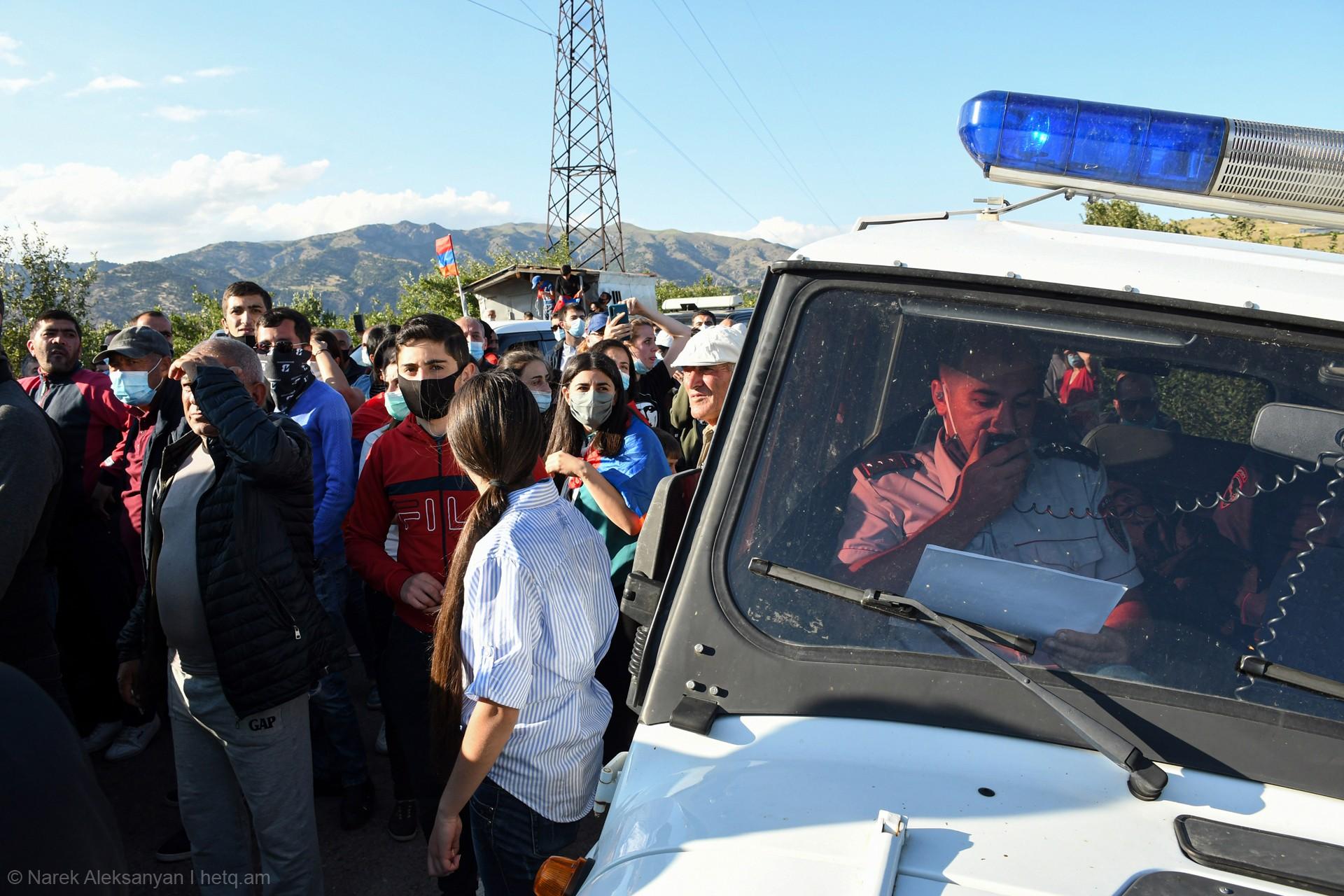 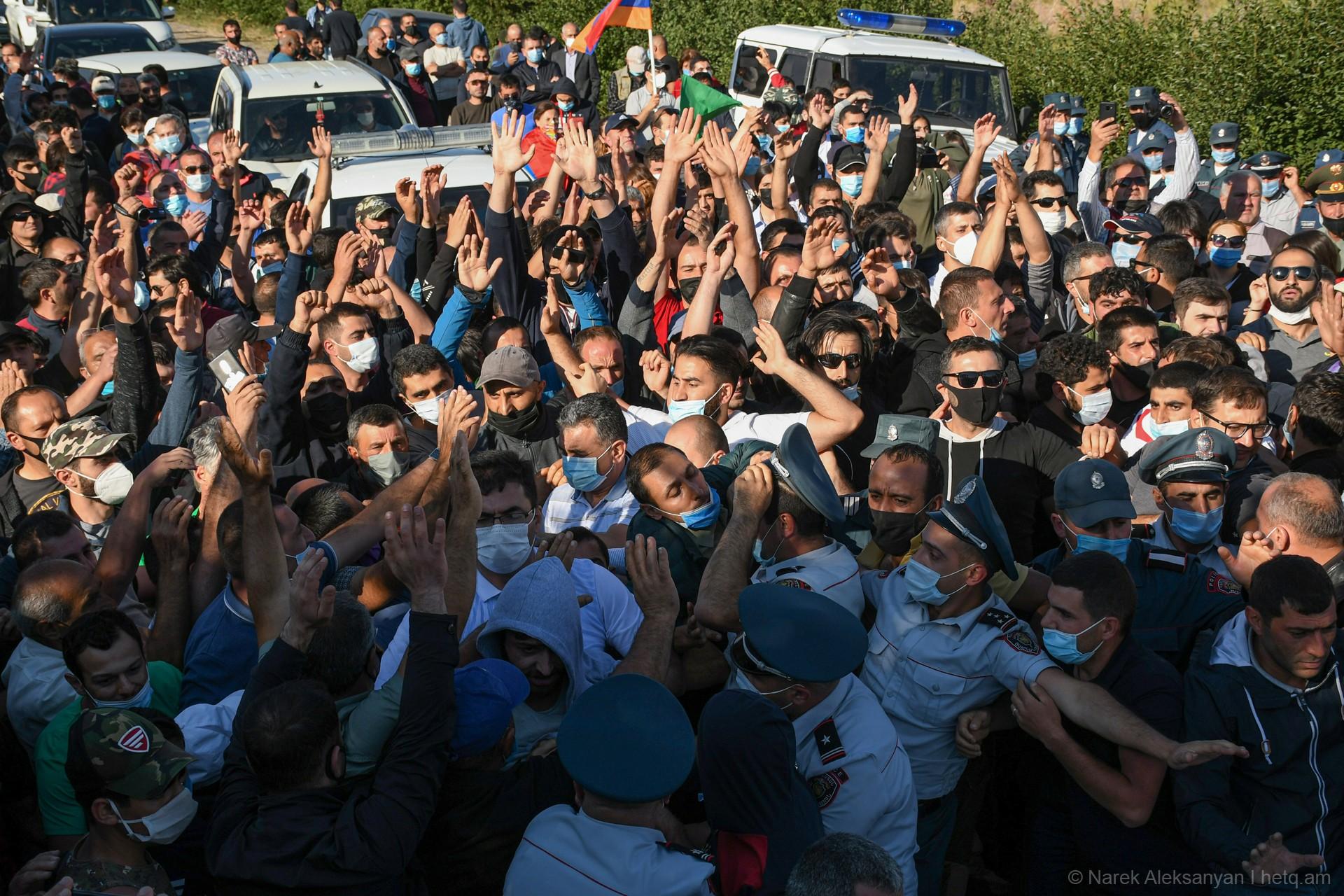 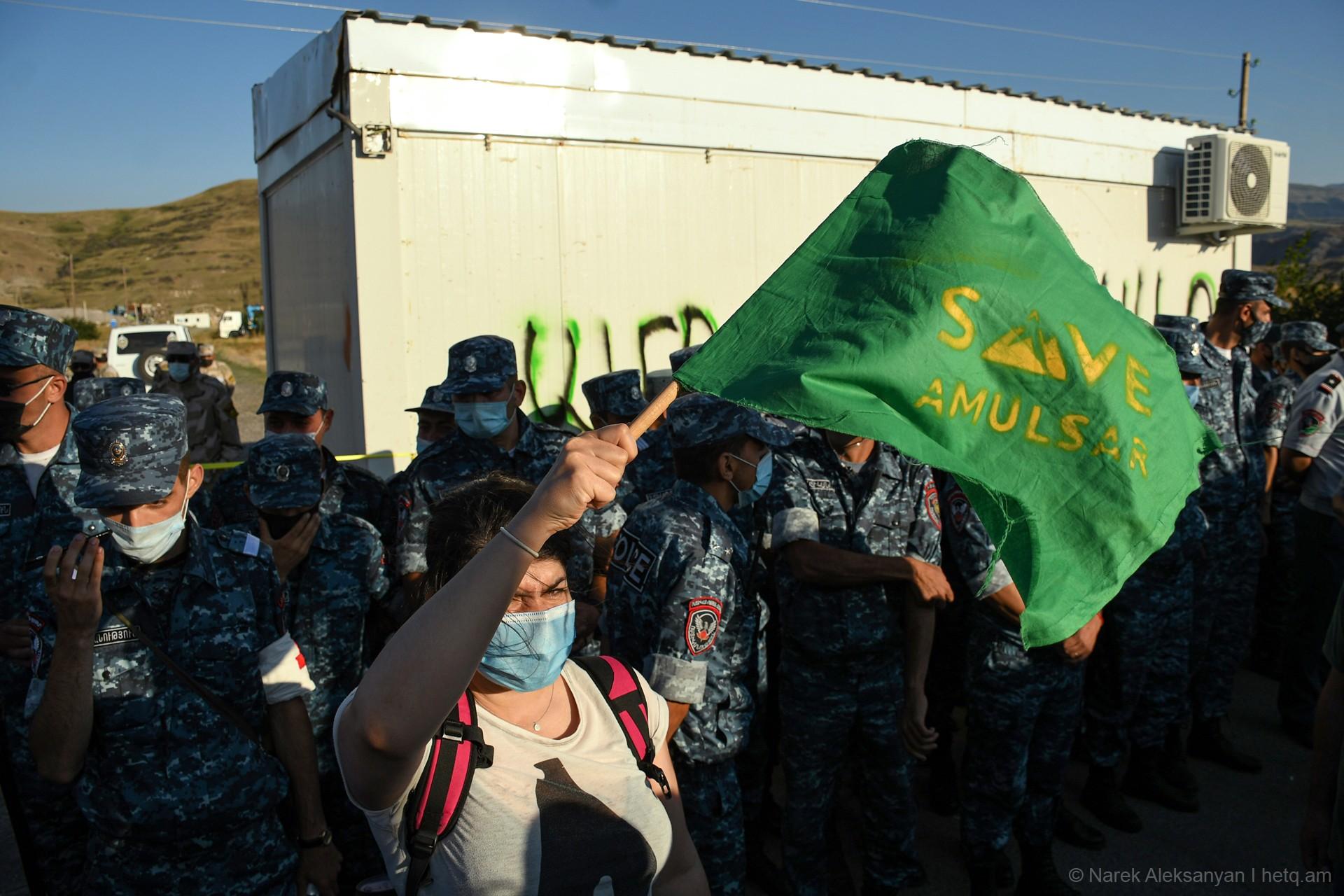 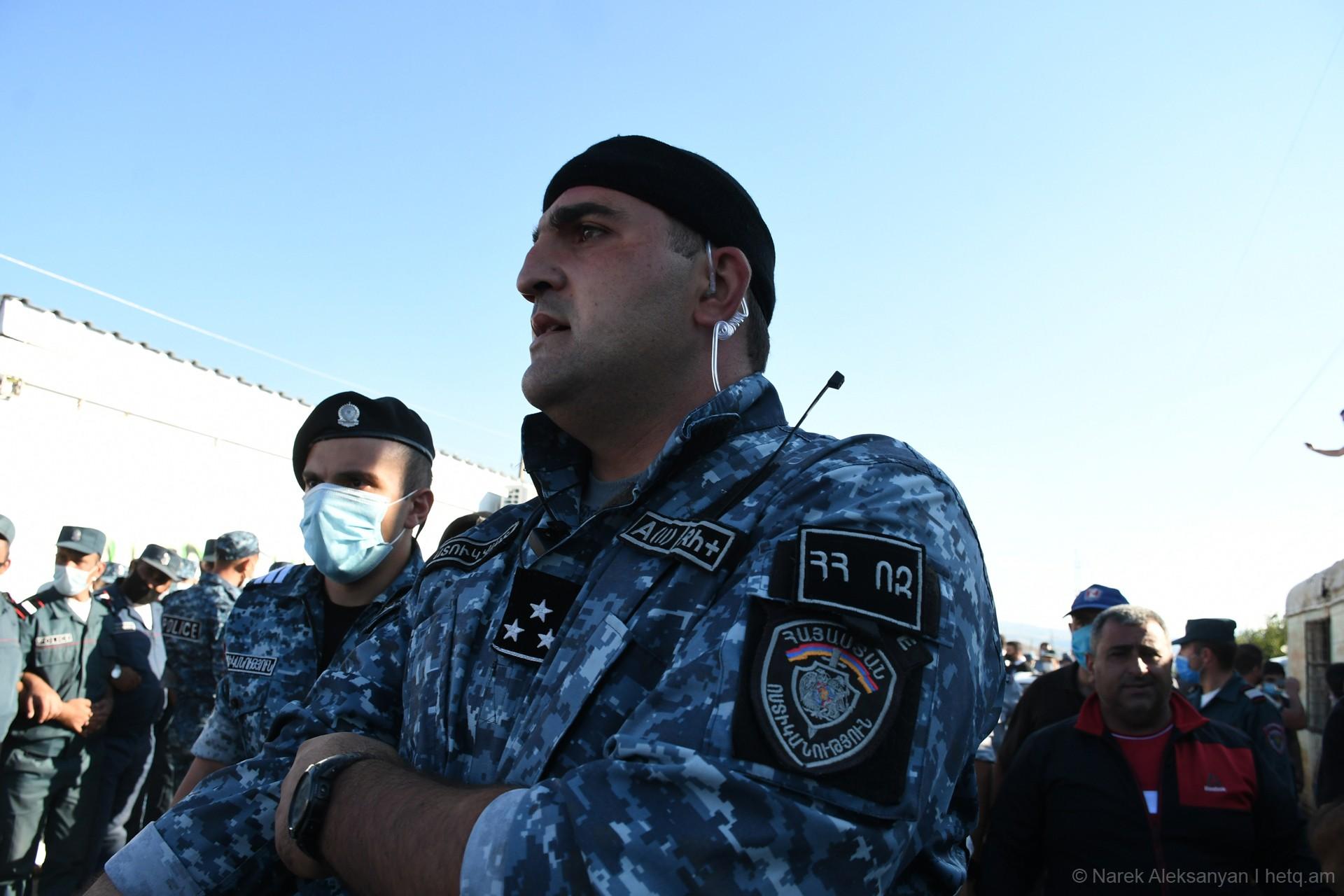 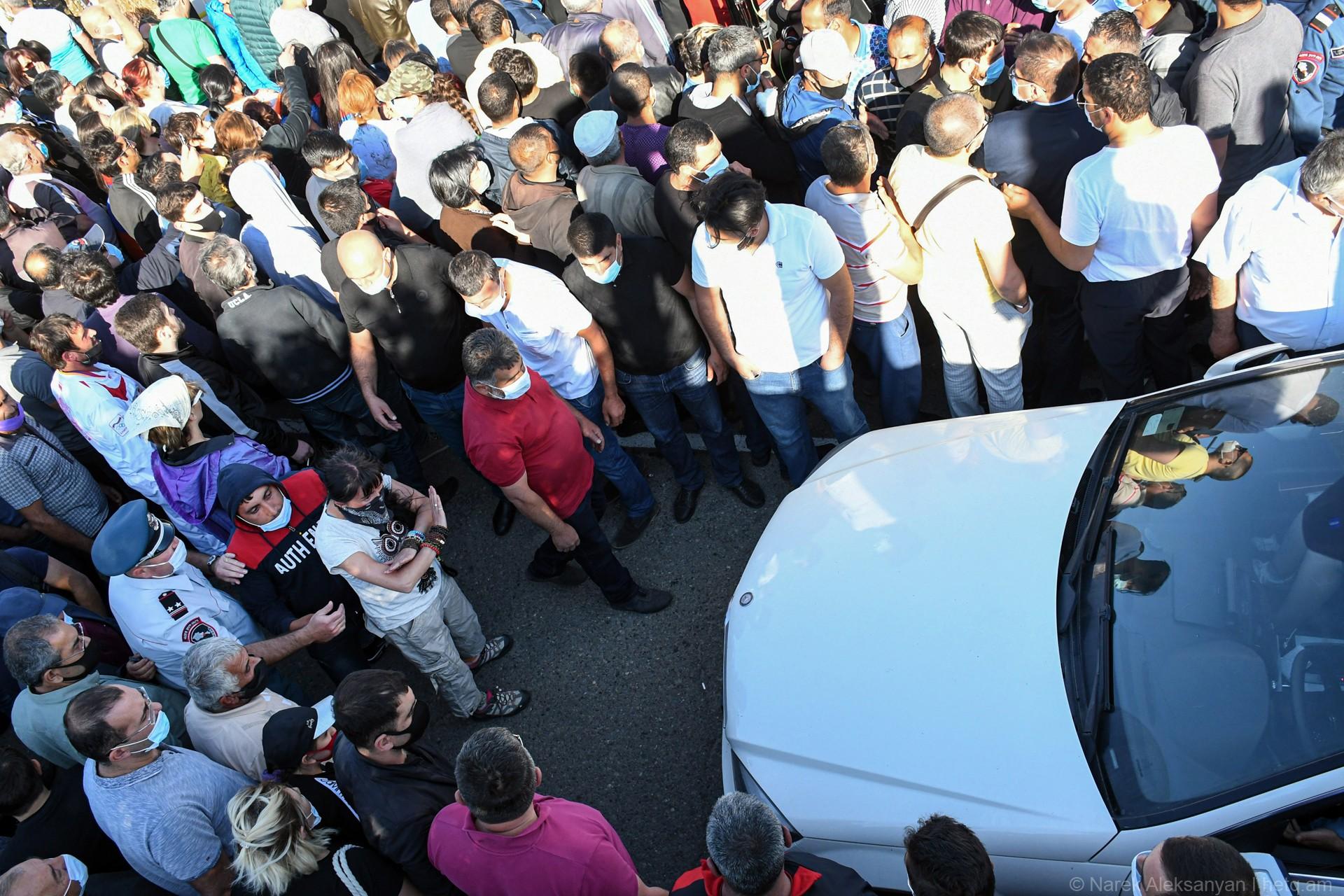 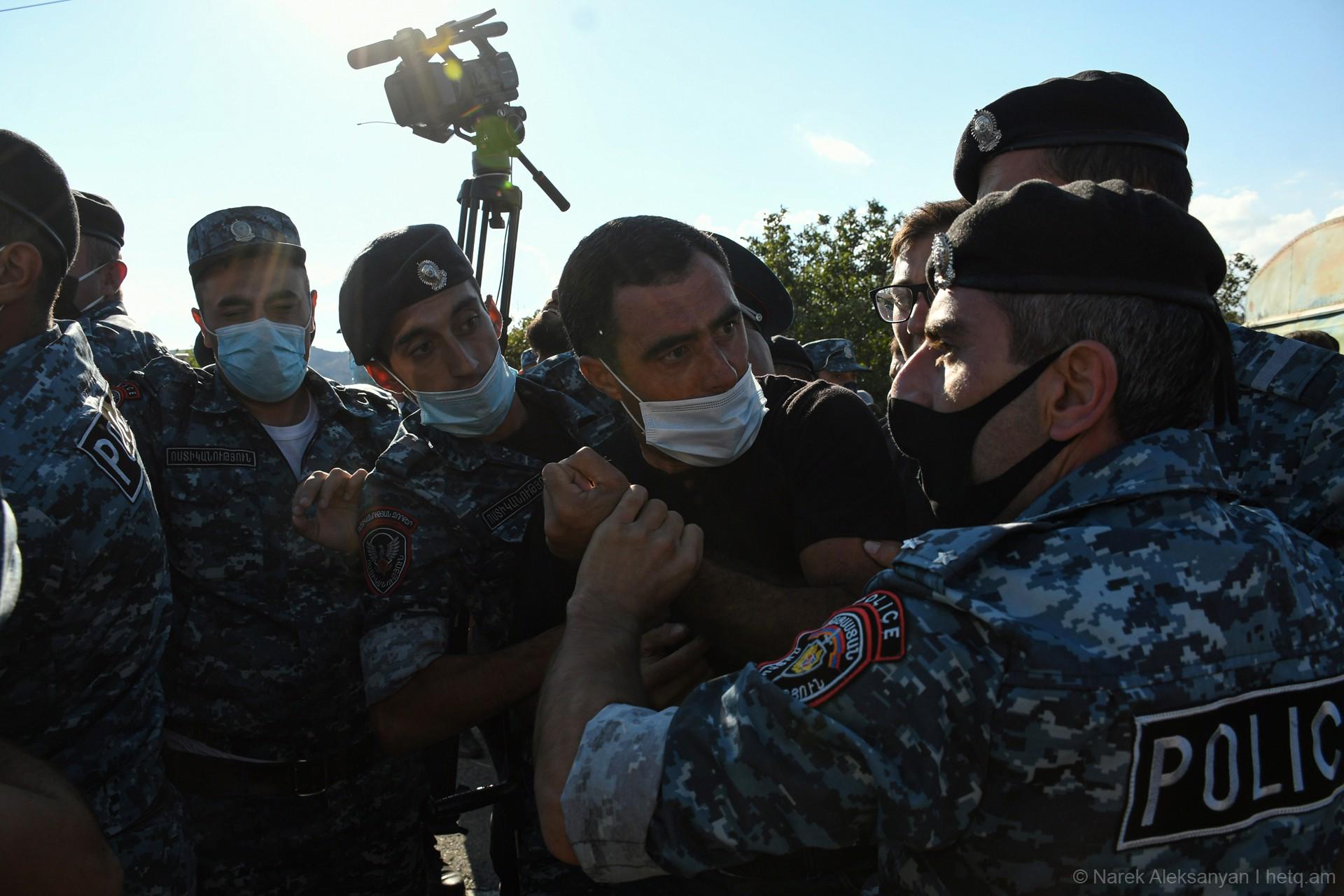 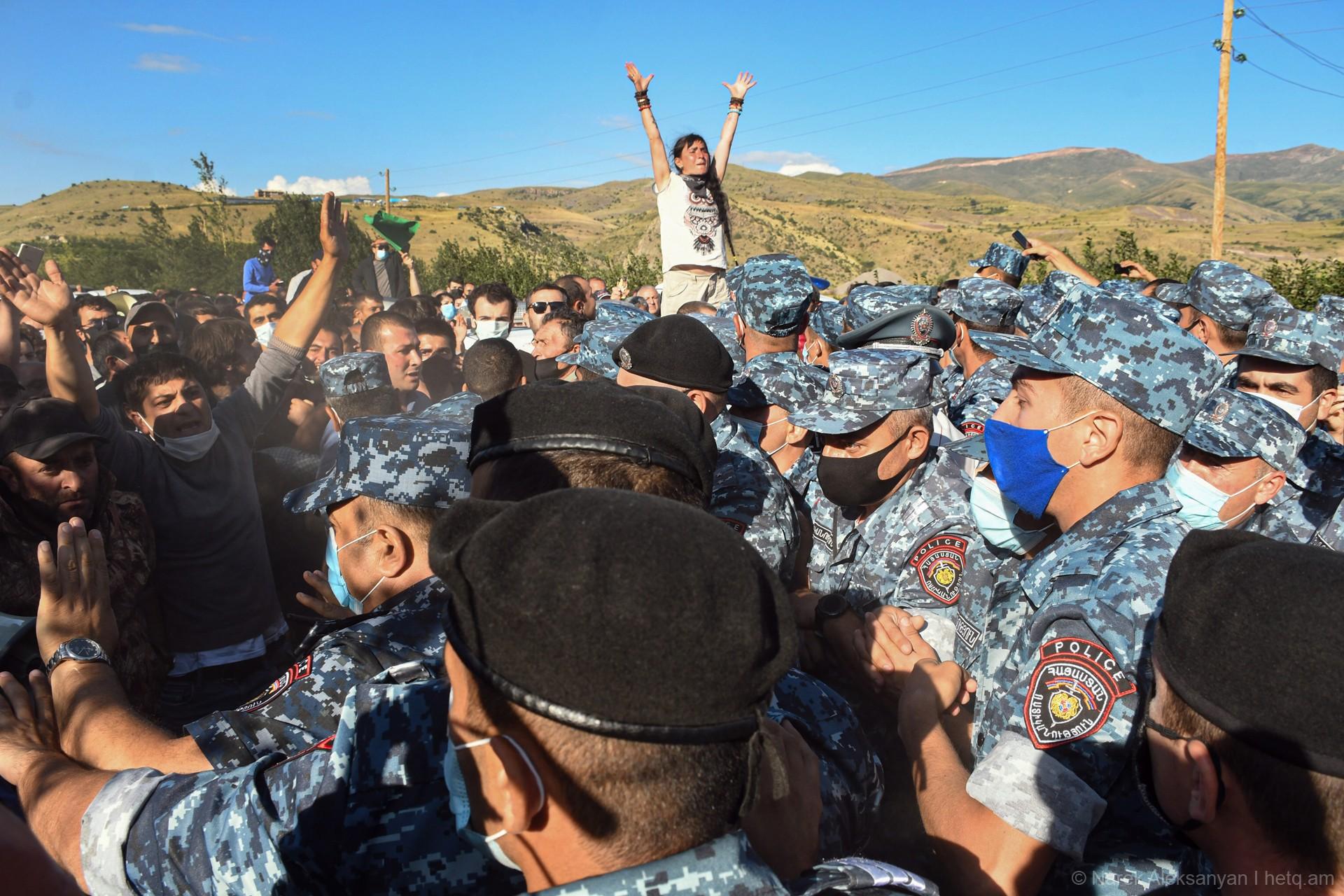