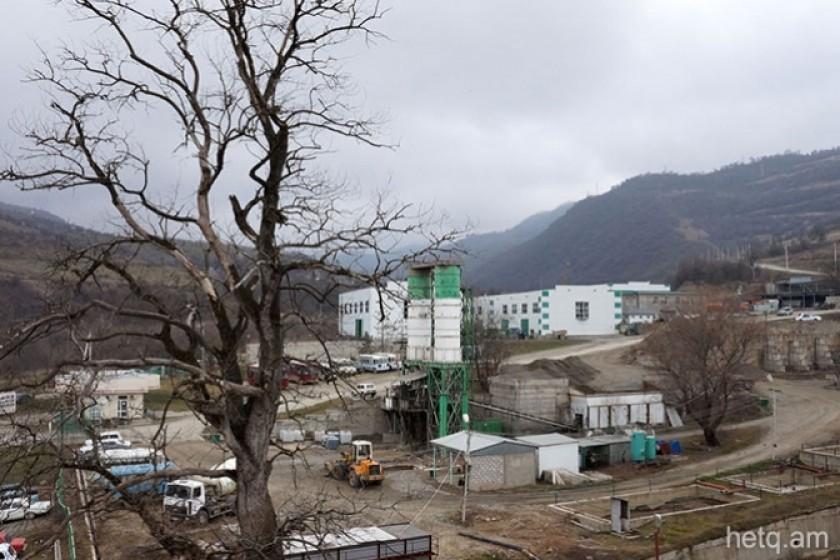 Today, at noon, some 100 residents of Teghout, a village in Armenia’s northern Lori Province, blocked the road leading to the copper and molybdenum mine to voice several demands.

The protesters first demanded that they either get jobs at Teghout CJSC, the company that operates the mine, or they get their lands back.

They also demanded that the company pay retirees living in Teghout and the neighboring village of Shnogh 40,000 drams ($83) each monthly in compensation for the pollution caused by the mine.

Shnogh Mayor Davit Ghumashyan and Tumanyan Police Chief Artak Gurjanyan arrived on the scene and urges the protesters to open the roadway.

The mine was relaunched in July 2019 after a break of 18 months.