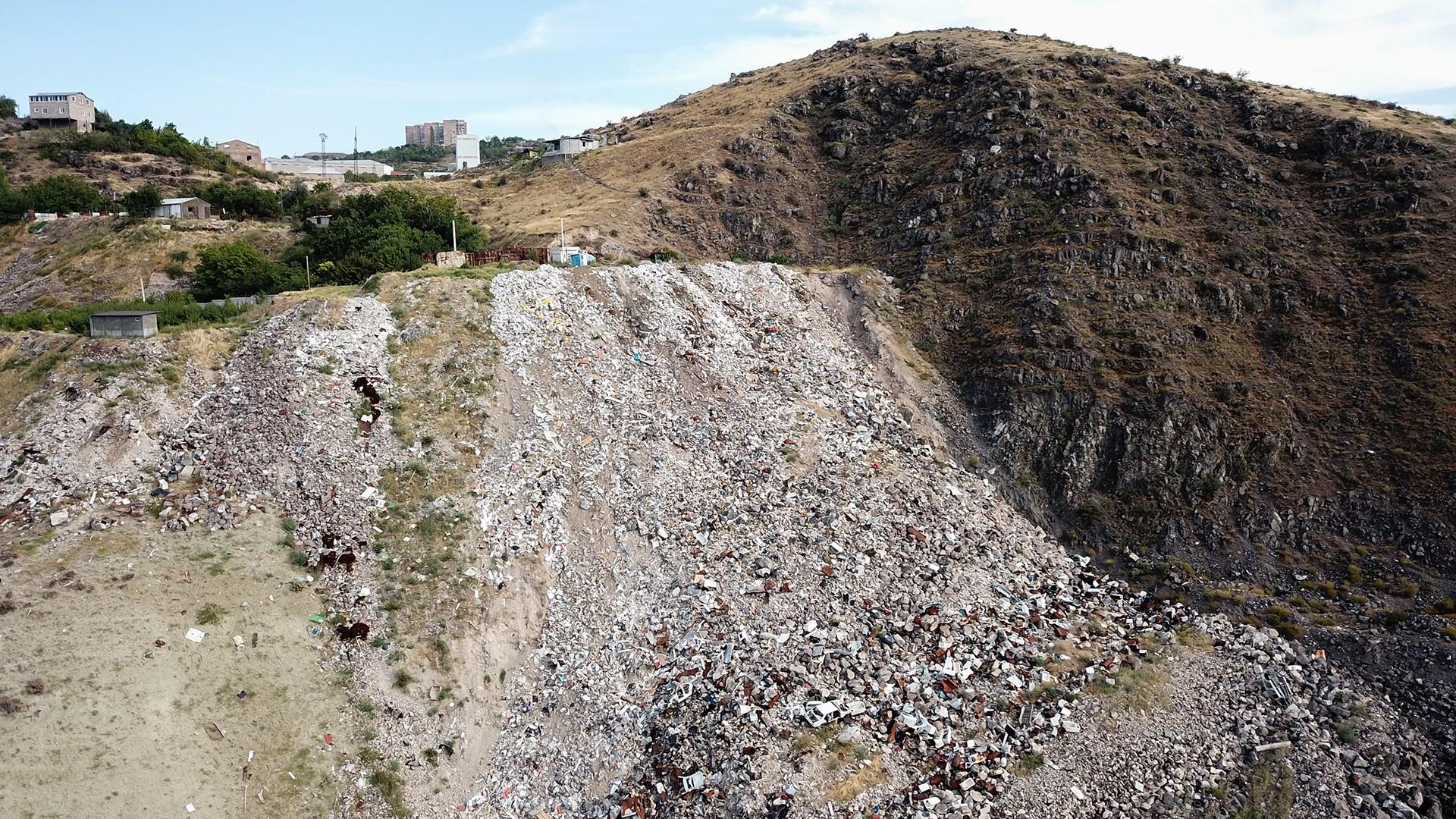 Construction waste has been dumped in the area called "Korean Gorge" in the Yerevan’s Arabkir Administrative District since Soviet times.

There are garbage dumps in the whole area of ​​the gorge, most of them containing construction material.

The only place legally permitted to accept such waster in Yerevan is the Nubarashen landfill.

Anna Nersisyan lives near the gorge and told Hetq that garbage trucks can be seen entering the area daily.  Nersisyan adds that cars also pull up to the gorge, dumping sacks of garbage.

"During the day, several dozen trucks dump construction waste in the area. The area has turned into a garbage dump. A big cloud of dust rises after every car, and we breathe the dust of the garbage all day,” says Nersisyan.

She’s repeatedly called the police, the Yerevan Municipality and the Arabkir District office, all to no avail.

The Yerevan Municipality to Anna told Nersisyan that it’s up to the Arabkir local authorities to monitor the dump.

Nersisyan says that one of the areas in the gorge where waste is dumped is run by a man named Aro (his real name is Eduard Danielyan). She has heard that companies pay Danielyan to dump waste there.

Arabkir Administrative District Head Aram Danielyan (no relation to Eduard) confirmed to Hetq that one of the dump landfills in the gorge was illegally managed by Aro (Eduard Danielyan). Aram Danielyan says he had met with Aro who denied that he’s allowing the dumping of waster there in return for payment.

Aram Danielyan told Hetq that he has seen the trucks dumping garbage.

Police officers have been dispatched and administrative proceedings instituted, but the dumping continues.

"The amount of the fine is 80,000-100,000 drams. Very often, people pay the fine or appeal in court and continue to pollute the area. This will not be regulated simply by fines. We need the support of the municipality and the police to be able to solve the problem," says Aram Danielyan.

Last year, at his initiative, the garbage trucks of the ML Mining company were fined and has stopped dumping in the gorge.

Aram Danielyan says he patrols the area by car on weekends and confronts those dumping trash in the gorge. He believes the violating companies should be stripped of their building licenses.

Eduard Danielyan, (aka Aro) does not deny that various companies are dumping construction waste in the 1.5-hectare area in front of his house with his permission.

"This is my territory. It’s illegal, but it is mine, I have been ruling here for forty years. I am responsible for my territory," says Eduard Danielyan.

Eduard Danielyan wouldn’t tell Hetq how much he’s getting paid to allow the dumping. He claimed that dirt, not construction waste is being dumped.

He says that he plans to plant fruit tress on the area once it is filled in.