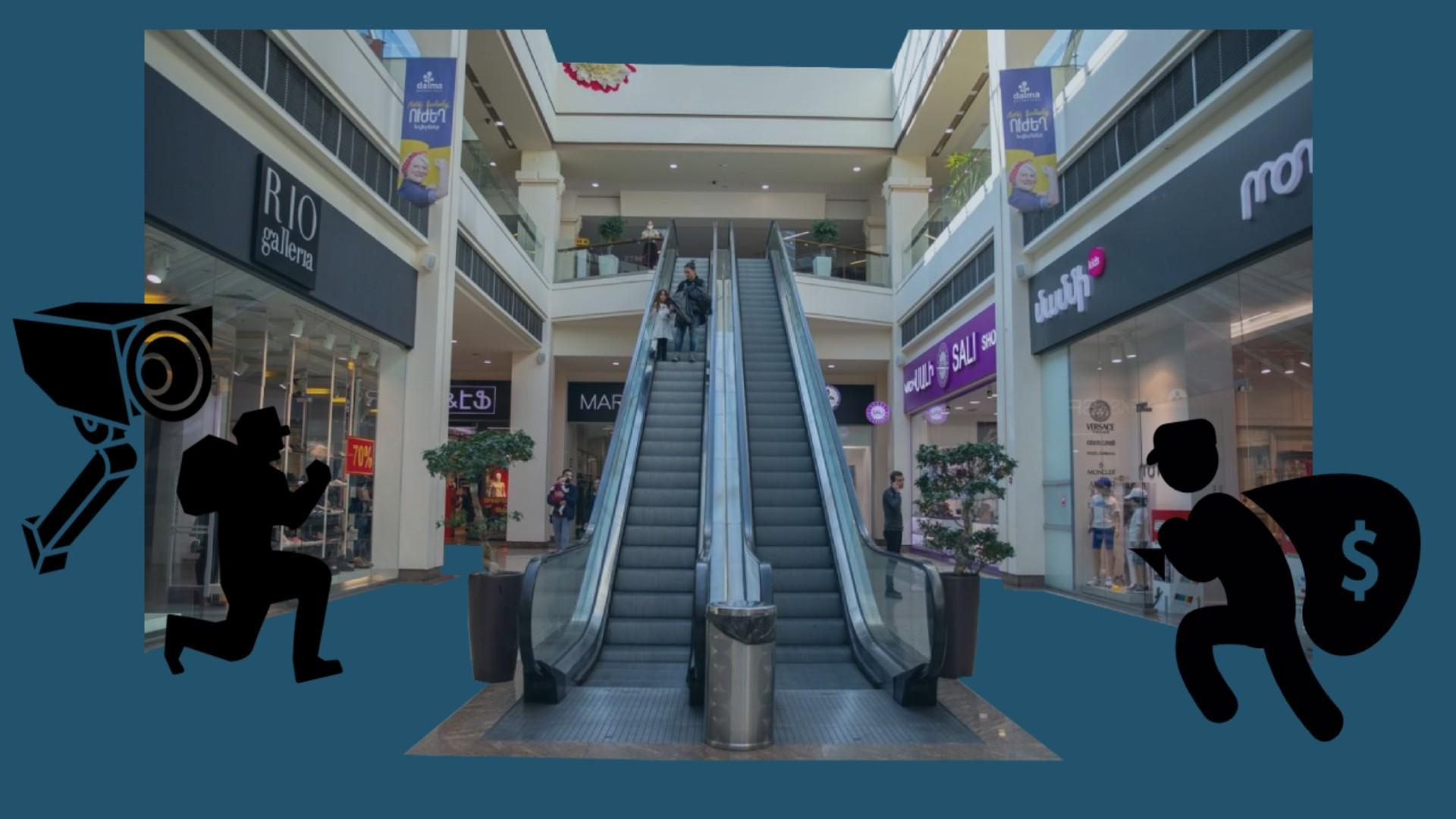 An organized criminal ring has been targeting Yerevan shopping malls for several years.

The thieves have been especially active in the city’s Yerevan Mall and the Dalma Gardens Mall.

The ring, composed of men and women of all ages, mostly hit clothing stores, but are known to periodically target consumer electronics outlets.

Hetq, in an earlier article, wrote about the group’s targeting of high-end Inditex clothing stores in Yerevan.  But the masked marauders have thrown a much wider net.

The thieves both attack as a group or individually. They also visit their potential targets in advance, warning store security guards to stand aside when they return. The group oftentimes turns the store upside down after issuing the warning.

The video below shows thieves hitting the Massimo Dutti store in Yerevan.

The thieves have also found a way to bypass store alarms. By using these special silencer devices, the robbers can enter and exit their targets without tipping off the police.

A security guard at one of the malls, who did not want to be named, told Hetq that no thefts had been reported in the past week. The guard said that police inaction has only bolstered the thieves’ brazenness.

Hetq wrote to the police on August 31, asking what actions are being taken to stem the Yerevan mall thefts. We have yet to receive an answer.

It seems, however, that the police, have adopted a new approach to answering inquiries from individual media outlets. The police now issue a general statement published on its website. The information Hetq requested can be found on the Department of Police website. The statement was posted on September 10, ten days after Hetq sent its inquiry.

This violates Article 9 of Armenia’s Freedom of Information Law, according to which a response to a written inquiry must be given within five days of its receipt, or if additional work is required, within thirty days on condition that the applicant be notified of the delay within five days.

In this case, the police did not respond to our inquiry within five days, nor did they inform us about any response delay. This is unacceptable, especially coming from a law enforcement agency.

According to the published Police statistics, 370 criminal cases against 369 people have been investigated in cases of theft and robbery committed in malls since 2012, of which 269 are men and 100 are women.

However, out of the hundreds of criminal cases sent to court, only nine individuals were sentenced to jail time, the rest were granted amnesty, or the victims refused to testify. In many cases, the court merely imposed a fine.

According to Police estimates, the total amount of damage caused to businesses in 2012-2019 amounted to 22.6 million drams ($47,000) of which 15.5 million was recovered. This is a much lower amount than quoted by Hetq’s mall security guard.

The September 10 Police statement implies that the storeowners are to blame for the thefts.

"Such thefts are possible only if the seller does not pay attention,” the statement reads. The Police do not specify how one or two store clerks can foil the thefts of an organized crime ring.

One of the most notorious incidents involving crime ring members took place on September 13, 2019 at the Yerevan Mall shopping center. On that day, one of the members of the group, Anania Ayvazyan, grabbed a pair of men's shoes and a pair of boots from the Zara clothing store for 45,000 drams. The alarm went off when she exited the store and mall head of security Sergey Filiposyants gave chase. He caught up with her and took the bag.  They argued and a man called Grigor Martirosyan intervened. The Inditex security guard later identified him as a leader of the crime group. Martirosyan started punching Filiposyants in the face and fled the scene along with Ayvazyan.

The case against Martirosyan was dropped in April of this year after he and Filiposyants “reconciled”. What they agreed to remains unknown. Had the case gone to trial, Martirosyan faced three years imprisonment if found guilty.

Ayvazyan pleaded guilty and was fined 200,000 drams ($417). She could have been sentenced to two years behind bars.

On November 4, 2019, several Dalma Garden Mall and Yerevan Mall business owners complained about the thefts to Bright Armenia MP Harutyun Babayan, who then raised the issue to PM Pashinyan at a November 13 government-parliament Q&A session.

Pashinyan agreed that steps must be taken to stem the thefts even though the defendants in such cases are often released on their own recognizance and return to their criminal pursuits. 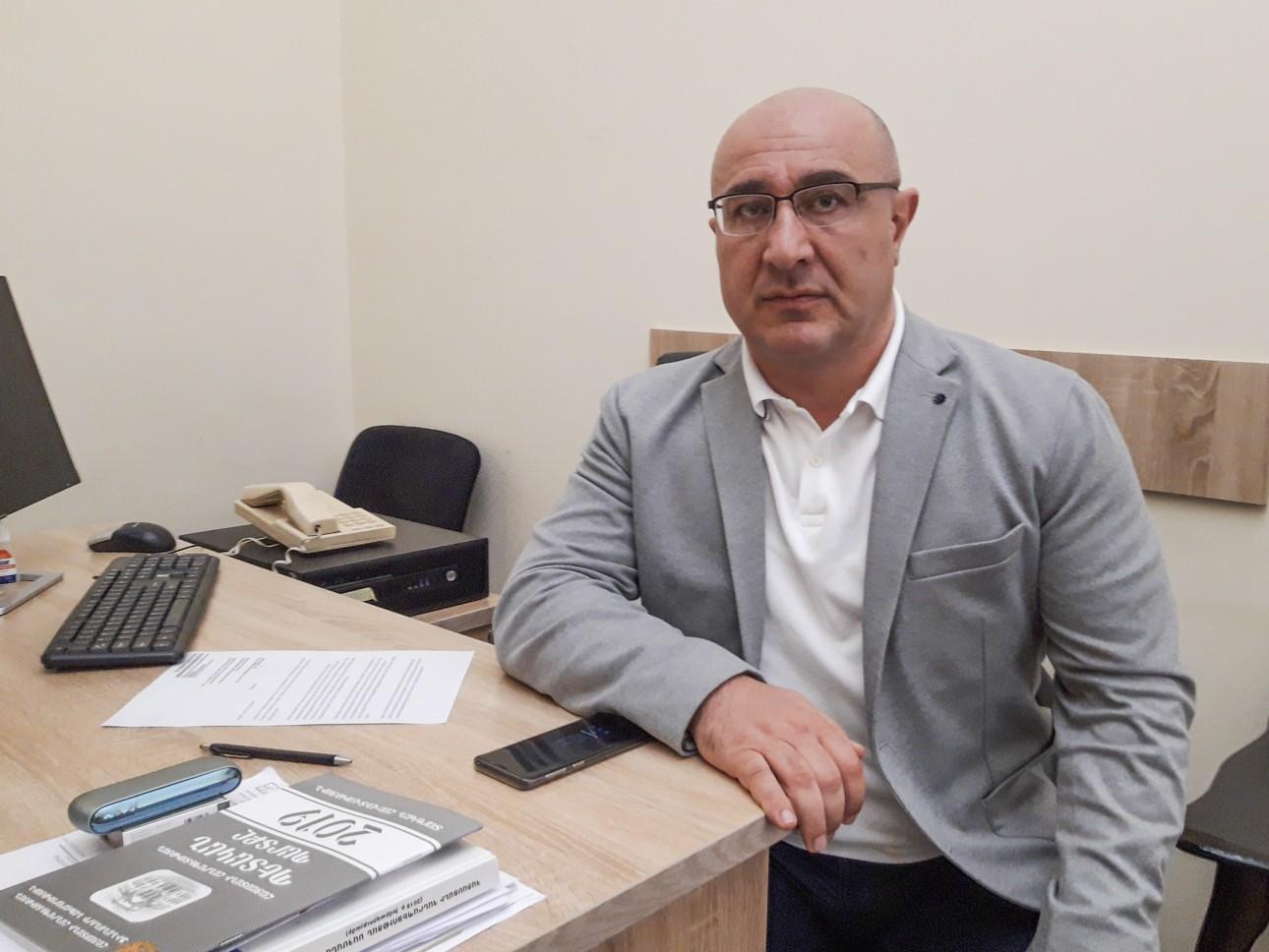 Babayan then contacted the Investigative Committee, the agency reviewing the crimes. In February, he organized a roundtable meeting with owners of the most impacted businesses. Then, on the initiative of the Investigative Committee, a meeting was organized with the participation of representatives of the Police, the Prosecutor's Office, the National Security Service, and the Human Rights Defender's Office.

It was agreed that the relevant police departments should provide enhanced service during peak store hours, but as the business owners claim, this hasn’t been done.

“The investigators are not aware that the cases are already connected. They can submit a motion for arrest when the person has already caused, for example, 1 million drams in damage,” says Babayan who raised the matter to Minister of Justice Rustam Badasyan and proposed creating a joint electronic database to facilitate the work of investigators. 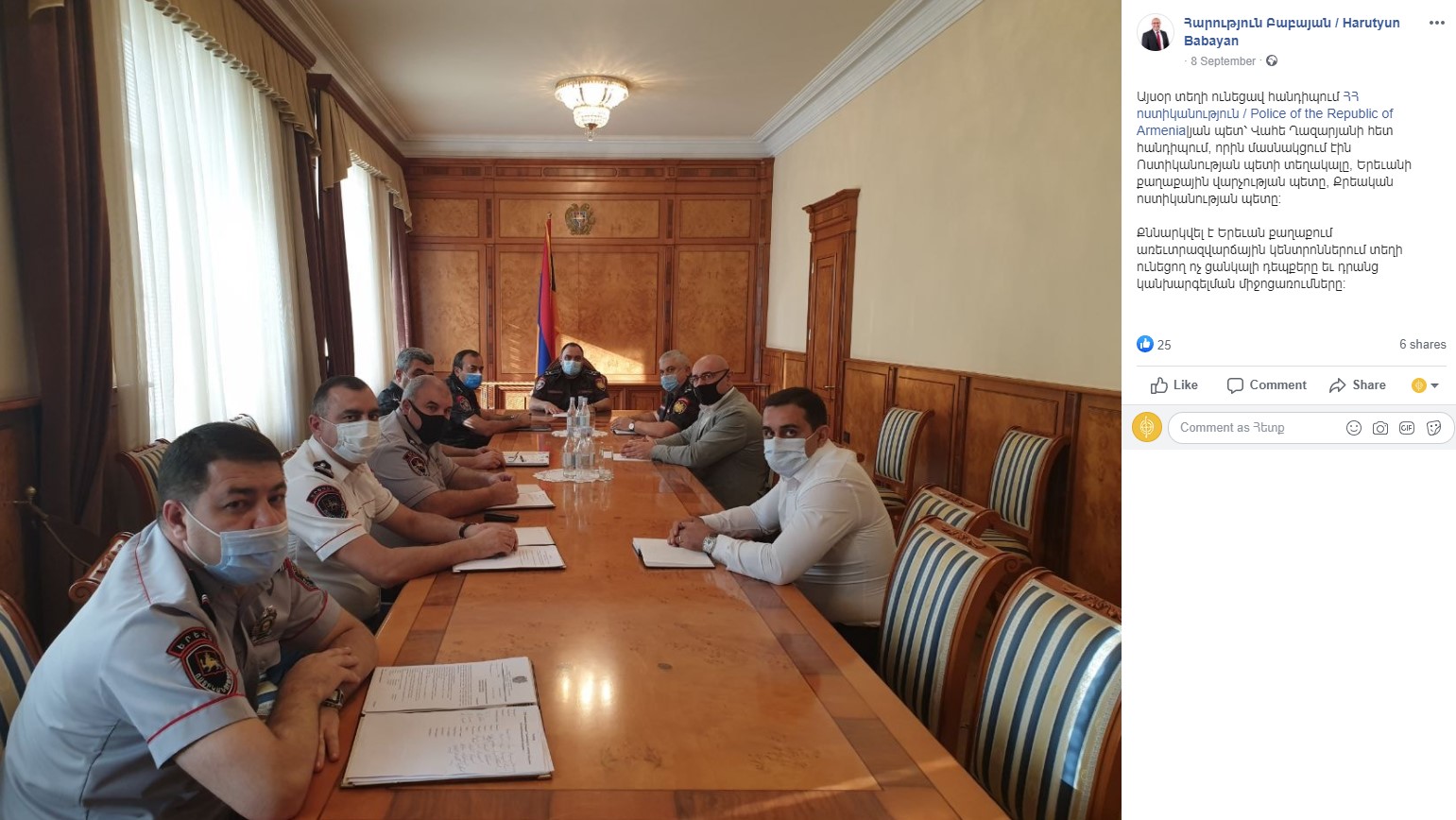 Is Armenia safe for retailers?

Babayan says that several foreign brand representatives in Armenia have informed the head office back home about the ongoing thefts and the issue of terminating business in Armenia has been discussed.

"This means that Armenia is not a safe country for business, where the basic security conditions are not provided. Not to mention the closure of jobs,” says   Babayan.

On September 1, Babayan met with Chief of Police Vahe Ghazaryan with a follow-up meeting a week later (see photo).  An agreement was reached to carry out an enhanced patrol services in the malls.

Armenian Prosecutor General Artur Davtyan has received his share of the business owner complaints, the focus of which is the need to review the selection of pre-trial detention measures for defendants.

Hetq wrote to Davtyan’s office to see if anything is being done to keep the defendants in detention pending a trial.

The Prosecutor General’s Office (PGO) responded that given the current legal framework repeat offenders can avoid criminal prosecution if no complaint is filed or if the parties reconcile out of court.

The PGO says it sent a draft law on amendments to Article 183 of the RA Criminal Procedure Code was sent to the Ministry of Justice in March 2019. It proposes that the absence of a complaint from the applicant or any reconciliation of the parties involved does not constitute mandatory grounds for the prosecution body or the court to terminate the criminal prosecution.

The PGO adds that even those these thefts are “minor crimes”, the property and health of individuals and the property organizations must be protected.