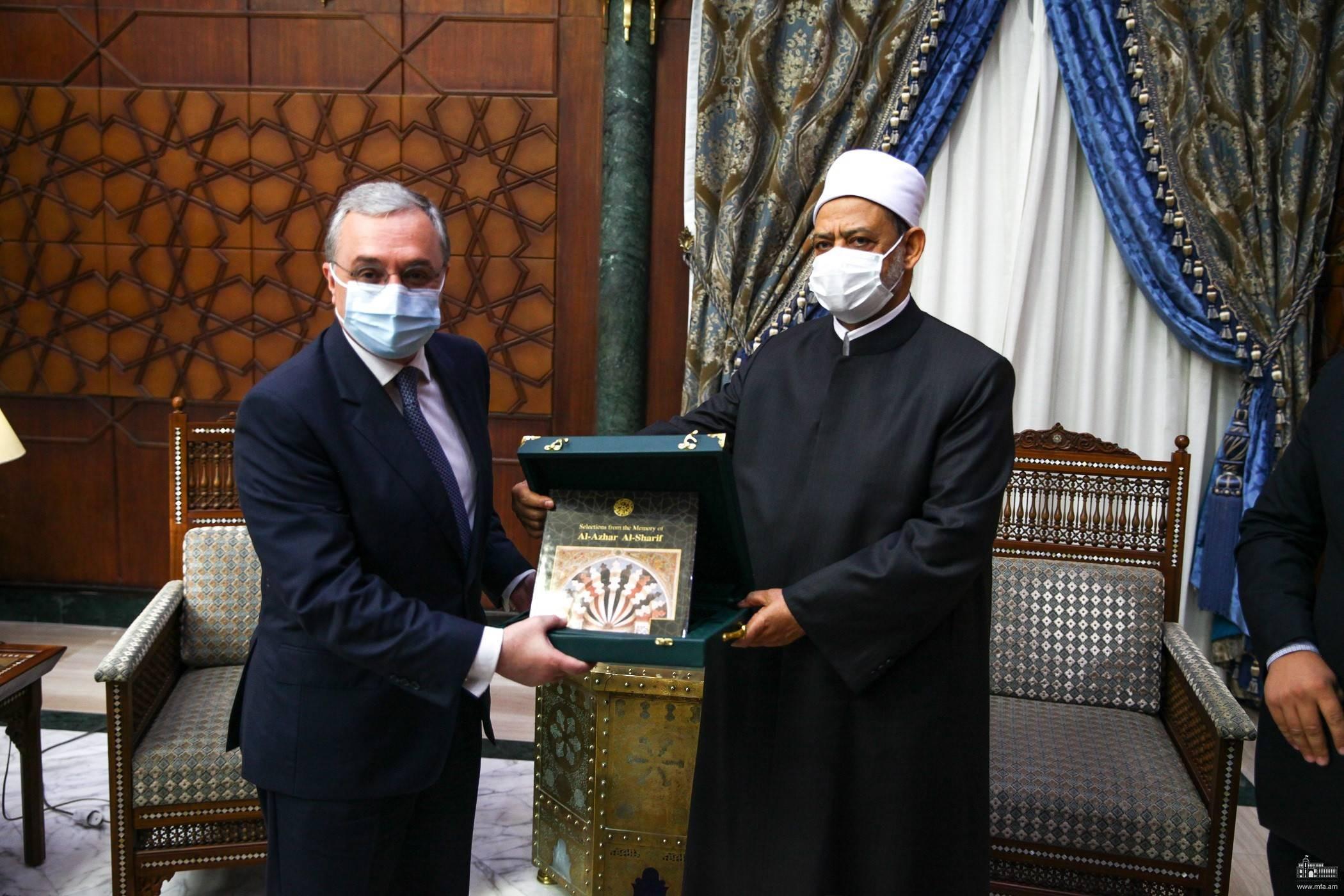 The Armenian Foreign Ministry issued the following statement on the meeting.

During the meeting, the two highlighted the centuries-old friendship between Armenia and Egypt, anchored on a sense of solidarity and mutual respect between our two peoples.

“The warm and hospitable attitude of the Government of Egypt towards the Armenian community is truly valuable, due to which Armenians managed to preserve their language, culture, religion and national identity”, said Zohrab Mnatsaknayan, adding that “Egypt’s experience with regards to religious tolerance and protection of minority rights can be a good example”.

Both sides expressed their concern over the extremism-based crimes in various parts of the world, discrimination on religious grounds, as well as the exploitation of religion for political purposes. In this regard, the interlocutors stressed the importance of interreligious tolerance and peaceful coexistence. Minister Mnatsakanyan noted that Armenia is consistently working to protect the rights of religious groups and ensure the diversity of religions through various international formats.