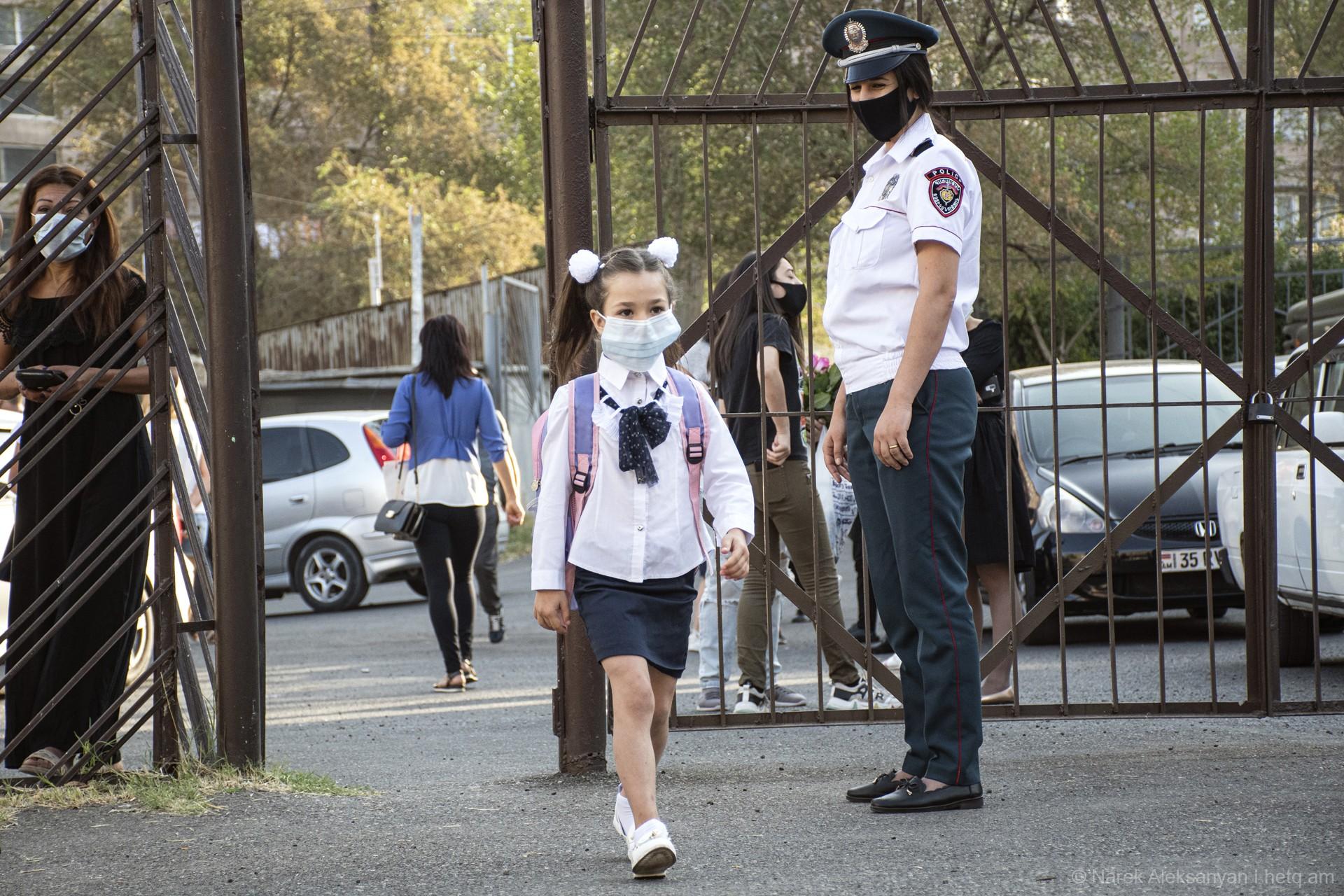 Back to School: Masks and Social Distancing the Norm at Yerevan’s P.S. 178

Silvard is a first grader at Yerevan’s P.S.178 school in Armenia. It’s her second day of classes.

Elementary schools in Armenia opened their doors on Monday, September 14.

"Yesterday I cried a little. I was afraid to go home and not see my mother," says the first grader, but then adds with a smile that she has already made friends with the teacher and the school principal. Before entering the classroom, Silvard and her friends had their temperature taken and disinfected their hands. 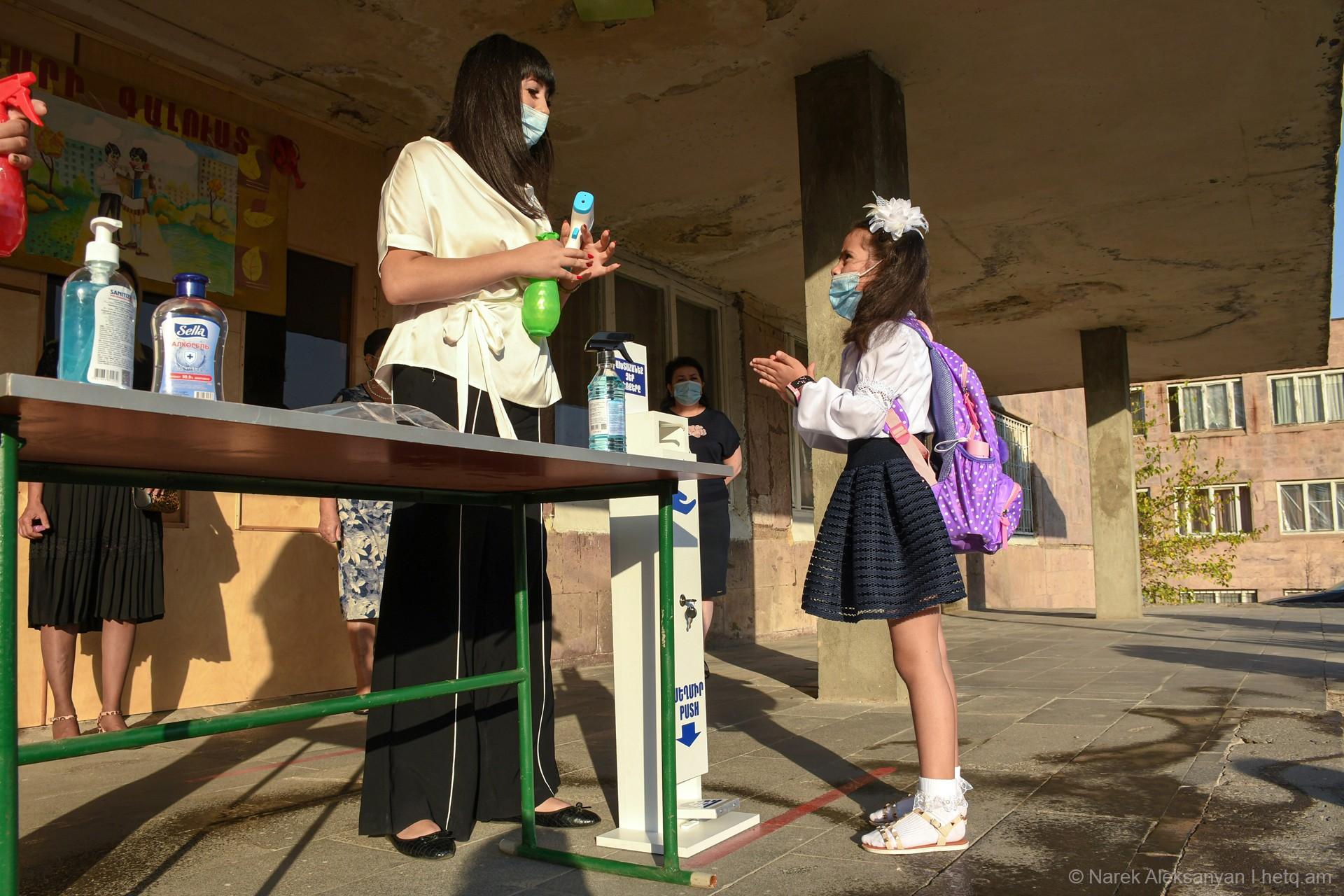 The school with 305 students and 42 staffers is in Yerevan’s Erebuni Administrative District. The number of students in the elementary school has increased in recent years. Principal Haykuhi Simonyan said that the bathroom was in poor shape and parents avoided taking their children to the school.  The problem was fixed three years ago. The school has purchased a week’s supply of disinfectants and face masks. 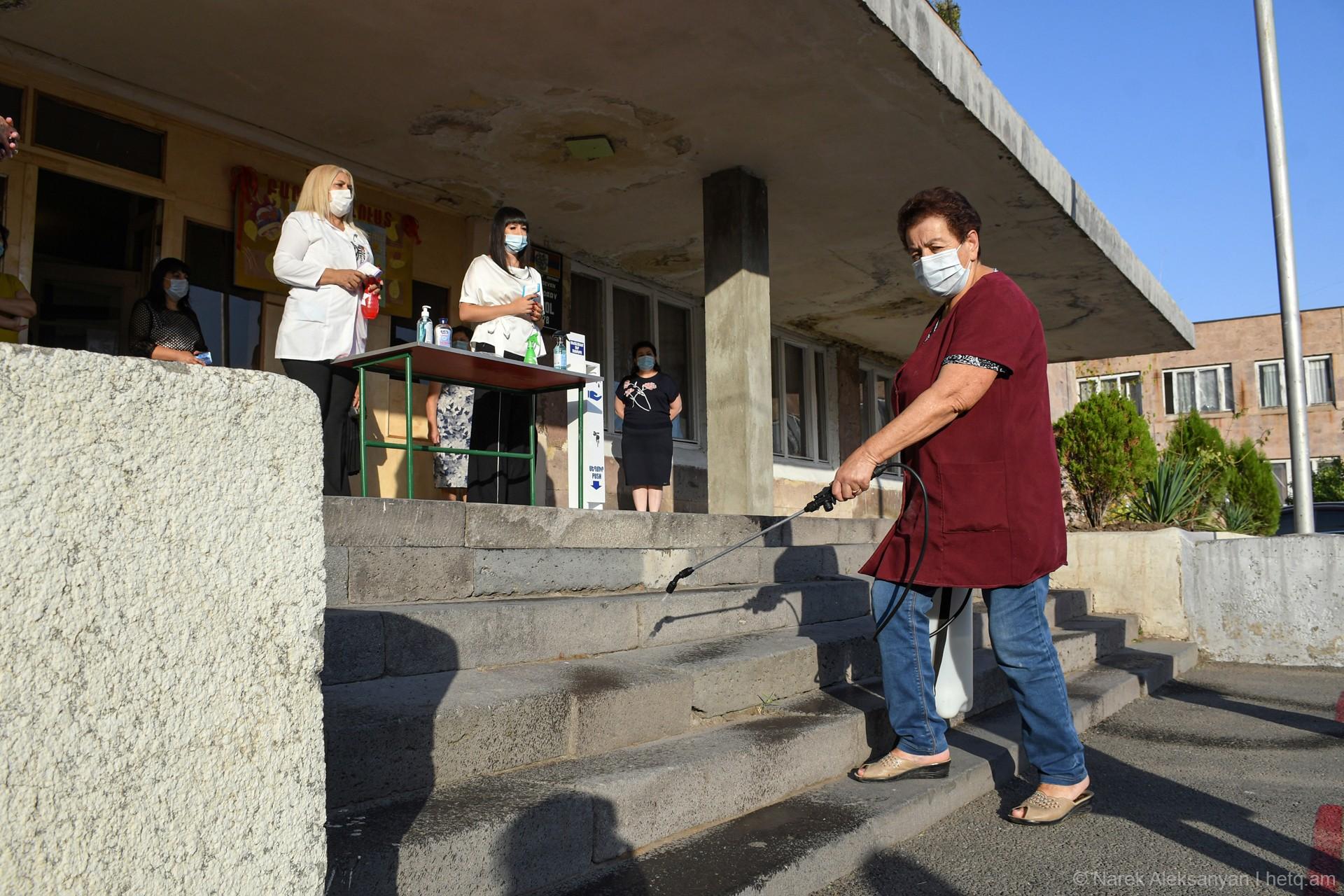 "We now have a sufficient amount of disinfectants and masks. It was rare for a student to come to school without a mask during these past two days, but we all followed the health rules. According to the government's decision, there will be a new stock of disinfectants next week.” 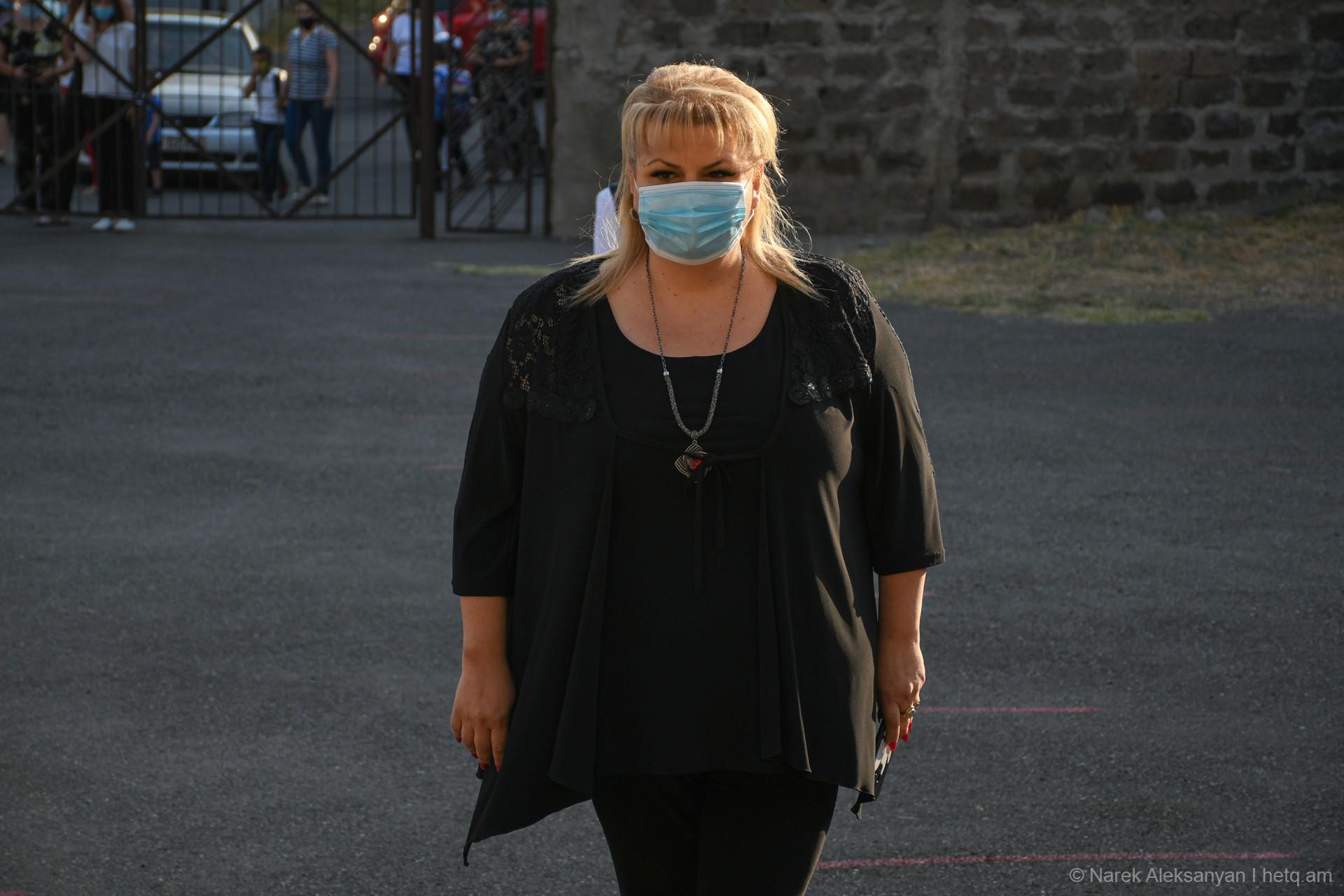 In the morning, the students say goodbye to their parents at the school gate, then approach the nurse, who takes their temperature, and then enter the classroom. Line markings were made in the school square to maintain social distancing. 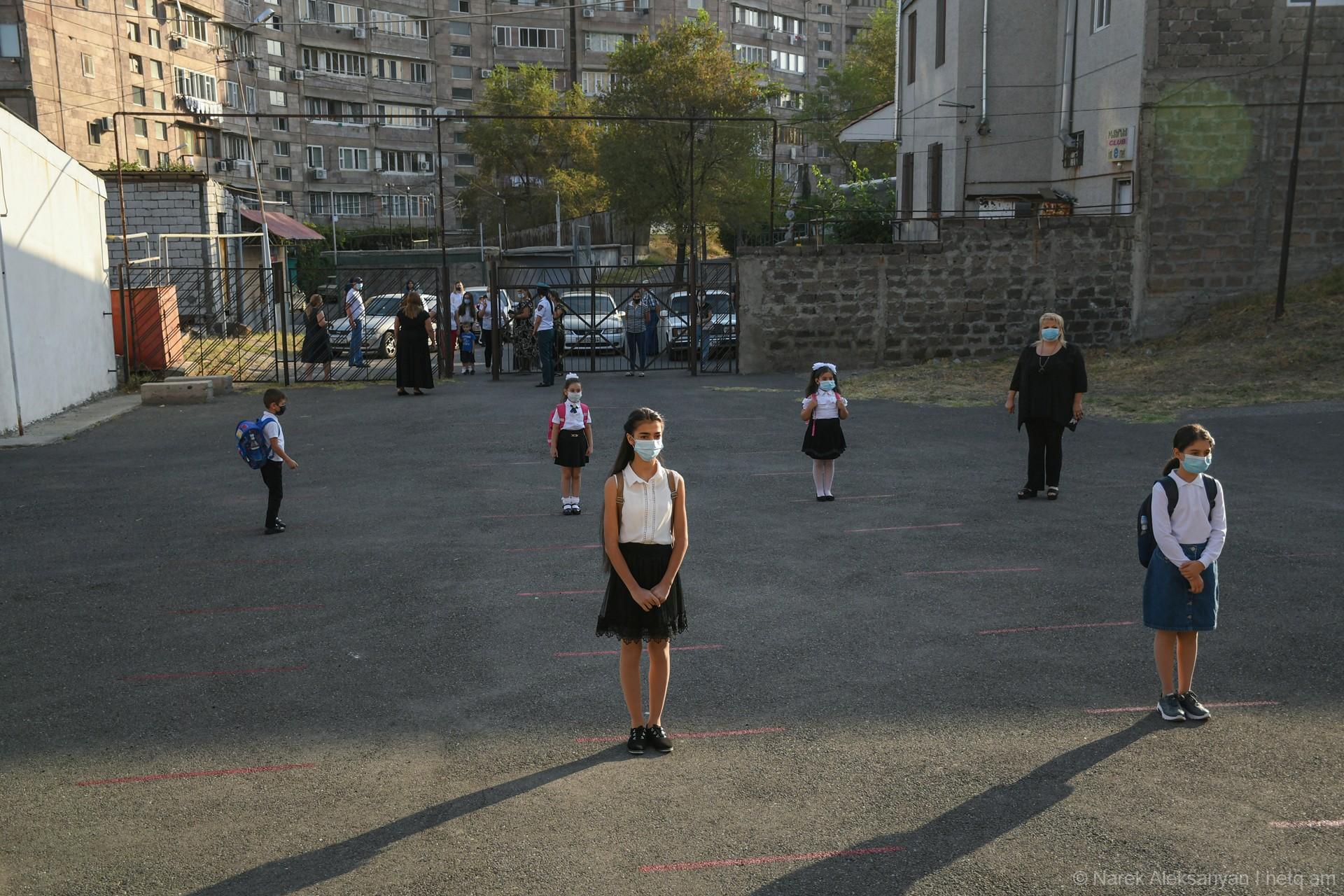 Classroom desks are placed 1.5 meters apart. The computer room was transformed into a classroom. Classes at the school will be held one at a time, but classes with more than twenty students will be divided into groups. Principal Simonyan shows us a separate room where the children and teachers showing high temperatures will be isolated. Simonyan says no one at the school is infected with the coronavirus but confesses that the teachers have not been tested yet. 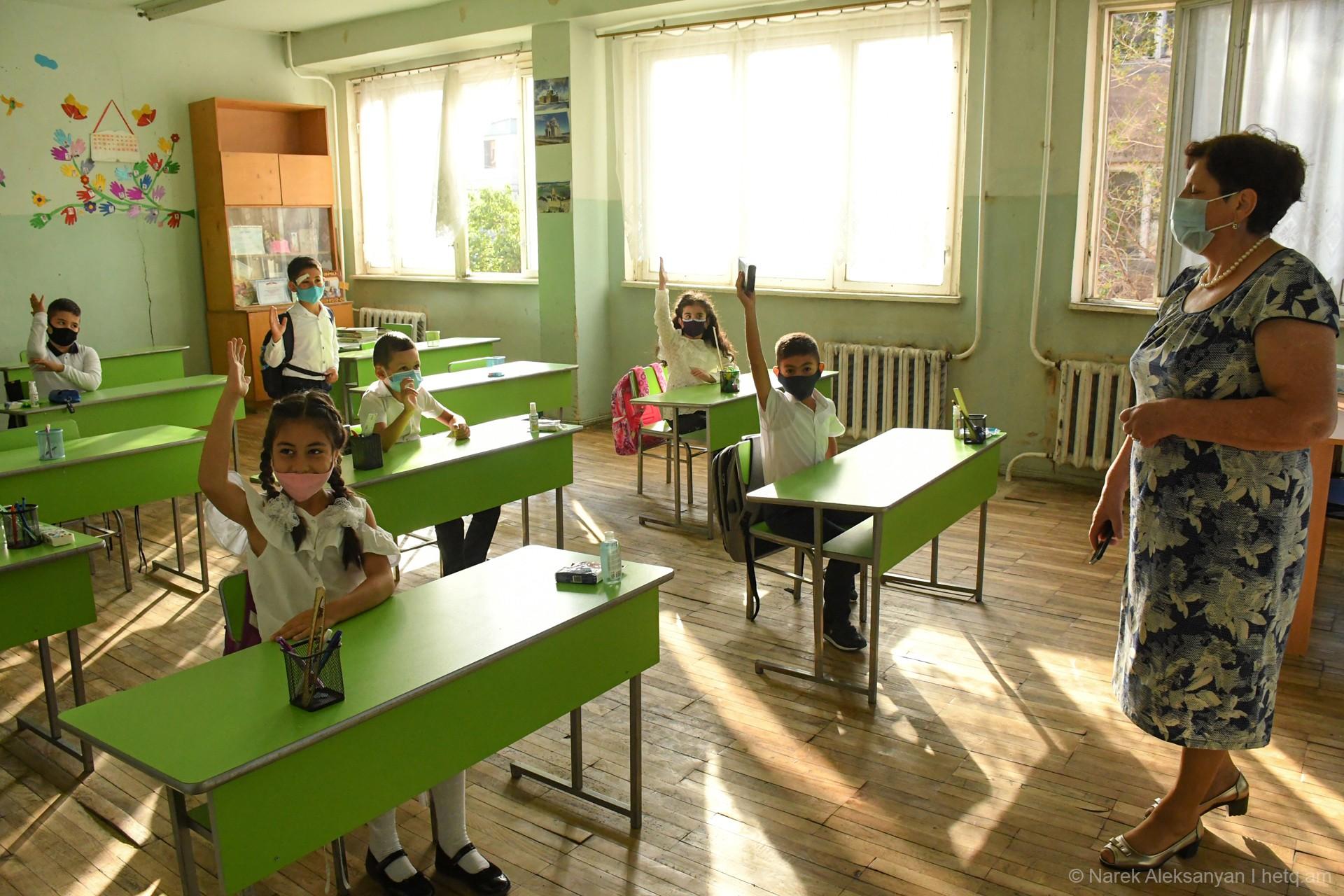 Asked whether the school might revert to distance learning again, Simonyan says that everyone was looking forward to the start of the school year and a return of the children.

“The children kept asking me when they would be returning to school. They are tired of staying at home. They know what’s going on and how to use the protective gear. We do everything to make sure the rules are adhered to,” says Simonyan. 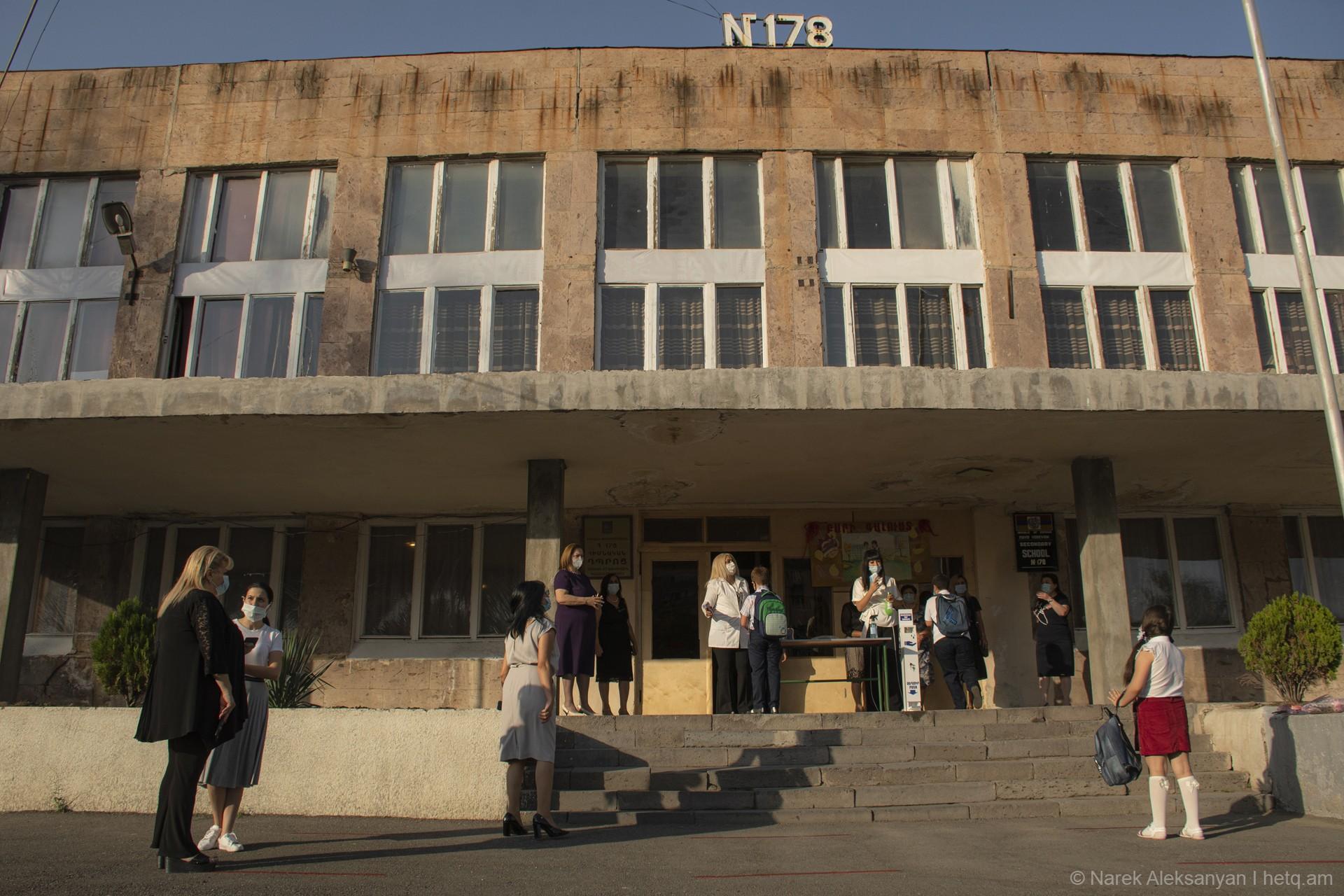 The children will not leave the school during breaks. The cafeteria will stay shut for the time being. 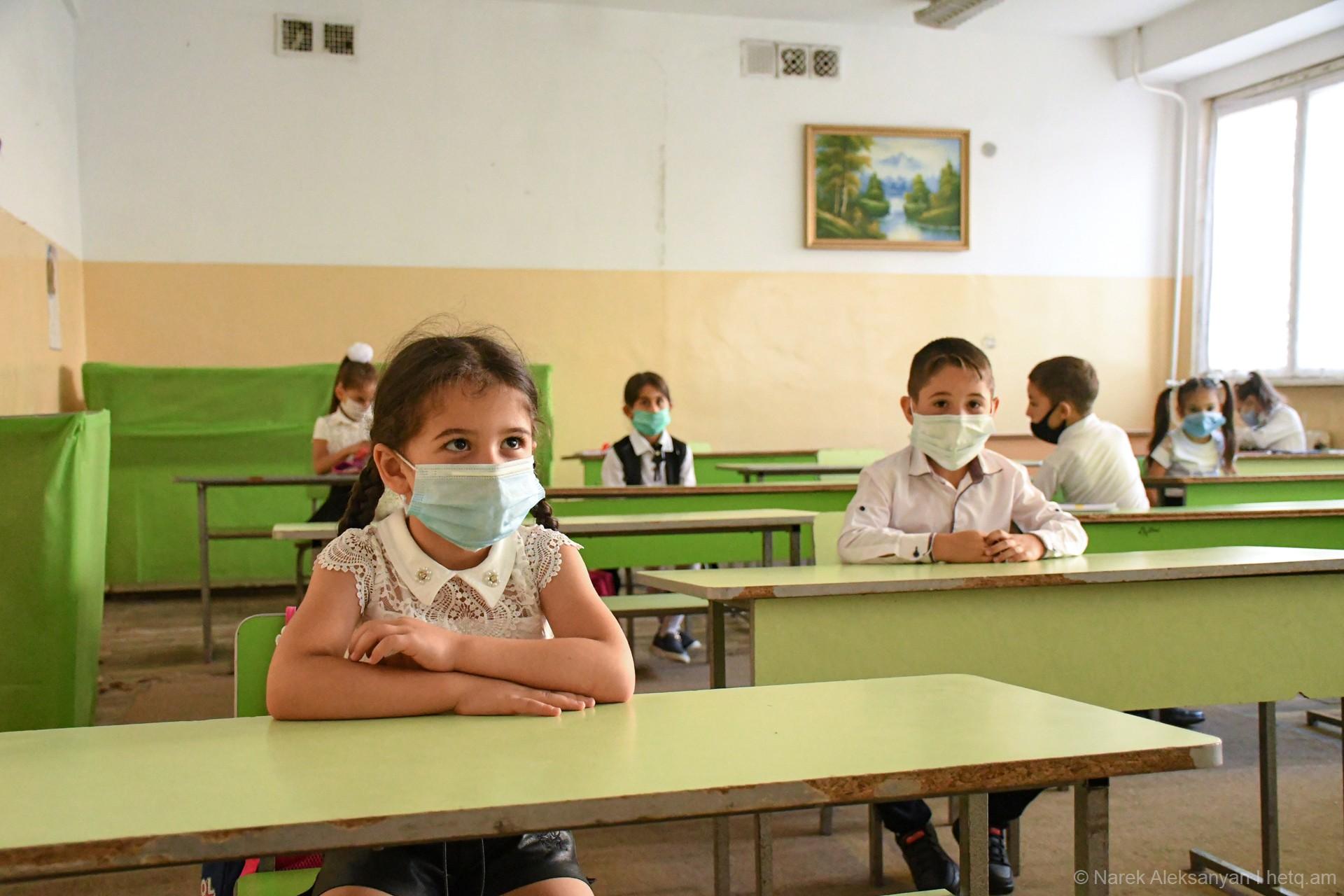 Each school principal is responsible for ensuring that the building and all furnishings are safe for both children and staff.

According to the guideline, the responsibility for ensuring a healthy, safe working and educational environment rests with the director of the general education institution.

The Ministry of Education, Science, Culture and Sports, in response to a Hetq inquiry about the purchase of disinfectants, said that a draft decision was approved at the September 3, 2020 government cabinet session to allocate 646,787 drams to public secondary, special needs and specialized schools in Armenia to purchase face masks and hand sanitizers. 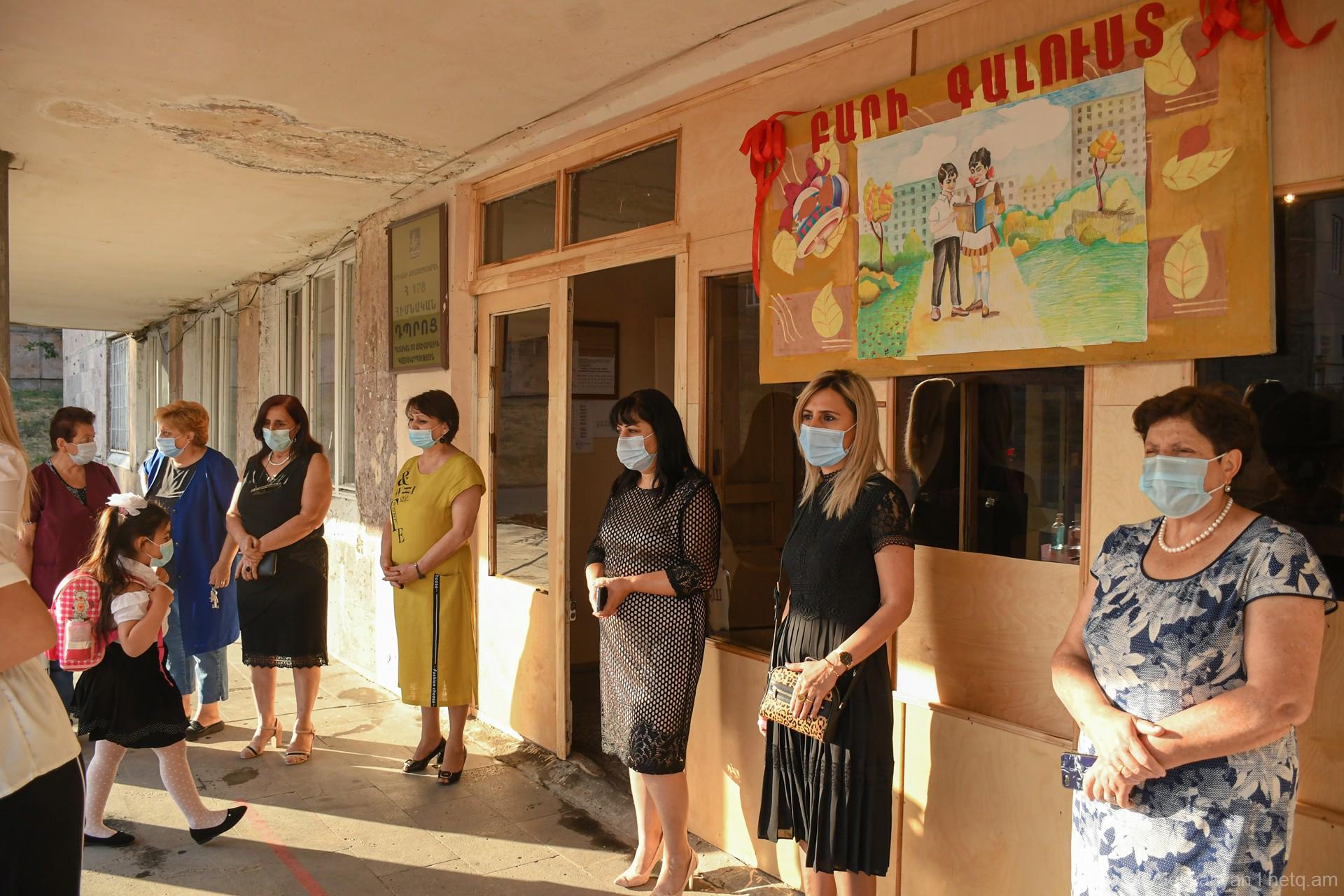 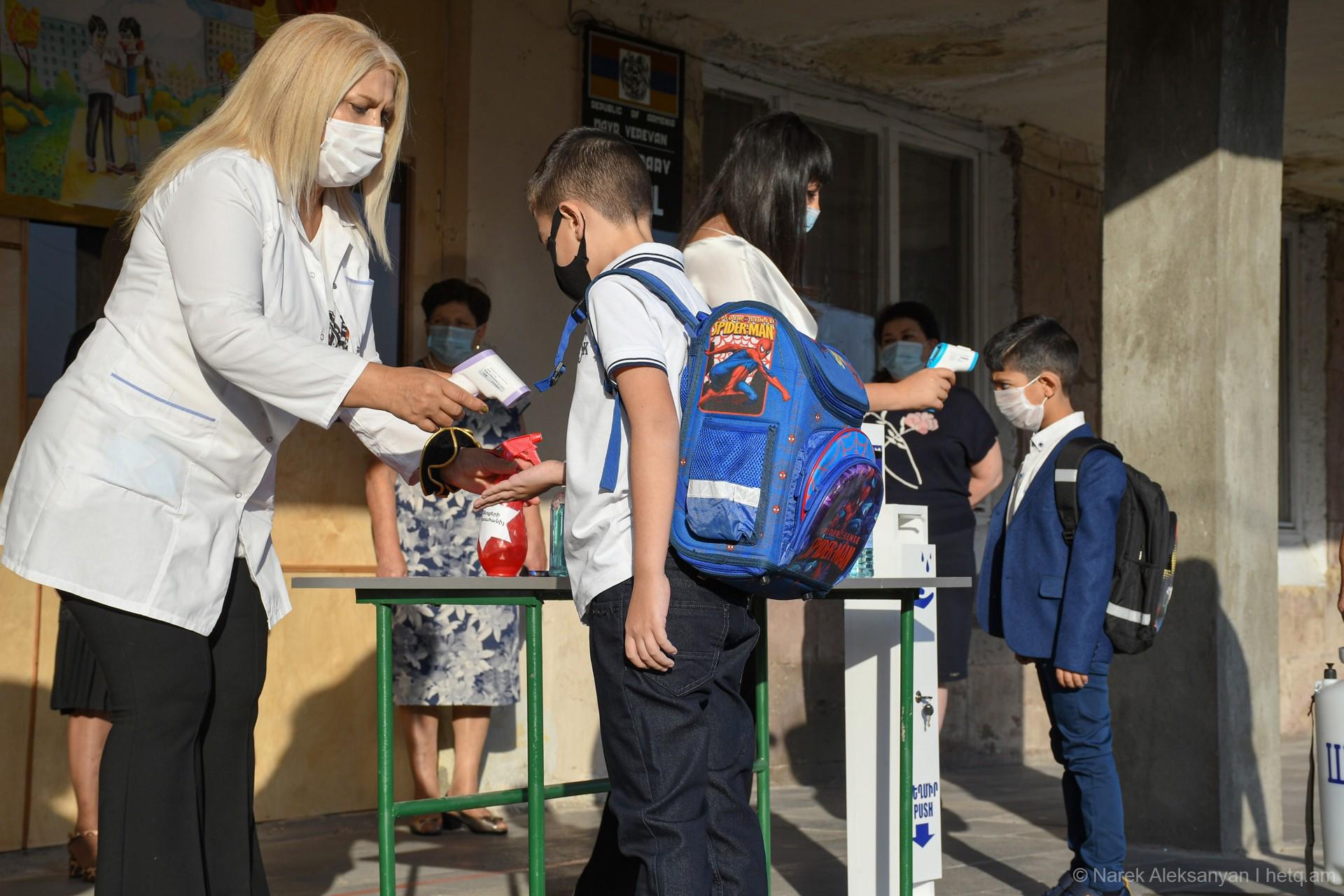 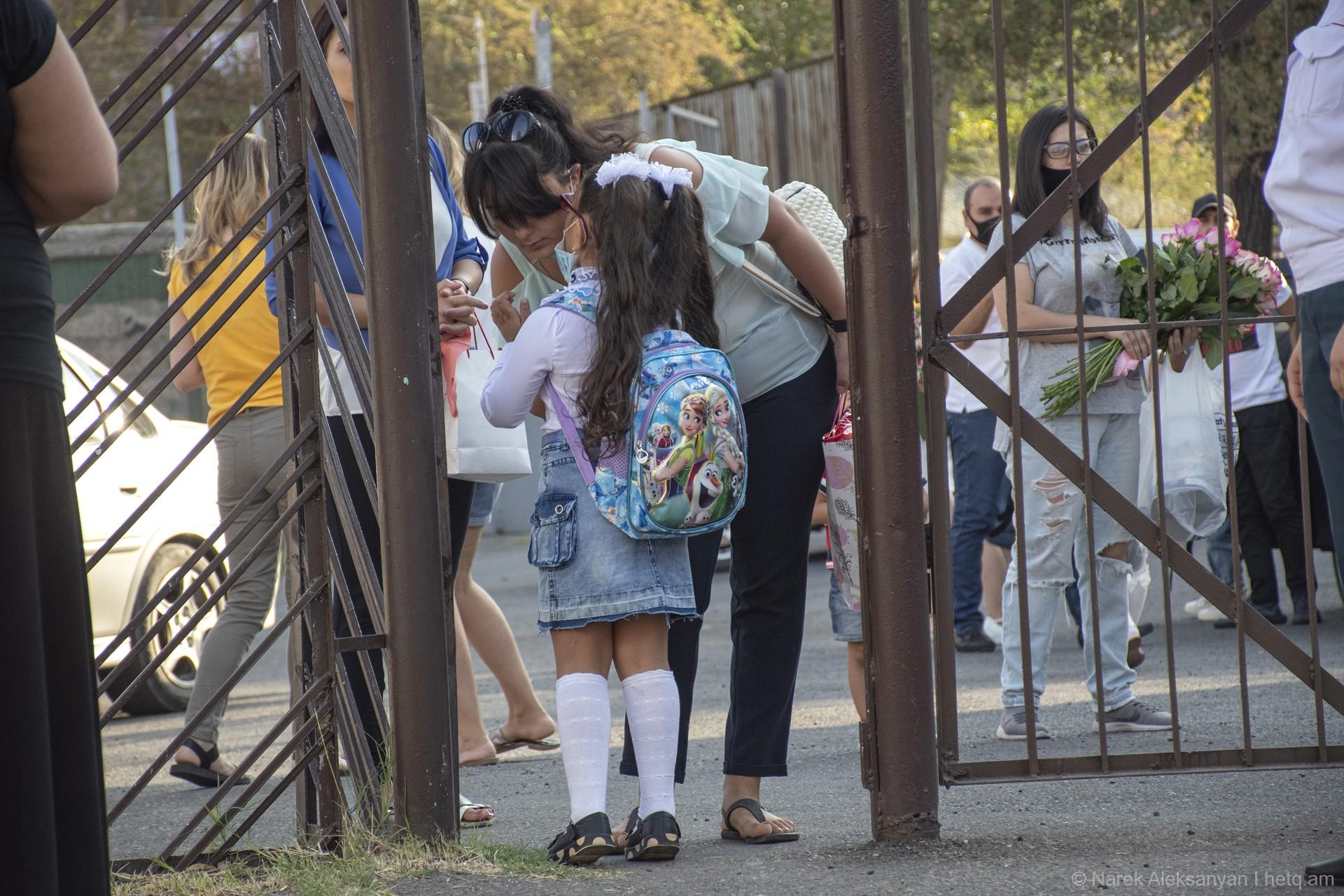 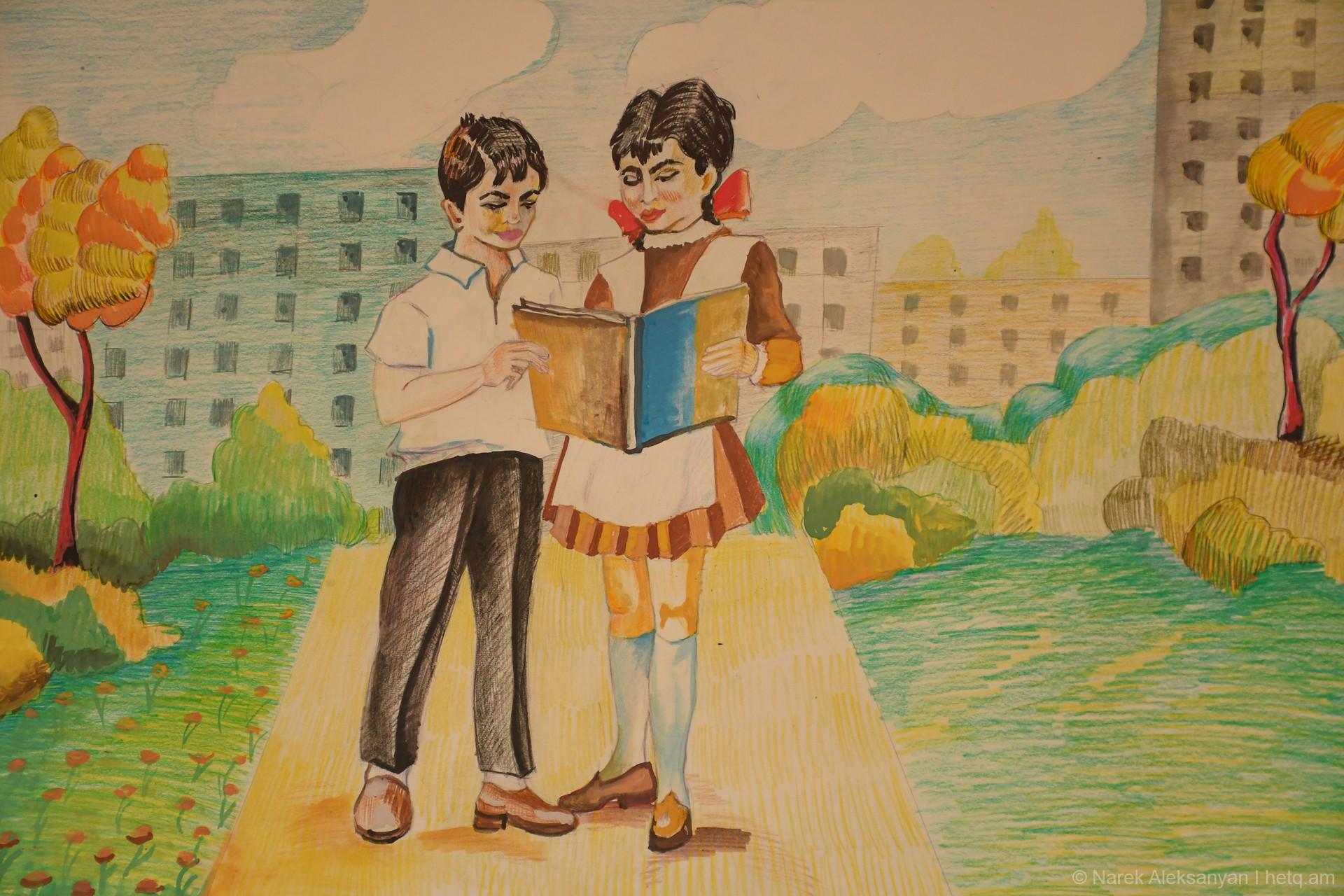 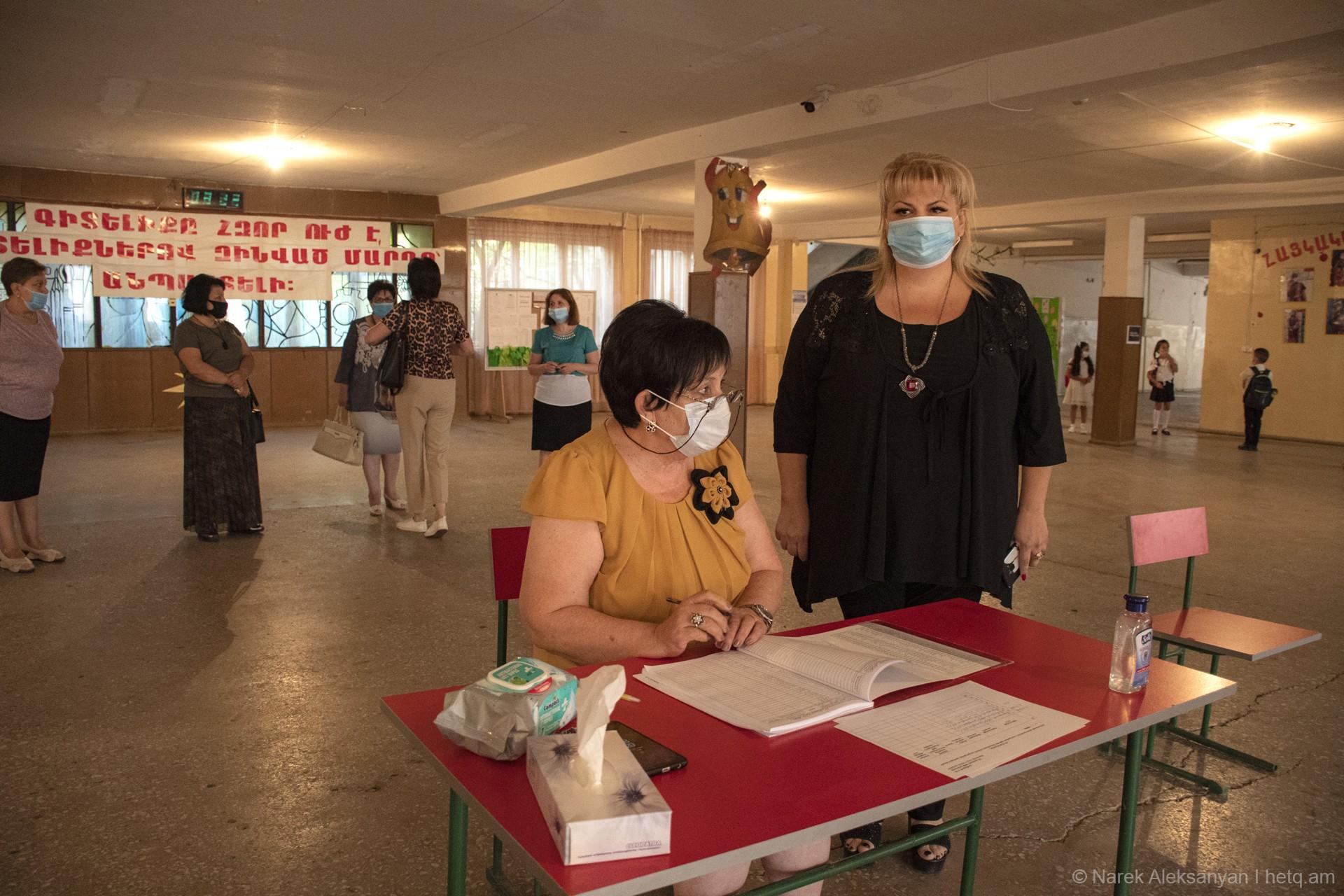 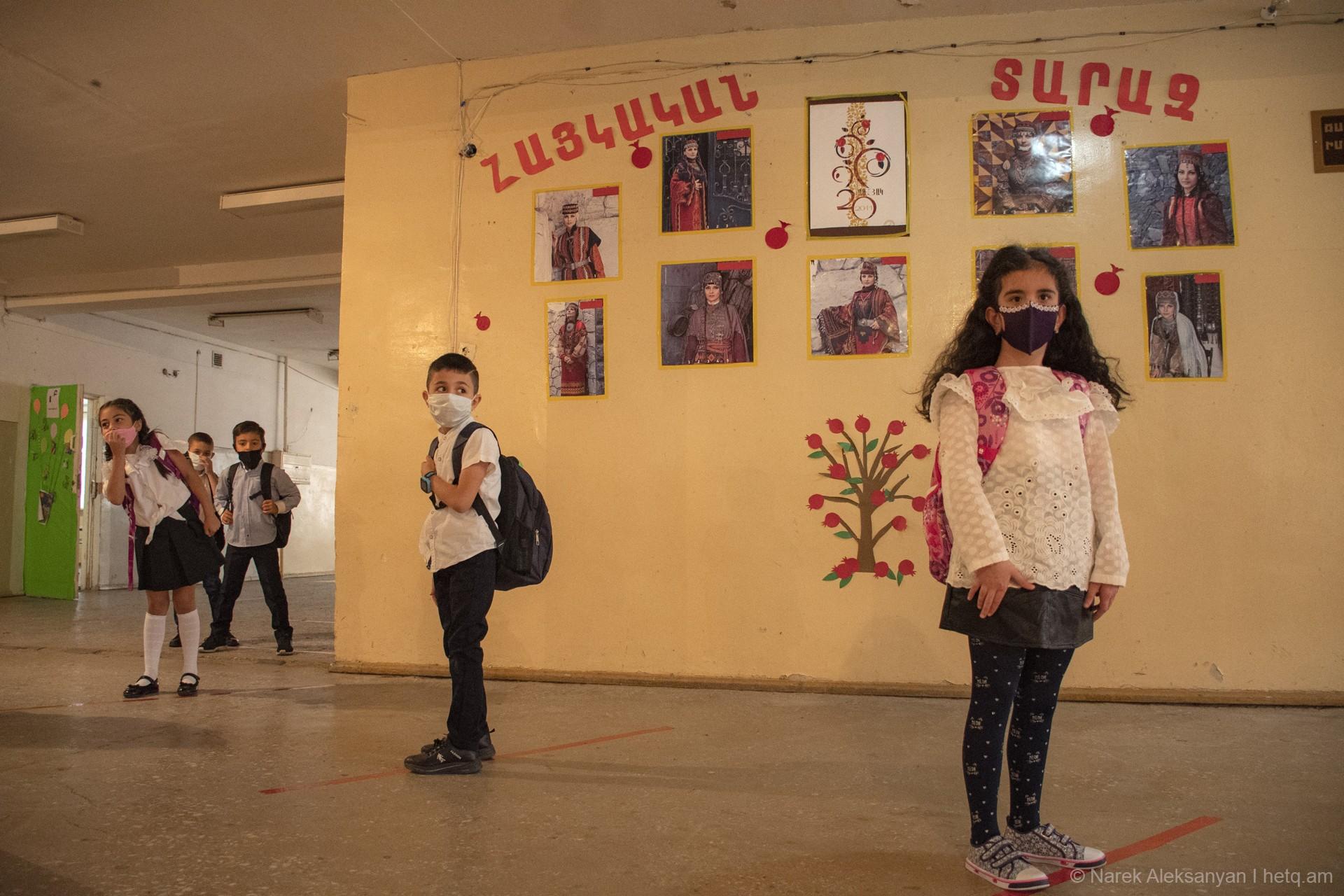 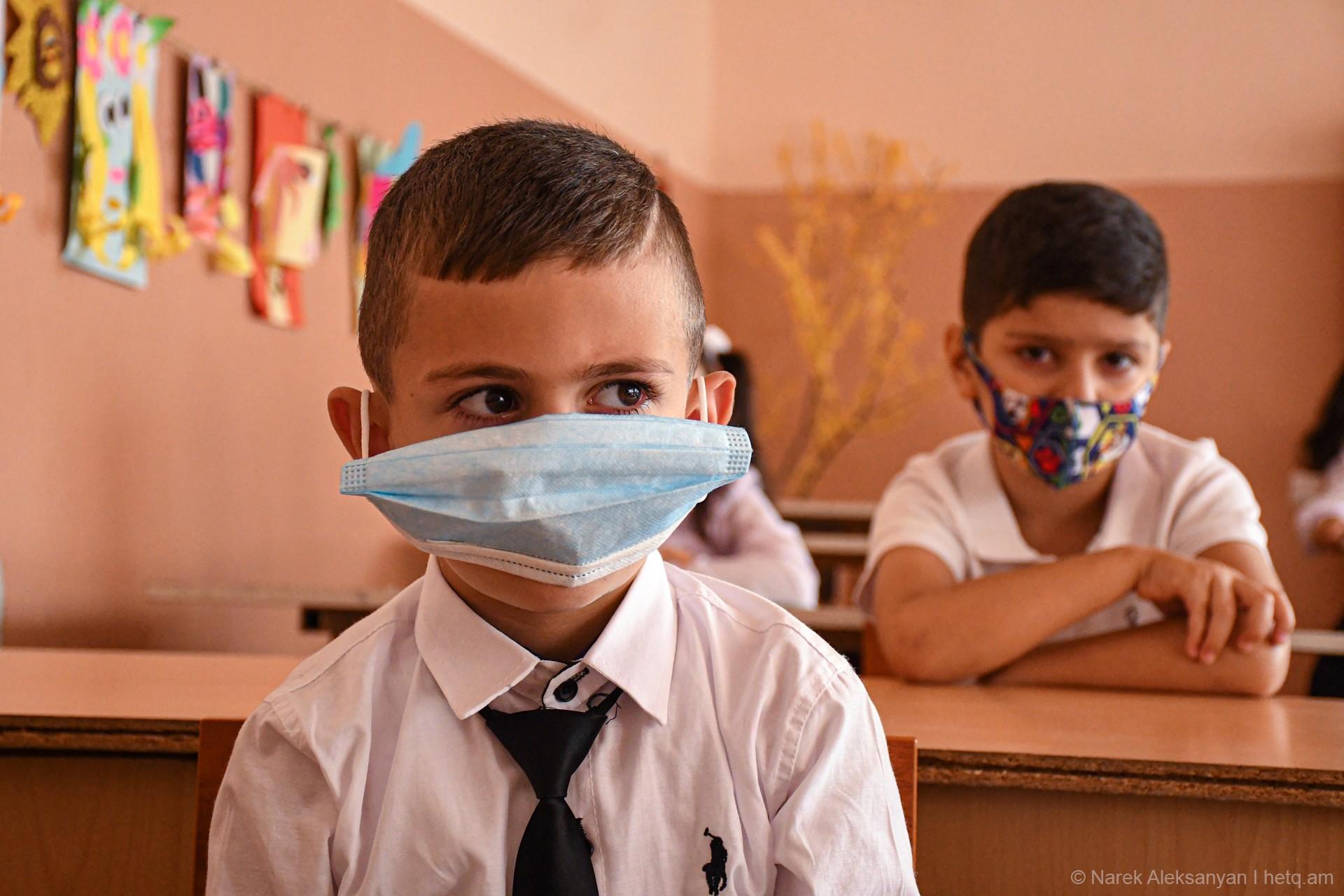 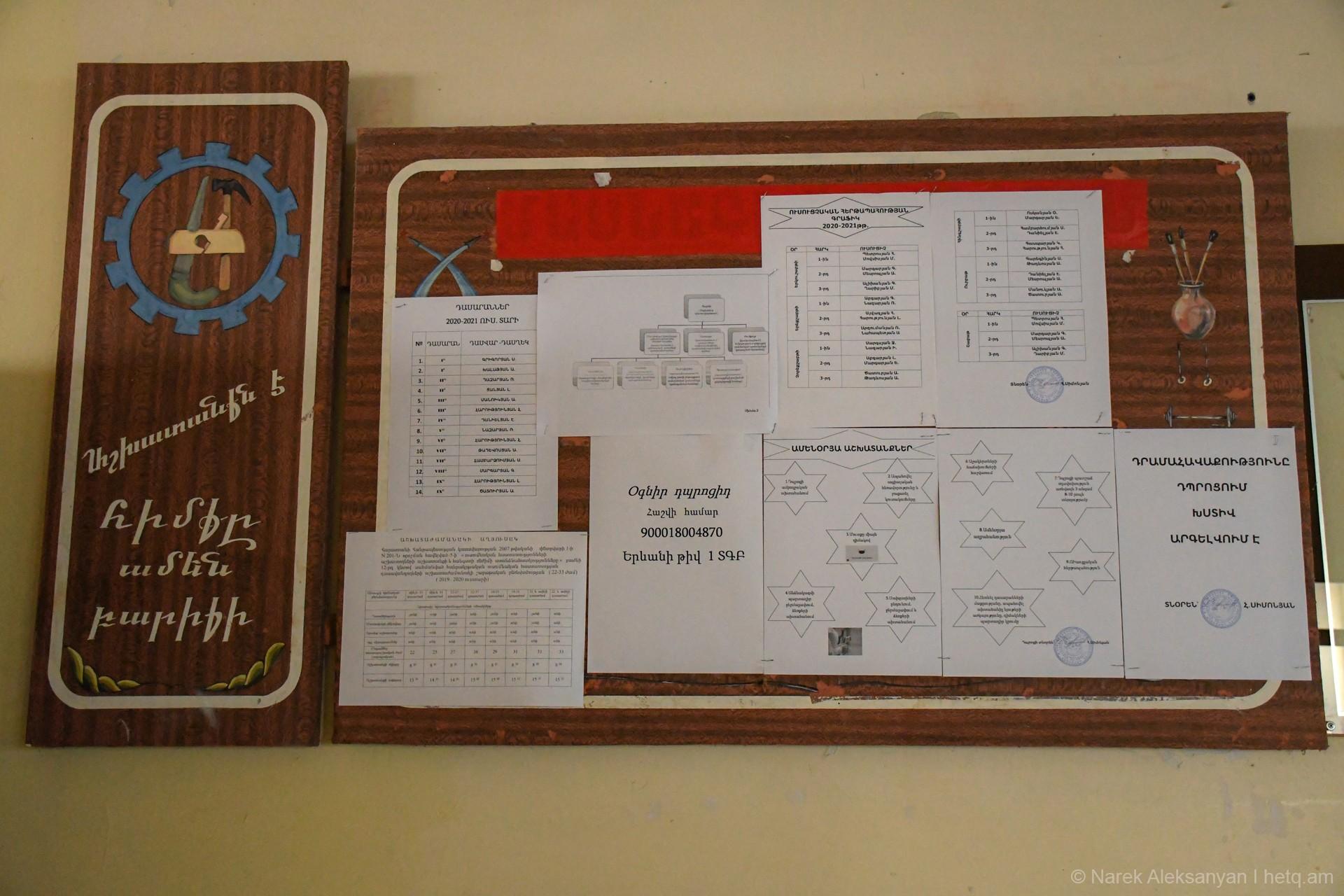 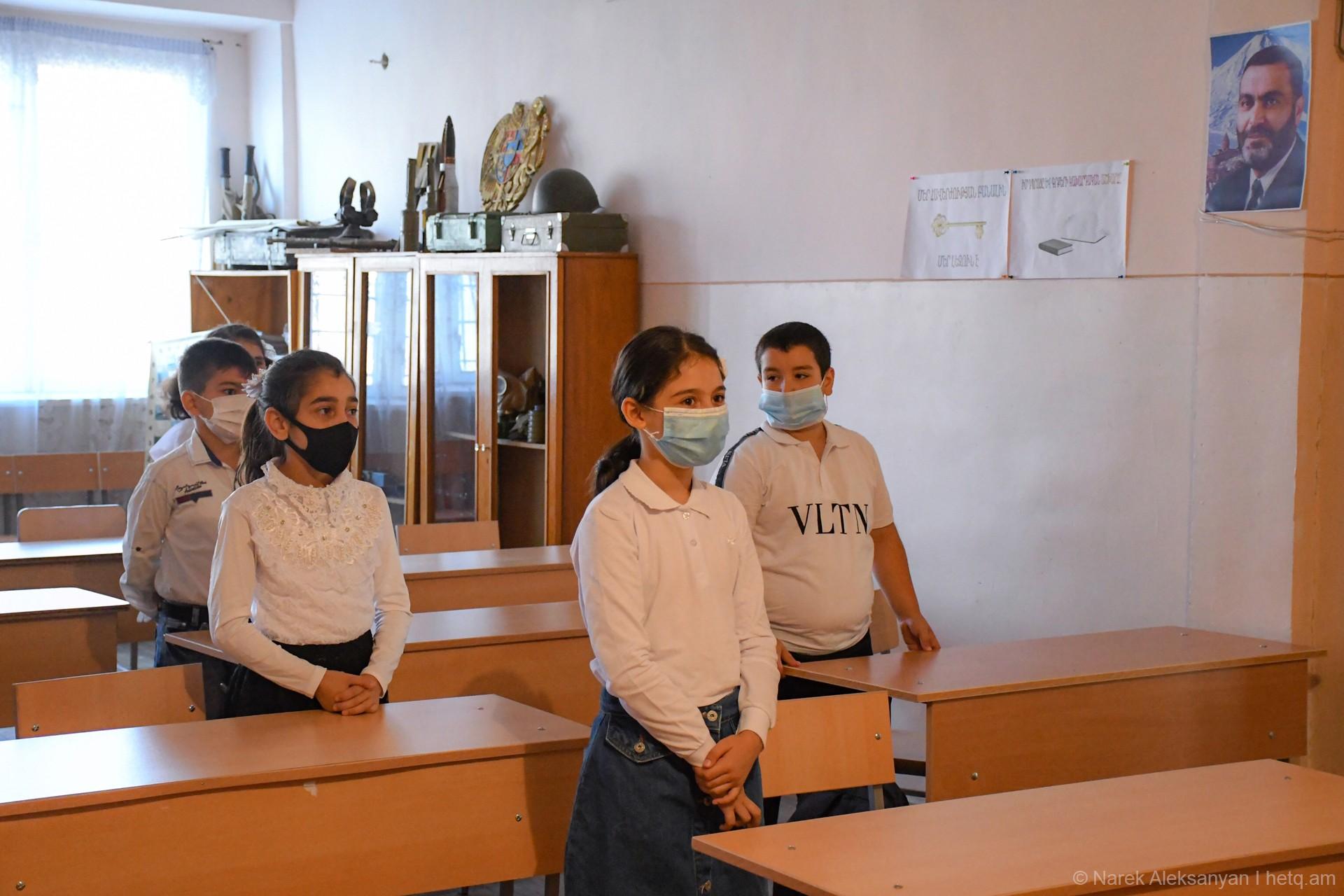 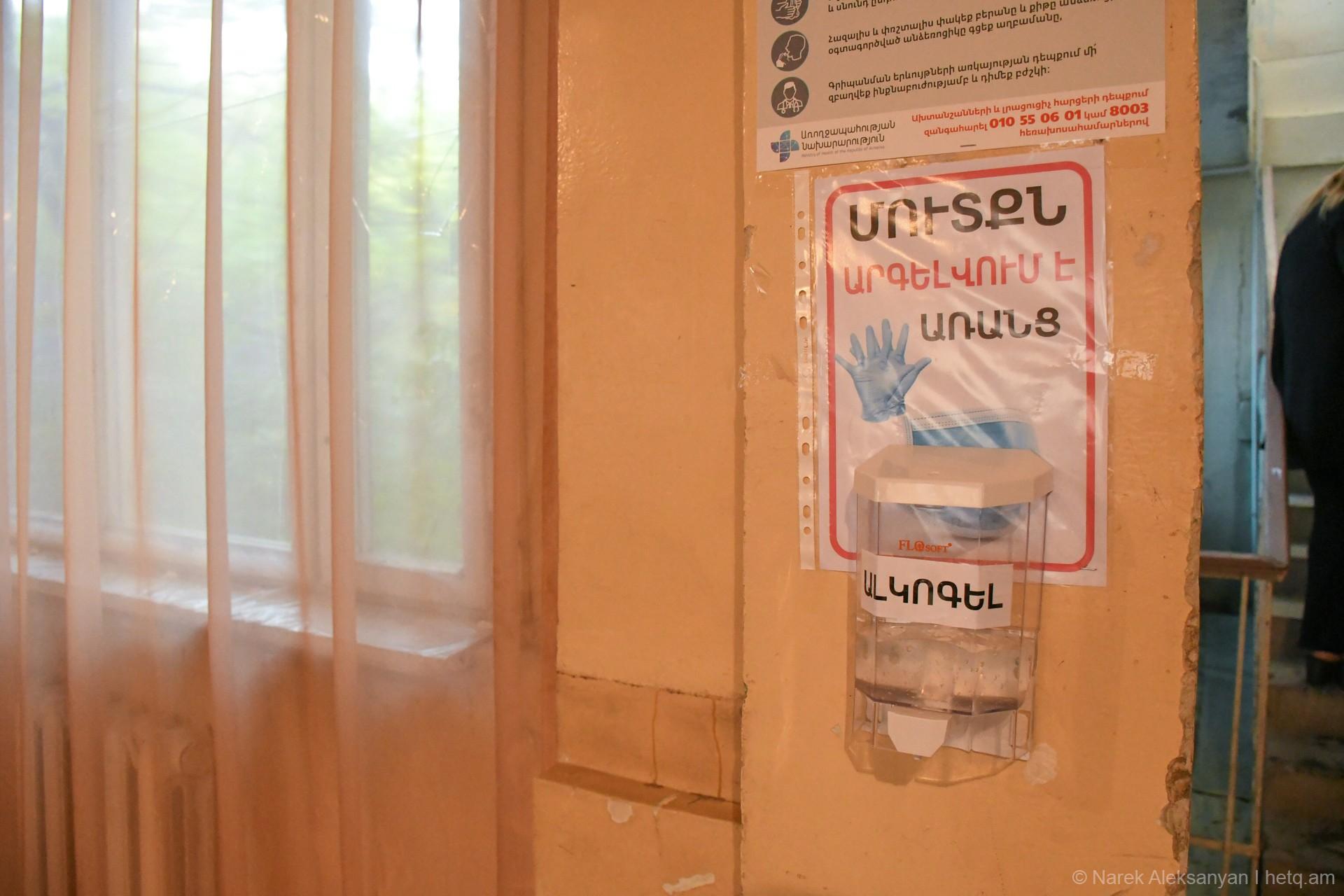 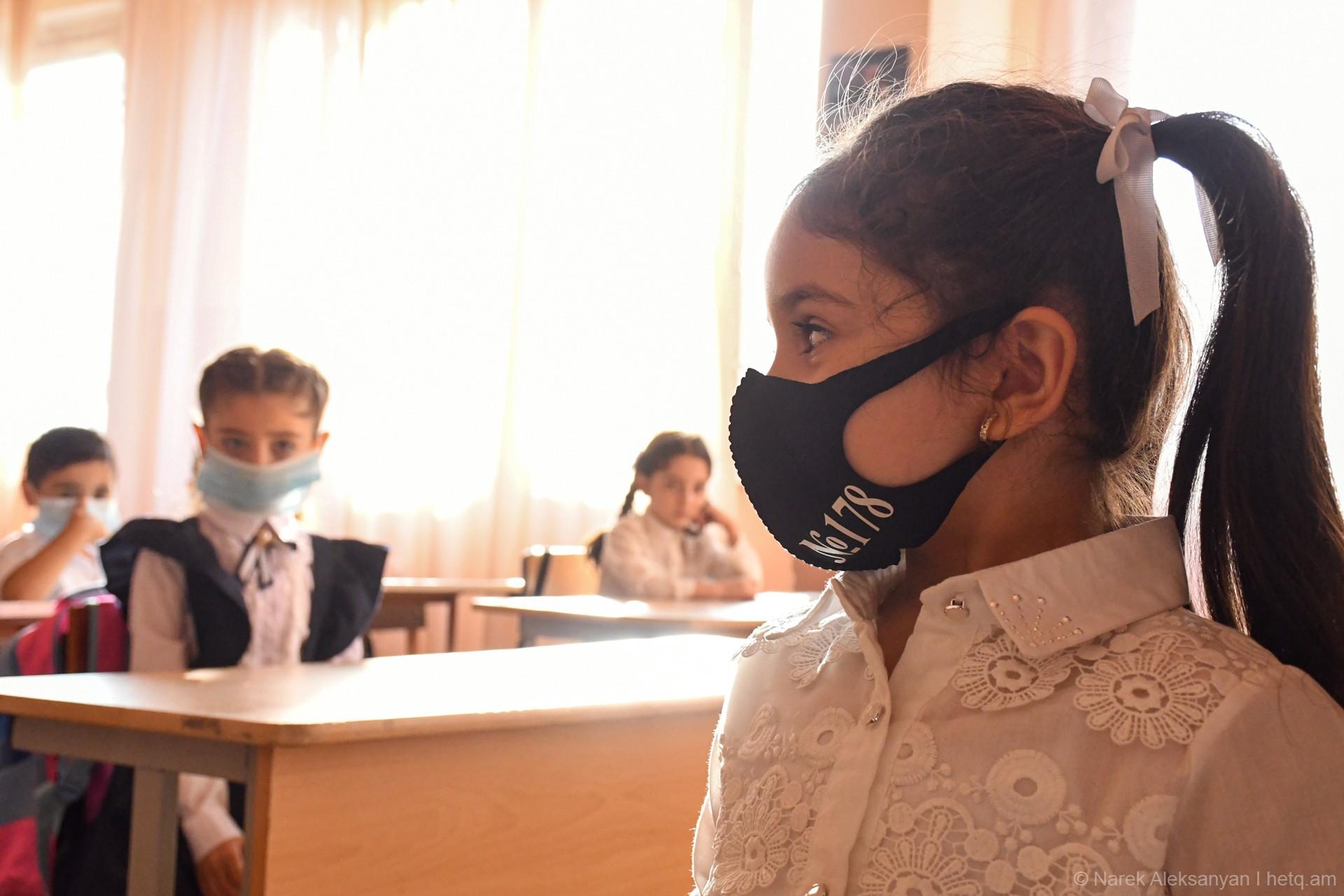