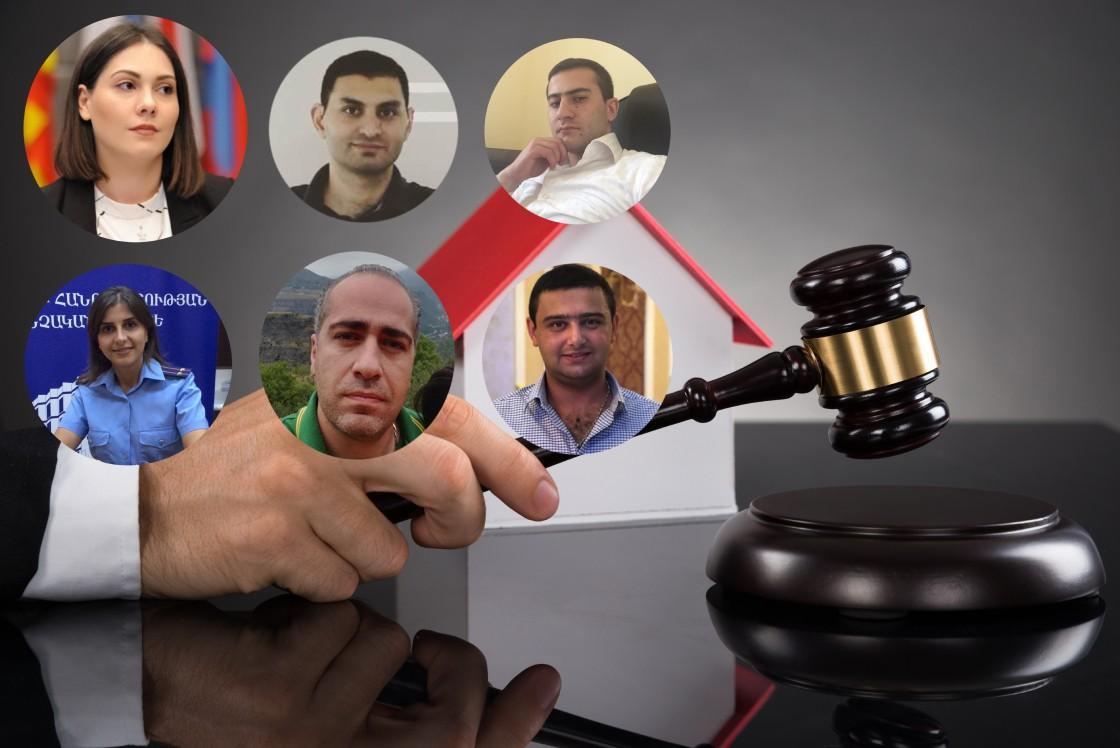 Scrutinizing the Prosecutors: The Assets of Officials Tasked with Confiscating Illegally Acquired Property in Armenia

The latest development in the ongoing fight against corruption in Armenia has been the creation of a separate unit in the Prosecutor General’s Office tasked with investigating the property holdings of officials and ascertaining whether illegally gained funds were used for their purchase.

The somewhat cumbersome name of this unit is the Department for Confiscation of Property of Illegal Origin. In short, assets which have not been acquired by lawful (declared and taxed) income and the income, products or produce generated by these assets.

For years, government officials had been obligated to file financial disclosures, but nothing was ever done when there was such a large discrepancy between their stated revenues (wages, interest, etc.) and their property holdings (assets).

The government of Prime Minister Nikol Pashinyan proposed the law, arguing that it would shed much-needed scrutiny on the financial activities of former government officials and to confiscate/nationalize illicit assets.

But what about those officials responsible for determining what assets should be confiscated? How transparent are they when it comes to their own assets?

Srbuhi Galyan serves as the deputy coordinator of confiscation activities at the Prosecutor General’s Office. But she shuns working openly with the media and does not explain how her husband amassed his cash and property holdings.

Prosecutor General Artur Davtyan appointed Galyan to the post on September 1, 2020. Prior to her appointment, Galyan held the position of Deputy Minister of Justice. 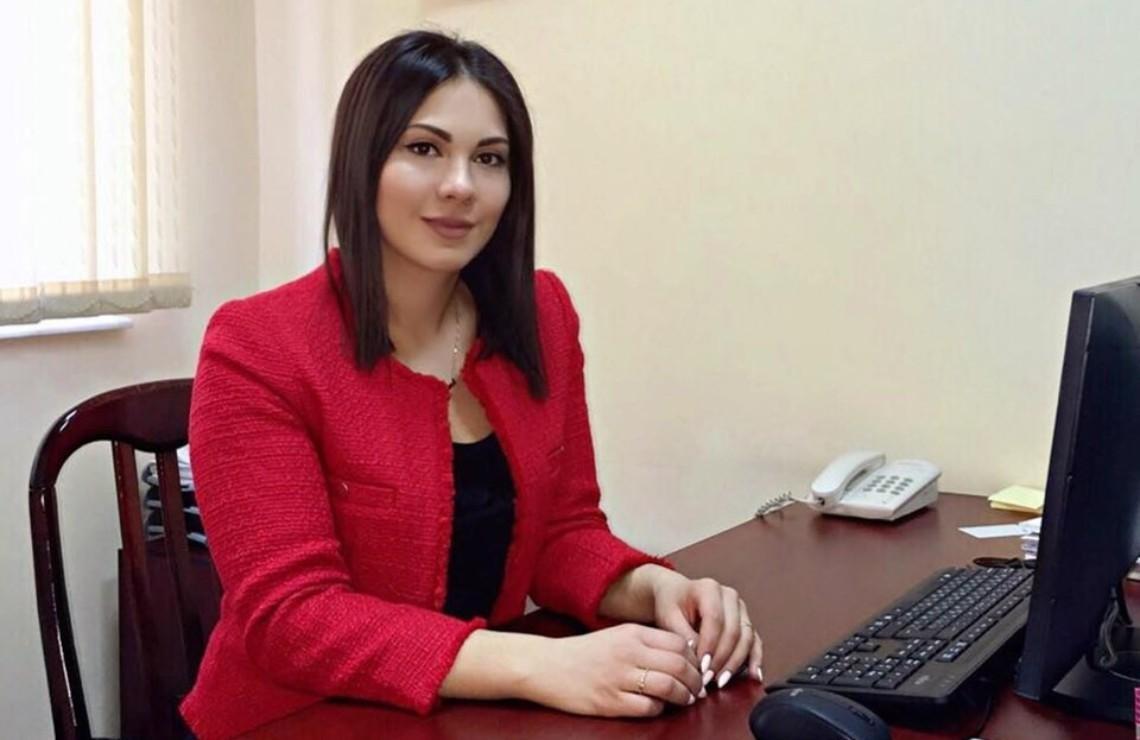 Srbuhi Galyan filed a property and income disclosure to the Commission for Prevention of Corruption. In her 2019 disclosure, when he was still deputy minister, Galyan declared 53.690 million AMD in income, of which 43.711 million were bank loans and the rest salary from several sources. Galyan also received a salary of 725 euros from the Council of Europe.

She also declared a co-owned apartment in Yerevan’s Kentron District, and a building in Dilijan.

Galyan’s husband, Petros Mkryan, declared his assets as well. In his 2019 disclosure, he declared 11.638 million drams as income. His salary, which he received from the General Department of State Protection of the Police, as well as from City Central LLC. Amounted to some 6 million drams. The rest is loans and "other income" received from the Ministry of Finance.

Petrov LLC was registered in the state register of legal entities in May 2018. The founder of the company is Petros Mkryan. He owns 100% of the company.

According to available data, the company has temporarily halted operations. The company was mainly engaged in renting its own or other leased real estate.

In 2014-2018, Mkryan acquired three different shares in companies, the names of which are non-disclosable data in the disclosure.

Mkryan also declared real estate. According to the disclosure, he has a 2004 Jeep purchased in 2014. He owns six units of real estate, all in Yerevan’s Kentron District - a plot of land, four apartments and a garage. Mkryan bought two of the   apartments, which are jointly owned, in 2019. The cost of one of the apartments was 117.6 million drams, the other – 206.4 million drams. The apartments were purchased from Loginvest CJSC.

Loginvest CJSC was founded in 2014. The director of the company is Artem Harutyunyan. According to the state register, the company used to be Sasoun Auto LLC.

Sasoun Auto LLC was founded in July 2010. 50% of the company belonged to Srbuhi Galyan's husband Petros Mkryan, and the other 50% to Narek Davtyan, the 24-year-old of the former adviser to former Prime Minister Hovik Abrahamyan - Hayk Davtyan was appointed to the position of Chief Adviser in 2014 by Hovik Abrahamyan and dismissed by the next prime minister, Karen Karapetyan, in April 2018.

According to the Register of Legal Entities, Petros Mkryan also has a stake in By the Best LLC. On July 15 of this year, another company in which he has an interest, Art Plaza CJSC, was registered.

Hetq contacted the Prosecutor General's Office (PGO) for clarifications on the disclosure filed by Srbuhi Galyan and her husband. Our questions were answered by the Public Relations Department of the PGO.

According to the clarification, S. Galyan's loan of 39.161 million drams, which she handed over to Address LLC, is a mortgage loan amount, which was transferred to the mentioned company in order to acquire the right to buy an apartment. The loan amount was obtained through a mortgage loan. The requirement to complete the disclosure stipulates that the amounts of such transactions be indicated in the "Transferred Loans" field.

We inquired about Mkryan’s ties with former officials and whether such ties might create a conflict of interest for his wife. We asked where Mkryan’s money had come from to buy all tat property and to make those loans. We asked about his connections to the companies he lent money to.

It is noteworthy that at the beginning of the letter it was mentioned that the answer was based on Srbuhi Galyan's explanation, but when it came to the property of the official's husband, the prosecutor's office considered it to be personal data that it  did not possess. In other words, it turns out that Srbuhi Galyan did not want to comment on her husband's transactions, connections and property.

“At the same time, we declare that there are no circumstances hindering Srbuhi Galyan’s unhindered work,” the PGO’s reply reads.

Here, a question arises. How will Srbuhi Galyan deal with the confiscation of other people's illegal property when she does not clarify the origin of her husband’s   property and avoids open and transparent work?

Siro Amirkhanyan: Head of the Department for the Confiscation of Property of Illegal Origin

Prosecutor General Arthur Davtyan appointed Siro Amirkhanyan Head of the Department for Confiscation of Property of Illegal Origin on September 3, 2020. 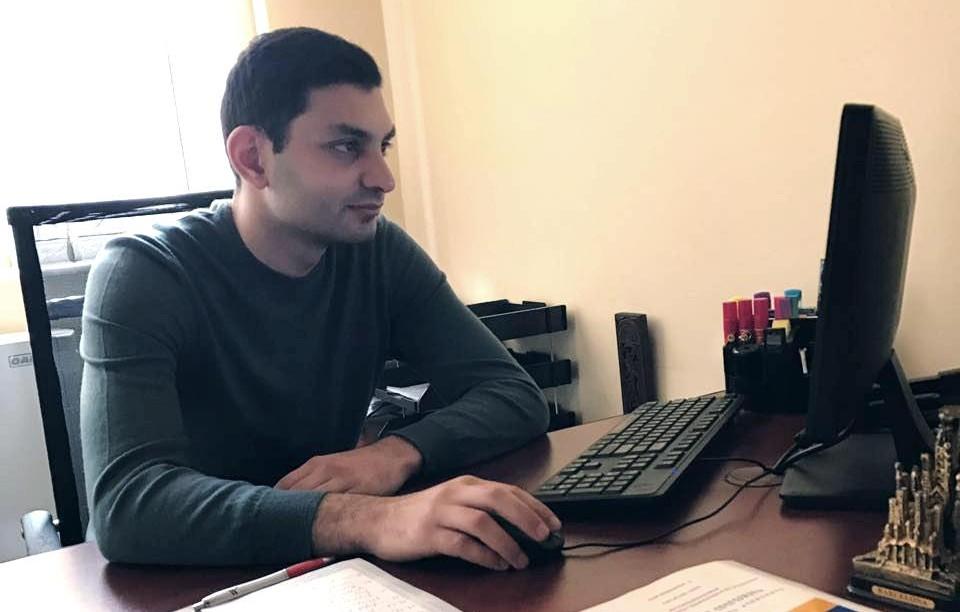 Amirkhanyan filed his 2019 property and income disclosure. He was the Prosecutor of Yerevan’s Erebuni-Nubarashen Administrative District as the time.

Amirkhanyan declared an income of 7.294 million drams, of which 2.944 million was his salary at the prosecutor's office. 4 million drams was the income he received from the sale of property, and the rest was a bank loan.

In contrast to this "modest" revenue inflow, Amirkhanyan declared 24.5 million   drams in cash and 1.039 million drams in his bank account. He also declared two cars – a 2017 Vaz and a 2014 Hyundai car. He purchased the latter in 2019 for 2.9 million drams. Amirkhanyan has a private house in Kotayk, of which he is the sole owner, which he received as a donation in 2017.

Siro Amirkhanyan's father, Hrach Amirkhanyan, works as a shift manager at Yerevan’s Zvartnots Airport. The father’s 2019 revenue amounted to 9.935 million drams, of which 3.275 million was his salary and 6 million was his income from the sale of natural products. The rest was his pension.

Hrach Amirkhanyan declared 30 million drams in cash for 2019, and 90,000 drams in his bank account. The official's father owns two cars, a Mercedes-Benz and a Toyota, which he purchased in 2010 and 2016, respectively.

When Yenokyan filed his 2019 disclosure, (SIS) he was a prosecutor in the Special Investigation Service, a department for overseeing the legality of pre-trial proceedings. 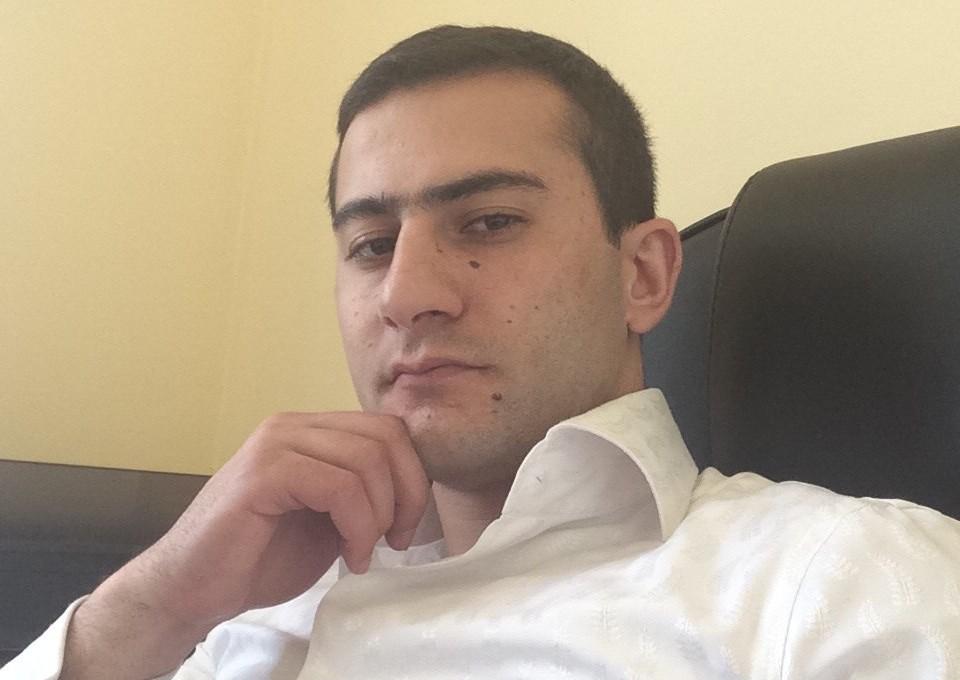 He declared income amounting to 7.813 million drams, of which 7.675 million was the salary he received from the prosecutor's office. He also declared cash holdings of 3.8 million drams, $9,000, and 1million Russian rubles. He had 226,000 drams in the bank.

As for the property, Tigran Yenokyan declared one car, a 2008 Toyota, which he bought in 2013. He had an apartment in the city of Sevan, which he sold in August 2019 for 3 million drams.

His wife, Karineh Karapetyan, works at Aviacompany Armenia LLC as a deputy director. Her 2019 income was 12.550 million drams, of which 7.230 million was salary. 320,000 drams was a bank loan, and 5 million drams was a donation from an 85-year-old Sevan resident.

Karapetyan also received 56,000 Russian rubles in assistance from the Russian Pension Fund. It should be noted that Tigran Yenokyan's two minor children are citizens of the Russian Federation.

Prior to her appointment to the position of Senior Prosecutor of the Office for Confiscation of Property of Illegal Origin, Ani Sargsyan worked as a Special Investigator for Special Assignments at the Investigative Committee. 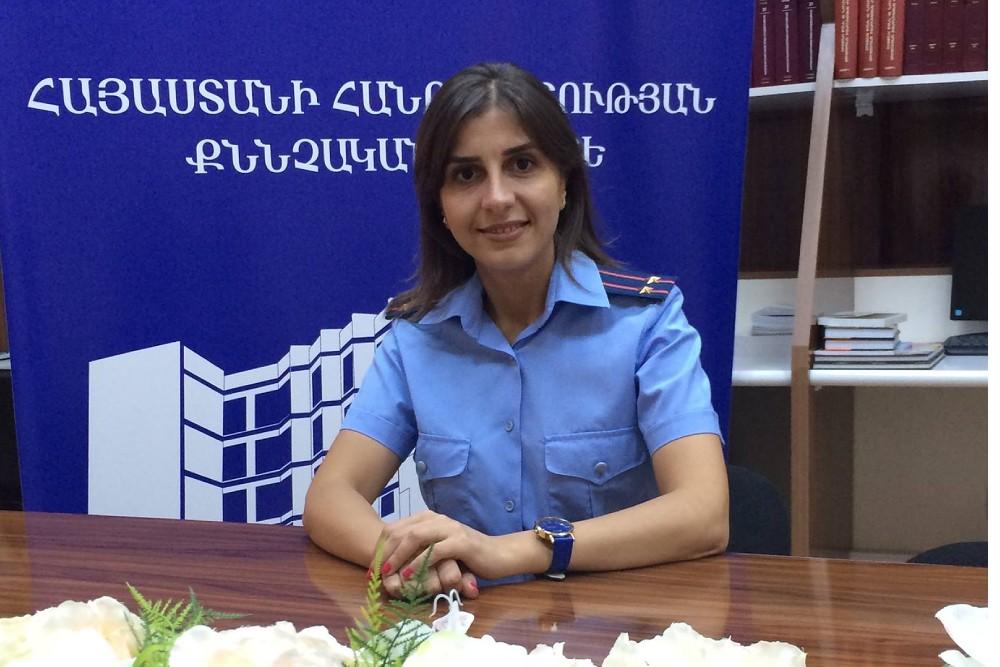 While serving in that position, she filed her 2019 financial disclosure to the Commission for the Prevention of Corruption. She declared an income of 27.833 million drams, of which her salary was only 4.550 million drams. She received this salary while working at the Investigative Committee, the Armenian-Russian University, and the Academy of Justice. She received some 45,000 drams from a civil contract. 218,000 drams was in interest from a loan she gave, and 23 million drams is a loan she received.

It should be noted that in 2019 she lent 26.536 million drams to Bidek LLC. The prosecutor's office clarified that the loan amount was a mortgage transferred to the developer to buy an apartment.

On January 16, 2019, Bidek LLC and Davit Sedrakyan (the son of former MP Mher Sedrakyan filed a application with the State Commission for the Protection of Economic Competition, stating that Sedrakyan wanted to acquire a 75% stake in Bidek, a wholly-owned company owned by Garnik Avetisyan. The company was registered in 2009 and is mainly engaged in construction. The Commission authorized the deal.

Prior to this appointment, George Kocharyan worked as a Prosecutor of the State Interests Protection Division of the Central Military Prosecutor's Office.

In his 2019 disclosure, Kocharyan declared an annual income of 7.708 million drams, of which 3.120 million came from business activities - from Urban Events LLC, from the Union of Drug Manufacturers-Importers, and from the Senior School Academic LLC. 750,000 drams was a bank loan. The rest was salary received from different sources.

Kocharyan’s wife, Gohar Allahverdyan, is an accountant at the Anatole France Educational Complex. She also worked at Trade Cosmetics LLC and at Yerevan’s Pushkin #8 Elementary School. She also received income School No. 8 after A. Pushkin. As a husband, she received income from her work at the Senior School Academic LLC.

Gohar Allahverdyan declared 3 units of real estate - one plot of land in Yerevan’s Davtashen District and one in Kotayk’s Nor Artamet village. She also owns an apartment in Davtashen, which she acquired through a donation.

Tigran Davtyan was an assistant judge before being appointed Prosecutor of the Department for Confiscation of Property of Illegal Origin.

According to the declaration of property and income as of the day of assuming that position (March 2, 2020), Davtyan had an income of 241,000 drams (this is the total income he received from January to the day he took office). The mentioned income is the salary received from the Yerevan Court of General Jurisdiction. 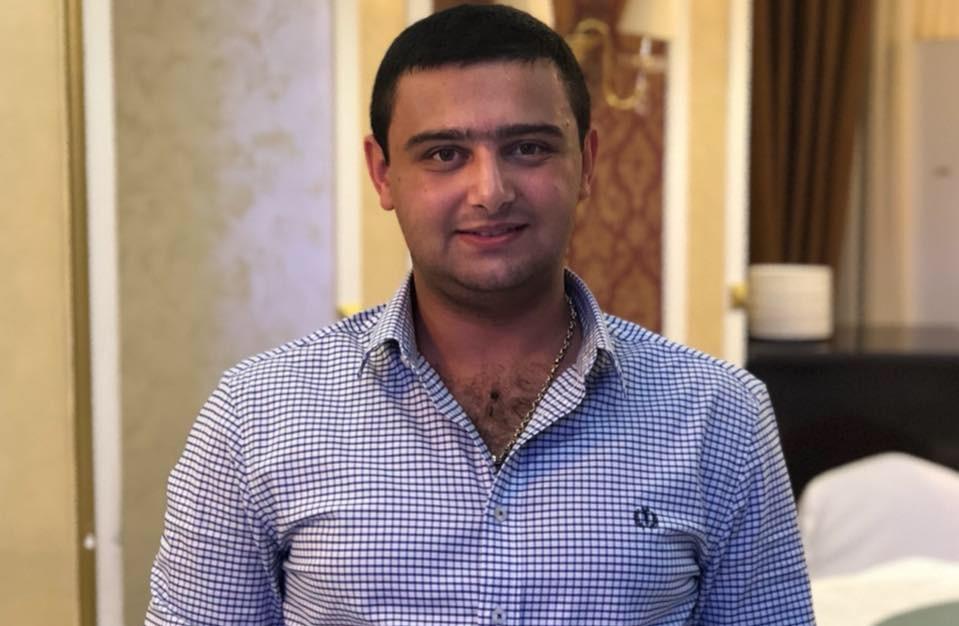 Davtyan purchased a 2015 Kia in 2019. He declared no real estate holdings.

Viken Froundjian 2020-09-23 20:42:17
Great work as usual. Obviously, you are not able at this point to make any judgment as to the legality of all these transactions, but it is interesting that a lot of the above mentioned people have received apartments as "gifts"...I wonder why no one does that to ordinary people.