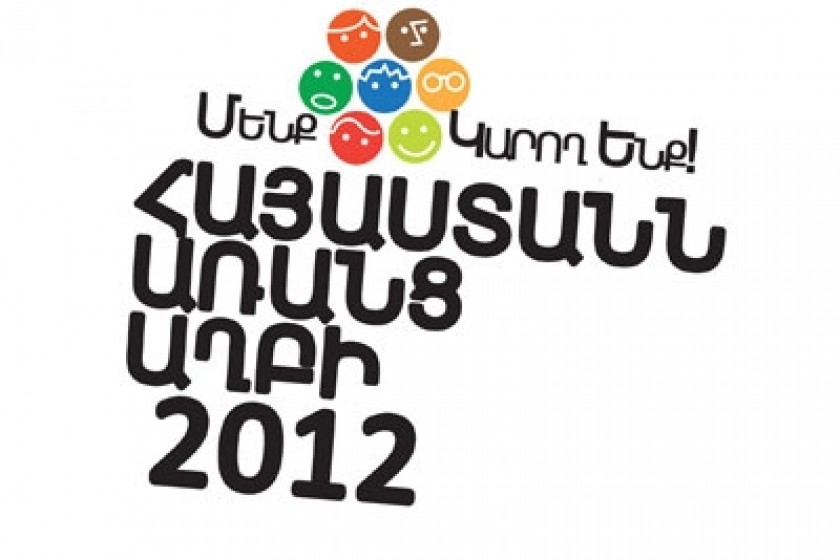 Let’s do It! Armenia: Volunteers Uniting in Country Cleanup

Launched as a response to Estonian idea, “Let’s Do It 2008!”, “Let’s Do It! Armenia” will motivate people to become actively involved in cleaning-up of Armenia.

“Let’s Do It 2008!” was a civic movement that started in 2008 in Estonia. On 3rd of May more than 50.000 volunteers picked up 10.000 tons of waste across Estonia and acted as a good example for other countries. A year after the first cleanup in Estonia, more than 2.4 million volunteers were involved in clean-up of 15 more countries.

Now Armenia is on board of the global action called “World Cleanup 2012” organized by “Let’s do it! World” with the aim to pick up illegal garbage and to raise people’s environmental awareness. In the framework of action the Young Biologists Association NGO, in collaboration with partners (such as WWF-Armenia, Armenian Tree Project, Aarhus Centers, DJ Vakcina, “Kanachastan” NGO “Tapan” eco-club NGO, Acopian Center for the Environment, Yeghvard Youth Environmental NGO, Life Colors environmental NGO etc.) will arrange the largest volunteer initiative called “Armenia Without Garbage”, which will start from 24 March to 25 September2012. Organizers call people and organizations from very different backgrounds to come together for a simple idea that is to clean up Armenia from garbage on 15 SEPTEMBER 2012.

Let’s clean up our country, let’s see Armenia Without Garbage!

Anna 2019-01-25 08:28:29
Related to the above, there is a great event taking place in NYC on June 6th, organized by Armenia Tree Project and Acopian Center for the Environment. See below: DID YOU KNOW that Armenians throw out more than one million tons of trash each year (350 kg of trash per person) and in certain areas, such as Margahovit, do not have proper waste dumps? DO YOUR PART on June 6th… Help us clean up Margahovit and institute a formal waste removal process as part of The ReGardening of Eden project. Purchase your tickets today! GO TO: www.RegardeningofEden.org
HARUT 2012-03-26 01:59:11
THE GARBAGE IS NOT THE PROBLEM IN ARMENIA. THE CLEANUP SHOULD INCLUDE GOVERNMENT OFFICIALS IN ALL LEVELS
Kar 2012-03-24 18:19:27
isk bnapahpanaqaxaqakan axbic?