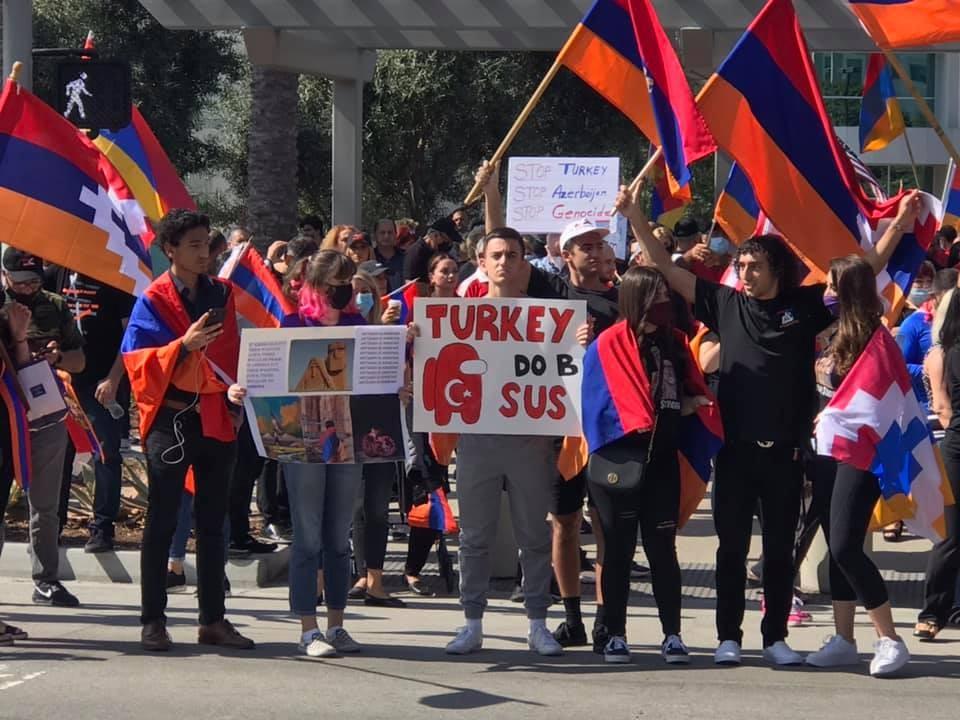 A group of American-Armenian activists staged a protest near the Carlsbad, California corporate headquarters of ViaSat yesterday, demanding that the company stop the sale of satellite communication equipment to Turkey.

In 2006, ViaSat was selected as the MIDS (Multifunctional Information Distribution System) tactical network terminal supplier for the Turkish Air Force.

The protesters voiced their ire that ViaSat products are being employed by the Azerbaijani military against Artsakh.

Discussions between the protesters and a company representative resulted in ViaSat announcing that it intends to suspend supplies to Turkey and will soon write to US government agencies, demanding an investigation as to how Turkey is using its technologies.

According to protest organizers, the ViaSat official expressed his condolences to the families of all the victims, condemned the use of weapons against the civilian population, insisting that the company was not aware that its products were used against civilians and to bomb hospitals.

"I am grateful for this peaceful demonstration. I hope that your voices will be heard and this terrorism, this genocide will stop. God bless you, my heart, my prayers are with you," ViaSat President Ken Peterman told protest organizers.

"ViaSat" will make an official announcement in the coming days.

Their demand was the same: to cancel military contracts with Turkey and to stop the supply of military technologies to Turkey. 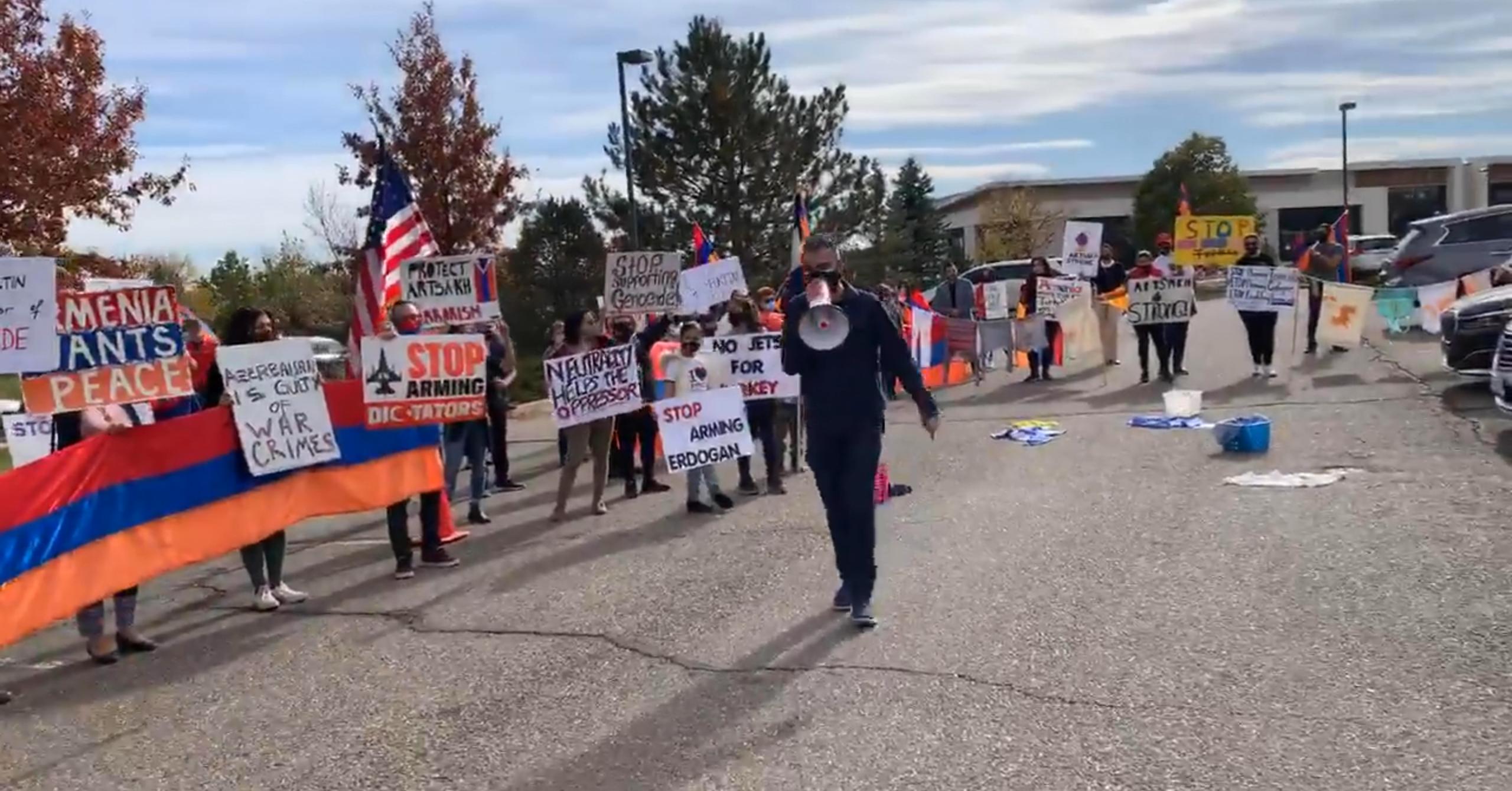 "We hope that the company will make a positive statement, it will show that they stand by us, they are against the bombing of the civilian population," said Louisville protester Tigran Muradyan

The protesters hung bloody clothes on ropes outside the Lockheed Martin building to represent the war crimes and violence against the civilian population of Artsakh.

Unlike ViaSat, no representative from Lockheed Martin met with the protesters. The company has not yet made an official statement or position.

It should be noted that American-Armenian protests have resulted in the law firm DLA Piper and the lobbyists The Livingston Group from dropping Azerbaijan as a client.