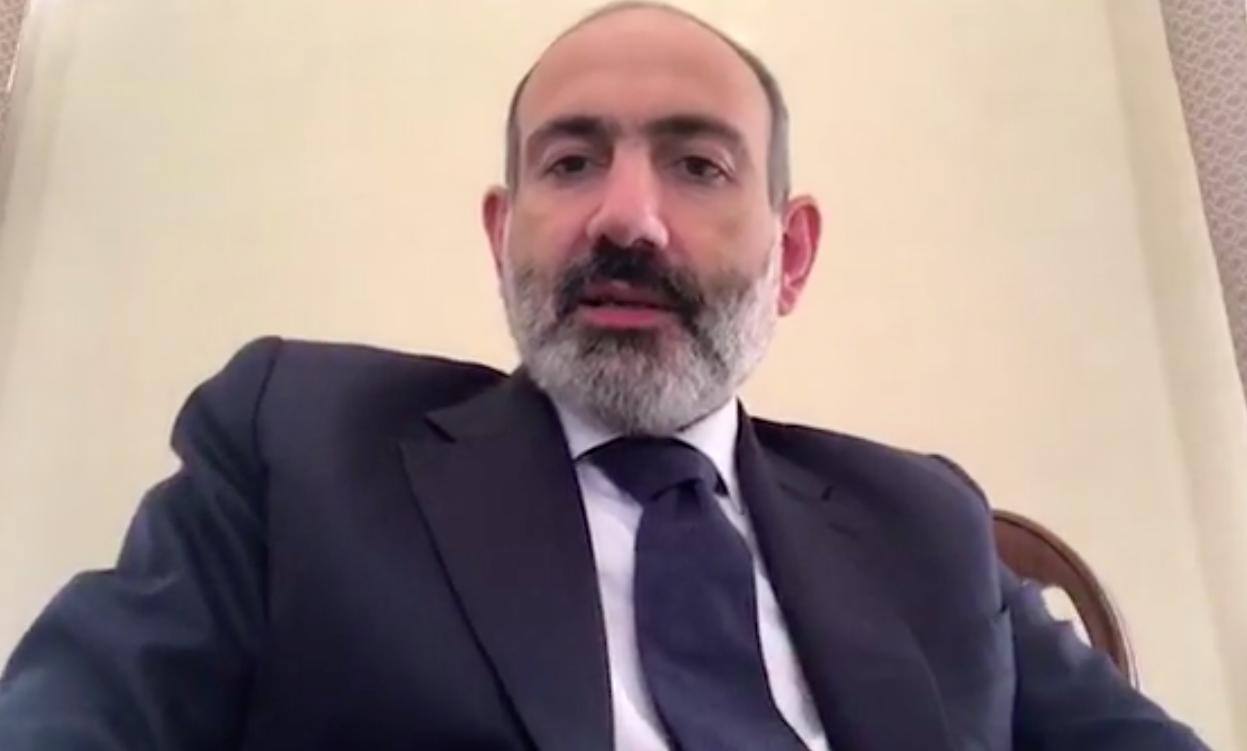 Pashinyan Justifies Decision to End the War: "We'd be in a worse situation today"

Armenian Prime Minister Nikol Pashinyan, in a live address to the nation today, confessed that mistakes had been made in the negotiations process regarding the Karabakh conflict settlement.

He said that after assuming the post of prime minister there was one option left to settle the conflict – the return of five “liberated” territories, without a final status on Nagorno Karabakh proper, or going to war.

Pashinyan said he made no public announcement on the matter, believing that changes could be made but that such efforts failed.

“There was no option. There was a thesis that existed throughout the entire history of the negotiations, and its was a hardened reality,” said Pashinyan.

He said that had he presented the following choice to the people, hand over territories or go to war, the latter would have been selected, adding that he also made the same choice.

The situation was the same before the war, when they received signs of what was about to happen.

Pashinyan said he made no public announcement about this because he believed they could fight for the rights of the people of Artsakh.

He said that the first days of the war were successful for Armenia, but that later developments proved they still faced the same choice – the return of five territories without the status of Nagorno Karabakh being finalized.

The Armenian government, according to Pashinyan, decided to end the war when it realized that it was impossible to turn the tide on the battlefield.

"The problem we faced was to avoid the worst. Witnessing the situation we’re in today, we can retrospectively say that if we had agreed to that resolution a year ago, we would have been in a better situation than we have today. This is the truth, but who in Armenia would have believed that was the right way. I can say very few people, including me," said Pashinyan.

The Armenian PM said he realizes his mistake in this regard and carries the burden of being responsible for it, adding that now the priority is the strengthening of Armenia and Artsakh.

"We fell, but we did not kneel. We stood until the end and then made a decision not to fall into the abyss. This was a painful decision, but a necessary and inevitable one. If that decision had not been made, our situation would have been much worse," said Pashinyan.