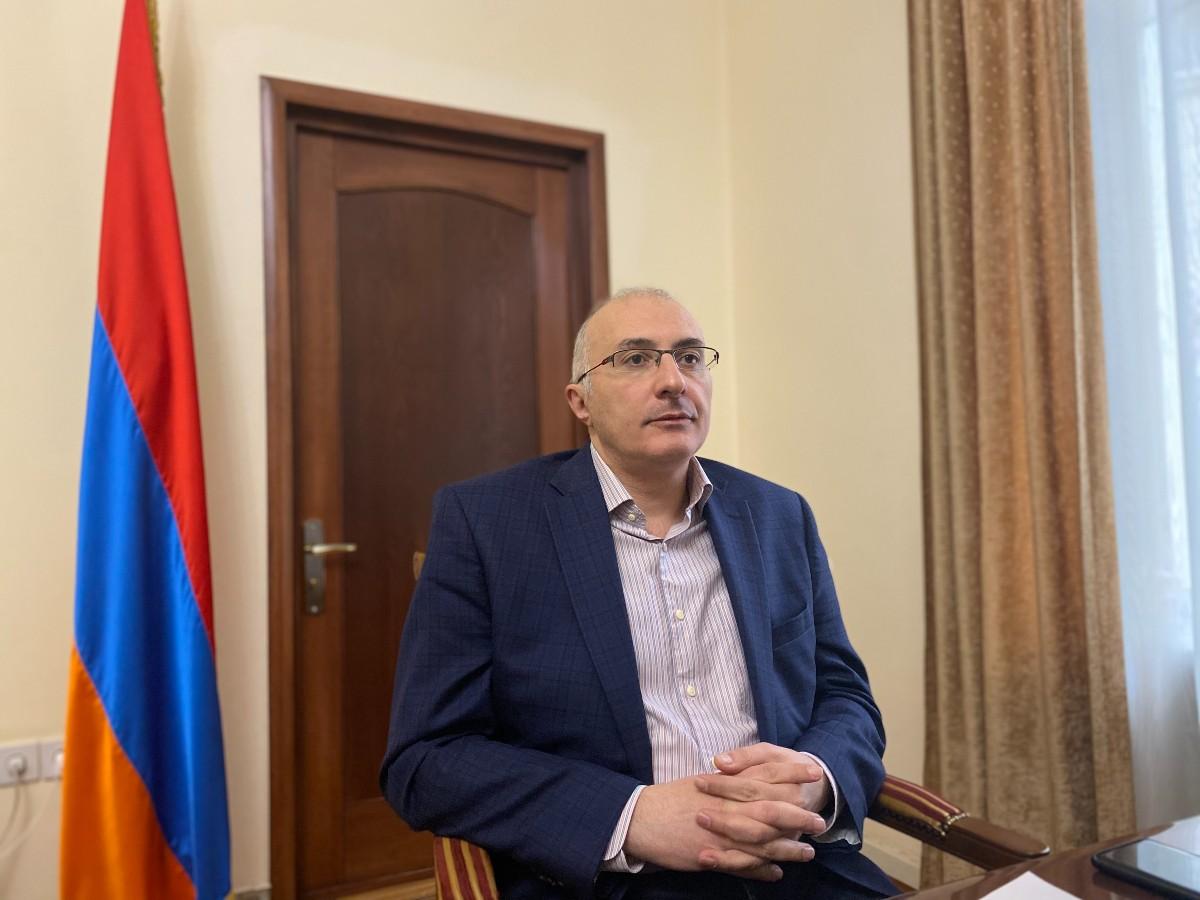 On September 27, the Hayastan All-Armenian Fund launched a nationwide fundraising campaign in support of Artsakh. "We are our borders. All for Artsakh $ 170 million has already been raised within the framework of the fundraiser.

Hayastan All Armenian Fund Director Haykak Arshamyan fielded questions from reporters today in Yerevan regarding the $170 million raised for Artsakh.

Yesterday, National Assembly Deputy Prime Minister Mher Grigoryan reported that some of the money had already been spent, and the remainder allocated to the government.

“Let's not talk about the amount of money at this moment, until the fund is audited,” Arshamyan told reporters, adding that the Fund didn’t have the manpower or resources to make the necessary large-scale procurements immediately needed.

“It was a matter of time. We were not going to make it, because if we had to have X-ray machines, ambulances to transport the wounded, to operate, it was impossible to organize it quickly with our means,” he said.

When asked what was purchased with the money transferred to the government, Arshamyan said it went towards the refugee problem and healthcare.

“Imagine, the state had to cut some money from the healthcare system for the war, take it for other needs. But since the fund gave money to the state, the state was able to keep those systems,” he said.

Arshamyan said that donations have slowed down since the signing of the ceasefire declaration on November 10.

When asked how much of the money donated to the Fund’s “We are our borders” Artsakh program has been spent to date, Arshamyan said he couldn’t give a specific figure.

“I cannot give the number, but we still have a large part of that amount in our accounts. Our local authorities are still raising money and have a lot of money in their accounts.”

“They have built portable charging stations, which are powered by natural energy. Now we have an order from the Artsakh government to buy generators again, because if we buy big diesel generators, we can supply electricity to up to 100 houses. There is a real need for that because the infrastructure in Artsakh is completely damaged.”

Arshamyan said it is impossible to calculate how much money is needed to meet the current needs of Artsakh.

“Now, those calculations are being made by the Artsakh government. Every day I receive letters from the Artsakh State Minister asking them to make purchases to meet specific needs. Those needs are so great. I think the fund should close the gaps that the Artsakh government will not be able to close. This is a force majeure situation. Urgent solutions will be needed.”

Arshamyan concluded by saying that the Fund is committed to providing benefits, basic necessities to both Artsakh residents in Armenia and those returning to Artsakh.

“Our focus will be directly on supporting the victims of the war, the wounded, and their families in every way possible,” he said.

Ani Kerestedjian 2020-11-21 14:58:33
Where are the receipts please , also we have to know where every. $1 is going and what more is needed in what amount of time
this fund is a scam, run by thieves. my personal example 2020-11-21 07:41:58
"Let's not talk about the amount of money at this moment, until the fund is audited,” Arshamyan told reporters, adding that the Fund didn’t have the manpower or resources to make the necessary large-scale procurements immediately needed. " ...no manpower? why? are you also gambling online with that money, like the previous criminal director did, and who was not punished, but should have been hanged in public. And you arshamyan low-life you were selected by british vassal president sarkissian who is aiming, (god forbid) to oust and replace criminal pashinyan, weren't you.? This fund was a scam and will always remain a scam. I must disclose this. I know of 2 doctors, from my extended family in Los Angeles. As soon as the israeli-turkish-azerbaijani-jehadi terrorists aggression started, these doctors went into action. They have spent days and days on the internet and selected and bought all kinds of medical supplies, instruments, and equipment necessary to treat trauma conditions. ( one of them was a small special scan to diagnose internal bleeding, to operate in the field,). They spent thousands of dollars from their own money for these supplies. They have called the local LA number for Armenian Fund, to offer them these supplies, and only one time somebody answered, said we have no place, we'll call you. Because time was of the essence, right in the middle of the war, these doctors said screw you, they send the supplies with regular air which cost them thousands of unnecessary dollars. So far they sent 2 loads, with regular air, each load fills the back of a small truck. They were able to send the third load with someone traveling to Armenia, they sent 8 full baggages with him which cost them thousands of dollars again. There is still one load sitting in their house, they tried calling again Criminelia Fund in LA, and nobody is answering the tel., not even returning messages. They will be obligated to send this fourth load again by regular air on their own money. Needless to say they are extremely disappointed, angry. From the beginning i told them don't send anything, these are criminals, these supplies will never reach the targeted victims, but they didn't listen to me. Once these supplies are delivered to yerevan airport, supposedly there is a designated government person who will take charge, but nobody knows what happens to them, if they ever get distributed and used quickly. I am pretty certain that the customs criminals will steal some or all. Here is the kicker, if one calls Criminelia Fund and says I have a cheque for say $50,000, i guarantee you somebody will immediately show up and will gobble up the money. Despicable criminals all of them in LA, and in Armenia, everywhere.
գօհար 2020-11-19 18:44:15
Սև հումորի շարքից։ Դժգոհող հայրենադարձվածին տանում են գնդակահարեն ։ Կրակում են դատարկ զենքով ։ Մարդը թե՝" Փամփուշտ ալ չունիք՞"։ Գազօջախ, լամպեր և այլն չկար պատերազմական սպառնալիքի տակ ապրող Հայաստանում ։ Ցավալի է։