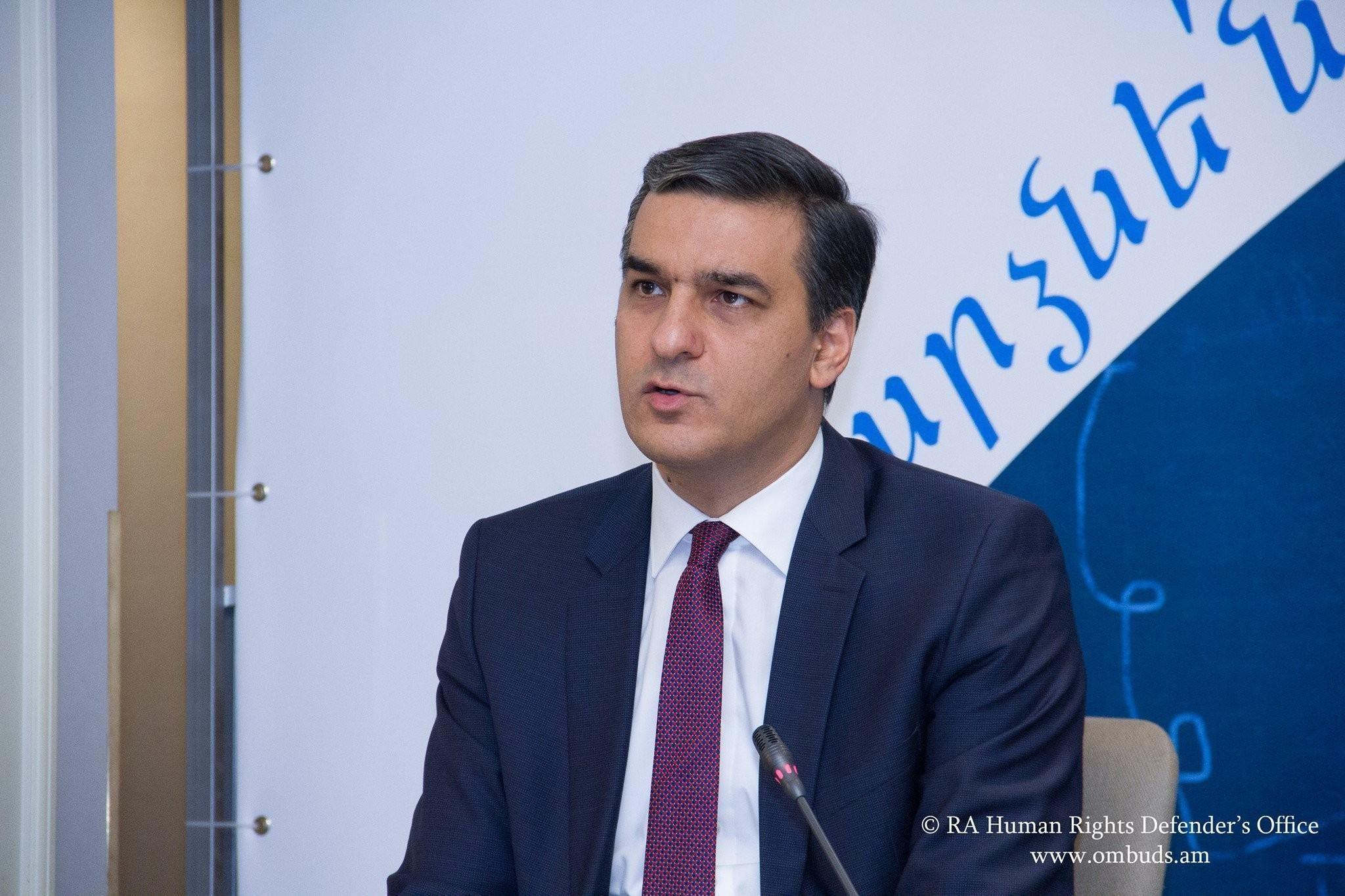 The Human Rights Defender of Armenia calls upon the international community, and in particular the international organizations on human rights to focus on the issue of Azerbaijani authorities artificially protracting the process of exchange of bodies and captives, which has been the case during the military activities, and continues now after the completion of military actions.

It is obvious, that Azerbaijan aims at creating an atmosphere of uncertainty and tension in the Armenian society, disrupt the mental immunity, cause psychological/mental suffering to the family members of the deceased soldiers and prisoners of war.

The observations of the Human Rights Defender of Armenia prove that such treatment is a result of the organized and disseminated hatred, as an inseparable systematically applied policy of torture and inhuman treatment.

In particular, the Human Rights Defender has repeatedly stated that starting from September 27, 2020, the military attacks by the Azerbaijani military forces against Armenia and Artsakh have been accompanied by torture and inhuman treatment, massive  destruction of the civilian settlements, and other gross violations of human rights, which took place also with the help of the jihadist mercenaries and terrorists along with the dissemination of hatred.

During the whole duration of the military activities, as well as after the completion of those activities, the mass media, particularly the Azeri social media sources ceaselessly publish videos and photos, which depict the degrading treatment by Azeri military forces of the Armenian soldiers’ bodies, torture and degrading treatment of the captives, both civilians and military.

The aforementioned is being accompanied by delightful comments and glorification from Azeris (the evidence to this is recorded). This has been an inseparable part of the methods applied by Azerbaijan during September-November 2020 war.

During the whole duration of the war activities it has been obvious that the Azeri authorities endorse/promote these cruelties and degrading treatment, having an objective of instigating hatred and hostility in Azerbaijan against ethnic Armenians, glorifying those who commit these atrocities.

The results of the investigations of the Human Rights Defender affirm that these vicious events, which are beyond any human imagination and  against all international requirements, have systematic and well-spread nature,  starting from Azerbaijani political authorities and ending with cultural and sport figures. The Human Rights Defender possesses all necessary evidence, which attest to these facts.

After completion of the military activities the torture and inhuman treatment of the Armenian prisoners of war/captives by Azeri military forces have taken a new spin: the number and volume, as well as the level of cruelty have significantly increased. It is obvious that those who commit the torture and cruelties, as well as those who take videos are the representatives of the Azerbaijani military forces, whose activities are endorsed by their leadership.

In the current circumstance, the liberation/release of the captives, their safe return, the exchange of bodies have become an urgent matter, requiring immediate resolution.

Therefore, I call upon the international community, in particular the organizations, which have a mandate to protect human rights: It is an urgent necessity to resolve this issue with all the means possible and by real actions to release the people from the most atrocious war crimes  and inhuman captivity.