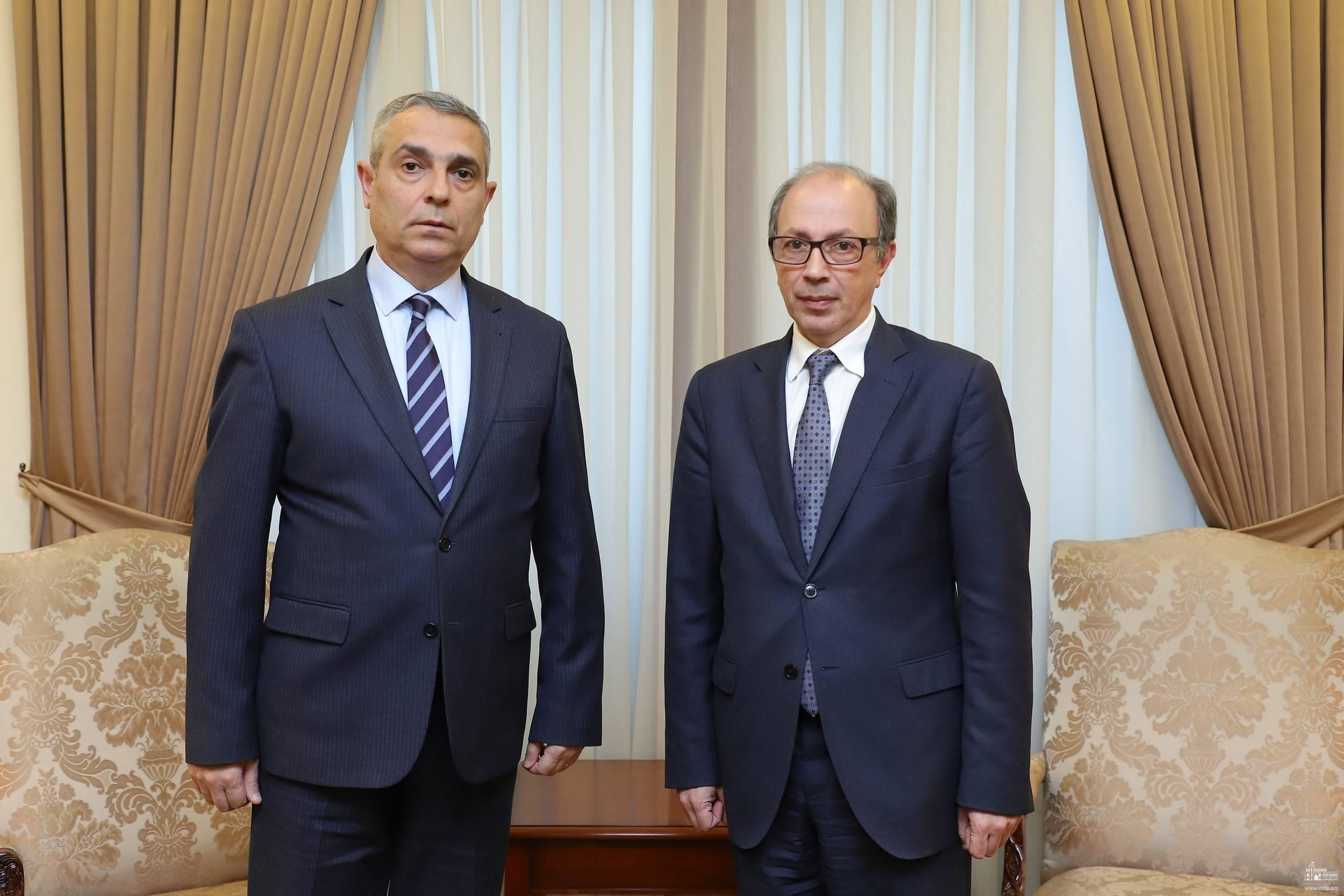 Mayilian again congratulated Ara Aivazian on his appointment as Foreign Minister of the Republic of Armenia, expressing confidence that through the coordinated efforts of the two ministries it will be possible, in the current difficult circumstances, to find effective solutions to the complex challenges facing the two Armenian states and to achieve the pan-Armenian goals.

The ministers touched upon the prospects of the Azerbaijan-Karabakh conflict settlement process. The ministers also discussed the steps taken to retrieve from the areas of recent fighting the bodies of Armenian servicemen fallen as a result of the aggression against the Republic of Artsakh, to clarify the fate of the missing persons and to release the prisoners of war and hostages.