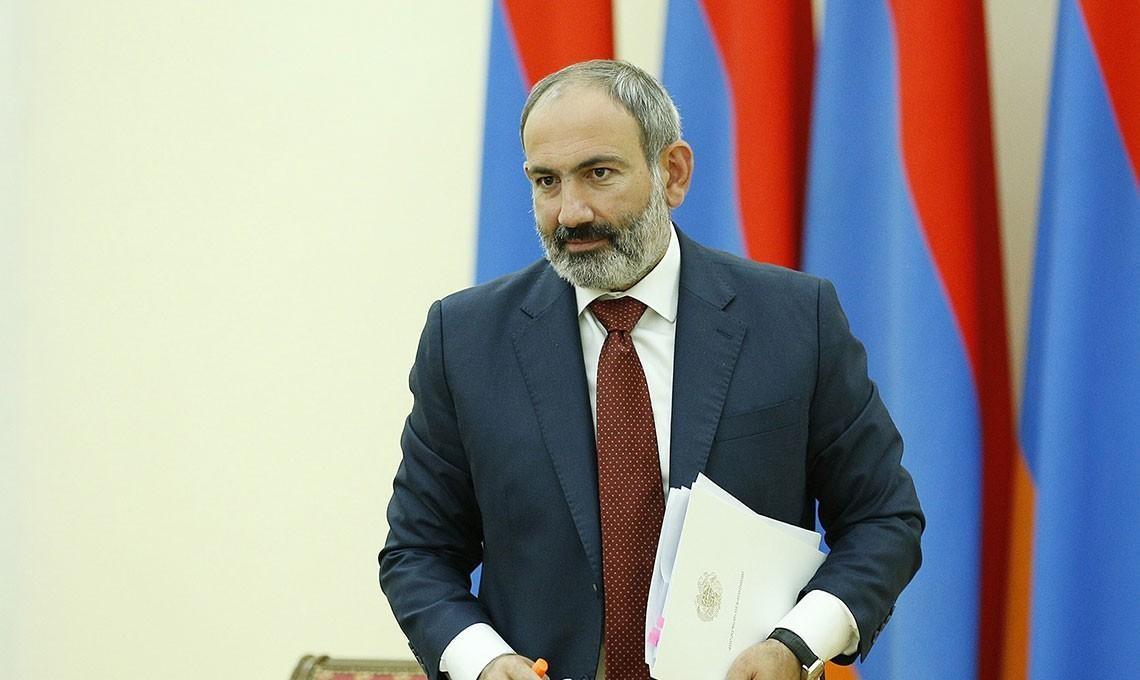 Armenian Prime Minister Nikol Pashinyan today posted the following on his Facebook page, presenting his account of behind-the-scenes negotiations to end the recent war in Artsakh.

On October 19, Artsakh President Arayik Harutyunyan called me and said that the war should be stopped. He also said that he’s conveying this on behalf of former NKR presidents Arkady Ghukasyan, Bako Sahakyan, as well as Robert Kocharyan, Serzh Sargsyan and Levon Ter-Petrosyan.

I called Russian President Vladimir Putin and he said that he thought it should be done by the logic of Russian proposals. That is, postponing the status issue, handing over the regions, deploying Russian peacekeepers. I said that the peacekeepers should be deployed along the former NKAO border and the Lachin corridor. He agreed and we agreed that I would call again after the discussions.

I called the President of Artsakh and said that the possible option is the one described above. He said he agreed. After that, I called the extra-parliamentary forces and informed them that I had made such a decision. Many expressed an unwillingness to go along. Some wrote, on social networks after the session, that those who would keep the people from further struggle are traitors and so on.

On the same day I convened a sitting of the Security Council with the participation of the representatives of the NA factions. The President of the Republic and His Holiness were also present. The opposition reluctantly accepted the news, but I steered the conversation in such a way that I was not going to put any responsibility on them. I just wanted to inform them in advance, that I was doing anything secretly, behind the people’s backs.

I couldn’t make any public statement, because if Azerbaijan rejected the offer after my public statement, it would signal the collapse of our entire system of resistance. I called the Russian president again and said that I agreed. He said he would discuss it with Aliyev and call back.

The next day, during a meeting with me, Bako Sahakyan and Arkady Ghukasyan said that they wouldn’t agree to any agreement without clarifying the status of Artsakh or any clarification mechanism. Essentially, they were also talking on behalf of R. Kocharyan, S. Sargsyan and L.Ter-Petrosyan.

But all this did not matter. I had made the decision and was prepared to see it thorough.

The next day, the Russian president called saying that Aliyev had agreed, but that the peacekeepers should not be deployed along the NKAO borders since Hadrut and Talish are under their control. The Azeris hadn’t agreed to withdrawing from those areas and that peacekeepers should be deployed in the former NKAO territory according to the actual line of contact.

Also, the Armenian side must agree to the return of Azerbaijanis to Shushi. Thus, the ceasefire became impossible, because I said that even if I agree with Hadrut, I could not imagine the possibility of handing over Shushi to Azerbaijan. The Russian president wondered why I was against the Azeris' option of returning to Shushi. When I presented my arguments, he said that it was logical, and he was not well informed about some nuances. The problem was that in that case, Shushi would have to be 90% or more Azerbaijani populated and controlling the road to Stepanakert.

I am convinced that if I agreed to hand over Shushi, Azerbaijan would set a new condition: that the Karmir Shuka-Shushi highway be under their control.