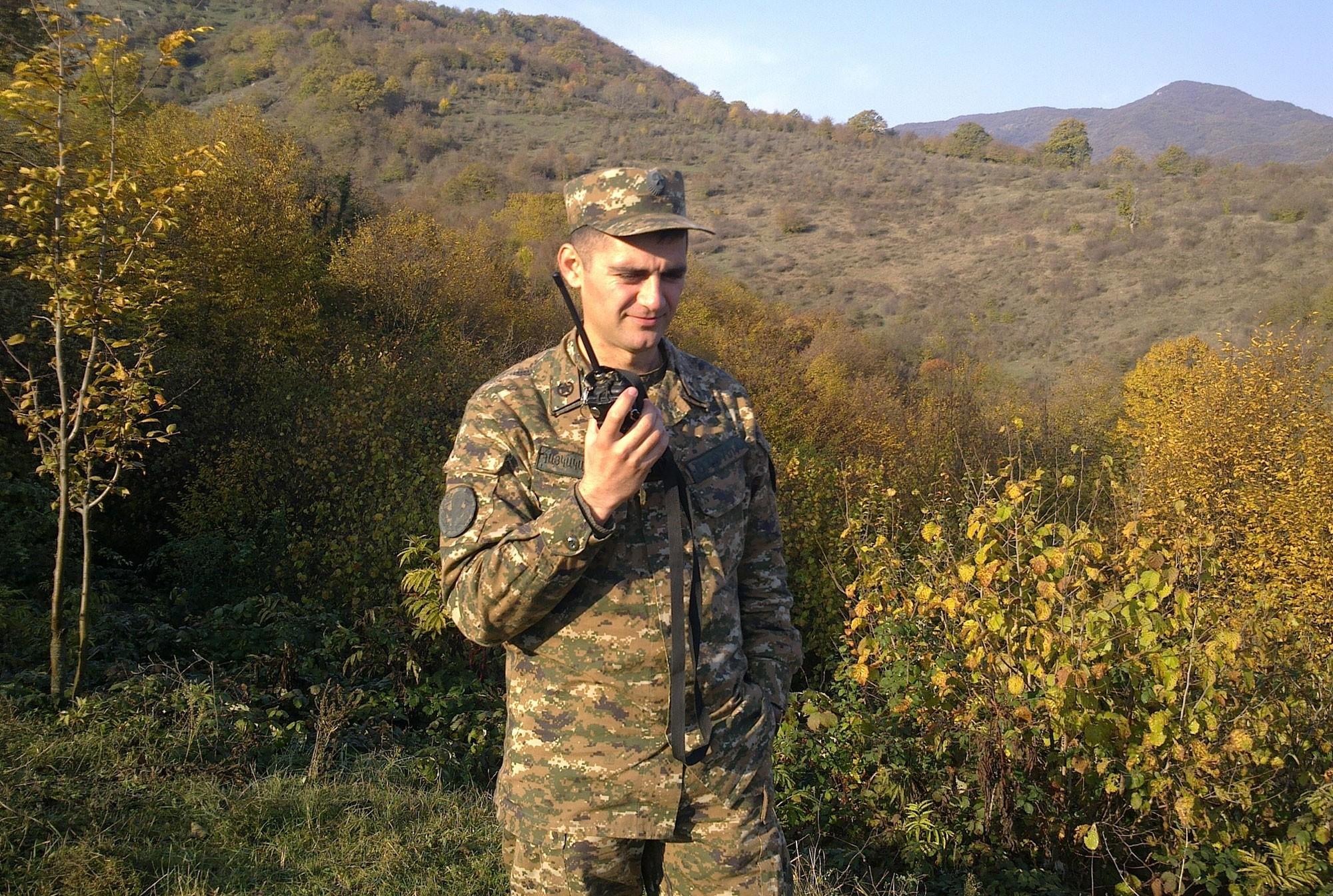 On the morning of September 27, Narineh woke up to the sound of explosions in the family’s rented apartment in the Artsakh capital Stepanakert.

She figured the house had been next in line for roof repairs and that a work crew had arrived.

The explosions continued. When Narineh looked out her window and saw smoke emanating from the nearby military unit, she realized the town was under attack. She then heard the air raid sirens.

Azerbaijan had attacked Artsakh. It was war. It would be Narineh’s third such experience. This time, her loss would be the most painful.

Narineh Sargsyan lost her uncle and cousin in the 1990s Artsakh Liberation War. Her father suffered a disabling injury in that war. On October 18, she heard the news of the death of her husband, Major Sargis Aghjoyan, who served as an army scout.

On Sunday, September 27, Sargis shaved as usual and hurried to the military unit. Sundays were his day for duty at the unit.  The couple took their children down to the basement.

"I asked Sako why he was shaving, war had broken out.  He told me not to interfere. I started crying at the door. He took my hand and said nothing will happen, do not cry. It was our last encounter,” Narineh says, her voice trembling.

That day, Sargis's brother, Samvel, came from Yerevan and took the children to their aunt's house in Gyumri. It’s where Narineh stayed until she heard the news of her husband's death.

How Sargis from Javakhk became an army scout

Sargis Aghjoyan was born in 1987 in the village of Metz Aragyal in Georgia’s Ninotsminda region. He lived there until he was twelve and then moved with his family to Ninotsminda. After graduating from the Ninotsminda Secondary School, he renounced his Georgian citizenship and received Armenian citizenship so that he could study at the Vazgen Sargsyan Military University of the Ministry of Defense. 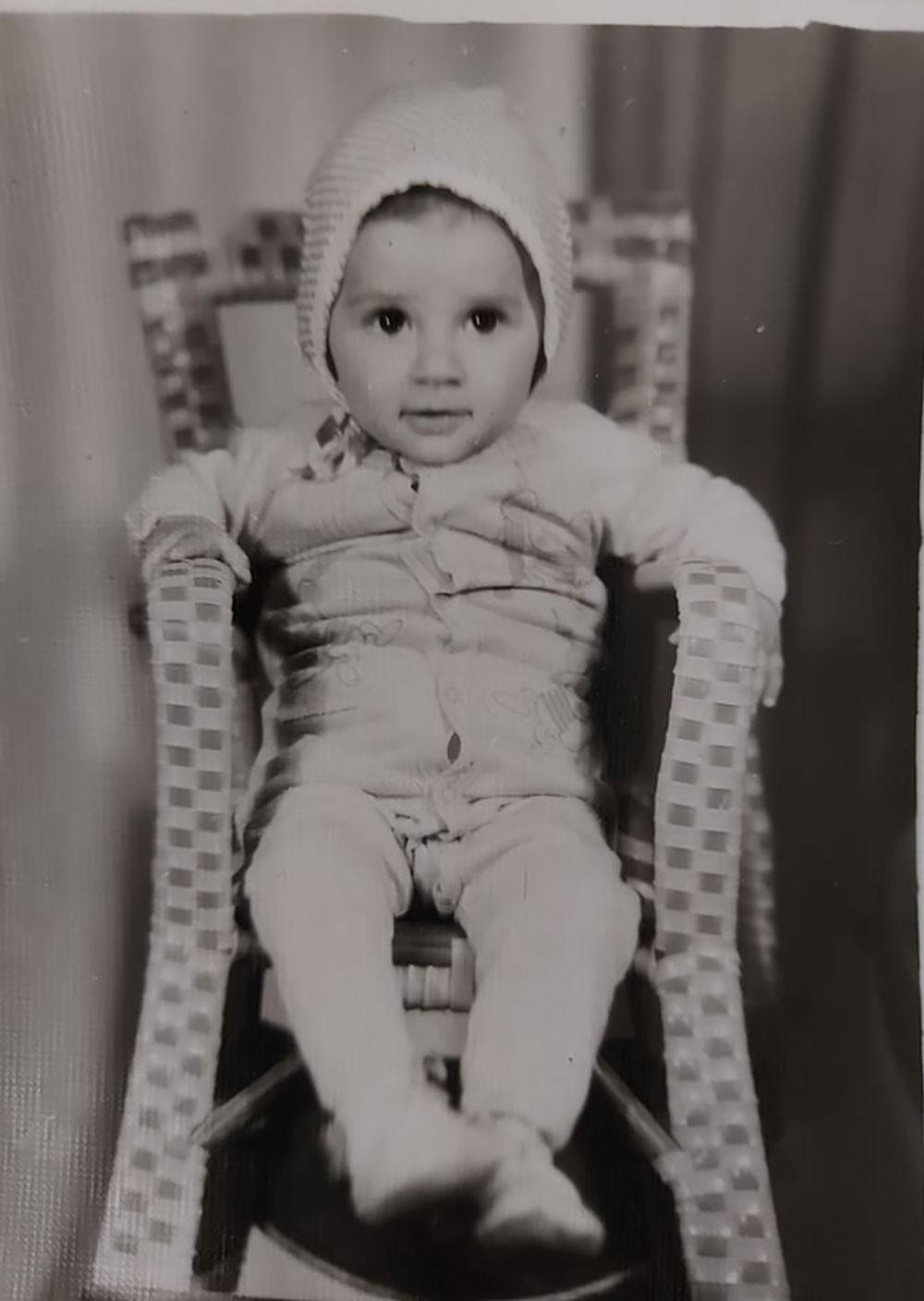 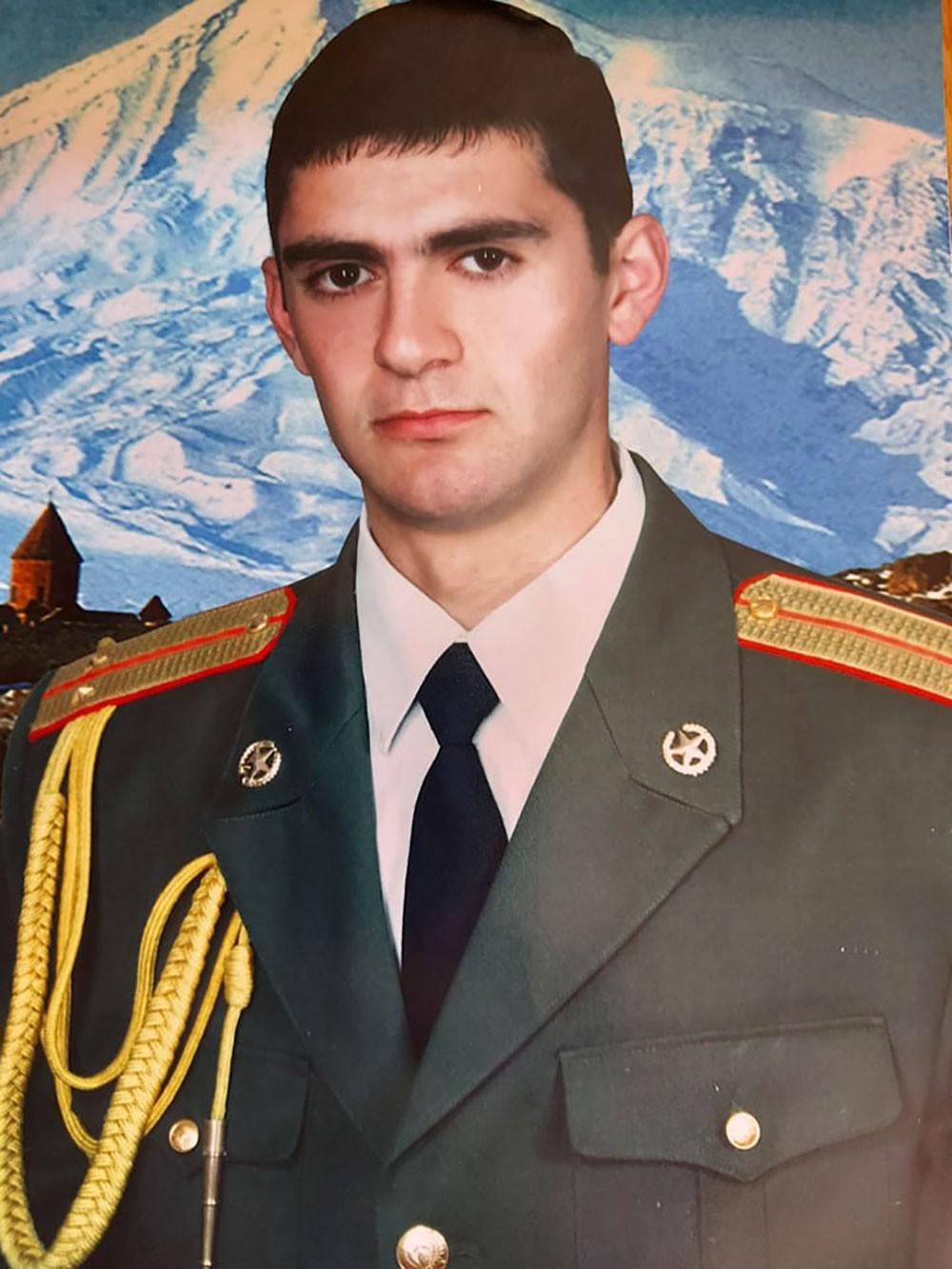 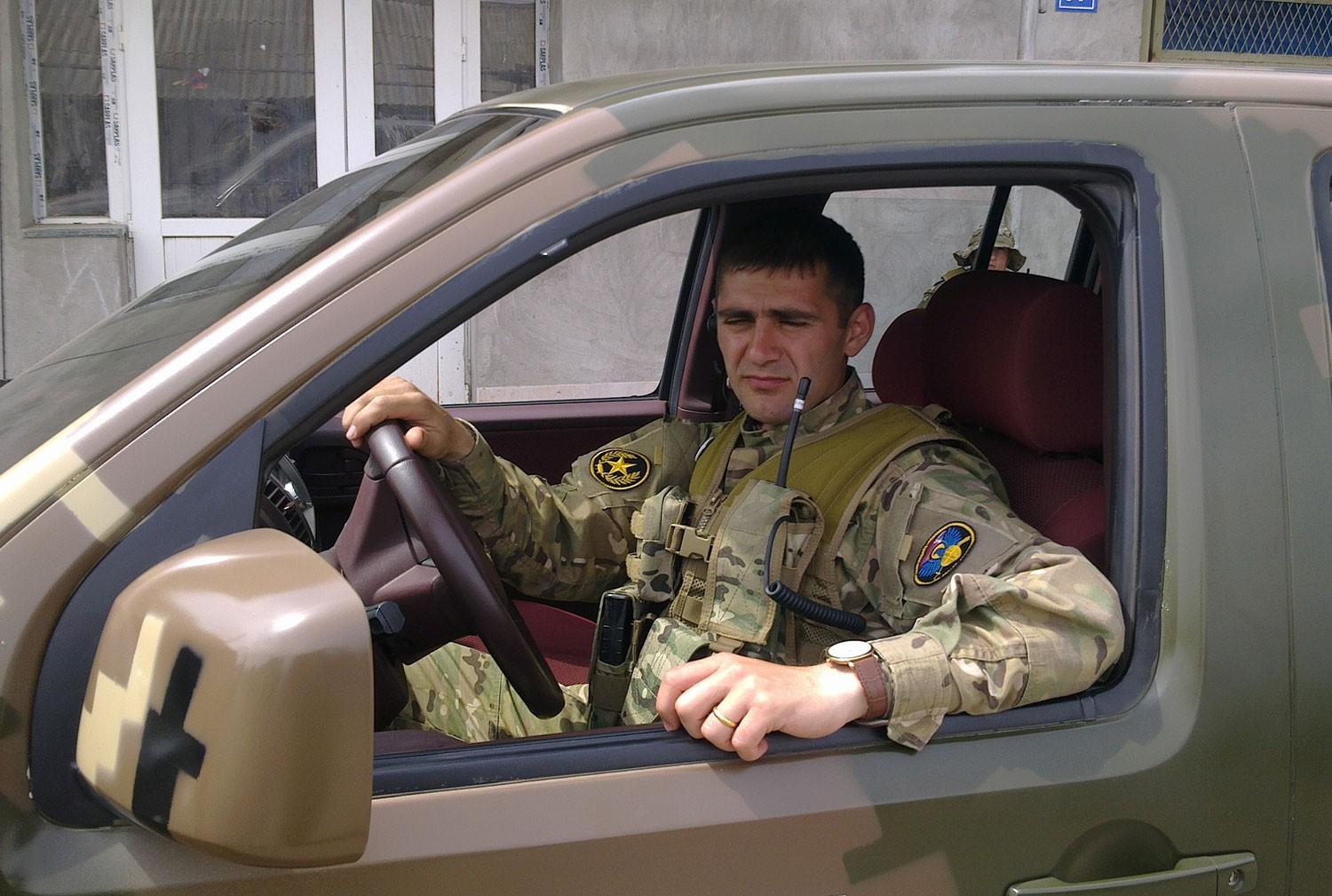 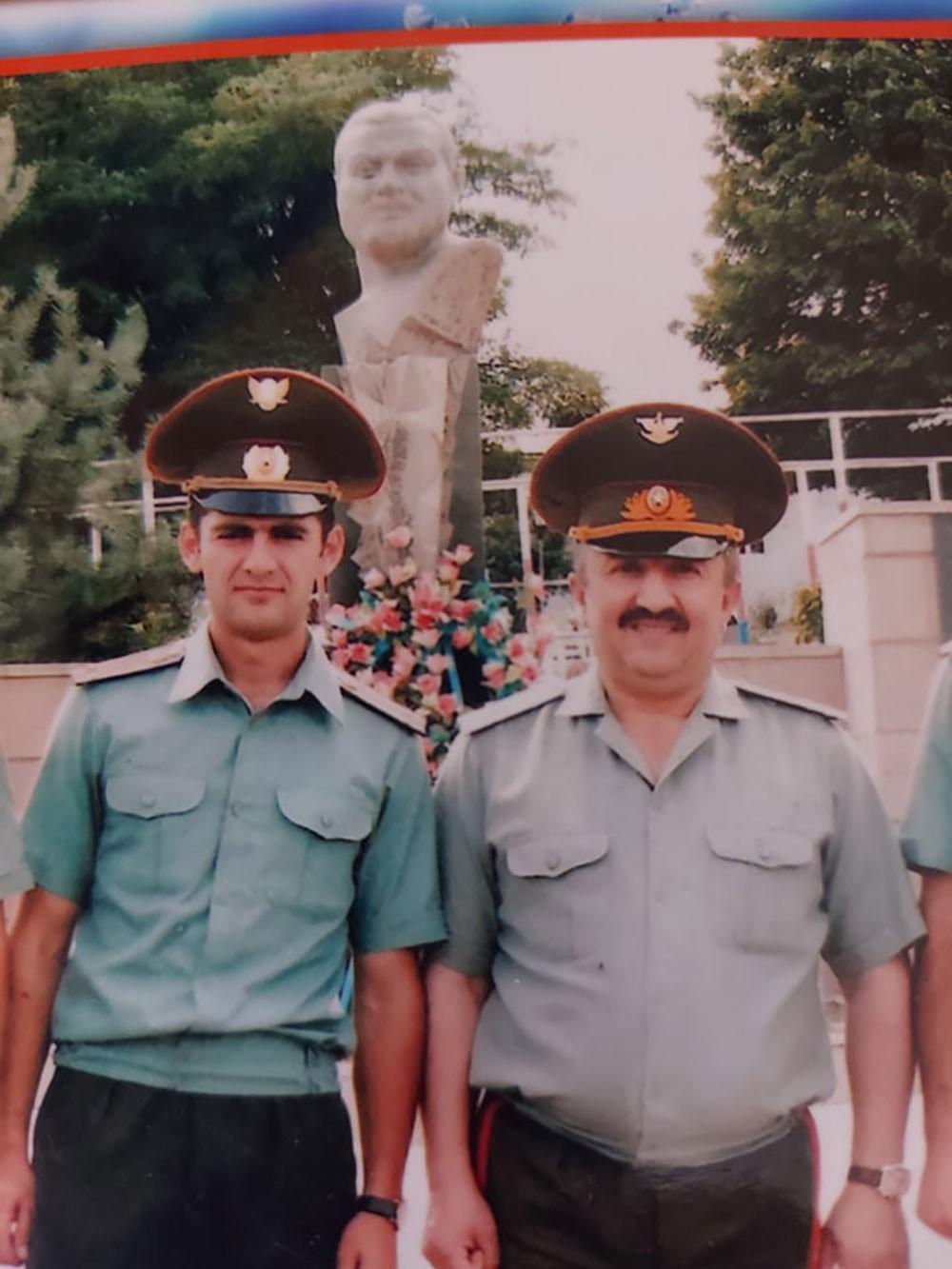 Sargis studied at the military university from 2005-2009, graduated, and immediately moved to Artsakh for military service. He was appointed commander of a reconnaissance platoon, then a company, and for the last two years he was the deputy commander of the N military intelligence unit with the rank of major.

During the war he was dispatched to Mataghis and then to Hadrut. Major Aghjoyan was killed by a gunshot wound to the neck during an exchange of fire with Azerbaijani troops near Hadrut.

"I figured that since he was the commander of the military unit, he would not go to the front line. There were so many others to go before him. When he phoned, his voice was always calm. I was at ease thinking he was in the military unit. In fact, he was among the first to go. His army buddy said that three guys from their military unit refused to go and that he was one of the first to do so,” says Narineh.

How Sargis from Javakhk and Narineh from Artsakh first met

The couple first met in 2010, in the courtyard of the Stepanakert church. Narineh says the church united them, but also divided them. She received the news of her husband's death in Gyumri, outside one of the town’s churches. 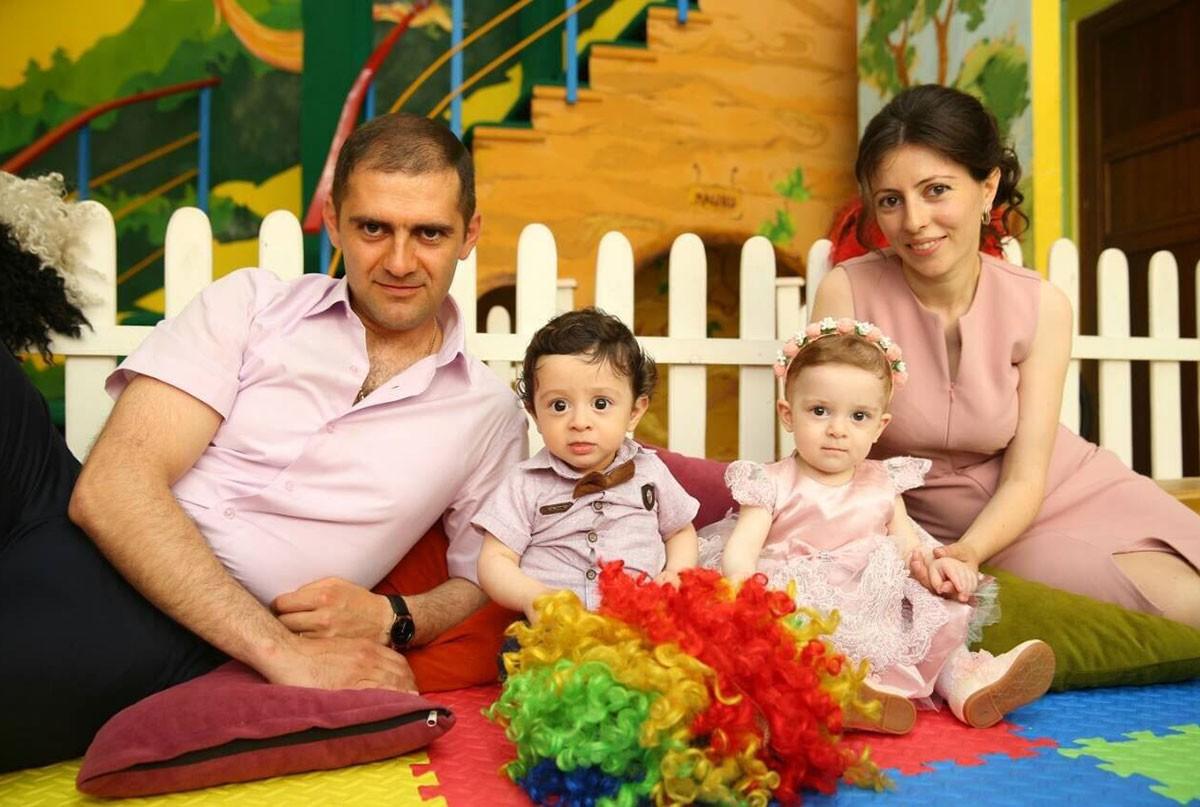 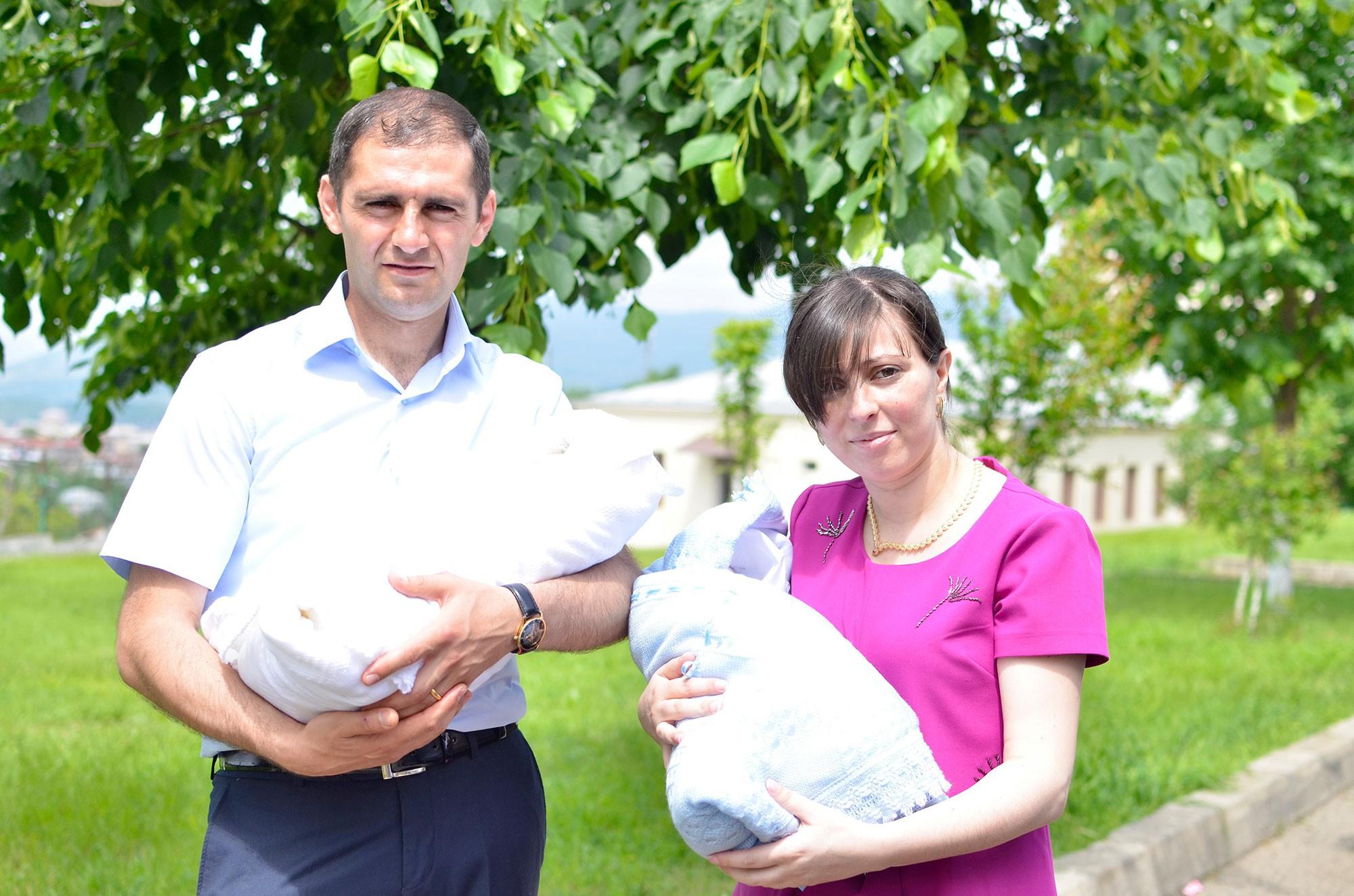 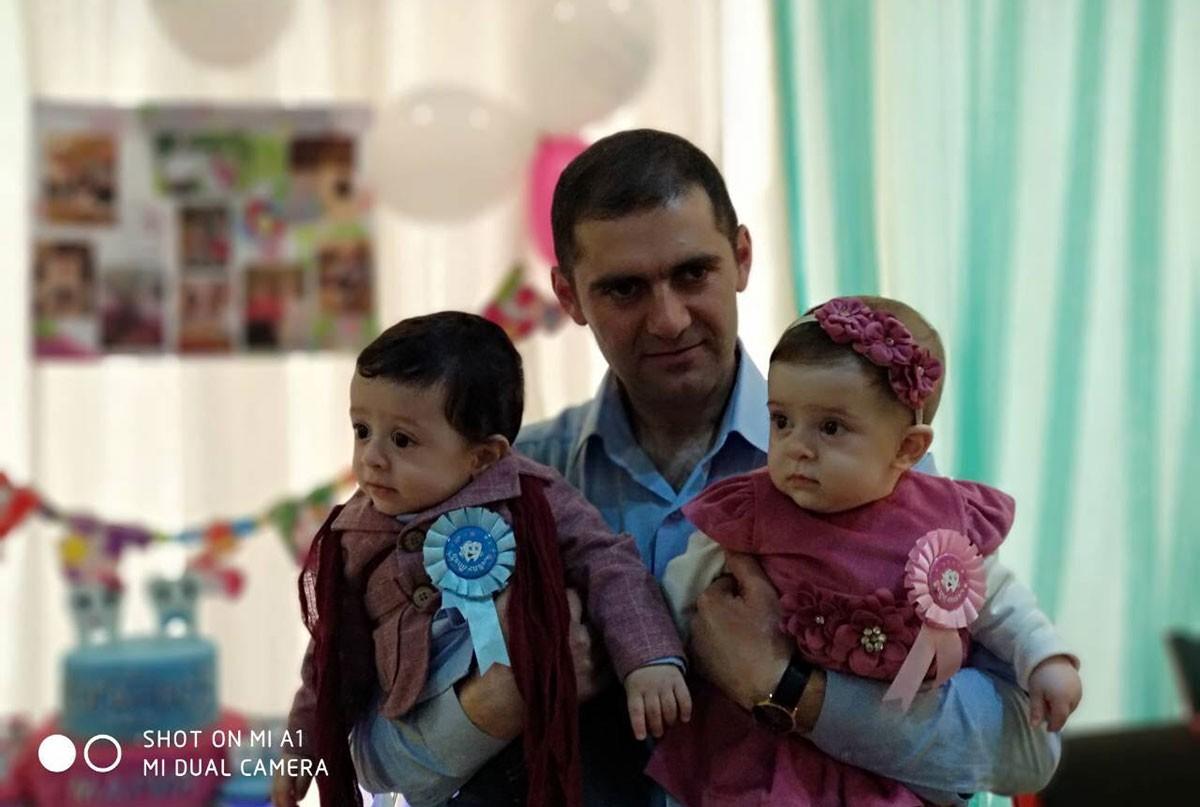 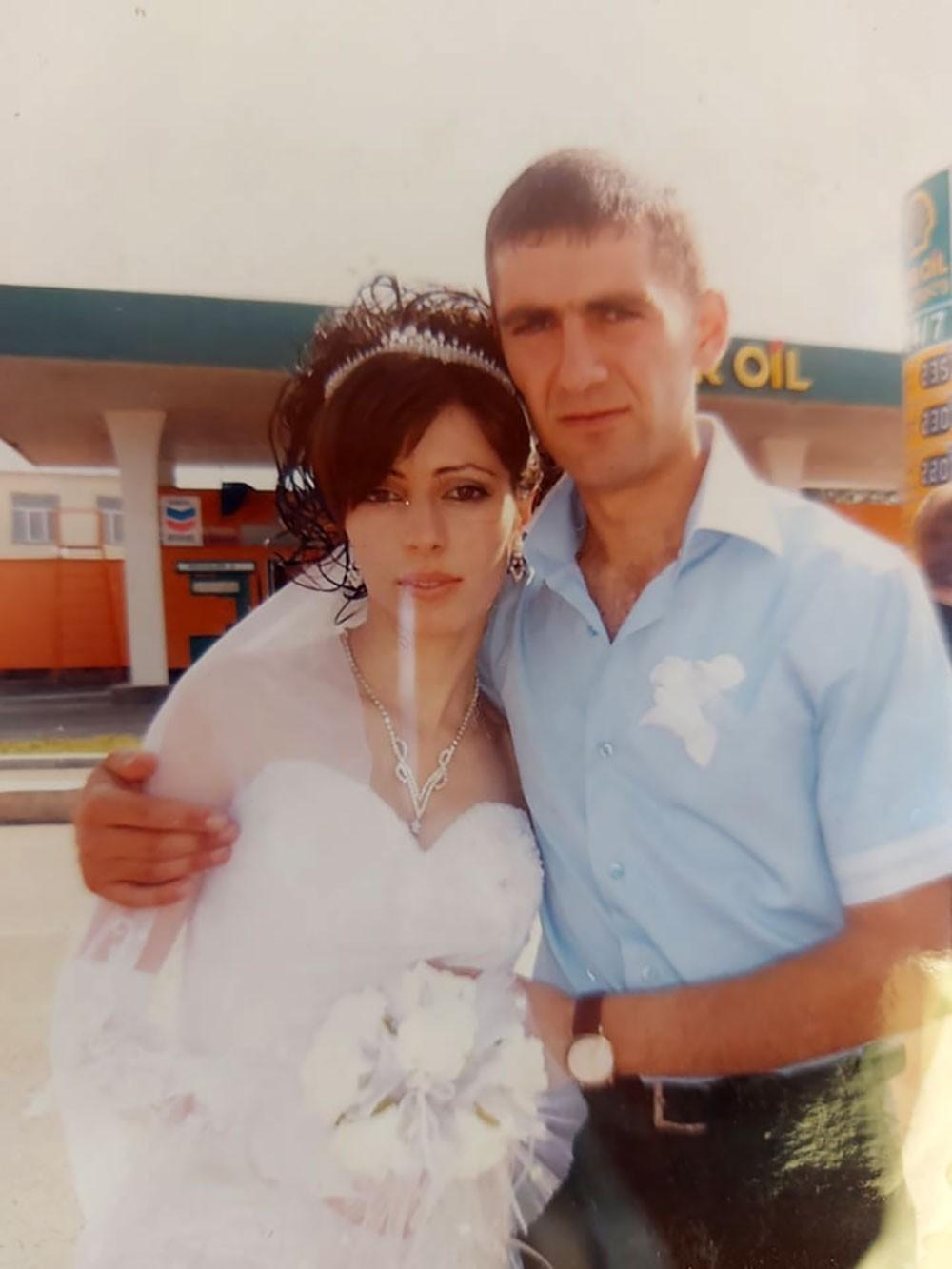 The couple married on June 30, 2011. It was Narineh’s birthday. The wedding party lasted for seven days and seven nights, first in Artsakh and then in Javakhk.

Narineh fondly remembers every minute and second of their nine years together. They overcame many problems together. The couple went childless for six years. Good news finally came. Narineh was to give birth to twins. On the eve of the four-day war in 2016, she lost them. In May 2017, after a complicated second pregnancy, the couple’s twins Hovhannes and Maria were born.

"After those difficulties, life seemed to start smiling for us. There shouldn’t have been more problems. Life should have continued. We should have lived and enjoyed it. But it ended," says Narineh.

The warmth typical of Javakhk Armenians was lacking in Sargis. He was always balanced, serious, reserved and calm.

Narineh says thanks to her husband she was able to overcome the psychological trauma of losing her first set of twins. She says he supported her career growth as a mathematician. 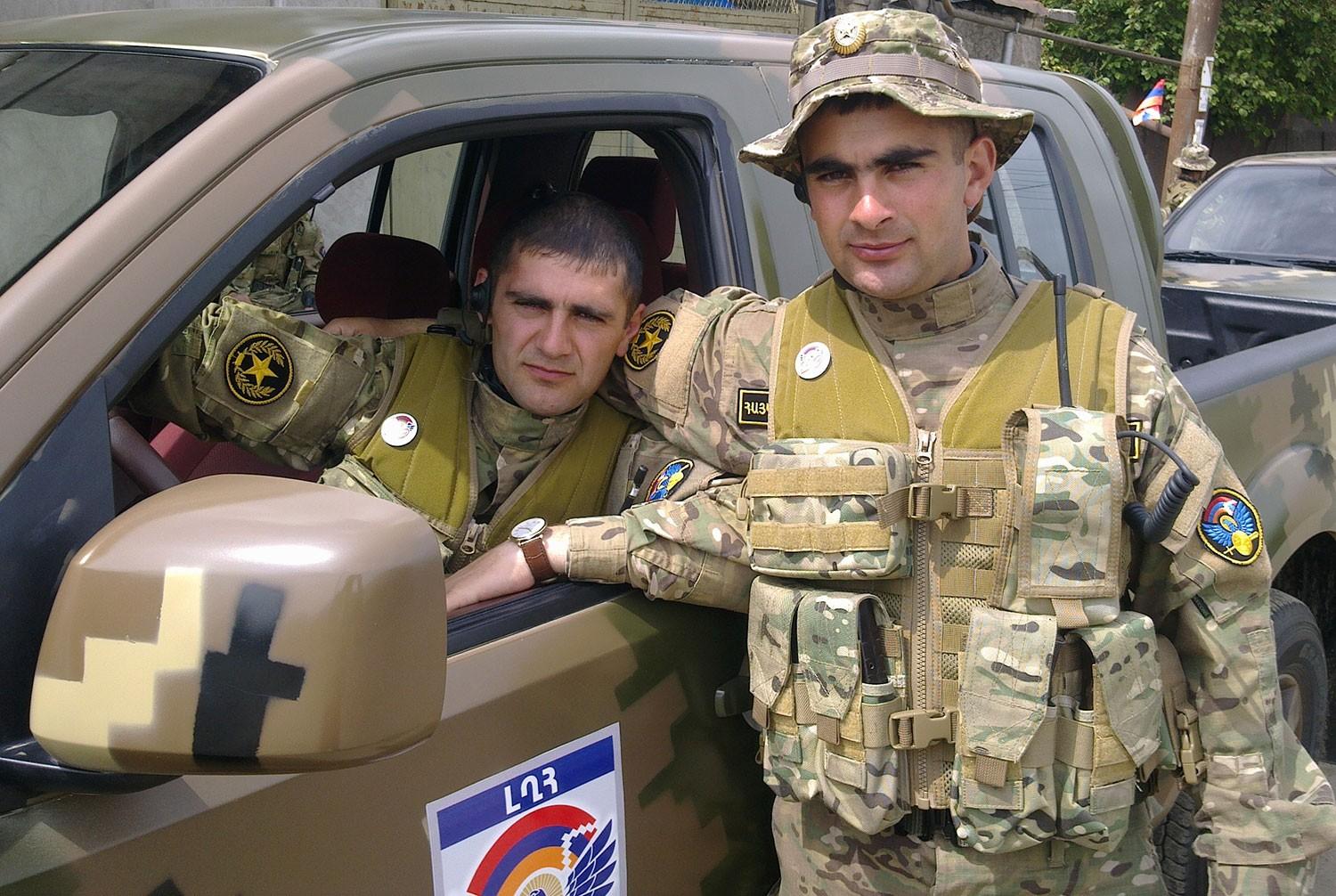 Sargis Aghjoyan and his brother 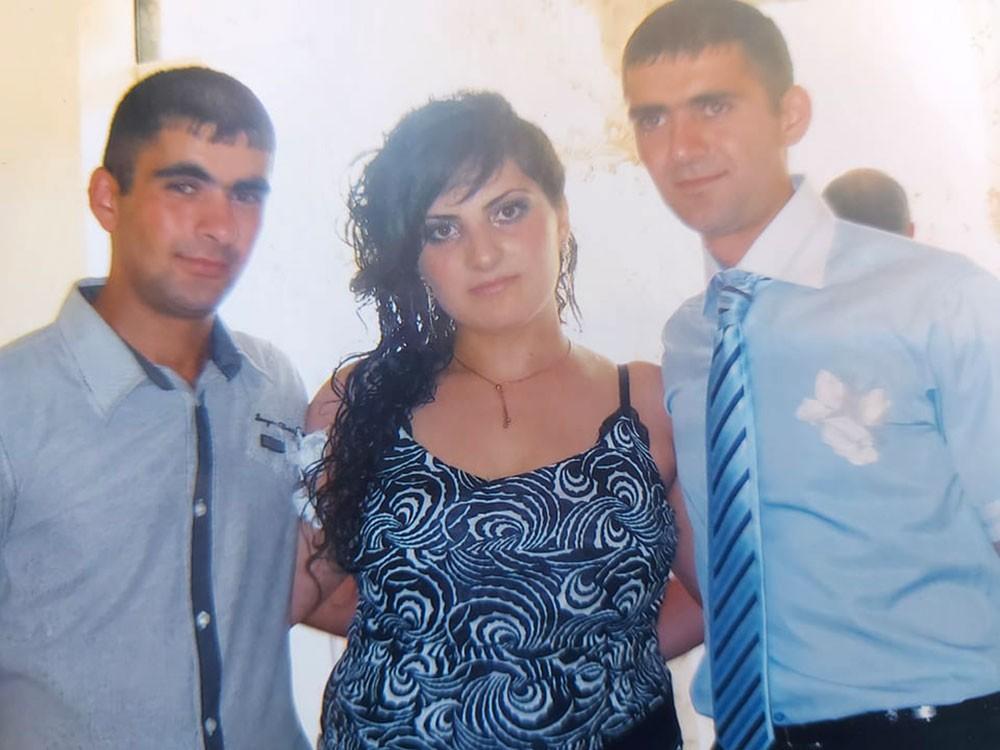 Sargis, his brother and sister 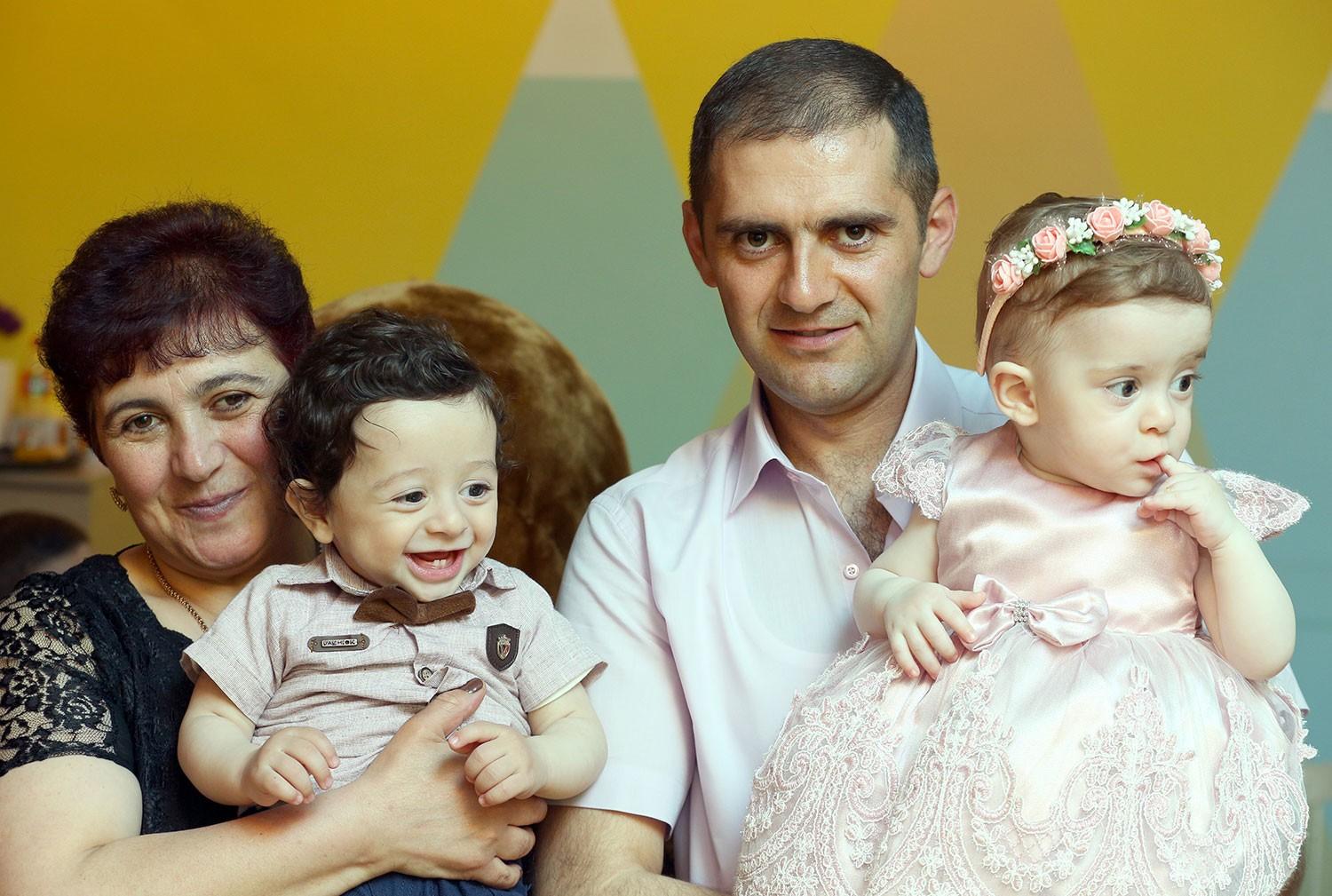 Sargis, his mother and children

"Sargis played a big role in my development. He was happy with my achievements. Last year I defended my PhD in mathematics. It was difficult to go to Yerevan with the children and come back. He told me to prepare for my dissertation, that he’d take care of the kids. He was there when I defended my thesis. He was an extraordinary husband and father,” says Narineh.

Narineh says that although her husband loved his native Javakhk, he also loved Artsakh very much.

He saw the family’s future in Artsakh. He had big goals - to buy land, to do something in Artsakh. These goals are now a memory.

Narineh's goals have changed a little too. She must work hard to raise her children, to educate them, to raise them as her husband wanted.

"No matter what, all that I have is there," she says. But for now, she’ll remain at her in-laws’ house in Ninotsminda, where Sargis is buried.

Narineh is angry about the lands taken from Artsakh and given to the enemy. She cannot reconcile herself to the idea that "the Turks have set foot on her husband's blood". That the lands her husband so valiantly fought to defend have been handed over.

"On November 9, the day the agreement was signed, I felt the same way I felt on October 18, when I heard the news of my husband's death. Before that, I used to say let’s at least win, have a costly victory. What are we going to say now?” asks Narineh.