Lilit and Liana Avanesyan are sisters. Both lost their husbands in the recent Artsakh war.

They left their homes in the village of Karin Tak (Shushi), now under Azerbaijani control, and currently reside in Aragyugh, in Armenia’s Kotayk Province, in a relative’s summer home. 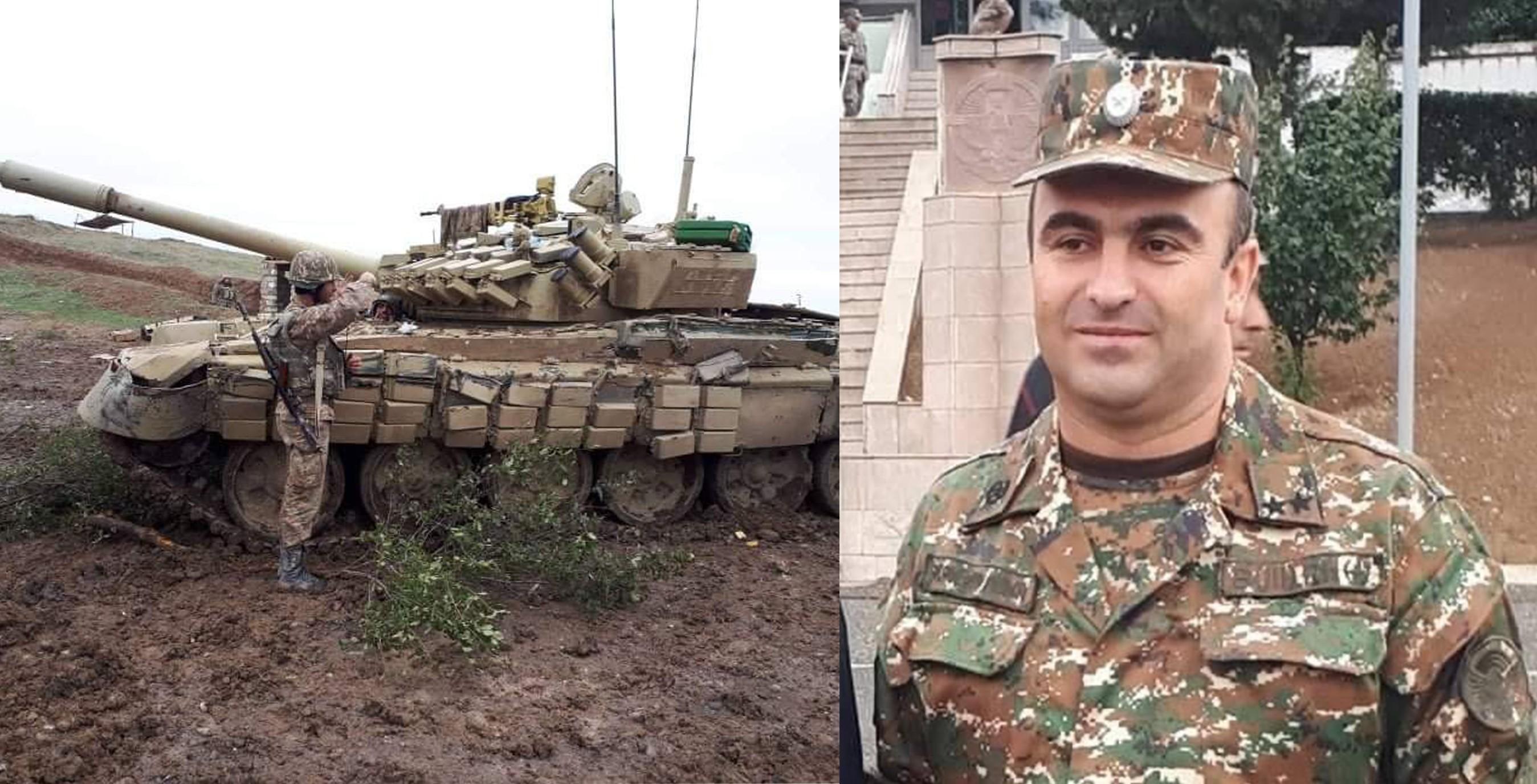 Liana and her family heard about Mkhitar’s death indirectly

Liana heard about the death of her husband quite by chance. A classmate of her son Eric had posted his condolences on Facebook.

"I saw Eric sitting there crying, I asked him what had happened. He said people were expressing their condolences. We immediately called the classmate's parents. They changed their story, saying it was about another Eric's father. In fact, everyone knew but us,” Liana says.

Mkhitar's mother, Romela Arustamyan, speaks about her son with pride. He graduated as a philologist but worked for the military for fourteen years. After graduating, he enlisted in the army. During the war he went to Jrakan (Jabrail) with the contract soldiers as a commander. He was killed there on October 9. His relatives buried him in Karin Tak, next to his two uncles who died in the 1990s Artsakh War. 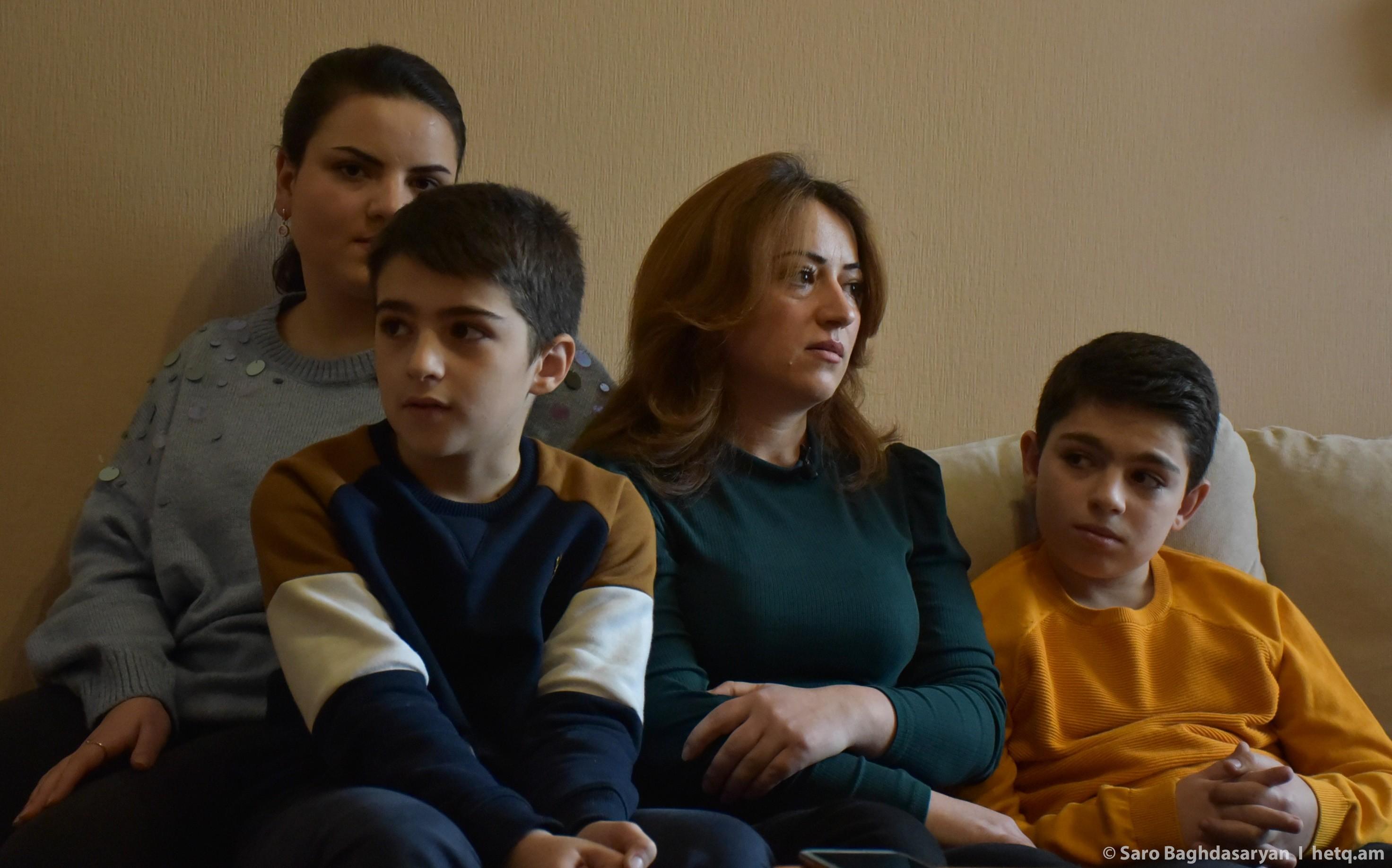 September 26 was Mkhitar's father's birthday. He was on his way to Karin Tak with his family when the commander called and said he had to return to the military unit in the evening.

He took his wife and children to his father's house and returned to the military unit. The next day the war started. Lieutenant Colonel Hovhannisyan had a telephone conversation with his wife twice a day, assuring her that everything was normal. She couldn’t contact her husband after October 8.

Mkhitar Hovhannisyan's strictness was personally felt by his brother Gor when he was a conscript. One day, by chance, the lieutenant colonel and some conscript privates met in the military unit. Seeing his younger brother's clothes, Mkhitar demanded that he completely change his uniform and military shoes. The deputy commander of the military unit also told his friend to be very strict with his brother. Recently, one of Mkhitar's soldiers visited the Hovhannisyan family and said, “He beat me several times for being sloppy, but I love him very much." 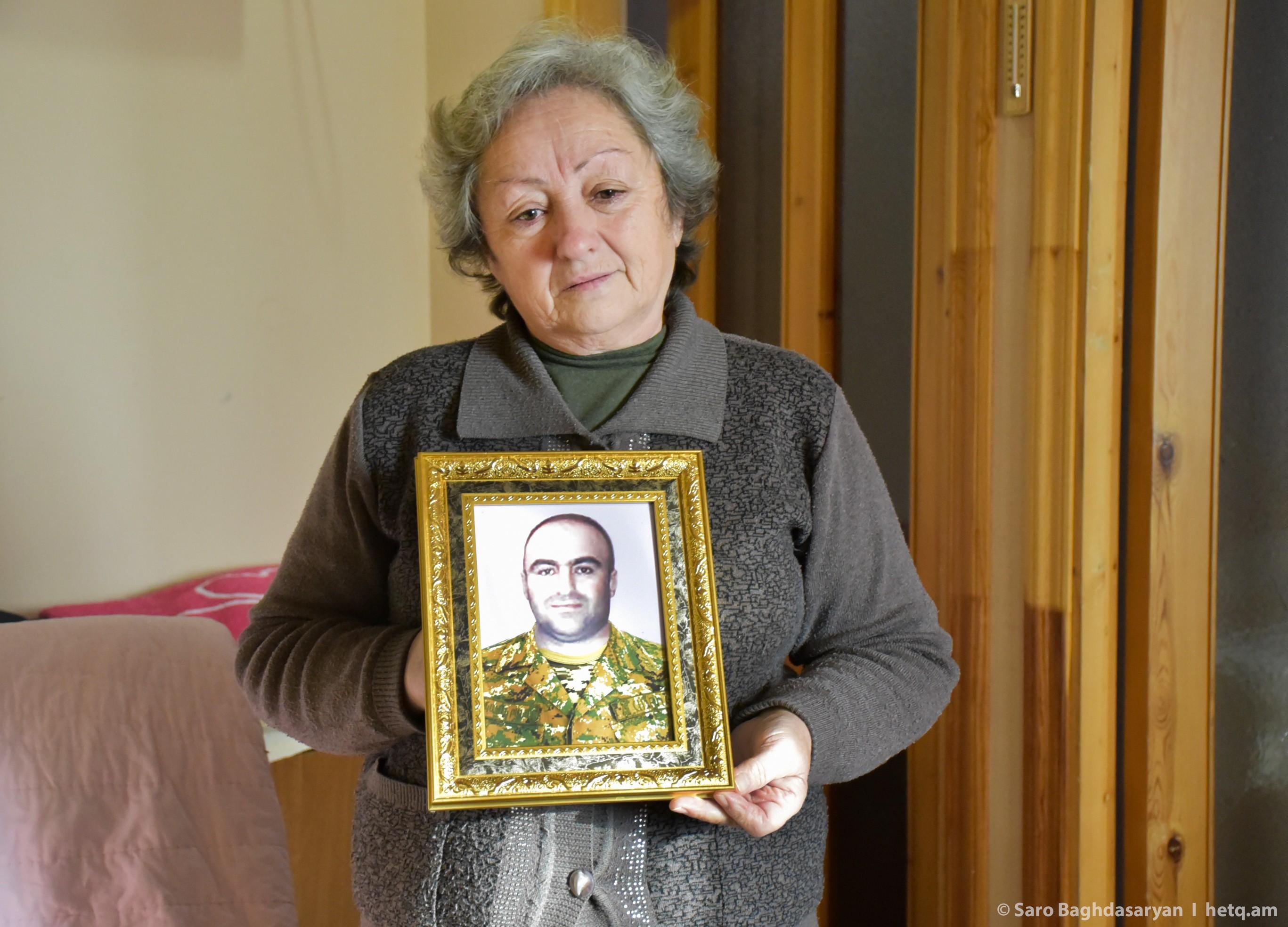 Mkhitar named his children after his classmates with whom he had served in the army. His wife says that Mkhitar wanted the children to study well and become good people. The eldest son, Erik, played his father's favorite sport - football, and David - boxing. During the war, Mkhitar always asked his wife if the children went to training or not.

Recently, according to Liana, her husband was studying psychology. During his student years, Mkhitar starred in the film "Do Not Be Afraid" as a soldier.

Lilit's husband, Gerasim Hovhannisyan, died on October 25 near the village of Gishi in the Martuni region. Lilit says, with tears in her eyes, that she could not attend her husband's funeral. Her relatives didn’t let her leave for Artsakh, saying the roads were dangerous and constantly shelled. "They did not let me go to the funeral, I thought, at least later, when the war is over, I’ll go to my husband's grave, but ․․", says Lilit and starts crying. Lilit and the children last saw Gerasim leaving Karin Tak on September 27.

Lilit lived in Karin Tak with her husband and three children, Melineh, Mihran and Marianna. They had a shop in the village. Melineh is a student at Stepanakert State University’s Department of Pedagogy. Mihran and Marianna are in school.

Melineh, the eldest daughter, is engaged. When talking about her father, she begins by saying that her father was strict and took a long time for him to give his permission for the couple to date. Even on the day of their engagement, he had a hard time agreeing to accept the boy's relatives. She adds that her father wanted them to get a good education.

12th grade student Mihran made it clear after the loss of his father that he was already the man of the house. Mihran wants to return to his native village. He says it does not matter how well they were received in Armenia. He wants to return to their village.

Lilit recounts that during the war Gerasim told the residents of Karin Tak that they could buy free food and necessities from their shop. 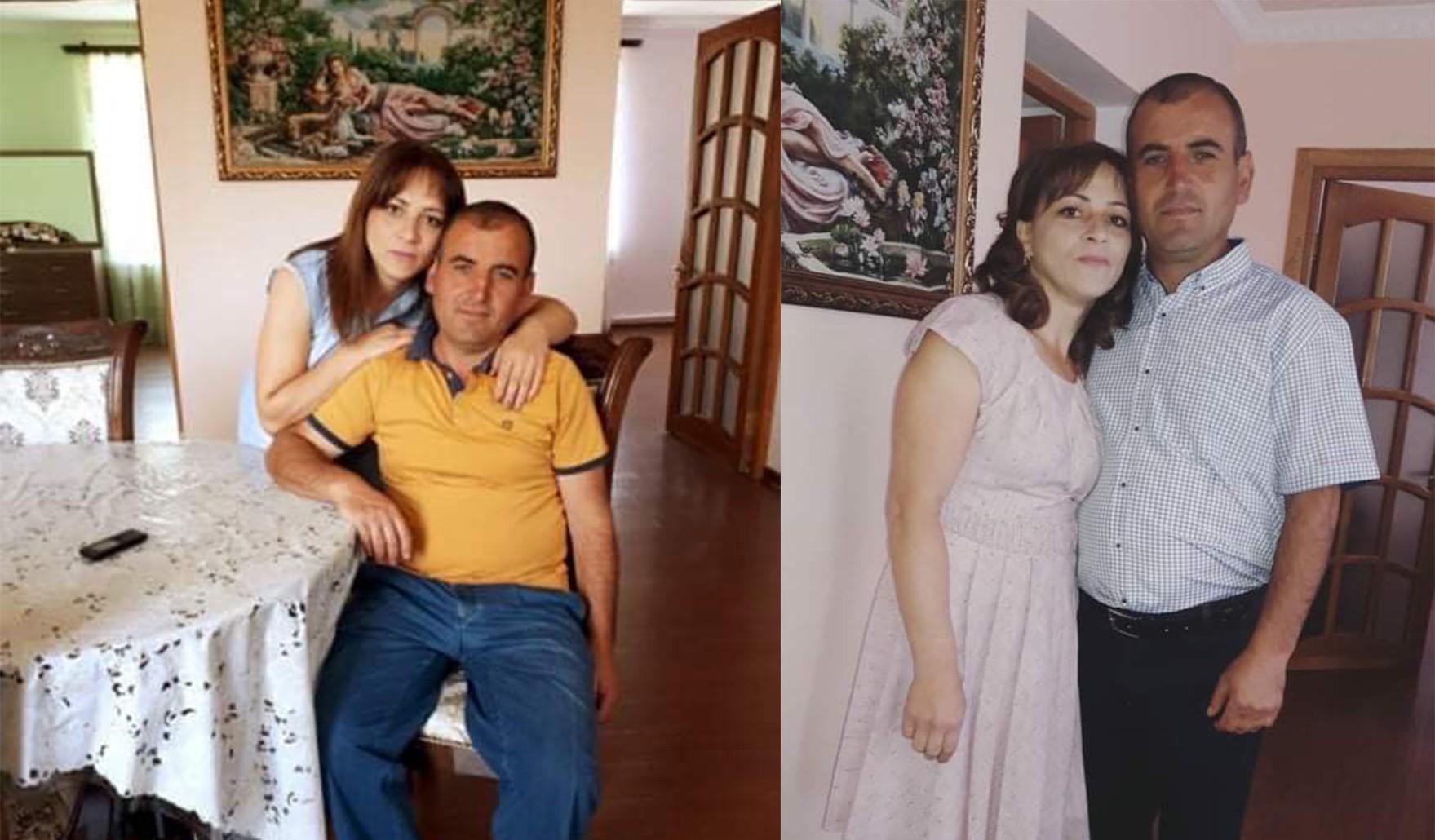 Lilit and her husband Gerasim Hovhannisyan

Every time he called, he’d tell Lilit to take care of me and the children. He’d say that since Mkhitar is gone now, we must take care of their family,” says Mkhitar's wife, Liana.

Gerasim Hovhannisyan and his wife built a house in Karin Tak village, set up a small business, and raised three children. Lilit does not know how she will continue living.

The war took away her house, property and husband.

The Avanesyan sisters will soon leave their house in Aragyugh. They’ll take the children and move to Yerevan. They’ll rent a place to live and attempt to start anew.