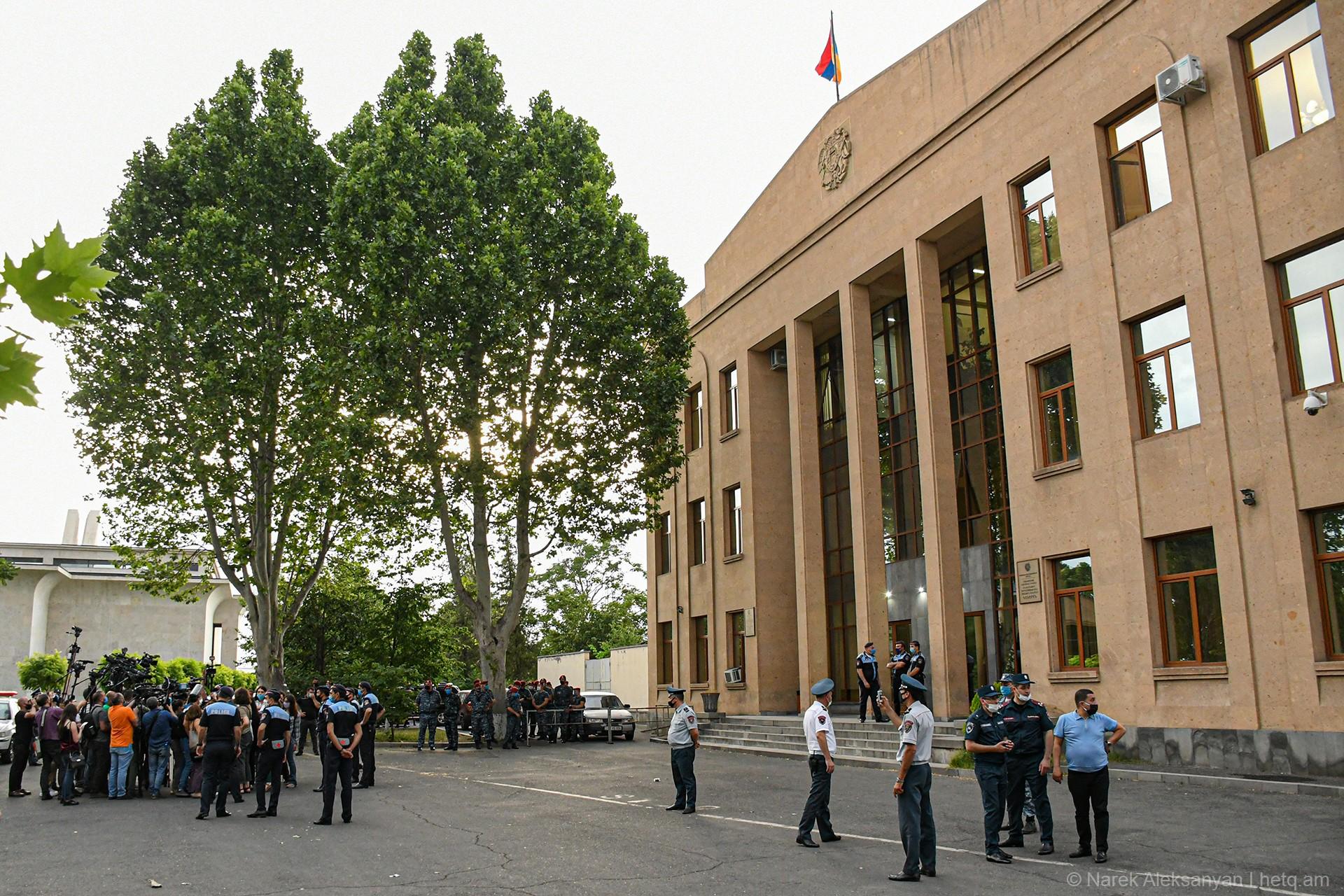 Armenia’s Courts and the Coronavirus: Overcoming the Challenges

Regardless of the problems caused by the coronavirus epidemic, the courts in Armenia, by law, must continue to operate smoothly.

Over the past year, the courts have tried to fulfill this requirement. Hetq talked to   Court of General Jurisdiction of Yerevan judges about their work over the past year in such conditions.

Judge Mesrop Makyan, a member of the Supreme Judicial Council, says that although some problems have arisen during the state of emergency, in general, the normal work of the courts has not been disrupted.

Makyan says that at the initial stage of the epidemic, the countries penitentiaries, stopped transferring detainees to court, due to which criminal court hearings were not held on a regular basis.

"This was not the court's problem. The court could not intervene in this issue,” says Makyan. 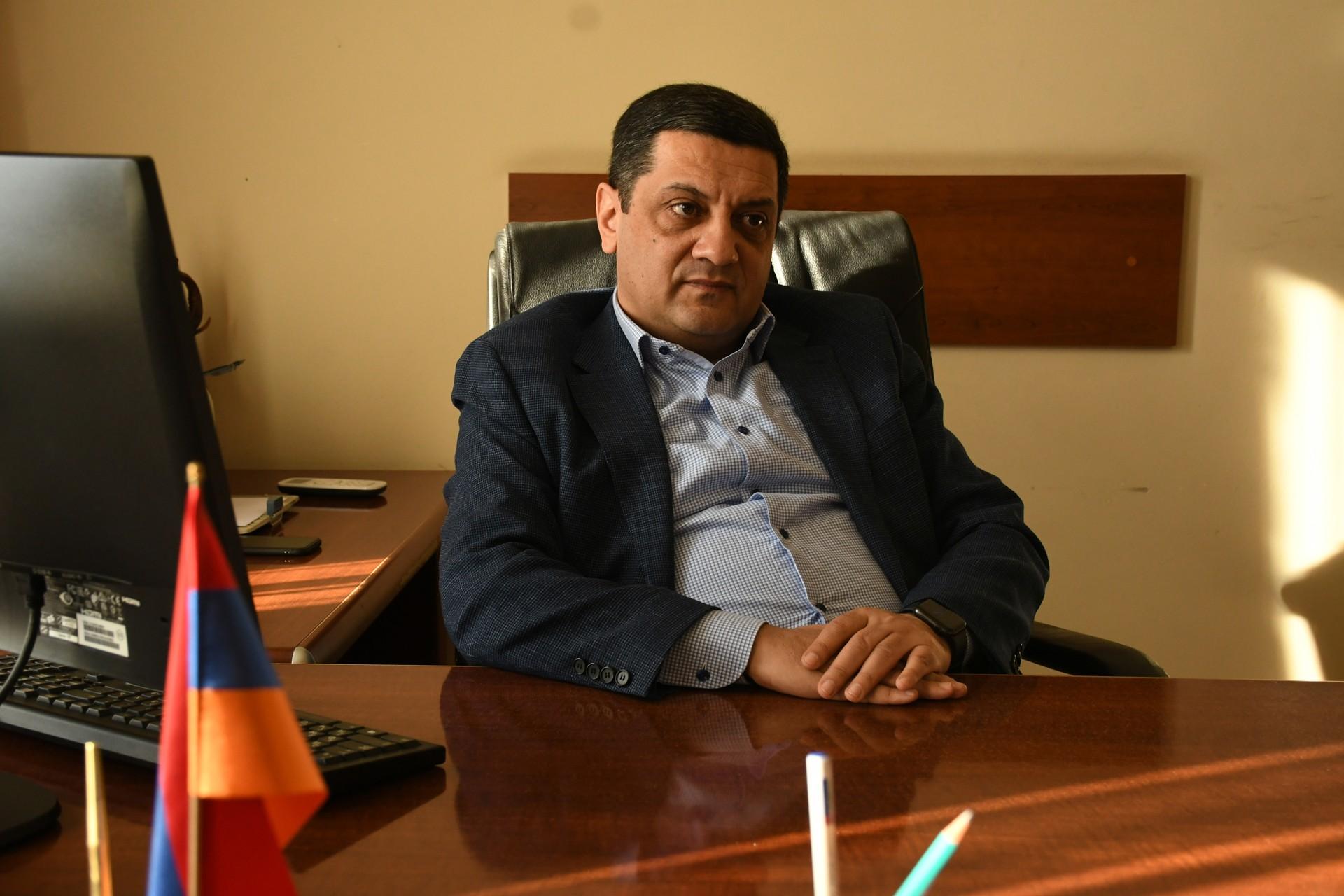 As for civil cases, Makyan says that the Supreme Judicial Council (SJC) has taken some drastic and urgent steps to facilitate such cases, noting the implementation of virtual trials. The judge, however, notes that while virtual trials have taken place, the new format remains in limited use since litigants must agree to such a format.

"That is, if the parties agreed, plaintiffs and defendants, the court was ready to work. We created all the necessary conditions so that court hearings were not unnecessarily delayed during the epidemic,” says Makyan.

While virtual trials partially solved the problem of carrying out civil and administrative cases, the same cannot be said of criminal cases. Judge Makyan notes that in criminal cases there is a principle of immediacy, continuity, that is, the judge must have direct contact with the evidence being examined.

Given the coronavirus epidemic, the Supreme Judicial Council made decisions restricting the entry of non-trial participants to the courtroom.

Makyan recalls that at the initial stage of the epidemic, it was decided to ban non-trial participants from attending courtroom hearings. Later, when the spread of the virus slowed, the SJC reconsidered its decision, allowing some media coverage of prominent cases.

"Let's admit that there was no such prior situation in our country or the world. The solution we came up with should have sufficed, because we, in general, could not find another solution. Allowing court hearings to be fully open to the public could have caused serious risks for spreading the virus. If the media are present and publicizes what happens in the courtroom, then, in this case, I think, there is a no restriction on publicity,” says Makyan.

At the same time, he notes that the SJC takes it cues from the executive branch and if the government decides to reduce epidemic restrictions the SJC will respond in kind and grant greater public access to trials. 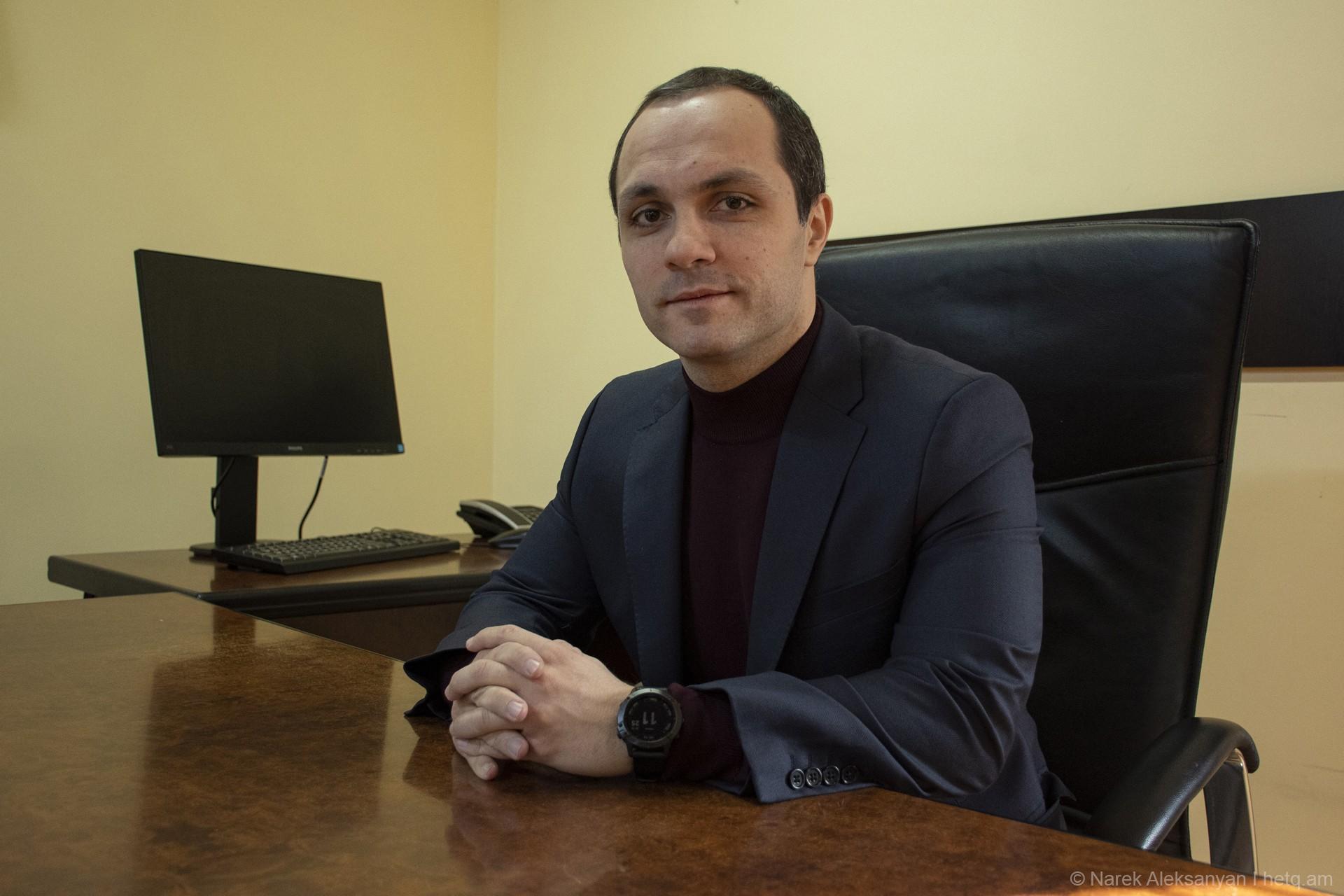 Yerevan Court of General Jurisdiction Judge Arman Hovhannisyan believes that the coronavirus had a direct negative impact on the administration of justice.

Noting the impossibility of examining criminal cases virtually, Hovhannisyan said that judges had a problem with holding hearings, especially in those cases involving detained persons.

It should be noted that during the spread of the epidemic, it was necessary to take steps to prevent the virus from entering penitentiaries.

Judge Hovhannisyan recalls that several international organizations, including the Council of Europe, had issued a report during this period, noting that interpersonal communication contributed to the spread of the infection and that all relevant authorities should make concerted efforts to address alternatives to imprisonment.

The report stated that this approach is especially necessary in overcrowded   detention facilities. Authorities were urged to implement alternative detention means more widely, to reduce sentences, and consider early release and probation alternatives.

"Judges examining criminal cases, on their own initiative, even without the parties, even without mediation, began to discuss the issue of precautionary measures, not ignoring, among other issues, the fact of the epidemic. In fairness, I must say that the first to release a person based on the epidemic, among other reasons, was one of our judges, Davit Harutyunyan. One day later, I issued a judicial act, and so the practice continued,” says Hovhannisyan, noting that the Human Rights Defender of Armenia expressed his position during the epidemic that people in the country’s penitentiaries are already vulnerable, regardless of their age or associated illness and that their detentions must be reviewed.

Judge Hovhannisyan, based on the epidemic and other grounds, has released more than twenty from detention. He says this has facilitated court hearings since those released were able to appear in court. The judge, however, believes the coronavirus continues to cause negative consequences.

"If court sessions were postponed to prevent the infection spreading, now they are postponed because the parties involved - lawyers, prosecutors, judges, defendants - are already sick. This becomes much more obvious when you examine a case involving many litigants,” Hovhannisyan says, referring to a case under investigation involving fourteen defendants, their lawyers, a prosecutor, representatives of the victim, a judge, a secretary, and bailiffs: 35 people in total.

"Even selecting the largest hall, you can’t ensure social distancing and health rules. Given these conditions, this trial I’m heading has not taken place for eight months. The court cannot force anyone to come to the hearings if it is not able to ensure all the safety rules. All this has directly impacted the examination of cases and the observance of case deadlines,” says Hovhannisyan. 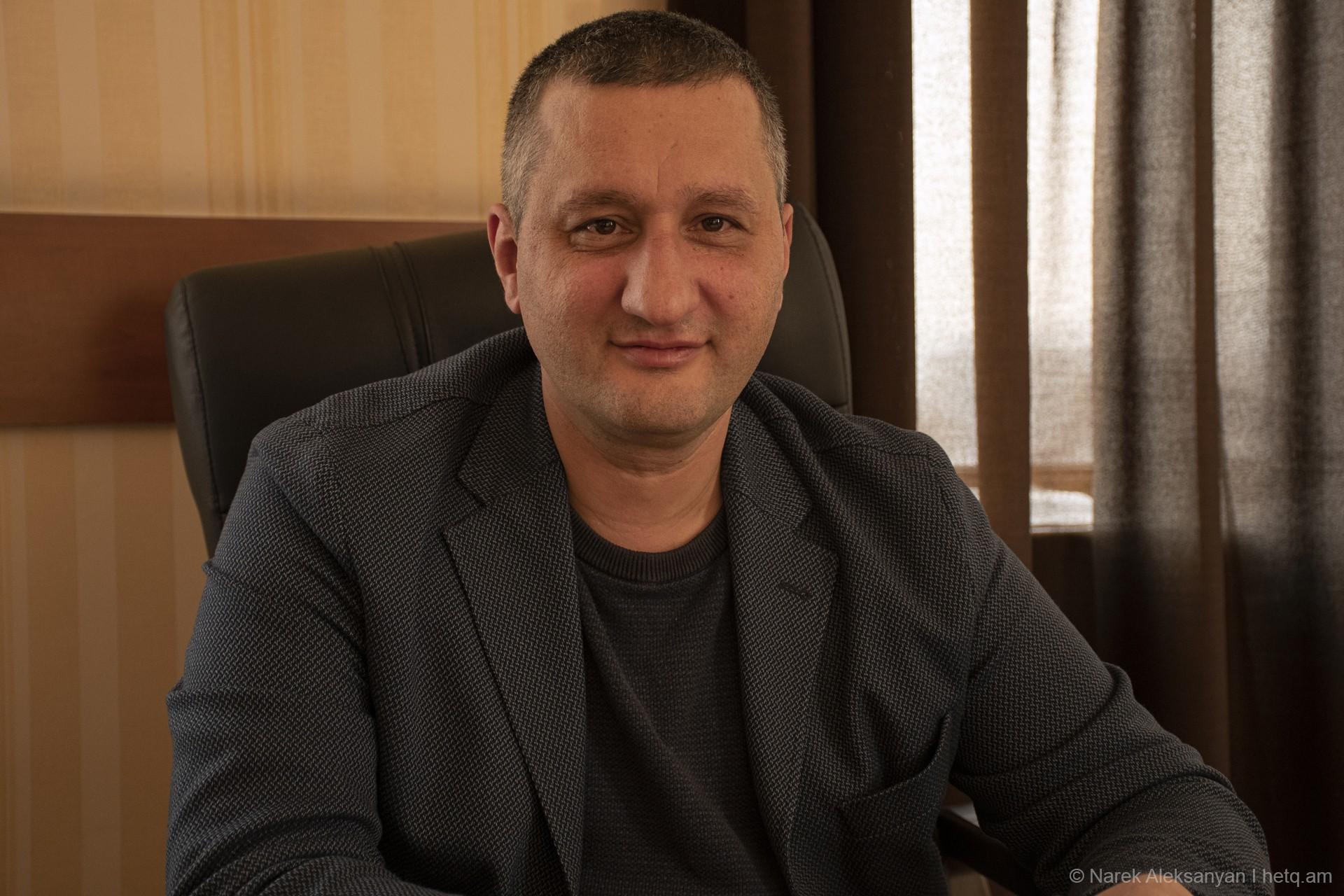 The epidemic also impacted Judge Davit Balayan’s courtroom. He and his staff contracted the virus months ago.

"The bad thing is that we did not get sick at the same time, but in spurts. We couldn’t work as a result. For example, I didn’t show up for work for thirteen days.  55 court hearings never took place,” says Balayan.

The judge recalls that in the early days of the epidemic public transportation was restricted and some couldn’t get to court.

Balyan believes that, one year on, the Armenian public and government, including the courts, have come to grips with living with the virus and have made the necessary modifications.

"The epidemic can no longer cause a delay of cases, even though there are cases when court hearings are postponed due to one of the parties being sick,” Balayan says.