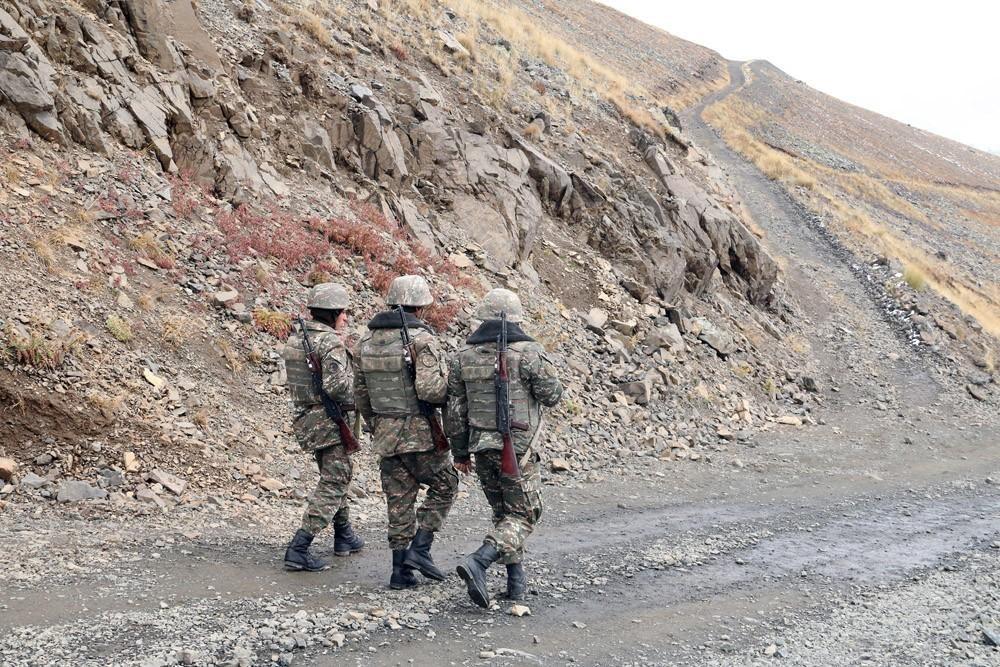 Parents of the missing Armenian soldiers, disappointed by the work carried out by government agencies, announced on January 7 that they would go on the offensive to force the government to publish factual data on the losses sustained by Armenian military forces.

The group of parents have hired lawyers to investigate the circumstances of each Armenian soldier’s death and to punish those in government found guilty of incompetence and mismanaging the war effort.

Arsen Ghukasyan, one of the initiators of the group, called on journalists and lawyers to support their actions. The group wants journalists to raise the issue of missing and captured Armenian soldiers in the international media.

The group says it needs the support of lawyers to challenge the government's inaction in the administrative court, demanding the publication of war statistics.

Two months have passed since the trilateral ceasefire was established on November 10, and so far, the Armenian government has not published data on military losses. The Armenian public does not know the number of those killed and wounded, the number of POWs or the missing.

The group says the government has rejected media inquiries on the grounds that they are state secrets.

“Today, we are starting an uncompromising, consistent legal fight against those who betrayed, deceived our children, took them to inevitable death ...," he writes.

Another group of relatives of missing soldiers launched a sit-in strike in front of the Etchmiadzin military unit on January 8.

They gathered there every day for two months, demanding that the command of the military unit find their sons. They haven’t received any news for 82 days. The parents say that their sons are missing in ​​Zangelan and that no search has been organized.

Officials said their protests hampered their work. This prompted relatives to halt their protests for two weeks, to allow officials to work unhindered.

When the two-week halt ended, the government proposed new agreements. On the morning of January 8, Prime Minister Nikol Pashinyan posted on his Facebook page the return of prisoners and hostages, "as well as the full exchange of bodies" would be conditioned by the lifting of the blockade of all economic and transport infrastructure in the region.

"The choice of communication routes from Armenia to Russia and from Azerbaijan to Nakhichevan is a separate topic of discussion. Pashinyan said.

In response, Armenian Ombudsman Arman Tatoyan wrote on his Facebook page that same day that all Armenian servicemen captured by the Azerbaijani military should be released and returned to Armenia. He said this must be done immediately and without any preconditions.

"It is absolutely unacceptable that there is no specific date in Point 8 of the November 10, 2020 trilateral statement regarding the exchange or return of prisoners or other detainees," Tatoyan wrote.

In essence, Armenia Prime Minister Pashinyan is holding the parents of missing and captured soldiers hostage in their own country, not allowing them to fight for the return of their children.

However, it will be difficult for the government propaganda machine to take countermeasures against these people. The cheap defamation methods adopted to date cannot be used to label the parents of soldiers.

Two months have passed since the end of the war. Bodies are being removed from the battlefield every day, and many parents are still waiting for their sons to return, whether alive or dead. They have been gathering at the doors of the government, the Ministry of Defense and the General Staff for two months demanding answers and action.

They post photos of their children on social media, hoping that someone might have relevant information. They continue to search in hospitals and morgues and participate in search operations.

Relatives of the victims and missing soldiers daily raise the issue about unidentified bodies in Armenia’s morgues. They talk about unidentified corpses rotting away in the morgues. According to them, the smell of rotten corpses from the morgue has been spreading all around for a long time. There is one sad story of parents looking for their son’s body on the battlefield, while for the past two month’s their son’s corpse was in a morgue. The slow identification of corpses is due to the lack of DNA equipment.

A government statement issued today says that 1,197 bodies have been found so far. The Ministry of Health published its last announcement on DNA research on January 8. It reads, "To date, 468 bodies have been identified as a result of forensic genetic testing."

Given that the reality of what was happening during the war was falsified, the public did not know the true number of victims and bodies remained in the morgue until they became unrecognizable. Let us emphasize that the number of victims was considered a state secret only after the end of the war. Surprisingly, during the war, we were informed about the losses of both us and the enemy every day. Later, after accepting the capitulation, the President of the Artsakh Republic Arayik Harutyunyan had to admit that we had 100 victims a day.

One of the parents, Maria Yerkanyan, posted the following on her Facebook page on January 5, addressing the wealthy businessman Samvel Karapetyan in Russia.

"Please, in the name of the missing soldiers in captivity, we beg you to send a DNA device instead of money, so that we can bury the dead as soon as possible.  Help us to get our captives returned. We do not have a strong government to solve these issues. We, the parents, cannot sleep or rest. They bounce us like a ball from one place to another. They do not listen; they do not help.

Human rights organizations in Armenia have also remained silent on the issue. They’ve done precious little to make the demands of the parents of missing soldiers audible. They do not demand war statistics from the government, nor do they demand accountability from the government on the issue of returning POWs and the missing. This is in stark contrast to the role played by NGOs in the 2018 ouster of the old regime.

It is no coincidence that parents and relatives of POWs and the missing have turned to journalists and lawyers for support. In the post-war period, two important institutions stand out: The Office of the Human Rights Defender and the Chamber of Advocates. The ombudsman is the only one who reacts consistently and operatively to all situations and events.

The Chamber of Advocates has filled the vacuum left by the NGOs. The President of the Chamber of Advocates approved the creation of a fact-finding group to gather information on "violations committed by the military-political leadership of Armenia and Artsakh during the hostilities, propaganda, military aid and combat ..."

The President of the Chamber of Commerce presented the public demand’s to PM Pashinyan - to publish all the written-oral commitments undertaken by the capitulation agreement, the term of return of the captives, etc.