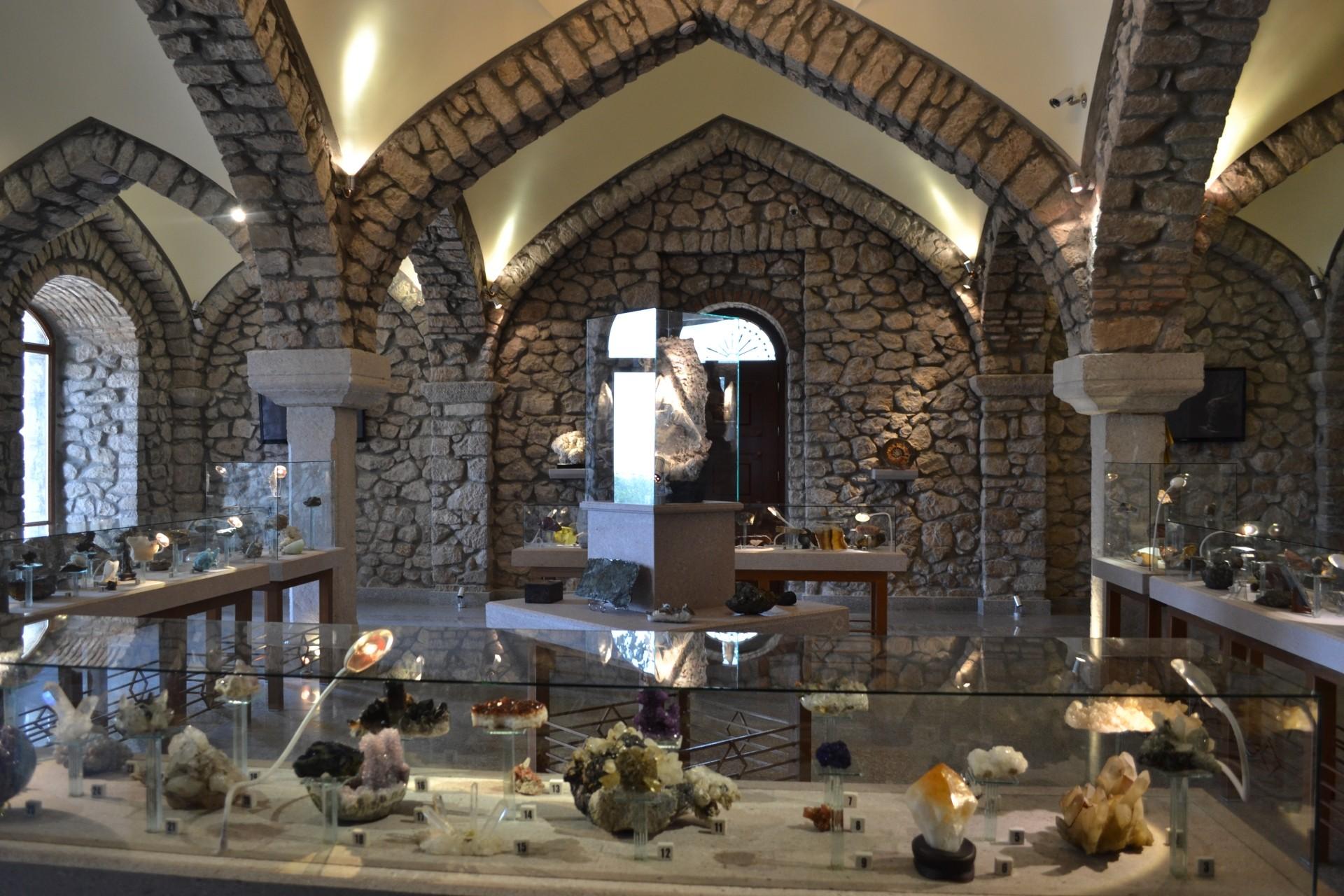 The collections of three of the four museums in Shushi (fine arts, geology, and history) are now in the hands of the Azerbaijani occupiers.

Fortunately, the exhibits of the Artsakh Museum of History and Geography in Stepanakert were removed from the war zone. Also saved were items stored at the Shushi warehouse ​​of the Artsakh Ministry of Education, Science and Culture (ESC) and the valuable rugs on display at the Shushi Carpet Museum.

Artsakh ESC Minister Lusineh Gharakhanyan avoided providing information on what cultural artifacts and items had been shipped out of the country. She told Hetq that such data is not yet subject to publication. However, in previous media interviews she did provide certain details.

Prior to the war, the Shushi Museums of Fine Arts, Geology and History were incorporated in a state non-commercial organization (SNOC) called the Shushi City Museums SNOC.

SNOC Director Lusineh Gasparyan told Hetq that in October 2020, the exhibits of the Geology and Fine Arts Museums and the Shushi Gallery were carefully packed and moved to the basement of the Fine Arts Museum, a 5-meter-deep bomb shelter. The removal was carried out with the help of sculptor Armen Petrosyan. Gasparyan says the items were shipped under Azerbaijani fire and that she remained at the Museum of Fine Arts until November 6. 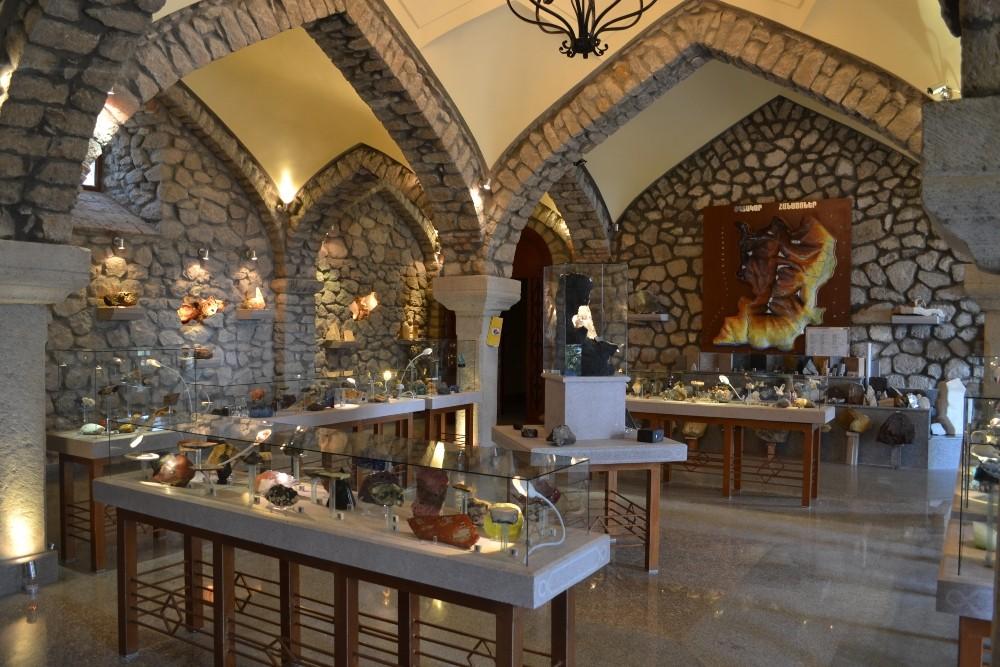 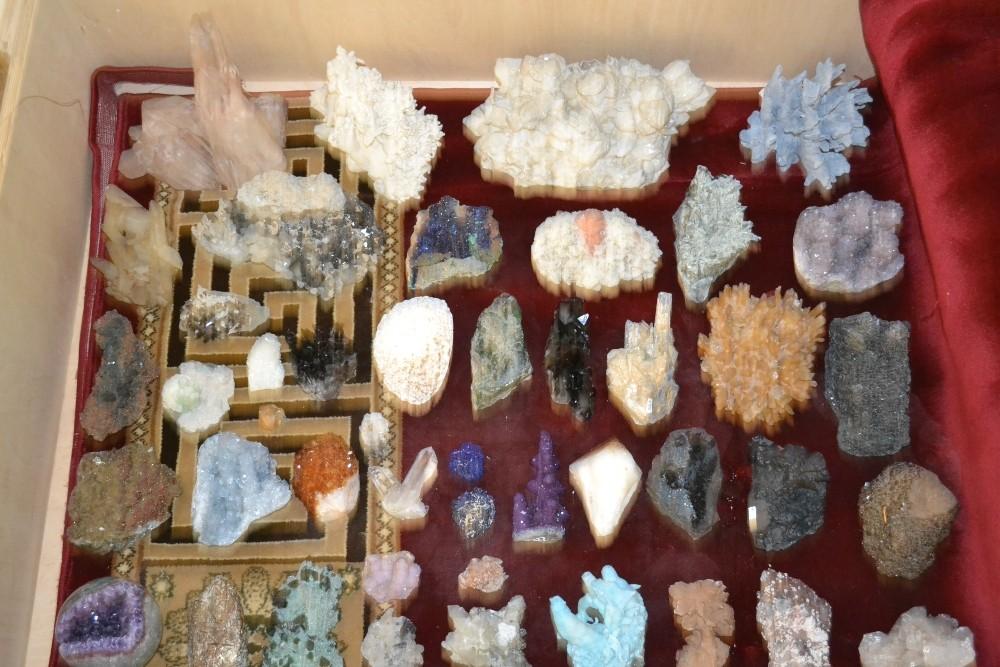 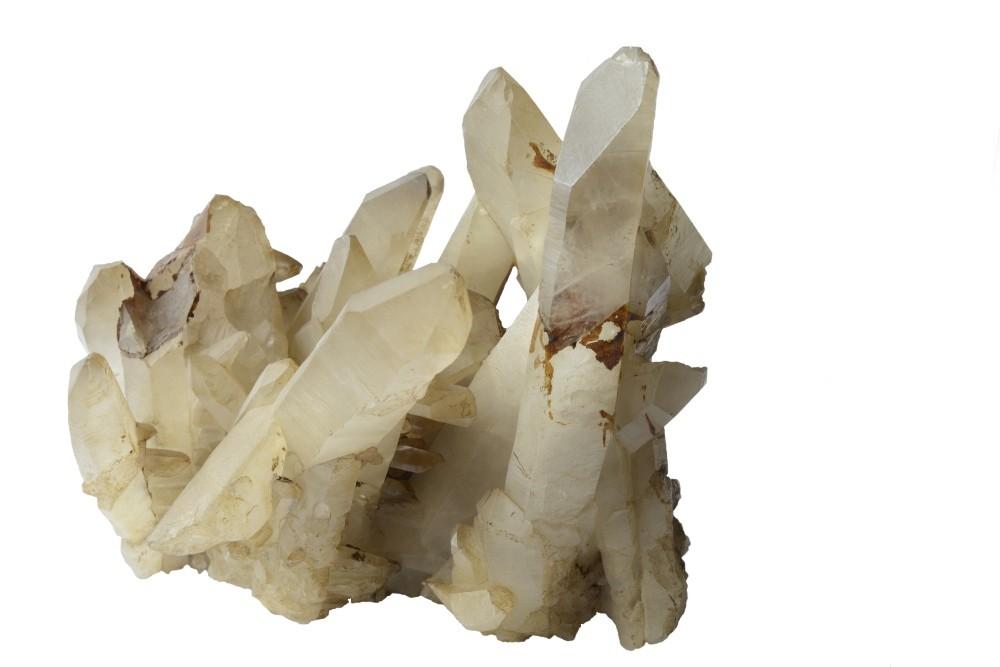 Gasparyan says that most believed that the items would be safe in the basement, even from incessant Azerbaijani shelling. When it became apparent that the war had taken a turn for the worse, and that Shushi itself was vulnerable. Gasparyan says she asked the Artsakh ESC Minister Gharakhanyan to remove the items and ship them to a safer place. She says the minister assured her that the artifacts and items were safe and should not be removed.

Gasparyan says that Shushi was considered impregnable. However, when the ministry demanded the return of three sculptures by Shushi sculptor Hakob Gyurjyan in late October, she realized that it was no longer safe in Shushi. These sculptures belonged to the National Gallery of Armenia and had been on temporary display at the Shushi Museum of Fine Arts since 2013.

"I was told by the Ministry of Culture that they were organizing the evacuation of cultural items and demanded Hakob Gyurjyan's three sculptures. I asked them, if you take out those three, why don't you take out the rest of the cases, because the rest are packaged and ready for shipment. They said that if they are in a bomb shelter, there is no need to remove them. But those sculptures were also in the bomb shelter. In that case, why were they worried about them?" Gasparyan asks.

When asked why the items on display and stored at all Shushi museums hadn’t been removed, Gharakhanyan said the entire country was being shelled, especially the roads, and that the cultural heritage of Artsakh had to be placed in bomb shelters.

According to Artsakh ESC Minister Gharakhanyan's reasoning, nothing of cultural value should have been evacuated, but the fact is that on October 25, the exhibits of the Artsakh Museums of History and Geography in Stepanakert, the cultural values ​​of Artsakh in the Shushi storeroom, and a portion of the carpets of the Shushi Carpet Museum were removed.

Archaeologist, Doctor of Historical Sciences, Professor Hamlet Petrosyan says the reason for the partial evacuation of Artsakh cultural items is because the buildings of the Shushi depository and the Stepanakert Museum were not safe. One wall of the Stepanakert Museum was destroyed, a new one was being built. The Shushi storehouse was an old building, and the archeological materials there could have been destroyed by the shelling.

Many believe that keeping the public in the dark during the war led to the loss of the cultural items. Shushi was considered invincible. That's why no one thought about getting those items and exhibits out as soon as possible.

After Shushi fell, the entire collection of the Geological Museum remained in the bomb shelter - 480 items of ore and organic fossil remains. The collection included ores from 47 countries of the world and 20 regions of Russia. Some are 1.2 billion years old. There are also samples from Artsakh, the oldest of which is 146 million years old. 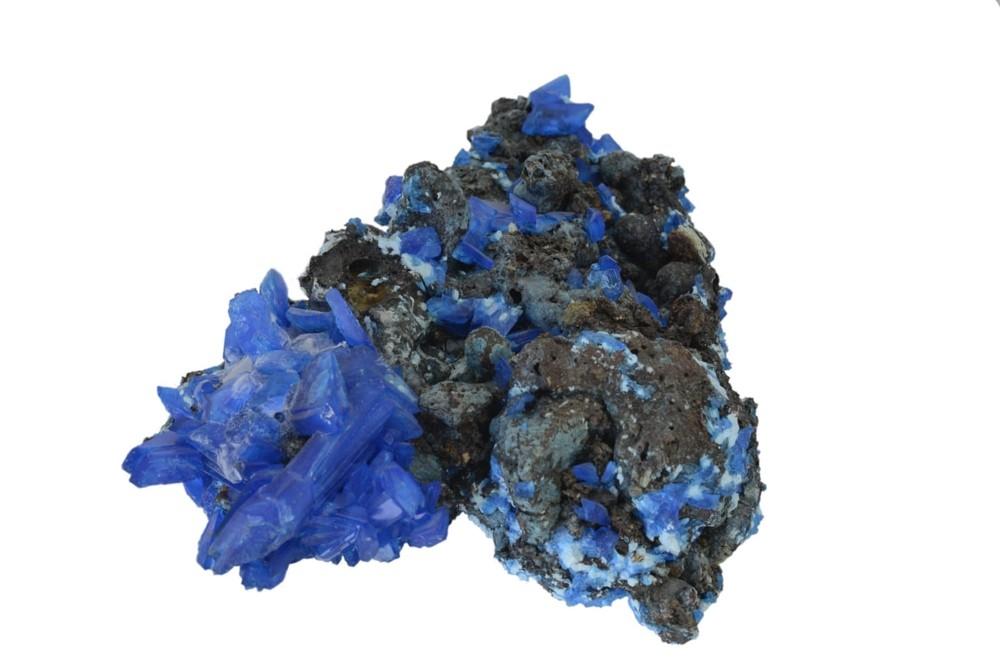 The Museum of Geology was founded in 2014. The core was the personal collection of Grigori Gabrielyants, Doctor of Geological Sciences, Professor, Minister of Geology of the USSR (1989-1991) and Advisor to the President of Artsakh.

"Over time, Professor Gabrielyants was constantly updating his collection, acquiring new exhibits. We had created a remarkably interesting museum with which we could compete with any similar museum in the world," says Gasparyan. 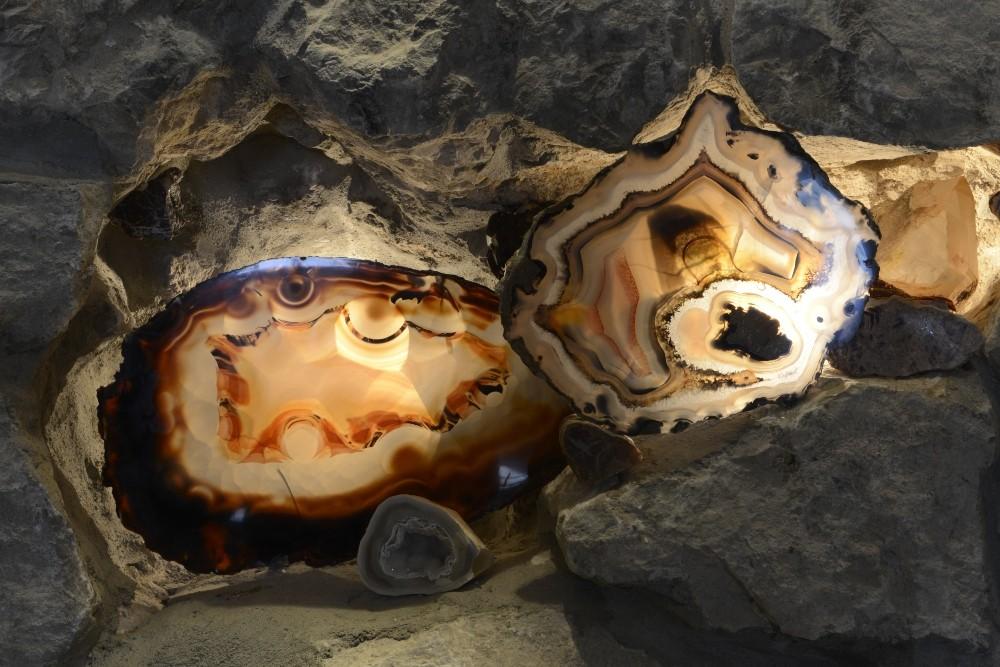 One year before the founding of the Geological Museum, again at the initiative of Grigori Gabrielyants, the State Museum of Fine Arts was established in Shushi.

“In 2010, Gabrielyants donated the first 30 paintings from his personal collection to the museum, a step that was followed by various collectors, painters, philanthropists, and benefactors. By 2020, we had about 800 works in the fund - canvases, graphic works, sculptures. The replenishment continued thanks to the donations of artists and collectors,” says Լ. Gasparyan. 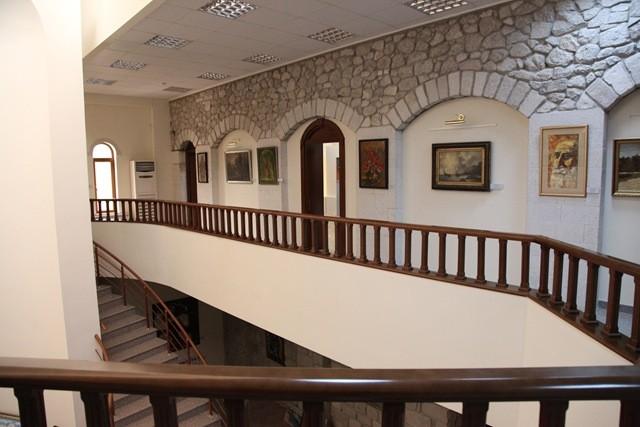 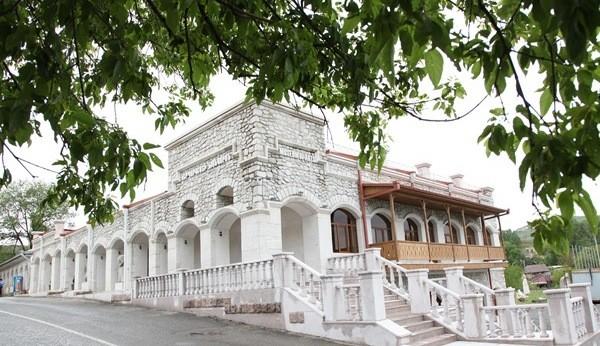 Lusineh Gasparyan says that Grigori Gabrielyants and the Artsakh Ministry of Culture are working together to get the museum specimens back from the Azerbaijanis through Russian peacekeepers, but so far nothing has been achieved.

The Russian Federation has set up a cultural commission, which has been sent a list of museum items.

"Professor Gabrielyants and I have written a letter to the Russian Ministry of Culture and the Ministry of Foreign Affairs. We are trying to save whatever we can, but in vain," says Gasparyan. 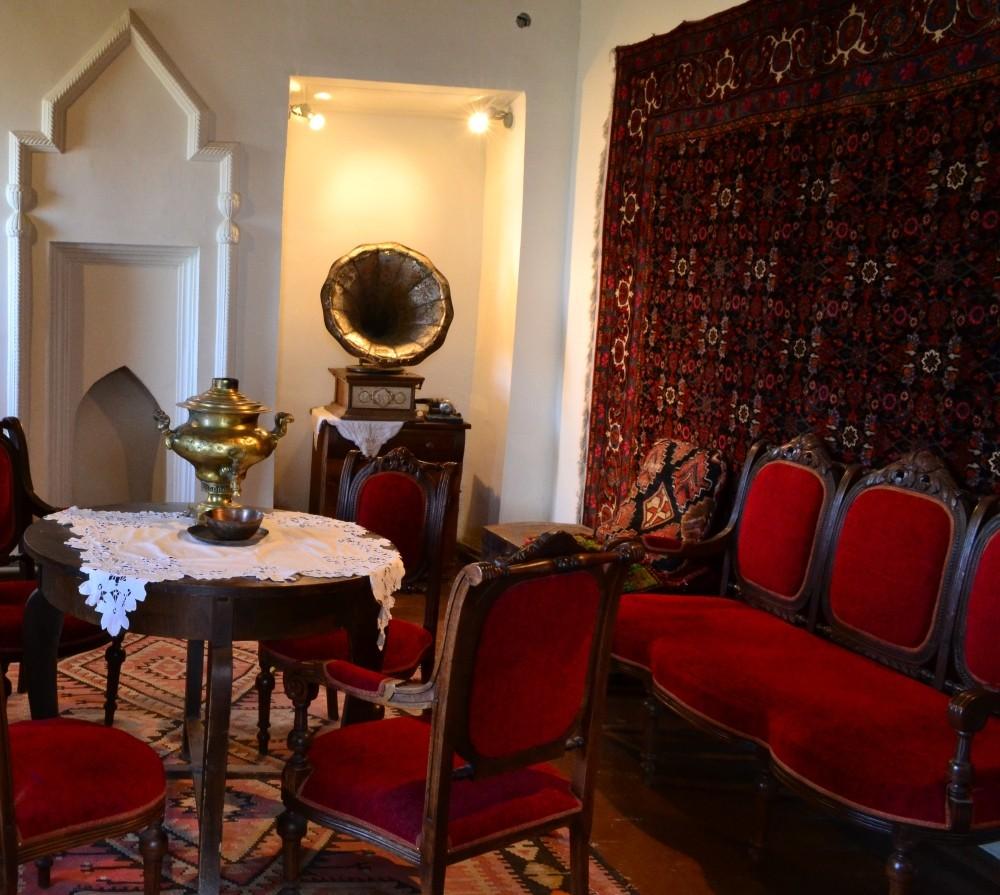 The entire collection of the Shushi History Museum remained as it was. Nothing was removed to the bomb shelter. Founded in 1992, the Shushi Museum of History displayed everything related to Shushi since ancient times. The samples found during the excavations in Shushi were displayed here. Daily life in Shushi was also exhibited. The interior of the house of prominent Shushi benefactor Tadevos Tamiryants was placed in one of the halls. Carpets, silver jewelry, furniture, local newspapers and literature printed in Shushi were also displayed.

This is how the Artsakh Ministry of Education and Science and every responsible state official should have acted.